DAME is ending plastic waste with its world-first innovation 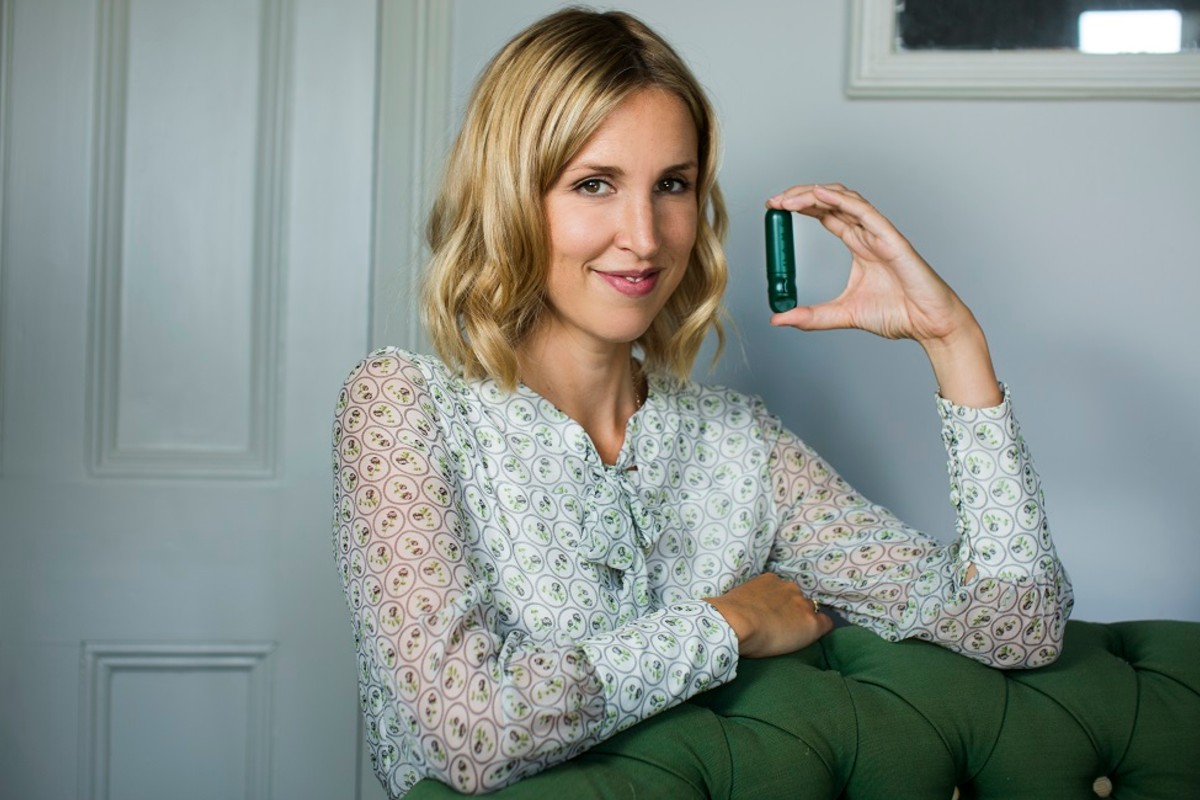 The war on plastic is a movement the global community is becoming more familiar with, but it extends much further than coffee cups, straws and shopping bags. In fact, sanitary items are among the biggest plastic contributors polluting our Earth.

Every year 100 billion period products are thrown away globally with the majority being plastic single-use items.

However, DAME Co-Founder Celia Pool says the startup is working to abolish menstrual taboo and create a world free from harmful plastics through its medically engineered reusable tampon applicator.

“In the UK alone, period products are the fifth most common plastic found on beaches.”

A passionate drive for producing innovative solutions for sustainable female products is just one of the reasons Veuve Clicquot recognised Celia with the prestigious Bold Future Award as part of its Bold Woman Award 2020.

“We strive to be bold and do things that previously weren’t thought possible.” – Celia Pool

Celebrating the inspiring entrepreneur’s trailblazing sprit, the accolade honours extraordinary businesswomen who pioneer all fields of business while embodying the courageous sprit of Madame Clicquot – knowingly or not. 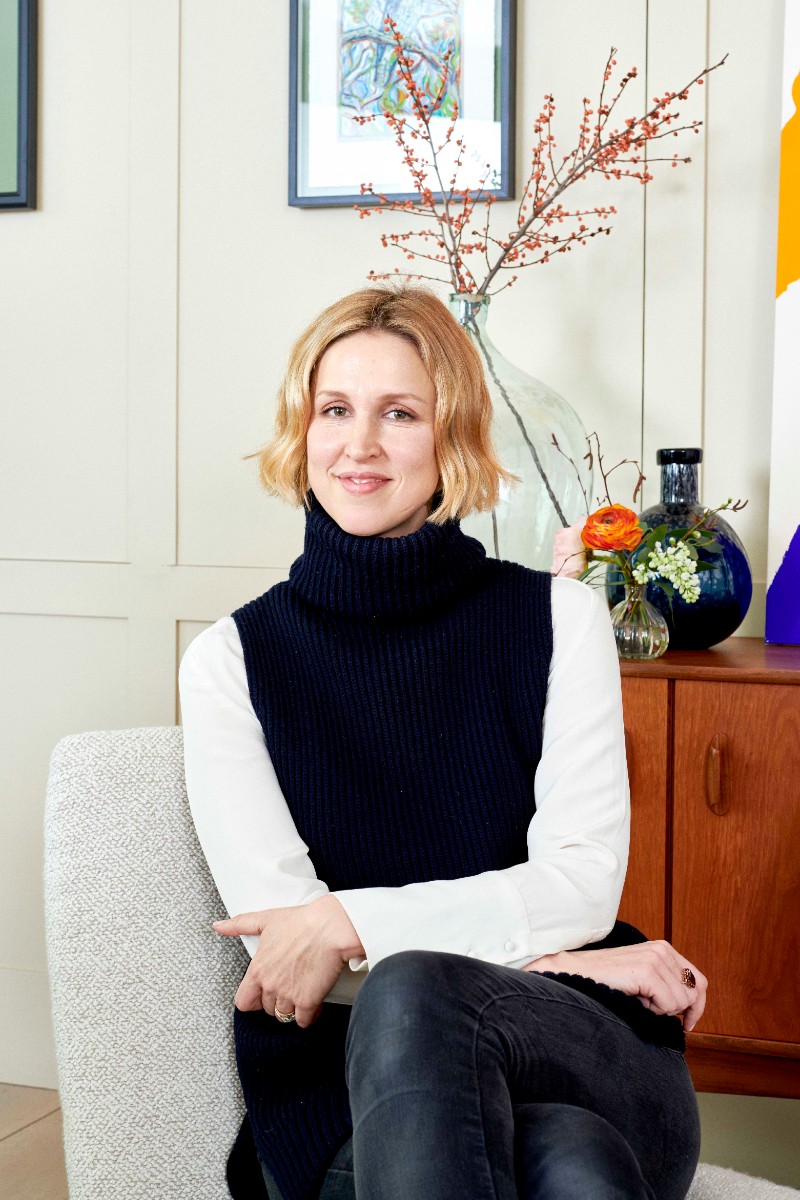 “I feel quite gobsmacked to be honest and very amazed,” Celia says. “It’s quite a prestigious award with incredible past winners so I feel very, very honoured.”

Not only does the UK-based company embody touches of Veuve Clicquot’s synonymous La Grande Dame moniker, but DAME embraces audacity in everything it pursues.

And the synergy doesn’t stop there.

“The word ‘bold’ is one of our values for our company. We strive to be bold and do things that previously weren’t thought possible,” Celia explains. “When we first said we were going to start doing this a few years ago, we had quite a few people roll their eyes.”

Following their instinct and ignoring criticisms played in DAME’s favour. At the time of the company’s launch, David Attenborough released his Blue Planet II documentary, completely changing the way the world sees plastic.

“Suddenly there was a gear shift and the world’s eyes were opened to the plastic waste going on in the planet,” Celia says. “People really started thinking seriously about making changes to their life.”

The businesswoman hopes the Veuve Clicquot award, which has been running since 1972, will help raise awareness around sanitary plastics and encourage people to be mindful about the products they use.

“Some 1.3 billion plastic applicators are thrown away every year and we all know now plastic doesn’t go away,” Celia explains. “If you imagine it as a mountain pile getting bigger and bigger and bigger – it’s because it’s not a topic that’s talked about because of its slightly taboo element. No-one’s really dealing with it.”

DAME’s medical grade reusable applicator, dubbed D, was created by a team of expert medical engineers. It is the first of its kind made from Mediprene, which has antibacterial properties that act as natural sterilisers.

Since the company’s inception, 300 million pieces of plastic have been saved due to women using the ingenious product. It now also sells reusable pads and organic tampons.

Incredibly, the venture has pledged to eliminate 15% of the 1.3 billion UK applicators that litter the ocean and landfill every year by 2022.

“For us, over the next few years, it’s making sure reusables are mainstream,” Celia says. “We have been so trained by advertising for so many decades, which says these products are discreet.

“No-one questions it. No-one talks about it. Everyone carries on using the same products and no-one understands the real problem – all the waste.”

Before DAME, Celia and Co-Founder Alec Mills were in the midst of launching a different sanitary product company. When they took a deeper look, they were shocked by how much plastic was used.

Toxic outer plastic packaging isn’t entirely where the trouble lies, with many pads and tampons laced with hidden plastic – from the chemically dyed strings to absorbent plastic layers.

“When we really took a look under the bonnet and realised that what we were selling was filled with plastic and all sorts of synthetics, we had to make a difficult change,” she explained. “At that point we had investors and people we were held accountable to – it was a very long, difficult process.

“We had a hunch; we had a feeling in our guts that DAME was the right thing to do.”

Its mission to encourage greener periods comes with cultural challenges ingrained in our society. Even in 2020, conversations around menstruation are largely taboo.

“For young girls coming into this, they’re already thinking something that happens to their body – which is one of the most amazing things because it means you can give life to another human being – is something to feel ashamed of. They want to hide it,” Celia says. “From the beginning, we’ve got to make periods aspirational.

“By bringing pads and tampons out, making them look acceptable and not dressing them up in shiny pink colours and horrible branding, by normalising them and making them look beautiful, that allows them to come into mainstream conversation.

“It really is quite critical that we start making sure we get this across and the new generation of women growing up feels comfortable enough in their bodies to make good, sustainable choices from the beginning.”

Change isn’t simply limited to women and non-binary people but men as well. In fact, educating young boys is crucial in normalising menstruation.

“Little boys, when they grow up, they need to understand this as well,” Celia says. “It will stop girls being embarrassed and it forces guys to have a much more mature understanding of women.”

From being crowdfunded by 5,000 people and being stocked on leading supermarket shelves in the UK to winning the Bold Future Award – the trailblazer has accomplished incredible feats. But she believes it’s just the beginning.

“We’re at the tip of the iceberg and we have so much more to do,” Ceila explains. “It feels amazing that there is validation for it and people are using it and we are managing to make change, but I realise there’s such a bigger issue out there that we need to go after and I don’t think we’ll be able to do it alone.

“Period products are only one part of the things being reused – there’s plenty more to go.”