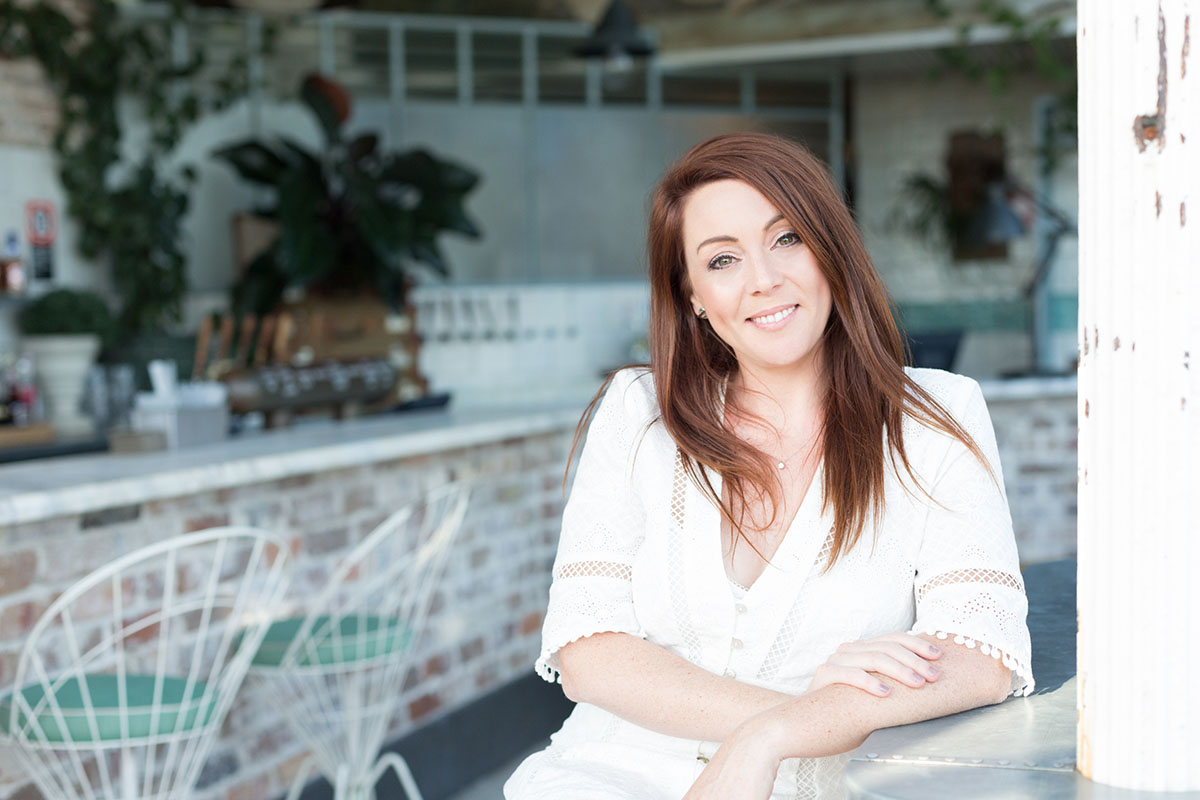 Christy Laurence may be the brains behind successful tech startup Plann, but it wasn’t until she was recovering from severe brain trauma that she had her golden vision.

At 28 years old, the advertising executive was struck with a vicious flu strain, which spread to her brain and caused her to temporarily lose her vision, balance and mobility. Christy was unable to move independently for two years and was told she would need a carer for life.

Dedicating her time to illustrating and flexing her creative muscles, it was then that Christy had her business epiphany – to launch an app that allows companies to benefit from Instagram.

“I couldn’t work at the time, so I thought if I could build an app, then I can have a small income and only work three days a week and focus on doing what I want,” Christy told The CEO Magazine. “The next thing I know, I’m doing 16-hour days talking to people all around the world. I was ridiculously optimistic.

“After the brain trauma, building Plann became my recovery. It was my escape – it became the light in my darkness.”

Fast forward a few years and Christy has returned from the US having taken part in in a three-day rollerskating camp and has her sights set firmly on launching more tech advancements, including her newly unveiled web app. And she shows no desire of slowing down.

“The biggest thing for me is that you have to have this internal perseverance, drive and passion because, if you are just getting up to make money, that dies off within the first six months,” she says. “If you’re not really passionate about what you’re doing, there’s no way you can get up and keep going.” Since Plann, an analytics app that teaches business owners what and how to schedule Instagram content, was launched in 2016, it has been downloaded more than 1.5 million times across 160 countries.

Of those first million, it was entirely organic. And it’s no small feat, given 90% of startups fail.

“Every single founder will hate me for saying this, but we experienced viral growth from our first day,” Christy says. “I was holding on for dear life that first year.

“I wasn’t expecting to have a viral success on my hands, so I had a whole bunch of problems other founders just didn’t have, like our website having one million visitors a month and getting hacked, or web servers going down because I hadn’t learned how to build architectures correctly – I didn’t have the time as I was doing customer support and putting graphic designs together and doing partnerships… I was running everything.

“There was a point where I sat down and I wrote out 17 job descriptions – I was doing 17 full-time jobs incredibly poorly.”

The tech founder started outsourcing her weaknesses and built her team to being entirely in-house with 14 employees in Australia and about 15 scattered across New Zealand, the Philippines, America and New Caledonia.

But it certainly hasn’t been without industry challenges.

“The biggest thing for me is that you have to have this internal perseverance, drive and passion because, if you are just getting up to make money, that dies off within the first six months,” – Christy Laurence

Despite just 11% of executive positions in the Silicon Valley, US, being held by women, Christy perceives it as advantageous to her career.

“I secretly love it. I get the chance to surprise people,” Christy told The CEO Magazine. “There are millions of challenges, but I’m that annoying optimist that sees the silver lining.

“It can sometimes take longer for people to acknowledge that I know what I’m talking about, or I get overlooked in conversations, or receive judgemental comments.

“When I work that little bit harder, it works to my advantage. One of the good things is, there’s never a line for the ladies at any event, and I’m quite memorable because I am the happy-go-lucky female, and once you learn I’ve done some great things, I get a little bit more respect.”

Without knowing anything about startups, the tech CEO established Plann solely by upskilling and educating herself.

For 10 months, Christy soaked up all the knowledge of industry experts while she worked for free at a web app agency, enabling her to branch out with her own venture.

“I taught myself how to do SEO and SEO copywriting while I still had a job, before I even had my idea,” she says. “But I’ve always been a massive nerd – one weekend I got sick and I taught myself HTML. That’s the type of person I am.” With a starving hunger and a buoyant obsession for knowledge, it seems innate that the tech founder is steaming ahead in an industry that is forever transforming.

In the first week of launching, the business made A$10,000 from app store sales and, more recently, Plann has hit the top 800 (out of two million) grossing apps in the world.

“It’s tricky, we have to be across all social media platforms and then we have a world of tech, which changes as well,” Christy says. “It involves a lot of reading, a lot of experimenting and talking to other experts.

“It’s like an onion, peeling back all the layers of the tech industry,” Christy says.

While many tech startups have shareholders and financial support, Plann is 100% owned by Christy, which only fuels her passion for business success even more.

“I like to call it being customer funded because, without our customers, I wouldn’t have a business,” she explains. “Instead of having stakeholders who throw money at me to fix problems, I have to go to my customers to solve problems.”

Vogue, KFC, Seafolly Australia, Miss America pageant and the New York University are just some of the world’s biggest companies using the New Zealand native’s app, which is a bridge to creating social media success.

“For me, it’s about taking anxiety away and giving empowerment back because social media can be so overwhelming and it can run people’s lives,” Christy says. “I wanted my product to be an extension of someone’s team.

“We’re the cheerleader in your team.”