Meet the US$16.2 billion man behind TikTok

While TikTok has become the definitive social media platform for gen Z, exploding in popularity in recent months, Founder Zhang Yiming prefers to stay out of the limelight. 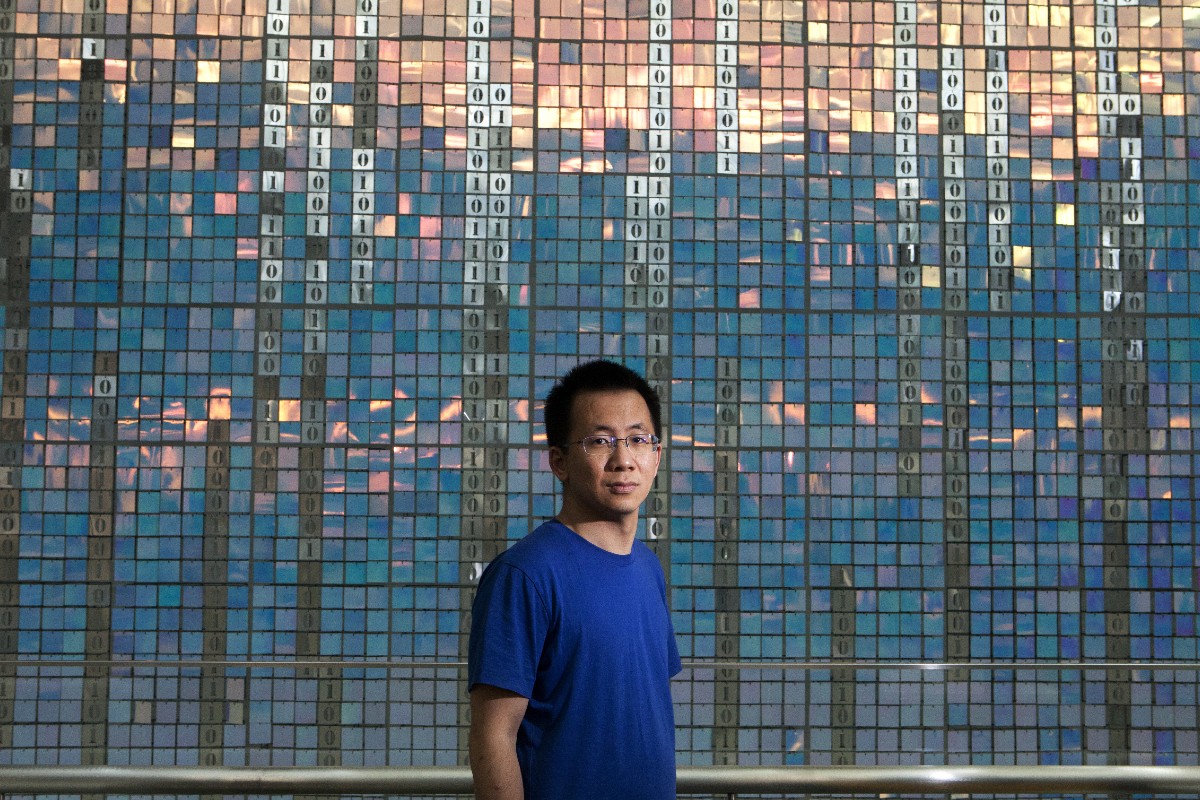 With millions of people around the world stuck in isolation over the past few months, many of us have had to find new ways to occupy our time, with the condition that it can be done from home. Some turned to making their own sourdough starters or soda bread, while online platforms offering official qualifications reported a surge in enrolments. Others decided to dive right into the popular ByteDance developed app TikTok.

The video editing and sharing app has been used to document the age of COVID-19 on a personal level, with some lamenting the loss of social lives, others satirising the ubiquity of video conferencing, and a number providing valuable health and safety advice. The app itself has even worked to promote official advice from the World Health Organization and local health authorities.

In the first three months of 2020 alone, TikTok brought in more than 315 million new users, setting a record for the most downloads any app has ever had in a single quarter. At time of publishing, the #quarantine hashtag on TikTok has racked up 59.8 billion views. But as much as COVID-19 may have driven thousands online in the search for distractions, TikTok’s popularity is hardly a nascent trend. The app quietly began life as Douyin (as it’s known in China) in 2016, but its sudden and meteoric rise in popularity saw it merge with US app Musical.ly in 2018, and it achieved huge success with millennials and gen Z.

But what of the man behind it? Often described in the media as ‘private’ and ‘secretive’, Zhang Yiming, the Founder and CEO of TikTok’s parent company ByteDance, prefers to keep a low profile, despite the massive success of his ventures.

Like compatriot and fellow entrepreneur Jack Ma, Zhang had an inauspicious start to his career. At university, he switched from microelectronics to software engineering, and upon graduation in 2006, he joined travel website Kuxun as its fifth employee and first engineer. A year later, he was promoted to Technical Director, and in 2008, he left Kuxun for Microsoft. The restrictive corporate environment was evidently not for him, however, and he soon joined a startup called Fanfou. This was ultimately unsuccessful, yet it heralded the career path Zhang would soon take.

With his erstwhile employer Kuxun in the process of being acquired in 2009, Zhang saw his chance. He purchased Kuxun’s real estate search business and transformed it into 99fang.com. It was his first foray into entrepreneurship, but the creation of ByteDance three years later would dwarf that initial attempt, earning him a spot on the China 30 Under 30 list by Forbes in 2013.

“We must work harder, we must also be more perfectionist.” – Zhang Yiming

The inspiration for Toutiao (ByteDance’s first major venture, a news aggregator) is an example of the saying, “Necessity is the mother of invention”. Zhang saw a need for something among Chinese mobile users – information. Users found it hard to find relevant information from existing internet companies, due to Chinese censorship laws and lack of distinction between ads and genuine search results.

But Toutiao went up against big players like Baidu by providing users with information that mattered to them through the use of algorithms. Despite the retrospectively obvious potential of the idea, it didn’t find backing immediately. Sequoia Capital initially passed on the concept, as did other investors, until Susquehanna International Group eventually backed the plan.

Two years after its launch, the app had more than 13 million daily users, and Zhang’s concept was vindicated by Sequoia Capital’s about-face; the investing firm put forward US$100 million in 2014 in support of ByteDance.

In 2018, the company secured a funding round of US$3 billion. And in the first quarter of this year, Reuters reported ByteDance’s revenue to be US$5.6 billion, representing year-on-year growth of 130%.

Given the state of China’s internet market, it’s impressive that Zhang was able to achieve so much success. With the market dominated by Tencent and Alibaba, the startup was apparently the first to seek neither funding nor protection from either, and has emerged as a successful challenger for the attention of mobile users. Even more impressive is the fact that ByteDance has exported its success overseas, a feat rarely accomplished by other Chinese tech giants. As Zhang has said in the past, “Google is a company without borders. I hope Toutiao will be as borderless as Google.”

Today, ByteDance’s success has made Zhang the ninth wealthiest person in China, with his personal wealth estimated to be US$16.2 billion, at the tender age of just 37. As Chair of ByteDance, he personally holds 24% of the company. He has been recognised in a list of top 100 entrepreneurs over the last 40 years by the All-China Federation of Industry and Commerce and the United Front Work Department for his contributions to the private economy.

It’s possible that Zhang’s success comes down to his belief that, “We must work harder, we must also be more perfectionist”, an echo of Jack Ma’s emphasis on diligence and an unyielding work ethic. While such a focus on productivity can be a source of health concerns across Asia, it’s quite possibly a big driver behind Zhang’s achievements.

“Google is a company without borders. I hope Toutiao will be as borderless as Google.” – Zhang Yiming

ByteDance is seeing no decline in its popularity with investors and is continuing to diversify, adding not just new software to its raft of apps but hardware too. At the end of last year, ByteDance released its own smartphone, the Jianguo Pro 3. It’s evidence that Zhang is more than willing to adopt new ideas when sensible, something that’s also evidenced by his use of TikTok.

“For a very long time, I was merely watching TikTok videos without making any of them myself, because it’s a product mainly for young people,” Zhang said in an interview with the South China Morning Post . “But later on, we made it compulsory for all management team members to make their own TikTok videos, and they must win a certain number of likes. Otherwise, they have to do push-ups. It was a big step for me.”