Having led a diverse and distinguished cross-industry career, Carnival Australia Chairman Ann Sherry has opened dozens of doors for women – and she’s not done yet. A seasoned business executive and a driving force behind the women’s rights movement in Australia, Ann Sherry prides herself on challenging the status quo.

After starting her career as a radiographer – solely because her mother wanted her to marry a doctor – Ann returned to university to pursue her passion for economics and politics.

“I discovered something I truly loved. I jumped when opportunity came, and I did things that people told me I shouldn’t. I’ve learned that I’m completely counter-suggestive,” she laughs.

“My journey has been a long and winding road, not a systematic set of steps. You have to find yourself and you have to be yourself; your power is internal, not external.”

In the early 90s, Ann became First Assistant Secretary of the Office of the Status of Women in Canberra, where she advised the then-Prime Minister, Paul Keating, on how to improve the status of women in the country.

She even went on to represent Australia in the United Nations forums on human rights and women’s rights in the workforce.

Ann says one of her career highlights is the part she played in rolling out the private sector’s first paid maternity leave scheme during her time as CEO of Westpac New Zealand.

“It was a huge achievement and it really changed the world of work for women having kids and being able to come back to work,” she remembers.

“We created a ripple effect across corporate Australia and we changed their views on paid parental leave.”

During her 12 years with Westpac, Ann became the first female bank CEO in Australia and New Zealand – pioneering cultural change, community engagement and customer focus at the Bank of Melbourne. She also advocated for flexible working options for all staff. Then in 2007, Ann shocked everyone when she accepted the top job at Carnival Australia, the largest cruise ship operator in Australasia.

“I wasn’t hired at Carnival because I knew the business – because I didn’t know a thing about ships. I was hired because they needed someone to remake the business and restore its reputation,” she points out.

“When you’re leading, don’t pretend you know stuff you don’t, because people will see right through you. The stuff you don’t know, you can learn.
“When an opportunity presents itself, you have to ask yourself, ‘This may never come again. If I let it go, will I regret it?’”

During her 10 years as CEO and subsequent two years as Chairman, Ann has breathed new life into the Australian cruising industry, repositioning it as a popular form of holidaying once again.

With her at the helm, Carnival’s annual cruise numbers skyrocketed from 100,000 to more than one million and the business continues to experience double-digit growth each year.

“We realised that we needed communities to want us to come, so we had to turn our business around. We went from assuming that we were good for people, to sitting down with communities and asking what they wanted,” Ann explains.

“They wanted jobs, better school systems, basic healthcare, and they wanted us to be environmentally sustainable. We’ve since partnered with NGOs like UNICEF, as well as the Department of Foreign Affairs and Trade.”

In every community it visits, Carnival Australia works to establish a school, health centre, and at least 20 small businesses that weren’t there before. According to Ann, her people are her secret weapon.

“We hire largely on attitude and desire because customer service is more than a skill, it’s a way of seeing the world, not just something you can test for.

“You also need diversity; 10% of our staff are from the Pacific, and they share stories from their communities that we never could. They bring it to life.” 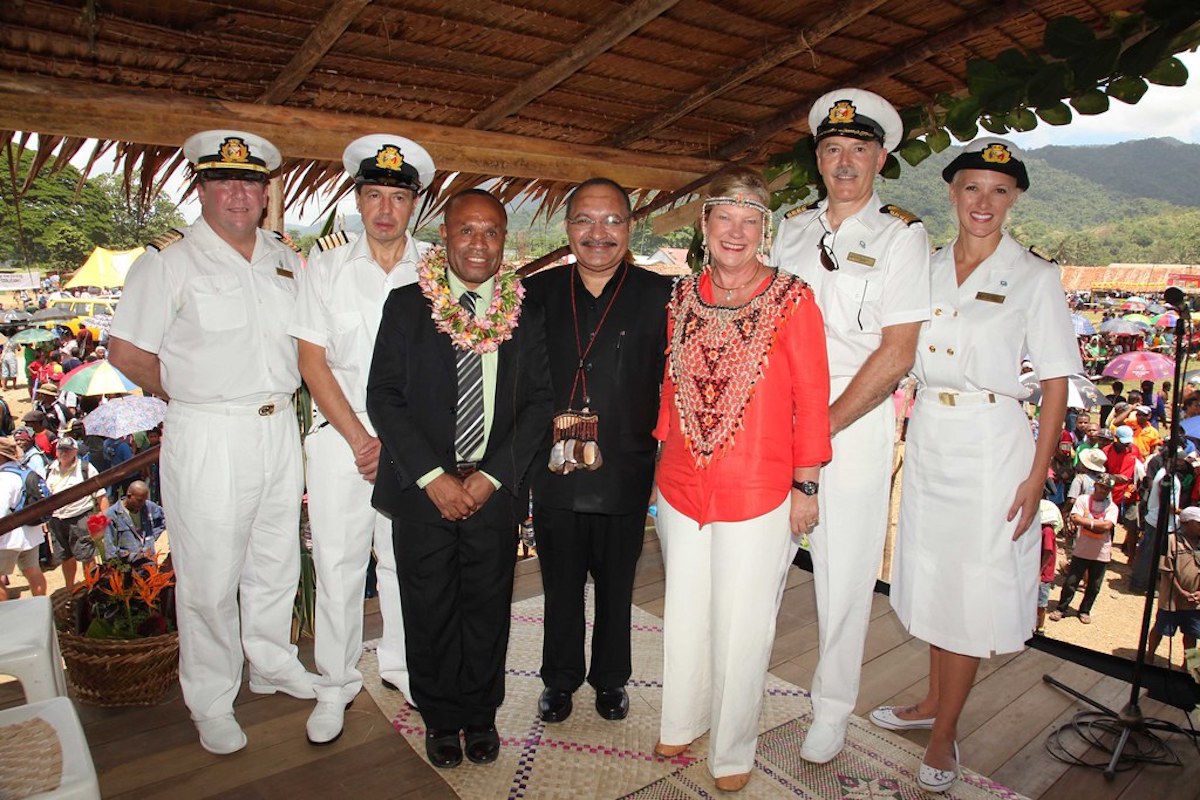 She is a strong advocate for creating opportunities in indigenous communities; for encouraging children to choose STEM pathways; and for putting more women in leadership positions.

When it comes to the latter, Ann believes more businesses need to translate their promises into actions.

“You can’t just hire a lot of women and see how it goes. Cultural change has to be deliberate. We also need to normalise caring for men and women, because there need to be as many men taking their parental leave as women,” she urges.

“Ultimately, men standing with women is half the change.”

Rather than mentors, Ann believes it’s far more effective for women to seek out sponsors within their organisations.

“Mentoring has become quite transactional and passive, and unless your mentor is willing to sponsor you when the next round of promotions come, they’re useless,” she laughs.

“Don’t just sit back and wait to be noticed – put yourself forward and put others forward. This journey is a ladder and we all need to keep pulling people up with us.”

Read next: How unconscious bias could be affecting women in the c-suite