This is the one trait all great leaders possess

Dr Kirstin Ferguson is a director on four corporate boards and most recently the Deputy Chair of the ABC. Today, she explains to Susan Armstrong exactly what it takes to successfully lead through any storm, but especially right now. 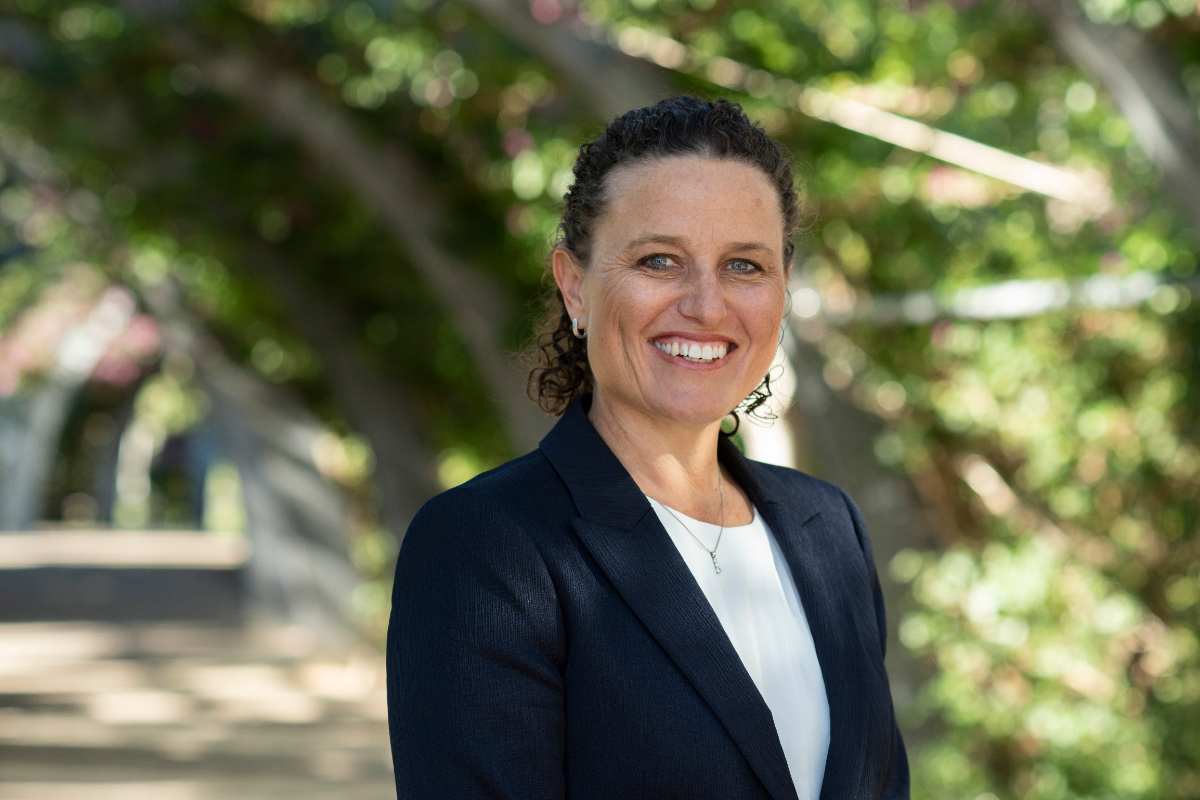 What role does a leader play in times of strife? Most would agree that in moments like these – when the world has been brought to its knees by unprecedented global health and racial pandemics – exceptional leaders rise to the top with transparency, authenticity and empathy. People like Dr Kirstin Ferguson, whose energy and enthusiasm for her purpose – making good leaders truly great – knows no bounds, even in the precarious moment we are speaking.

When we meet over Zoom, I’m immediately struck by her optimism and passion for her work and the future. A business leader, company director and leadership coach to some of Australia’s top executives, it’s no surprise she’s a much sought-after speaker and corporate advisor.

Sitting on a range of company boards for more than a decade and as a business leader herself for even longer, Kirstin’s list of achievements is extensive, but at a glance, there’s the award-winning book she co-wrote, Women Kind; the viral social media movement she created, #CelebratingWomen; her executive career as the CEO of an international consulting organisation; her work as a senior executive at a large corporate law firm; and her time spent as an officer in the Air Force.

“Every single one of us is a leader, regardless of what it says on our business card.” – Dr Kirstin Ferguson

Kirstin is also currently a director on four corporate boards and was most recently the Deputy Chair of the ABC after being appointed by the Prime Minister of Australia to lead the national broadcaster through a very public crisis in 2019. Kirstin is a Fellow of the Australian Institute of Company Directors, a QUT Colin Brain Corporate Governance Fellow, a Sir Winston Churchill Fellow and has been recognised, not surprisingly, as one of Australia’s 100 Women of Influence. In 2020, Kirstin was named QUT Business School Alumni of the Year.

But that’s just a snapshot of her very impressive resume. What Kirstin’s accomplishments might not reflect is just how great she is. And when I say ‘great’, I mean kind, funny, open, warm and with a real generosity of spirit, and a passion for life. This is a woman clearly living her purpose, genuinely and wholeheartedly supporting other women, making a true difference, and loving every damn minute of it.

“My purpose has been created by every experience I’ve had for the last 30 years of working, good and bad,” Kirstin explains. “I love that I can relate to different leaders and I hope inspire them to be as good as I know they can be. Every single one of us is a leader, regardless of what it says on our business card. We’re all impacting other people’s lives every single day, whether we realise it or not. I want to help leaders focus less on their intellect, and more on their emotional intelligence so that they can make a difference in the world.”

Kirstin’s personal impact on the world around her is no less impressive than her mission to help others do the same. The social media campaign she created in 2017 – #CelebratingWomen – quickly turned into a viral movement, starting with a post about her mother and culminating with the global celebration of 757 women from 37 countries. This then led to the award-winning book, Women Kind, she co-authored with journalist Catherine Fox a year later. And yet, Kirstin still calls herself an ‘accidental activist’. Why?

“Because I definitely am,” she laughs. “I never expected or sought to create a social media movement. In fact, I was someone who kept my head down about gender issues for most of my career, so to find myself loudly and proudly celebrating two women every day for a year was not something I’d ever expected. But it also became the most rewarding year of my career.”

Kirstin’s now louder and prouder than ever. She’s incredibly passionate about women supporting women, gender equality, and diversity and inclusion in the workplace. “I believe diversity is the outcome, but inclusion has to be the strategy, and I don’t think we’ve focused nearly enough on the latter,” she explains. “Inclusion is where the leaders of the company and the culture truly understand that they need to change and that the benefits for that business will flow from having diverse people in the workplace, whether it’s women or people from different ethnicities, with physical disabilities, different sexual orientations. Whatever it is, unless we make workplaces inclusive, diversity is never going to happen.”

One thing is for certain; this kind of necessary change needs to come from those in a position of power. So what’s the one trait every leader should possess? “Empathy,” Kirstin says emphatically. “Unless you can truly put yourself in the shoes of those you’re leading, you can’t possibly lead effectively. You might be able to undertake a transaction, complete an acquisition, or take over a whole industry, but unless you can understand those you are trying to galvanise in the direction you’re heading, all of that will be for nought.”

There’s no doubt we’ve seen some leaders really shine through these turbulent times and there are three in particular Kirstin wants to call out. The first being the CEO of Marriott International, Arne Sorenson. 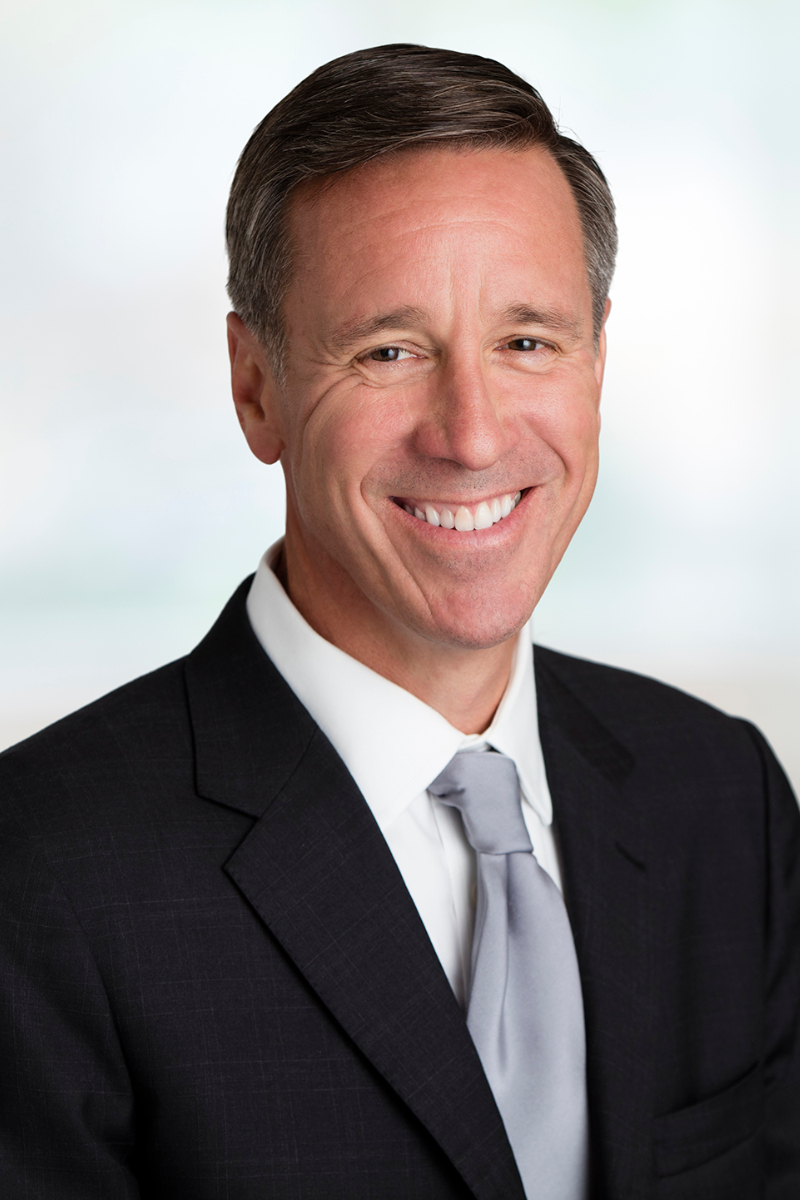 “I hadn’t heard of Arne before COVID-19, but he put out a really powerful five-minute video to his hundreds of thousands of team members right at the beginning of the pandemic, where he was able to be incredibly authentic, emotional, humble and vulnerable. He was also able to really balance that with a decisiveness of where the company was going and how they would succeed together. If you haven’t seen his video, find it and watch. It’s really fantastic and it shows what a resolute and courageous leader he is.

“The second is Adam Silver, who’s the Commissioner of the National Basketball Association in the US. Again, I’ve never had any cause to know about his work, but he was one of the very first senior leaders, particularly in the US, to make a high-profile decision to suspend the basketball season way back in April. And you can imagine in the US, he would have had corporate sponsors, his board and the broadcasters all saying, ‘What on earth are you doing?’ But his ability to make that decisive choice in the face of little information was a real hallmark of a strong leader and he was proven to be right.

“Unless you can truly put yourself in the shoes of those you’re leading, you can’t possibly lead effectively.” – Dr Kirstin Ferguson

“And the third is someone who is always mentioned: Jacinda Ardern. I think she lives and breathes empathetic leadership. She’s also particularly skilful at adapting her leadership style. She knows that one day she might be at the podium being very strong and decisive – a ‘traditional’ leader in that sense – making decisions for the safety of her country, but then the next night she might be on her sofa at home in her tracksuit on Facebook Live answering questions from fellow citizens. I think that ability to know that you’re still leading in any environment and adapting your style to what is needed in that moment is really the kind of leadership that we need for the future.”

As for Kirstin’s wishes for times ahead, she hopes that we begin to place as much stock in our understanding of what makes an effective leader as we do in thinking about innovation and disruption, having a good strategy and the right balance sheet. “Yes, they’re all very important, but we don’t seem to focus enough on coaching, training and educating our leaders in ways that work practically. We need to equalise the importance of intellect with that of emotional intelligence. If we can get it right in business, then we get it right in government and across the board.”

Until that time comes, hopefully in the not-too-distant future, Kirstin is simply going to enjoy these moments; her successes, challenges and achievements.

“I think my greatest achievement is that I’m still here, standing and smiling, loving what I’m doing. I believe leadership is just a series of small moments, good and bad. I’ve had lots of really amazing moments and lots of difficult moments, but in the end, I’m 47 and I’m happy with who I am. I have two beautiful adult daughters, and I’m happily married. I feel that’s what I’m most proud of.”