LVMH reported sales of US$16.7 billion in the first quarter of 2021, an increase of 30 per cent on an organic basis from a year ago. 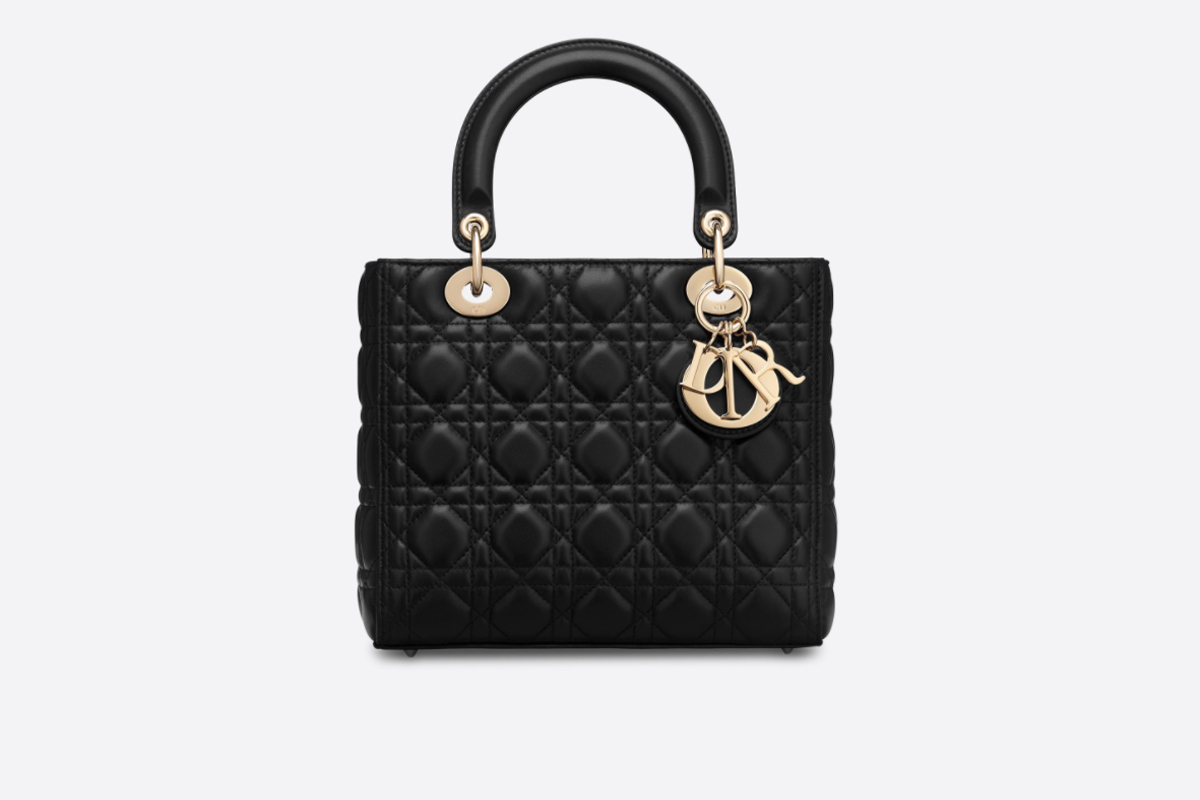 LVMH reported sales of US$16.7 billion (€13.96 billion) in the first quarter, an increase of 30 per cent on an organic basis from the same period a year ago when the coronavirus pandemic triggered the first lockdowns and store closures. The revenue even exceeded 2019 levels, before anyone heard of COVID-19, by eight per cent.

If the trends in the first quarter continue, LVMH, whose Chair and CEO is billionaire Bernard Arnault, is on track for its annual revenue to exceed pre-pandemic levels this year. Fashion and leather goods, which account for nearly half of the company’s revenues, achieved record levels of revenue. The US and Asia experienced strong growth, while Europe is still suffering badly from the pandemic due to continual store closures across several countries and the lack of tourism. Sales in Asia, excluding Japan, were up 86 per cent from a year ago, and rose around 23 per cent in the US.

“The Fashion & Leather Goods business group achieved organic revenue growth of 52 per cent in the first quarter of 2021 compared to the same period of 2020 and 37 per cent compared to that of 2019,” LVMH said in a statement.

“Louis Vuitton, driven by its strong creativity, enjoyed a remarkable performance. The timelessly elegant Capucines bag was showcased and several innovations were unveiled during the runway shows. In Japan, Louis Vuitton reopened its historic flagship store in the Ginza district of Tokyo following extensive renovation work.

“Christian Dior enjoyed an excellent start to the year. The Lady Dior bag continued to be very successful and the new ready-to-wear collections have had an excellent reception. Fendi unveiled the first collections by Kim Jones. Loro Piana presented its new collections. Celine had great success with the creations of Hedi Slimane. Loewe continued its very successful expansion of the lines created by J W Anderson. Marc Jacobs performed very well.” 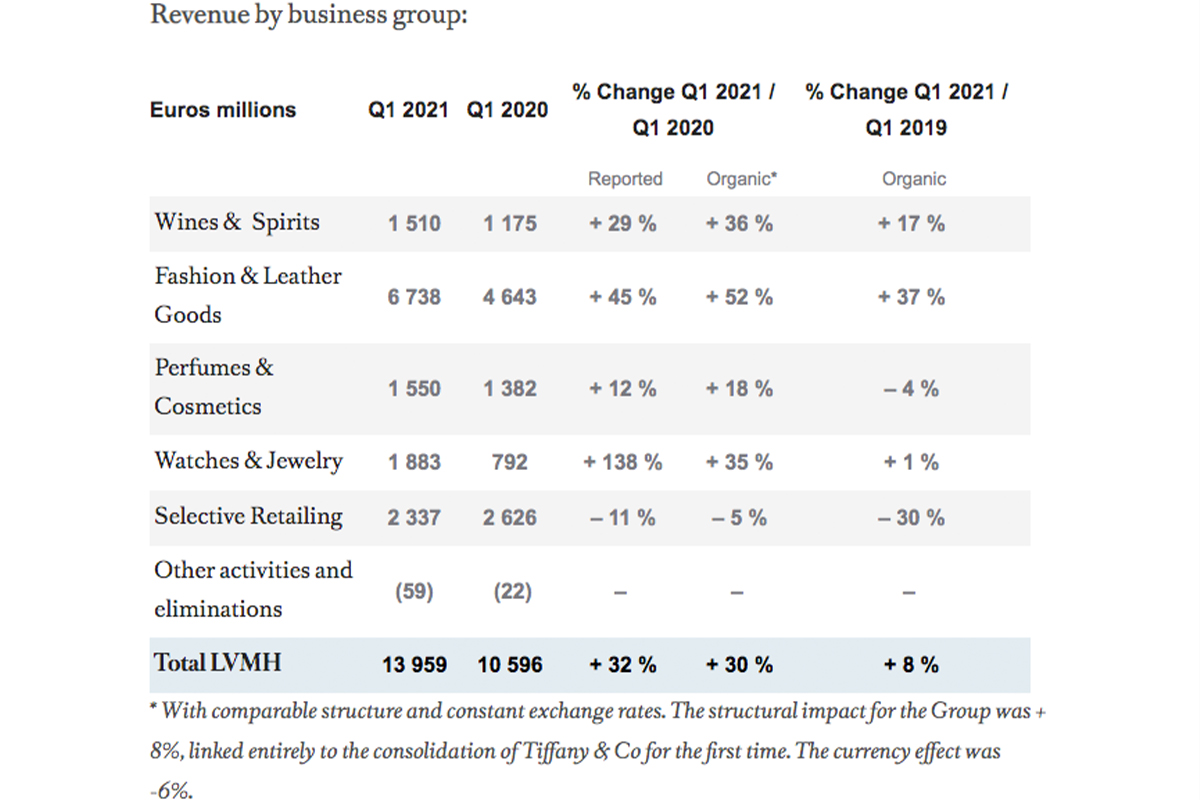 Several innovations were unveiled at other brands during the quarter, including the Serpenti Viper collection by Bulgari, the new Joséphine creations by Chaumet and the Pretty Woman collection by Fred. In watchmaking, TAG Heuer announced a major collaboration with Porsche, including launching the TAG Heuer Carrera Porsche Chronograph.

LVMH finished the US$15.8 billion acquisition of Tiffany in early January after a legal battle.

Investors have warmed to the future of the sector. LVMH shares have risen 52 per cent since the end of the second quarter, while smaller rivals Richemont and Kering have grown by 54 per cent  and 30 per cent, respectively.