Here’s how to demonstrate that you care (hint: it's not just rainbow washing). 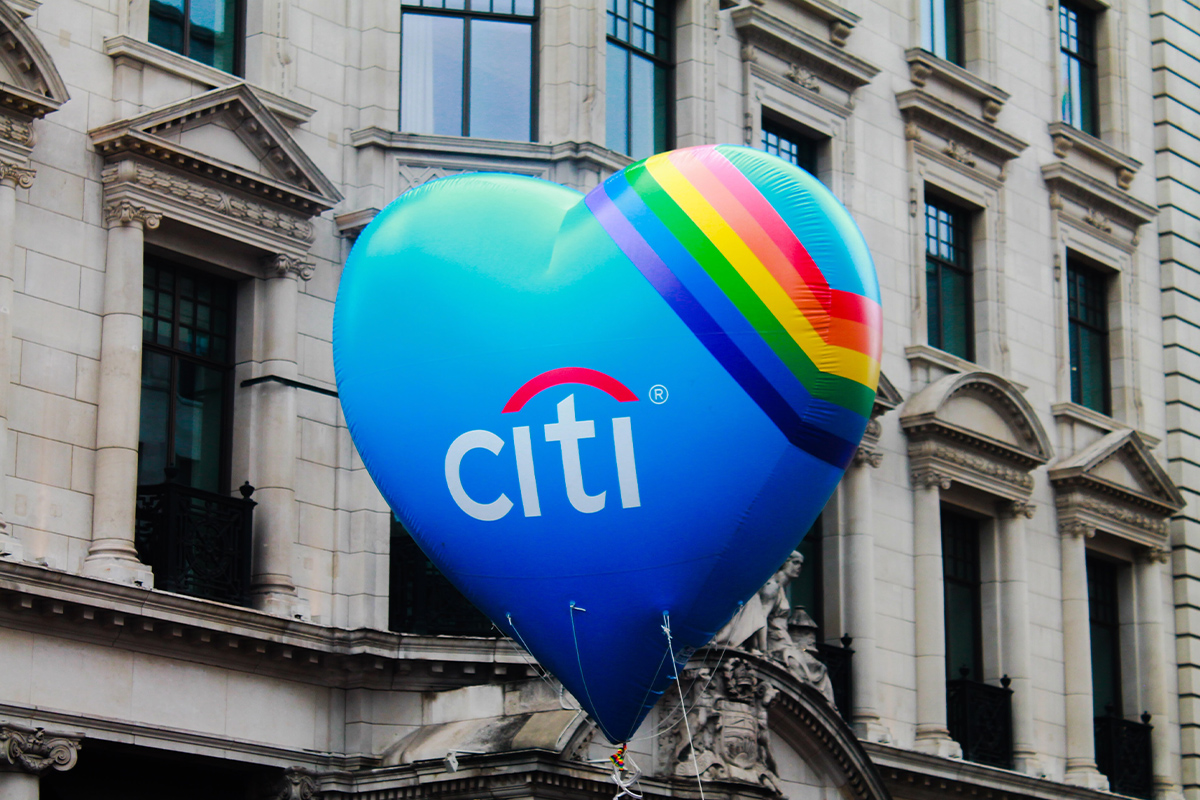 This week Elon Musk ridiculed Twitter alongside other major tech firms who have updated their corporate logos with the familiar rainbow for LGBTIQA+ Pride month. The meme depicts an imminent dust storm overshadowed by rainbow coloured logos labelled with the words, “June is almost here”.

While some may have taken offence to his bold statement, it raises the question of how genuine companies are by simply changing the colours of their logo and introducing a Pride campaign or making a US$20,000 donation while the remainder of the year is spent with little concern for the LGBTIQA+ community.

“While it’s encouraging to see brands make an effort to reach and represent the LGBTIQA+ community around Pride, this needs to be a year-round endeavour and it needs to be done in a way that feels authentic,” Karmarama CEO Ben Bilboul explains.

On the other hand, Bilboul says, if you decide not to be part of this critical conversation you’ll be missing an opportunity, as there’s an expectation from brands to positively represent LGBTIQA+ people.

In the US the total buying power of the adult lesbian, gay, bisexual, transgender and queer population is an estimated US$917 billion and more than half of millenials prefer equality-focused brands. It’s also the fastest-growing consumer market there. However, these consumers are the same ones that value and can identify opportunism at the blink of an eye, which has the capacity to tarnish your brand image.

Before you forge ahead and end up with the hashtag #RainbowWashing or in a billionaire’s meme that presents your brand in a negative light, here are a few things to keep in mind to keep your company’s reputation intact and authentically engage with this community.

The proven ways to get Pride month right 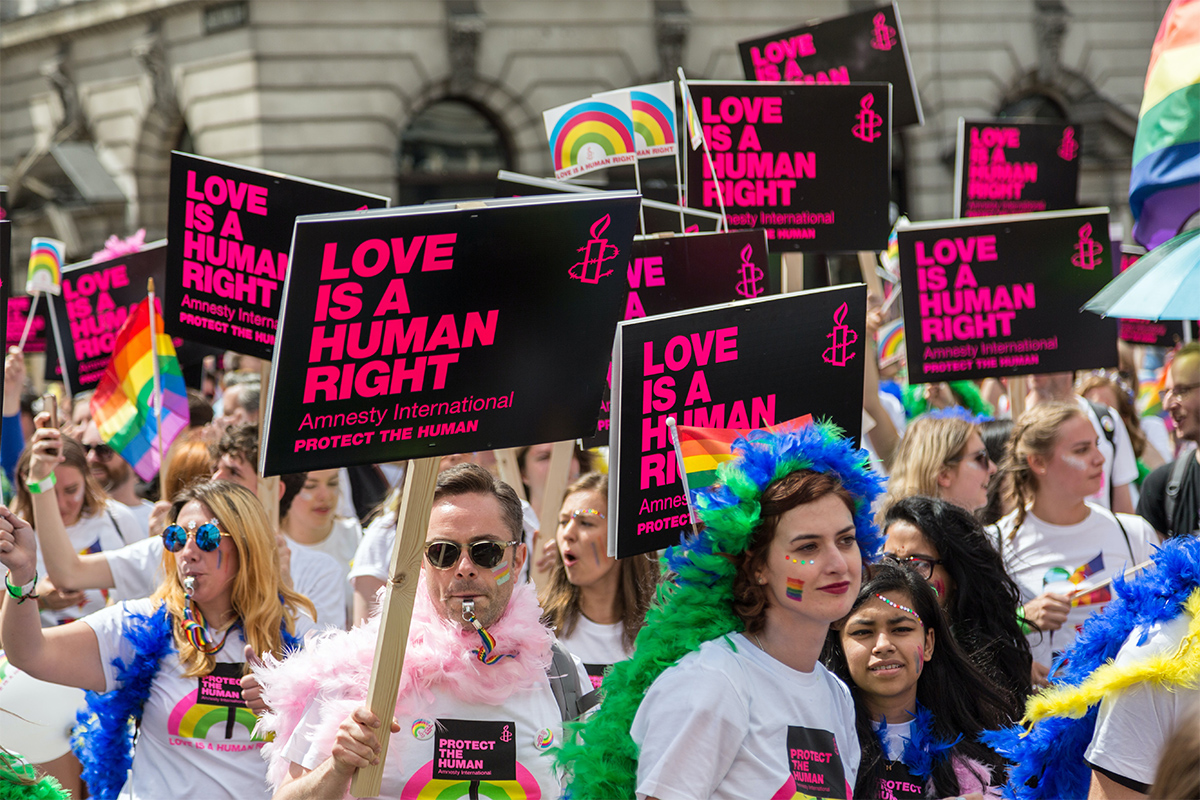 Learn from other brands

In 2008 when Absolut became the first spirits brand to decorate its bottle with the Pride flag this was by no means a shallow attempt to win more customers. Not only did the brand collaborate with the flag’s creator, Gilbert Baker, but importantly diversity had been woven into its DNA since its Founder Lars Olsson Smith launched Absolut in 1879.

Partnering with a not-for-profit as opposed to releasing rainbow gear onto the market just to pay lip service to LGBTIQA+ rights won’t go unnoticed. Washington-based House Wine for instance has been joining forces with the Human Rights Campaign (the largest civil rights organisation in the US) since 2017. A portion of its rainbow-colored limited edition cans are donated to the HRC.

However, donating to a charity or launching limited edition products that benefit the LGBTIQA+ community is by no means the only way you can show your support. Consider becoming one of the best workplaces for equality and LGBTIQA+ workers through the Corporate Equality Index – a national benchmarking tool.

Think outside the rainbow

If there isn’t a compelling reason or link your brand has to the LGBTIQA+ community you might want to build credibility by taking small steps. It could be as simple as introducing LGBTIQA+ stories into your content strategy, acknowledging Pride month on your social media channels or re-evaluating your imagery library. Perhaps your data indicates that non-heterosexual men use a particular product or service, or that your employees feel that your workplace could be more inclusive. These are great incentives to initiate action.

Thomson Reuters has some useful suggestions for taking part in Pride month – one being an internal t-shirt design contest and volunteer initiatives.

Support LGBTIQA+ initiatives throughout the year

If you truly intend to support the LGBTIQA+ community and not just take part in a trend, rainbow branded imagery will only get you so far. Organisations that make a long-term investment in this area are likely to be taken more seriously in Pride conversations.

Bain & Company is consistently one of the Best Places to Work for LGBTIQA+ Equality, according to the Human Rights Campaign Foundation and this largely stems from its year-round events and demonstrated support for LGBTIQA+ employees. From your bathrooms to your hiring processes, these factors are arguably more effective at proving yourself to be an ally in contrast to a single Pride campaign.

“Once they are seen as long-term supporters and advocates, such as Absolut, Netflix or Qantas, then they have the community’s support,” Ogilvy Health CEO Richard Brett says.

Become an advocate, not just a spectator

It’s easy to assume by the sheer number of rainbow coloured products and logos that we have become an inclusive society when in fact statistics indicate that LGBTIQA+ employees continue to leave jobs and experience discrimination. Why not use your voice as a brand to educate your audience on LGBTIQA+ issues and the myths that exist?

To undertake a more thoughtful and authentic approach to Pride, consider how you intend to contribute to a community that is still struggling today yet has come a long way.

The origins of the LGBTIQA+ rights movement began with Stonewall Inn’s LGBTIQA+ patrons in 1969 in New York City standing up to police for the first time. This resulted in four nights of rioting and a year later the first Pride parade was born. However, it wasn’t until 1978 that Gilbert Baker designed the rainbow flag for queer activist Harvey Milk that has come to symbolise empowerment for the queer community.

While it’s acceptable to give LGBTIQA+ people a voice and normalise sexual individuality in advertising campaigns, be mindful to execute this in a way that doesn’t stereotype or result in “othering”.

In a study conducted by YouGov, a UK-based public opinion and data company, 72 per cent of the LGBTIQA+ community believe that their representation in advertising is tokenistic while just over 60 per cent of adults perceive these advertisements in a positive light. This suggests that there is often disparity between what different groups of people think and feel. Depicting gay men as ‘feminine’ and lesbian women as ‘masculine’ are two stereotypes to be aware of in visual representation. For this reason it’s wise to invite feedback from the LGBTIQA+ community before releasing any Pride-related material.

While public displays of support are always more noticeable compared to the internal policies and culture within a workplace, ensuring that all your employees feel valued and included is paramount. Following through on your internal commitments also makes it a lot easier to be genuine in your external messaging given how savvy people are these days.

Establishing an LGBTIQA+ Employee Resource Group, getting staff involved in a volunteer initiative that supports a local LGBTIQA+ cause, having anti-discrimination policies in place and more inclusive hiring practices are a few suggestions. It may be worth investigating what Adobe, Accenture, Converse and IKEA offer their employees.

It’s also important to be aware that women and junior staff struggle to open up about their identities at work more than senior staff. Perhaps there is something you can do to make LGBTIQA+ workers feel more comfortable in your office that could be revealed through a survey.

Remember that it’s not one community

Offering meaningful support to any minority group requires understanding that the LGBTIQA+ community is composed of multiple sub groups, each with their own obstacles and societal pressures. “Corporates often lump the whole community as one, but actually it is made of many diverse sub-communities, all with their own battles and challenges, so it is important to really understand the complexity of these groups,” explains Kate Rourke, Head of Creative Insights Asia–Pacific at Getty Images and iStock.

Whether you decide to hire an LGBTIQA+ speaker, evaluate your discrimination and diversity policies or train your staff on what inclusion entails, Pride month should be a time of reflection, celebration and future planning. Focusing on deepening your understanding of the complex issues the LGBTIQA+ community faces today and how your business plans to make a difference is a good place to start. While Pride is a month reserved for LGBTIQA+ individuals, it ultimately draws attention to other underrepresented groups in society and how they are faring, particularly in the workplace.

If you’ve decided to take a more internal approach to Pride month you might like to host a virtual event with an experienced speaker who directs the conversation around LGBTIQA+ issues and raises important questions. This can be a great way to kick off the month and gives employees a chance to communicate their thoughts and management to assess how they could make improvements over the long term.

Read next: Putting business back into business language learning