Queen Elizabeth was not revered just for her wealth, title or fame, but for her exemplary leadership skills. Here are seven lessons that we can learn from her reign. The world mourns the passing of the beloved Queen Elizabeth II. Not just because of her title, her wealth, or even her fame. We mourn because of the great loss we feel from a remarkable woman who lived in service and duty to her nation and the Commonwealth.

Queen Elizabeth reigned for an astonishing 70 years. Generations have known no other monarch. Her passing marks the end of an era in which her stabilising and reassuring presence presided over the Vietnam War, man walking on the moon, Chernobyl, the fall of the Berlin Wall, September 11 and the COVID-19 pandemic.

Throughout difficult world and local events, Queen Elizabeth masterfully managed to remain positive and hopeful, even during very public personal difficulties. No matter whether she was in good or bad times, she showed consistent leadership day in and day out and worked tirelessly every day of her reign, always reading and signing the official papers in the big red box (except Christmas and Good Friday).

She leaves behind a leadership legacy that is simply awe-inspiring. She was the most travelled monarch in history, never publicly complained, rarely had a sick day and was always in service to her people. Even more remarkable, is that she literally shook the hands of millions of people, always showing curiosity and interest in each person she met.

“The Queen never pretended to be someone she wasn’t. It could have been so easy for her to rule like a King – dominating conversations, exerting her power or making her physical presence felt.”

As King Charles III said in his tribute speech, “[She] combined these qualities with warmth and humour and an unerring ability, always, to see the best in everybody.”

So how did she manage to model such admirable leadership qualities? How did she become such a regal role model for trusted leadership?

Part of her success was that Queen Elizabeth skilfully managed to embrace two extremes at the same time.

At the start of her reign, she managed the tension between being a young female leader in a male-dominated world. She balanced being the head of a traditional monarchy with lots of rules and rituals, while still ushering in progress. Most difficult of all, she continually had to deal with always ‘putting her job first’ versus ‘family harmony’.

She possessed a paradoxical mixture of oppositional qualities such as personal humility and professional will. Continuity and change. Energy and calm. Playfulness and being responsible.

In a polarised world, she unified everyone together. Republicans and royalists alike all revered Queen Elizabeth. Even dictators like Putin have written heartfelt messages since her passing.

Let’s take a look at what she did to always be at her best and be the trusted leader we all admired.

1. Trusted in a higher power

As the head of the Church of England, the Queen had a strong Christian faith and firmly believed that her title was conferred upon her through God. On her first Christmas Address in 1952, the Queen requested prayer for her upcoming coronation.

“I want to ask you all, whatever your religion may be, to pray for me on that day,” she said, “to pray that God may give me wisdom and strength to carry out the solemn promises I shall be making, and that I may faithfully serve Him and you, all the days of my life.”

In future Christmas addresses, the Queen would acknowledge just how much relying on her own faith had helped her. In her 2002 address, she remarked “Each day is a new beginning. I know that the only way to live my life is to try to do what is right, to take the long view, to give of my best in all that the day brings, and to put my trust in God.”

Yet, she did not force her beliefs and religion upon others. Her Majesty’s Christmas and Commonwealth Day messages frequently discussed the importance of interfaith harmony and respectful tolerance. She welcomed leaders of various faiths and denominations to attend royal ceremonies.

As I discuss, in my book, Trusted to Thrive, trusted leaders believe in a higher power. Developing our inner ability to trust is crucial. At some level, it requires trusting that everything is going to work out, that we are being looked after by a benevolent force, even if we can’t imagine how that will possibly happen at that point in time. Trusting a higher power gives us the certainty to trust that all will be well and to trust ourselves.

2. Belief in her purpose

Queen Elizabeth was a principled leader. At the tender age of 21, she pledged in a public radio broadcast, “to devote my life whether it be short or long to the service of my people”.

As King Charles said in his tribute speech to the Queen, “That was more than a promise: it was a profound personal commitment which defined her whole life. She made sacrifices for duty. Her dedication and devotion as sovereign never wavered, through times of change and progress, through times of joy and celebration, and through times of sadness and loss.”

Her strong belief in divine purpose to serve her people energised her daily and provided a consistent leadership style that helped millions.

Combined with her trust in a higher power and a deep belief in her purpose, the Queen trusted herself. She believed she was being guided to make the right decisions which she did so with fairness, love and understanding. It gave her the mental discipline to make the hard, unpopular choices because she was doing the right thing, even when it was difficult.

With her hectic and demanding lifestyle, the Queen took solace in nature to restore her. Numerous studies have discovered the positive benefits to our wellbeing by spending time outdoors.

She loved Balmoral, in the Scottish highlands, where she could enjoy her various country pursuits, walking the moors with her beloved dogs and horse-riding. Even at Buckingham Palace, she was known to walk her dogs every day. Particularly, when she had a difficult decision to make. The outdoors kept her grounded.

Her love of nature extended to the ambitious legacy project called the Queen’s Commonwealth Canopy which aims to create a global network of protected forests in all 53 Commonwealth countries. 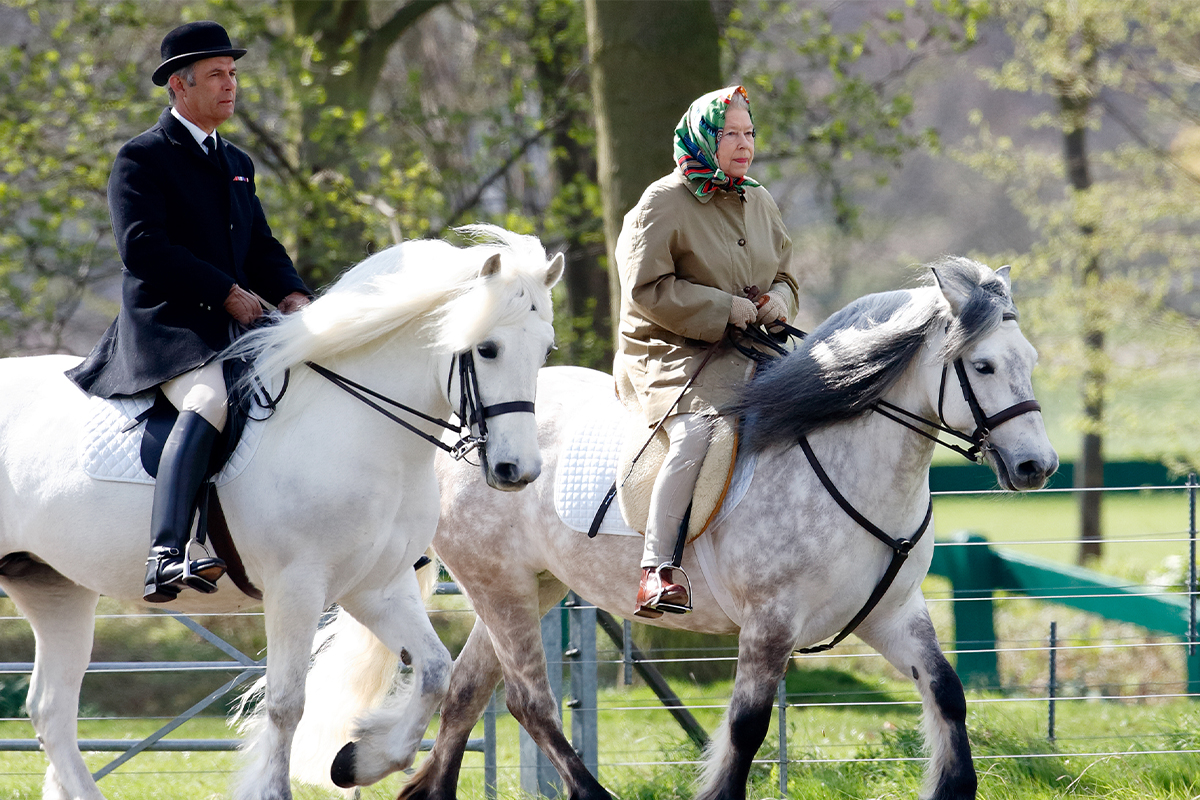 4. Surrounded herself with allies and support

Unlike most working mothers or grandmothers, Queen Elizabeth had a huge support network behind her.

At Buckingham Palace, it is estimated that there are 1,000 staff alone. Her majesty never had to make herself a meal, make a bed or clean her house. She never had the day-to-day worries most caregivers have of managing domestic duties with work duties. These amazing time-savers meant that she could spend her time truly serving her country.

She also had a close-knit group of people around her that understood her situation and gave her the support she needed. Prince Philip was her ‘rock’. He served as her confidant and trusted adviser. In the past, she also relied on other close family members and trusted advisors employed by the Palace. The Queen was very diligent about who she let into her life, no doubt to protect her time and energy from people who would undermine her leadership.

The Queen’s public face was one of duty and seriousness, imposed by her position and a generation that avoided showing emotion.

Privately, she was known for her dry wit and sense of fun. Queen Elizabeth was quite comfortable with being teased and teasing others. She managed the tension between the pompousness of her regal title with laughter. She found her true soul mate, in her late husband, Prince Philip who was famous for his sense of humour and making her giggle.

The Queen also used laughter to defuse uncomfortable situations and put people at ease, well aware of the impact her presence had on others.

During her reign, she had to deal with a lot of complex family and Commonwealth issues. Over time, she learnt it was best to act quickly.

In effect, Her Highness had to delicately balance supporting her children and grandchildren with doing the right thing by her country. Of course, her country always came first requiring her to mediate awkward issues within her family, in order to reduce public negativity.

In February 2020, the Duke and Duchess of Sussex announced they would be stepping back from the royal family to seek a more independent future.

Unbelievably, the couple did not consult the Queen or Prince Charles. The Queen called an urgent family meeting at Sandringham House whereby the Queen announced a 12-month “period of transition”.

Meghan and Harry confirmed they would not use the titles His and Her Royal Highness and wouldn’t include the word ‘royal’ in the name of their not-for-profit. They were then free to leave the UK and live elsewhere.

The Queen knew that making difficult decisions swiftly was the best for all, as well as providing others with the autonomy to make decisions, where possible. She never over-stepped the mark or persuaded others to follow her agenda.

Back in 1999, Australia held a referendum on whether to remain part of the monarchy.

The Queen backed the right of Australians to become a fully independent nation, saying, “I have always made it clear that the future of the monarchy in Australia is an issue for you, the Australian people, and you alone to decide by democratic and constitutional means”. 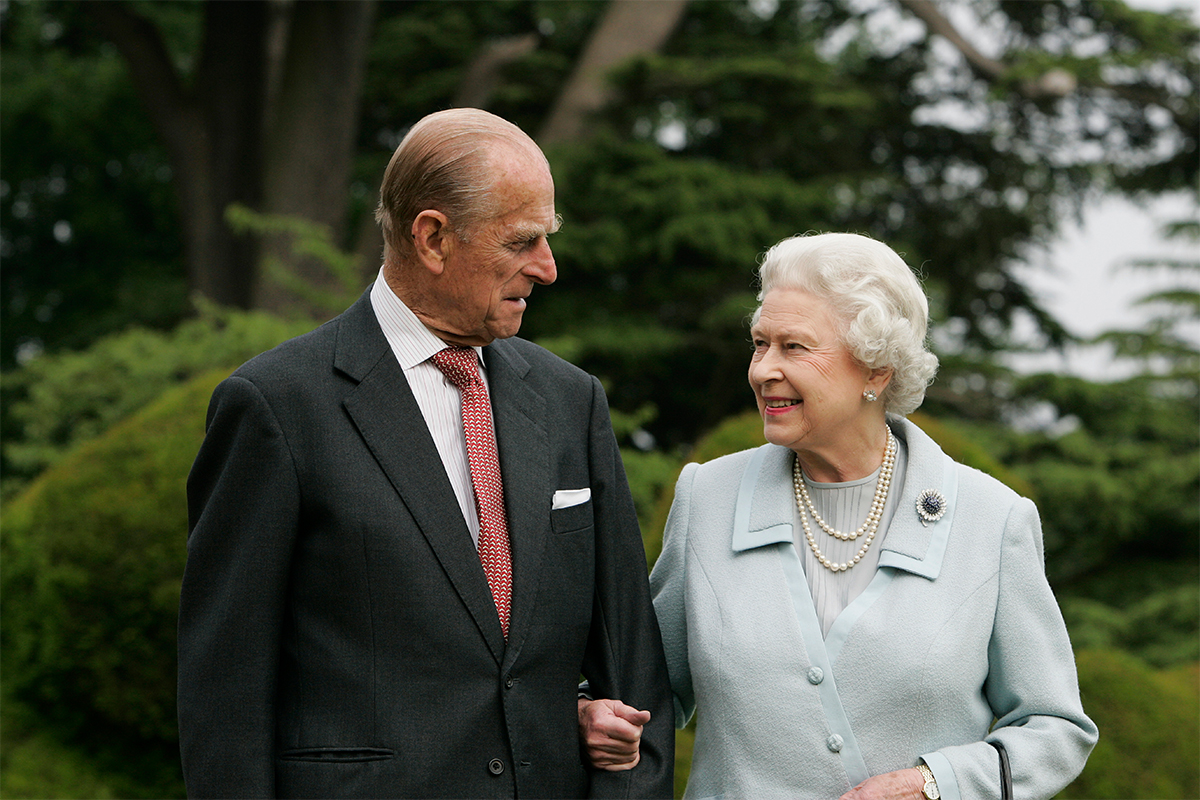 7. She was unapologetically female in her leadership

The Queen never pretended to be someone she wasn’t. It could have been so easy for her to rule like a King – dominating conversations, exerting her power or making her physical presence felt. Nor did she use her wealth and power to make others feel less than.

Throughout her leadership, she showed love, guidance, dignity, understanding and respect. Feminine leadership qualities that were definitely not capabilities that were admired in a leader at the start of her reign.

She always listened and gave people a fair hearing. In fact, former UK Primer Minister Tony Blair remarked he would share highly problematic issues with her during his weekly Prime Ministerial sittings because she offered a helpful sounding board.

Queen Elizabeth showed us all how listening to others, connecting with everyone and making them feel seen and accepted, even when their beliefs differ from our own pays dividends. Part of the reverence we have for the Queen was that she ruled genuinely and compassionately. Always putting the people’s needs above her own, including her own family.

The Queen was a trusted leader – she made decisions even when it was difficult, she had no personal agenda other than to serve her country and she was consistent in her approach.

The Queen played her role out beautifully right to the end.

I will be forever grateful to have lived during her reign. She truly showed us how having a strong work ethic, discipline and purpose can energise your whole life. Even a purpose that she was born into rather than chose. She could have so easily refused to get out of bed for work in her eighties, yet she continued to bring connection, guidance and love to her people. Claiming our hearts and our deep respect and leaving behind a wonderful leadership legacy.

This story was first published by marie-claireross.com and is republished with kind permission. Marie-Claire Ross is a speaker, trainer and coach at Trustologie who helps leaders and organisations improve trust in teams. You can find out more about the Achievement Zone in her new book Trusted To Thrive: How Leaders Create Connected and Accountable Teams.

Read next: 28 unforgettable history-defining moments of the past decade

Marie-Claire Ross a speaker, trainer and coach at Trustologie who helps leaders and organisations improve trust in teams. She is also the author of the…