The most profound quotes to motivate you in your career

In a world where choice means everything, your thoughts can take you from miserable to purposeful and energised. 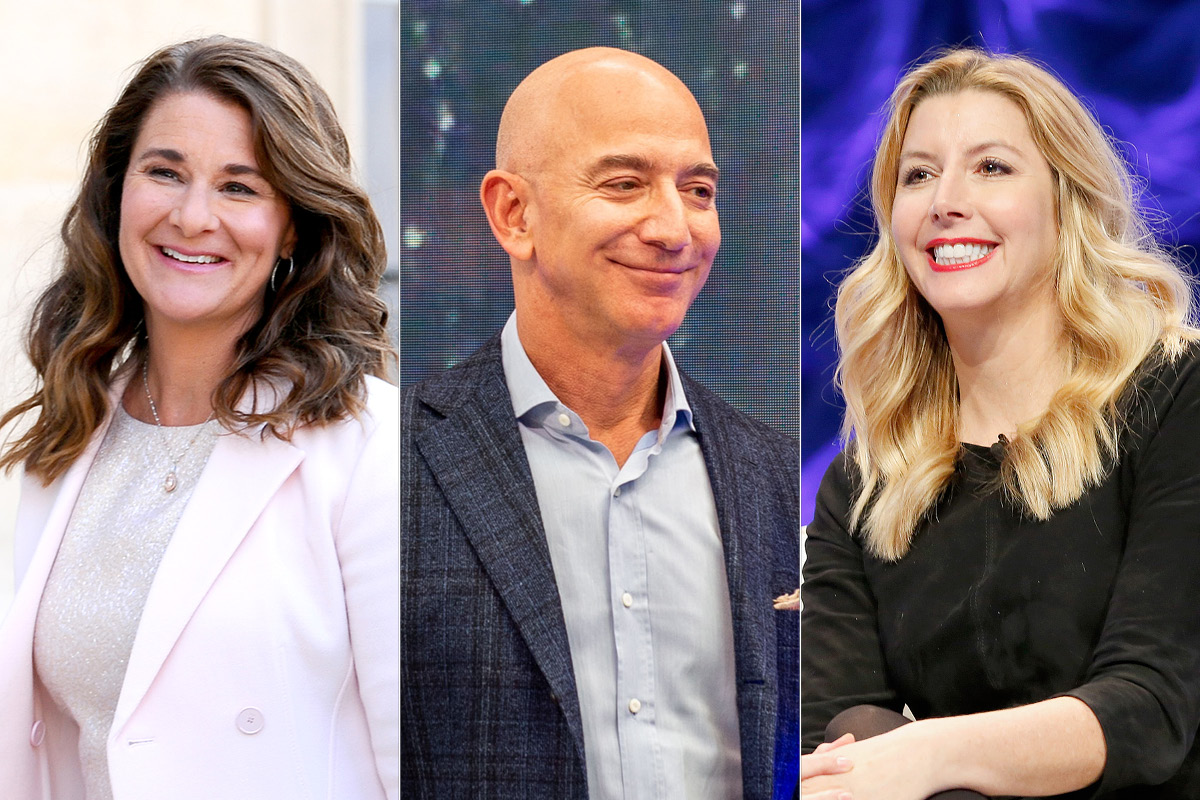 We spend a great deal of our time engaged in work where motivation is a necessary force to propel us towards expressing our full potential. Psychologist Abraham Maslow would refer to this as self-actualisation – something which humans are inherently motivated to strive for.

Whether you intend to improve your productivity at work, wake up earlier to begin your work day, master a new skill or survive a tedious task with a smile on your face at the end, starting easy is the key, according to Dr Rangan Chatterjee.

Motivation itself isn’t static – it fluctuates all the time. When we want to achieve our goals it therefore makes sense to build new habits slowly into our existing routine and use positive self-talk to associate our efforts with pleasure.

This is one of the reasons why reaffirming to ourselves that our jobs make a difference to the lives of others or the greater community fuels us with purpose and boosts productivity.

Why not start with these inspirational quotes from the world’s strongest trailblazers? It’s easy to be disheartened by what’s missing, but sometimes shifting your focus to what is working can be the first step towards feeling energised and confident about your direction in life.

These quotes serve as a reminder that your attitude holds a great deal of value in today’s uncertain world.

30 motivational quotes for inspiration and clarity 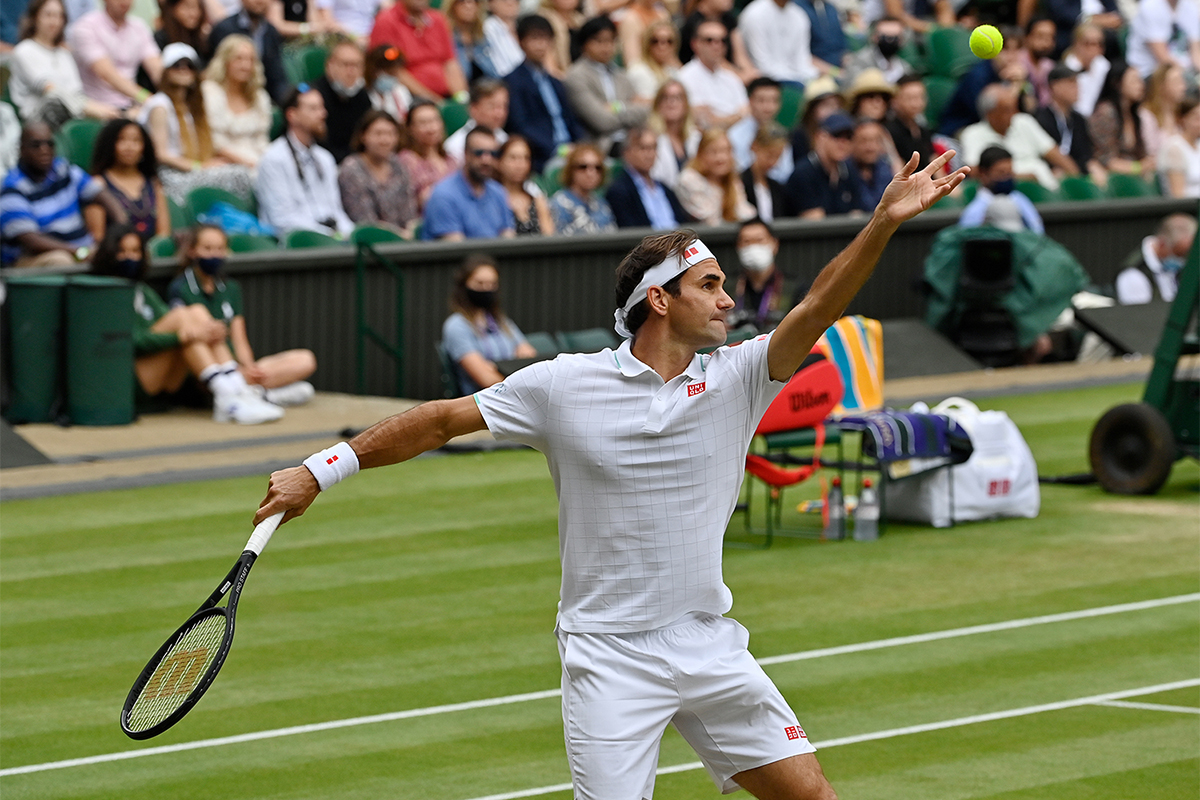 Recognised as: one of the greatest tennis players with 20 Grand Slam titles and more than 100 ATP titles. He is also the Founder of the Roger Federer Foundation, which provides education to children living in poverty.

“You always want to win. That is why you play tennis, because you love the sport and try to be the best you can at it.”

Influential as: a fashion icon and one of the most commercially adept editors in her role as Editor-in-Chief for American Vogue magazine.

“It is important to have setbacks, because that is the reality of life. Perfection doesn’t exist.”

Known as: the first African American to hold the office of President of the US and a 2009 Nobel Peace Prize winner for his work in international diplomacy.

Known for: her heart as ‘the people’s princess’ and her charity work.

“I knew what my job was; it was to go out and meet the people and love them.”

Influential as: an entrepreneur, New York Times bestselling author, podcaster and thought leader for the next generation.

“There has never been and never will be another you. You have a purpose – a very special gift that only you can bring to the world.”

Best known: as the CEO of Google and Alphabet, with his biggest contribution being accelerating Google’s digital transformation through products and services.

Known as: an advocate for peace through his non-violent attempts at liberating Tibet. In 1989 he was also a Nobel Peace Prize winner. He began his monastic training at the age of six years.

“In order to become prosperous, a person must initially work very hard, so he or she has to sacrifice a lot of leisure time.”

Influential as: the CEO of French luxury conglomerate Kering, who is pioneering his way to a sustainable future.

​​“As a human being, you breathe, you eat, you dream. You cannot not dream. And luxury sparks that.”

Known as: the Founder and Executive Chairman of Amazon, who stepped down from his role as CEO in 2021.

“We can’t be in survival mode. We have to be in growth mode.”

Influential for: being the Founder and CEO of the dating app Bumble where women make the first move. She’s also the youngest self-made female billionaire.

“When you accept that failure is a good thing, it can actually be a huge propeller toward success.”

Renowned for: his body movements and facial expressions as a comedian and two-time Golden Globe-winning actor, whose career began as a cast member in sketch show In Living Color.

“Desperation is a necessary ingredient to learning anything or creating anything. Period. If you ain’t desperate at some point, you ain’t interesting.”

Recognised for: her accidental invention, which led to the creation of shapewear brand Spanx. She was once a door-to-door fax machine salesperson.

“Don’t be intimidated by what you don’t know. That can be your greatest strength and ensure that you do things differently from everyone else.”

Influential as: the Chair and CEO of General Motors, and the first woman to lead one of the Big Three carmakers.

“If you do every job like you’re going to do it for the rest of your life, that’s when you get noticed.”

Recognised as: a French fashion designer and a trendsetter, who dictated Parisian haute couture.

“In order to be irreplaceable, one must always be different.”

Best remembered as: ​​the German-Dutch diarist who rose to fame through the publication of The Diary of a Young Girl in which she documented her life in hiding during the Nazi occupation of the Netherlands during World War II.

“It’s really a wonder that I haven’t dropped all my ideals, because they seem so absurd and impossible to carry out. Yet I keep them, because in spite of everything, I still believe that people are really good at heart.”

Remembered as: a British actress and humanitarian who was inducted into the International Best-Dressed List Hall of Fame.

“Nothing is impossible; the word itself says ‘I’m possible!’”

Known as: the Founder and Co-Founder of multiple ventures: Tesla, SpaceX, Neuralink, OpenAI and The Boring Company.

“I think it’s very important to have a feedback loop, where you’re constantly thinking about what you’ve done and how you could be doing it better.”

Known as: ‘the princess of polka dots’ whose artistic creations know no bounds and which aren’t restricted to any particular medium.

“I wanted to start a revolution, using art to build the sort of society I myself envisioned.”

Remembered as: one of the greatest physicists of all time.

“Life is like riding a bicycle. To keep your balance, you must keep moving.”

Known for: his non-violent approach to steering India towards independence after close to a century of British colonial rule.

Recognised as: a research professor on the topics of courage, vulnerability, shame and empathy as well as a New York Times bestselling author.

“Healthy striving is self-focused: ‘How can I improve?’ Perfectionism is other-focused: ‘What will they think?’”

“The cost of being wrong is less than the cost of doing nothing.”

Known as: the first female Vice President of the US and the country’s highest-ranking female official.

“So many people trip in front of them because they’re looking over there or up ahead.”

Recognised as: one of the most influential artists of the 20th century with a comprehensive body of work. The Spanish artist is responsible for the birth of cubism.

“I am always doing that which I cannot do, in order that I may learn how to do it.”

Known as: one of Hollywood’s best actresses.

“Integrate what you believe in every single area of your life. Take your heart to work and ask the most and best of everybody else too.”

Recognised as: one of the world’s top investors and an avid daily reader. He consistently ranks highly on Forbes’ list of billionaires.

“Without passion, you don’t have energy. Without energy, you have nothing.”

Remembered as: the Co-Founder of Apple who brought affordable personal computers into the mainstream realm.

“Your work is going to fill a large part of your life, and the only way to be truly satisfied is to do what you believe is great work.”

Influential as: PepsiCo’s former Chair and CEO, who almost doubled sales while introducing products that were better for the planet and humanity.

“Whatever you do, throw yourself into it. Throw your head, heart and hands into it.”

Recognised for: bringing new life to the United Nations in his role as the seventh Secretary-General. In 2001 this earned him and the organisation the Nobel Prize for Peace. He is also the late Founder of the Kofi Annan Foundation, dedicated to building lasting peace, human rights and security.

​​“You are never too young to lead, nor too old to act. And you should never doubt your capacity to triumph where others have not.”

Best known: for founding the Beatles and as an author, peace activist, visual artist and solo recording artist.

“Reality leaves a lot to the imagination.”

Read next: Countries with the most opportunities for women