It’s tempting to call Torsten Müller-Ötvös the high roller because he is, after all, the CEO of Rolls-Royce – but it’s his customers who sit at the top table with the world’s wealthiest. 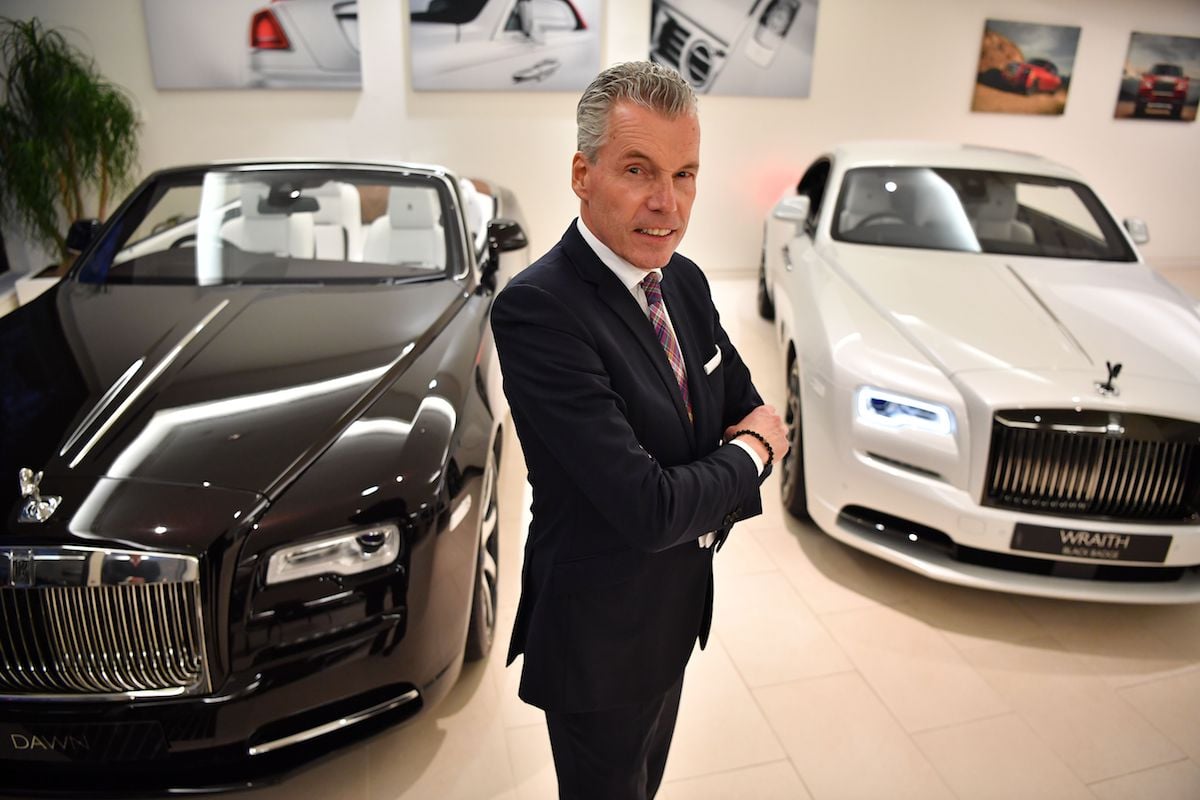 There can be very few CEOs in the world who spend more time chatting with ultra-high-net-worth individuals than Torsten Müller-Ötvös, the boss of Rolls-Royce, because the sort of people who are willing to drop A$1 million or more on one of his cars are his regular customers.

As Müller-Ötvös points out, you can’t do normal market research with these people – send them a survey, and it’s not going to come back – so he makes a point of crisscrossing the world to look them in the eye and give them his sympathetic ear.

And what this has taught him, over the past 10 years in the job, is that being fabulously rich is increasingly a young person’s game.

“The fact is, of course, that we are not in the car business, we are in the luxury-goods business and our clients have many vehicles; they have garages like we have wardrobes – the perfect car for every occasion,” – Torsten Müller-Ötvös

“That’s been the biggest change in where Rolls-Royce was and where it is today – if you look at UHNWIs, they are far younger, really noticeably younger, than when I joined the company,” Müller-Ötvös, who was in Sydney this week to meet some of his Australian buyers, explains. “The average age of our customer was 56 just 10 years ago; today, it is down to 43.

“This is remarkable because it means that for every person who buys one of our cars who is 60, you need another buyer who is 30, to achieve that kind of average drop.

“This has meant that we are now very much a self-driver’s brand. Rolls-Royce used to be very much a chauffeur-driven brand, but that’s completely changed, that’s now a minority of the cars we sell.

“The fact is, of course, that we are not in the car business, we are in the luxury-goods business and our clients have many vehicles; they have garages like we have wardrobes – the perfect car for every occasion.” 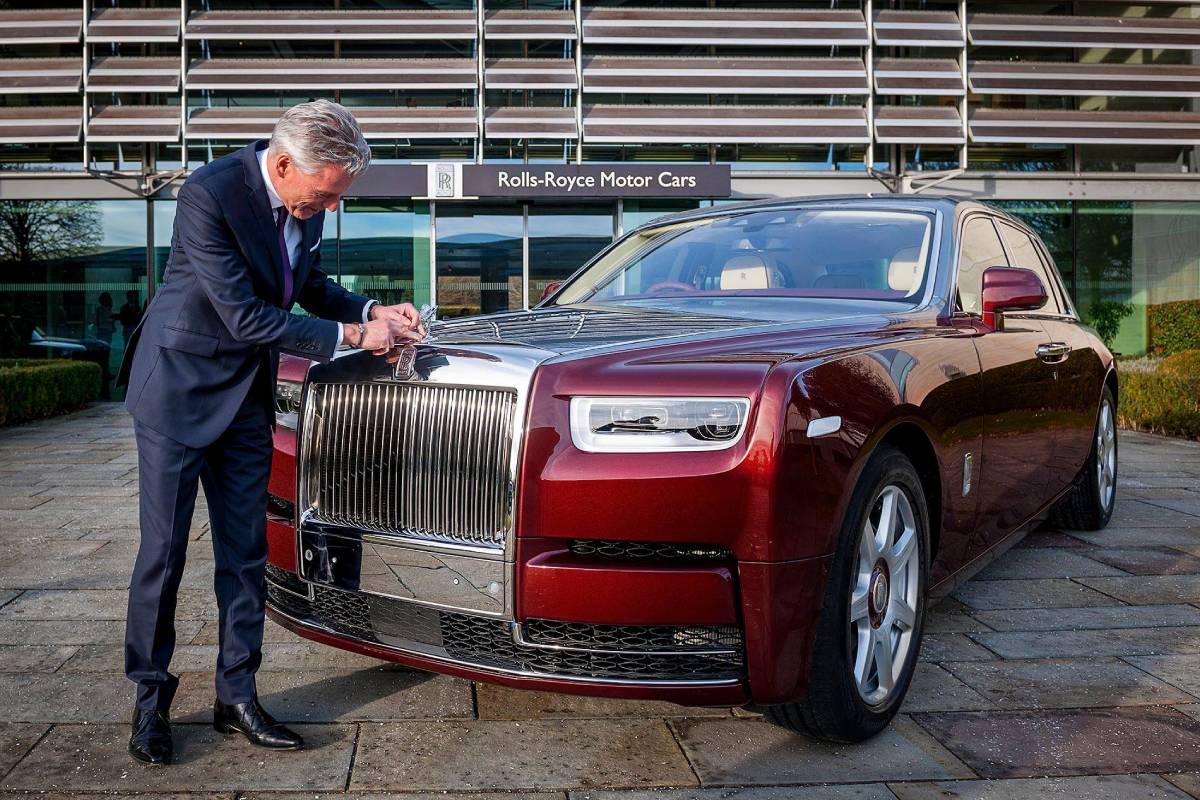 While the average Rolls buyer has at least half a dozen cars, some of the brand’s more prolific customers have as many as 1,000 vehicles and, for them, buying a Rolls-Royce is not about getting from A to B, “it’s about conceiving and buying a piece of art, and making a truly individual masterpiece”.

While those sorts of buyers used to put the ‘old’ in old money, the new generation of Rolls buyers are younger and want to enjoy their money while they are still young.

“It’s hard-earned, this money, and it’s earned in their early years,” Müller-Ötvös says.

“It’s far easier today – I’m sorry, but if you’re bright enough, it is – to earn money than it was 20 years ago. With apps, phones and eco systems around phones, you can make quite a fortune now. Gaming, for example, is a big thing.

“And we’re seeing industries, particularly in places like Asia, run by far younger people than before; there’s been a change in demographics.

“Money today is no longer inherited, it is very much self-gained. And many of today’s wealthy want to float their money into luxury goods, which is great. I think they have a sense that you only live once.”

It is for these customers that Müller-Ötvös took the slightly risky move of launching his brand’s Black Badge range – motors with sinister looks and more power. It was a move that prompted serious concerns within the company about alienating traditional clients, but it’s been a huge success.

“More than 50% of our Black Badge sales have come from younger customers, and you must remember the brand used to be funky always, to a certain extent,” Müller-Ötvös grins.

“Twenty per cent of our clients are pop stars, film stars, whatever, and remember what John Lennon did to his Phantom back in the 1960s, the psychedelic colours, so this was already very much a part of our brand.”

Ask Müller-Ötvös if there’s any difference in UHNWIs from different countries and he points out that they are global citizens, rather than tied to any particular nation.

“I would call them cosmopolites; they travel extensively and have a truly global scope, and they bring up their children the same way,” he says.

“I have seen many remarkable cases of young Chinese being sent by their parents to California to go to school at 15 or 16, so that they are, from a very young age, educated in both worlds; the Asian and the Western world, making them global citizens from day one.”

The impact of Brexit

Despite being German and having a background at BMW, the parent company of today’s Rolls-Royce, Müller-Ötvös says the brand very much “belongs to Britain” and that he would never consider building its cars anywhere else, which is why Brexit has him worried.

“I hope we don’t see a hard Brexit, with the UK crashing out at the end of March because if that happens we will have a couple of challenges, not only Rolls-Royce, but I think the whole country,” he says.

“It’s not so much the World Trade Organization regulations and tariffs as the fact that we’d have customs duties on every single delivery we get into the UK, and 90% of our parts are imported, from all over the world. It’s a super delicate logistics chain, and to give you a number, I need 38,500 parts to build all our model lines. Every day, 10 trucks come to us from all over Europe.

“If that is disrupted and trucks can’t drive in and out anymore, that would be terrible.”

While he’s hopeful it won’t come to that, Müller-Ötvös is taking precautions, shutting the company’s factory for two weeks at the start of April just “in case something bad happens”.

“We are not the brand with roaring engines, so for that reason electric fits perfectly with Rolls-Royce; it’s powerful it’s torquey, it’s quiet, it’s got what we call ‘waftability’,” – Müller-Ötvös

As for the medium-term future, Müller-Ötvös sees big changes coming to the car market, and his brand in particular, with Rolls-Royce set to ditch its famously huge engines to become an entirely electric-vehicle company over the next decade.

“We are not the brand with roaring engines, so for that reason electric fits perfectly with Rolls-Royce; it’s powerful it’s torquey, it’s quiet, it’s got what we call ‘waftability’,” he explains.

“Yes, our customers love 12 cylinders very much, but you will see no resistance from them to buying an electric car, as long as it is convenient, as long as charging it is quick and effortless – our customers don’t want to have to plug in cables or have charging boxes – and as long as the range is sufficient.

“And this will happen, as I am confident about the development of battery technologies.”

Clearly, Müller-Ötvös also believes inductive charging – which will allow you to charge your car simply by parking it on a floor equipped with hidden charging equipment – will soon be a reality, allowing “effortless charging”.

As for self-driving Rolls-Royces, he’s confident his customers will take to that technology as well.

“After all,” he says, “most of them have chauffeurs they can call on anyway.”