We drive the brand-new Rolls-Royce Cullinan

The latest addition to the proud and storied fleet is like no Rolls-Royce before it; because it’s an SUV. We test-drive the monolithic Cullinan. 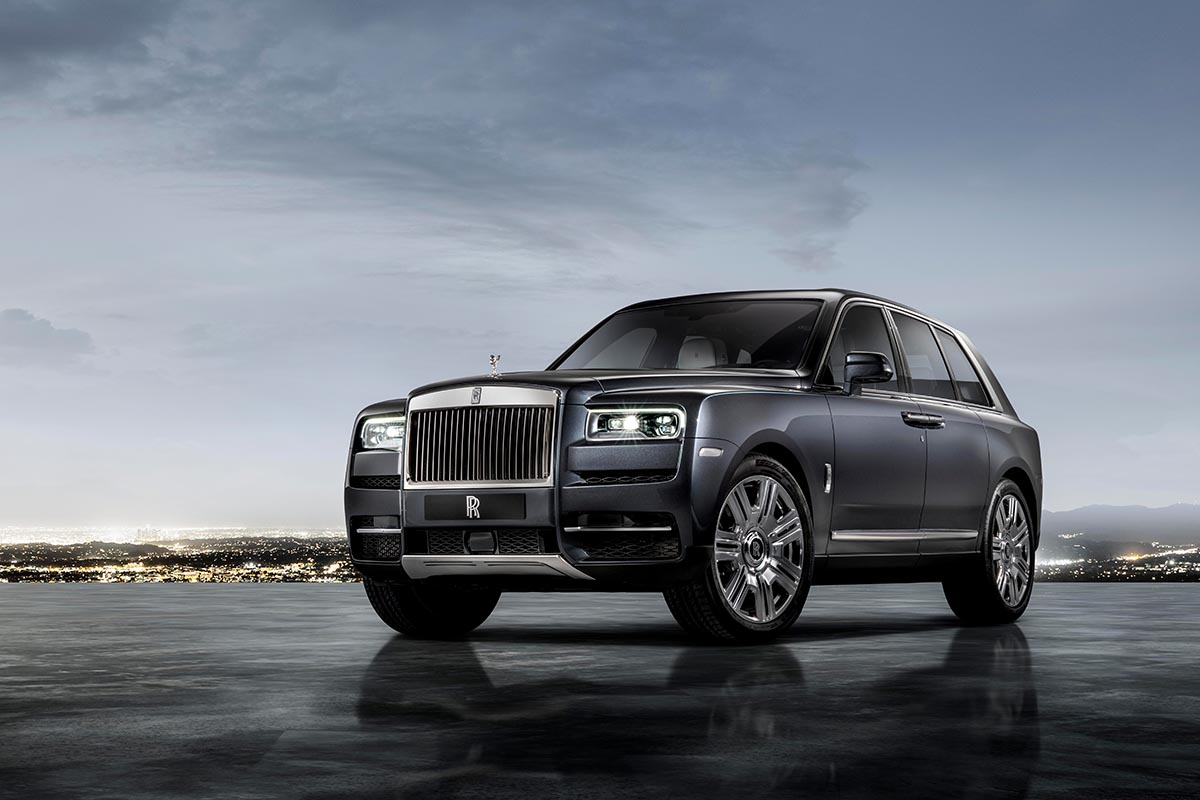 When the doors on your vehicle are so vast and heavy that they need to be shut hydraulically, at the push of a button, you suspect you’re in a Rolls-Royce.

And when those same doors open suicide-style, like a barn or the doors on a private-jet hangar, you’re certain it’s a Rolls.

Push the button on this particular moving monolith and the air suspension drops the whole car 40 millimetres, which makes it even easier for someone in a ball gown to walk straight in and sink down into their plush, pillowy seat, before grabbing a champagne from the fridge next to them (or a whisky from the decanter), using an on-board flute or tumbler.

So far, so Rolls-Royce, but only if you’ve made your grand entry into this grandest of vehicles with your eyes shut. Otherwise you’ll have noticed that this latest addition to the proud and storied fleet is like no Roller before it; because it’s an SUV.

All Rolls-Royces are big, of course, as they have to be to provide the sense of plebeian-crushing power and oodles of interior space. So when the company finally decided to accede to the requests of its customers and build an SUV, it had to be big on a whole different, and an almost American, scale.

Perhaps that’s why the company decided to launch the car in Jackson Hole, Wyoming, where the locals drive pick-up trucks that are even larger than a Cullinan, but the world’s only truly super-luxury SUV still stuck out like an NBA player at a chess tournament. 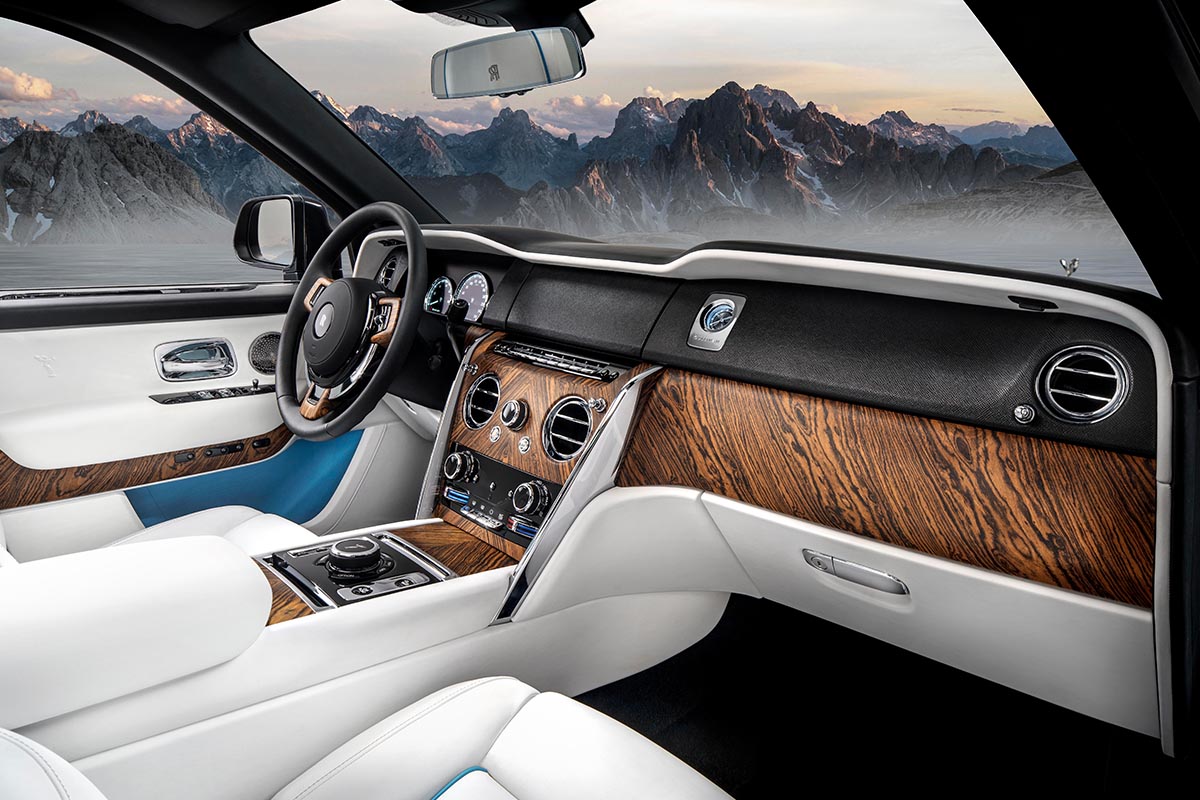 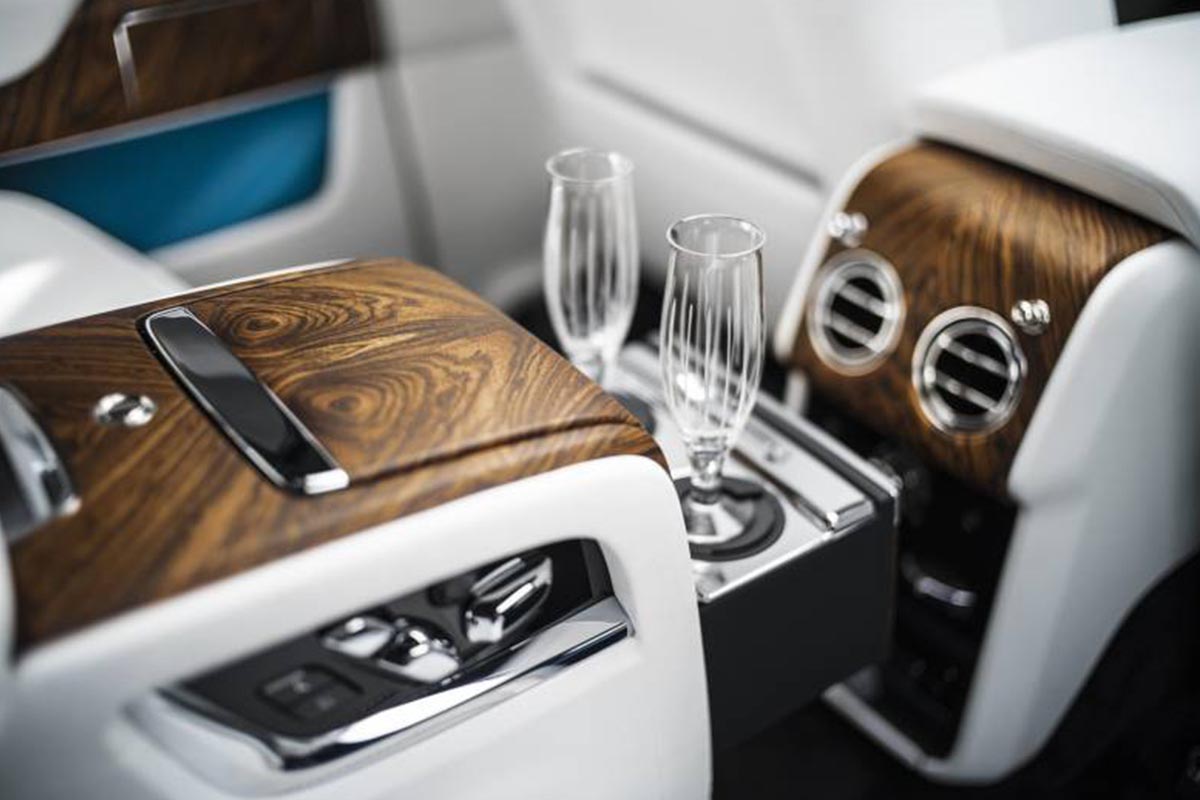 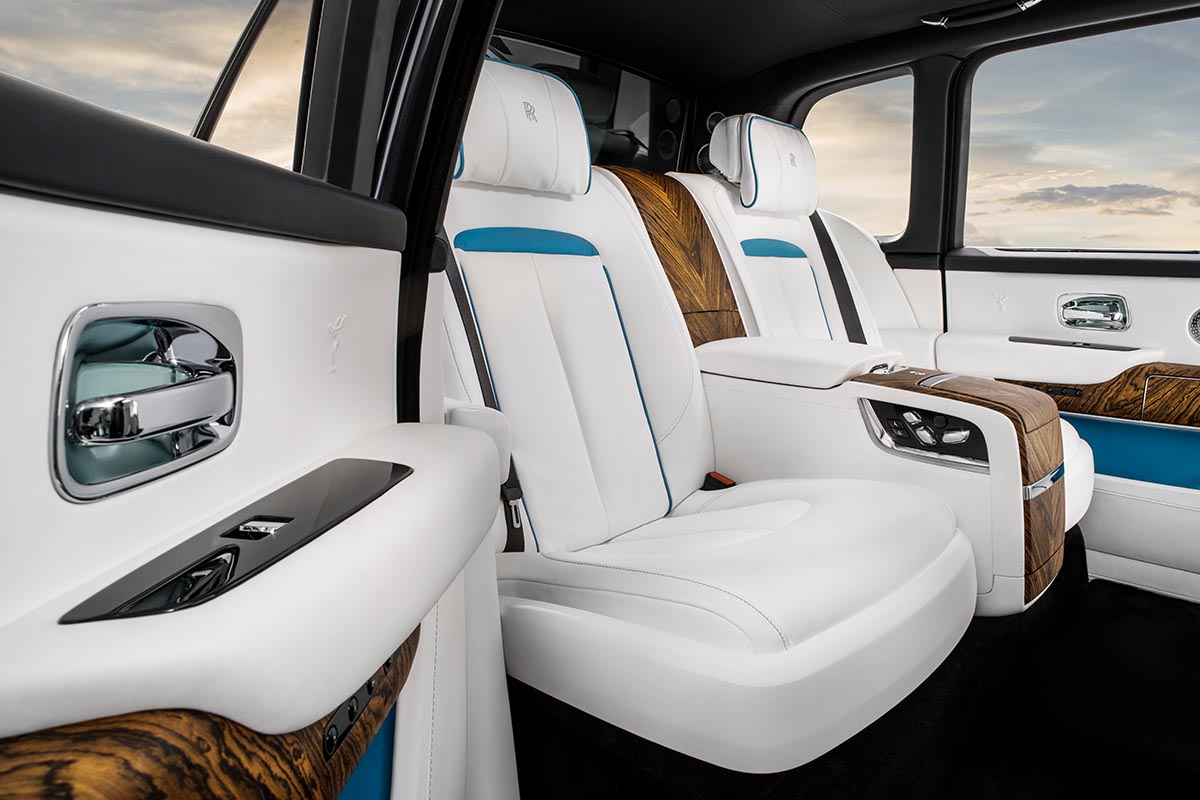 The Cullinan looks enormous from every angle, and a bit like an overgrown London taxi from behind, unfortunately, but it is the front end that truly takes your breath away. It looks like someone has put wheels on a British museum, with its towering ‘Pantheon’ grille and thrusting bonnet. There’s no question that it will stick out in a crowd; indeed, it will tower above one, which is what buyers are after.

The very idea of Rolls-Royce making an SUV would have seemed as absurd as Manolo Blahnik making hiking boots not so long ago, and it seems the company itself railed against the idea for some years before capitulating to the fact that everyone in the world seems to want one these days. And nowhere more so than in the Middle East, where many of its most prolific customers live.

The Cullinan will also bring new folks to the brand, of course, with its promise to be ‘Effortless, Everywhere’, opening up Rolls ownership to families who like to go skiing, or climbing sand dunes.

Sure enough, the only thing more shocking than the Cullinan’s very existence is what you can do in it, as we discovered by climbing up, and chuntering down, a super steep mountain in Wyoming that is actually a double black diamond ski run in winter. 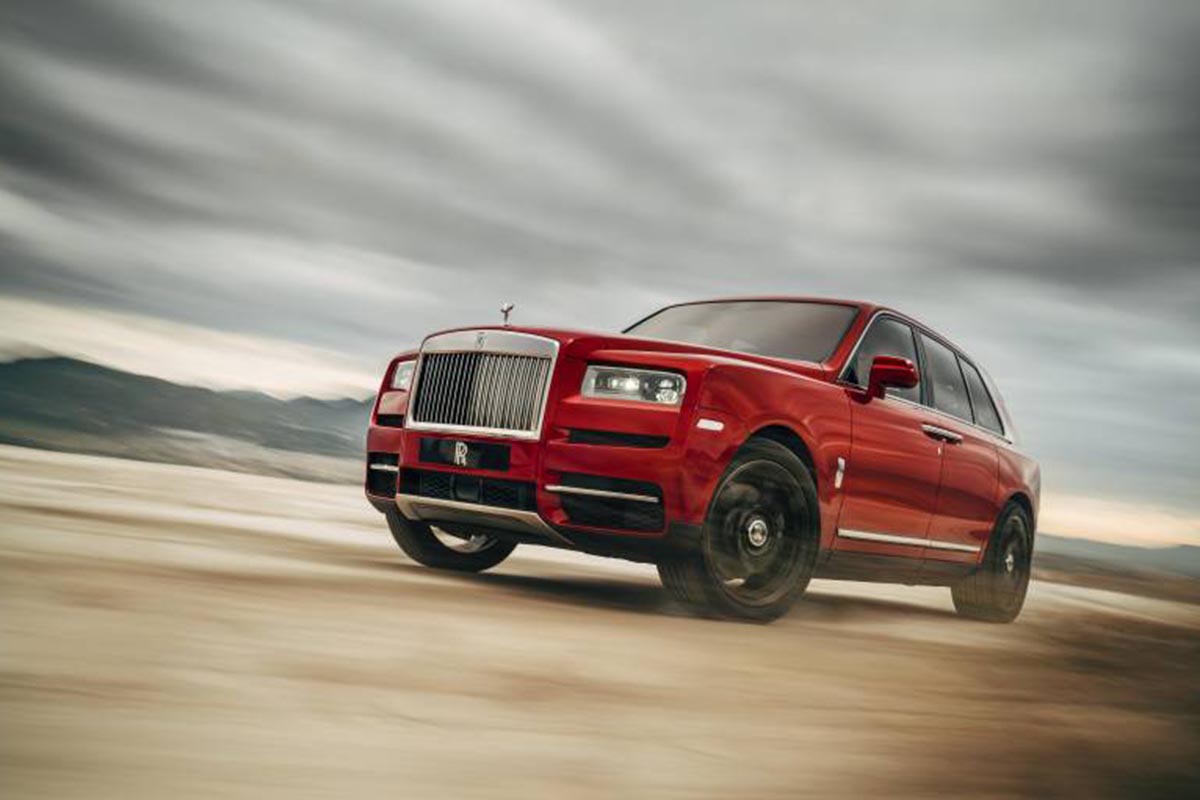 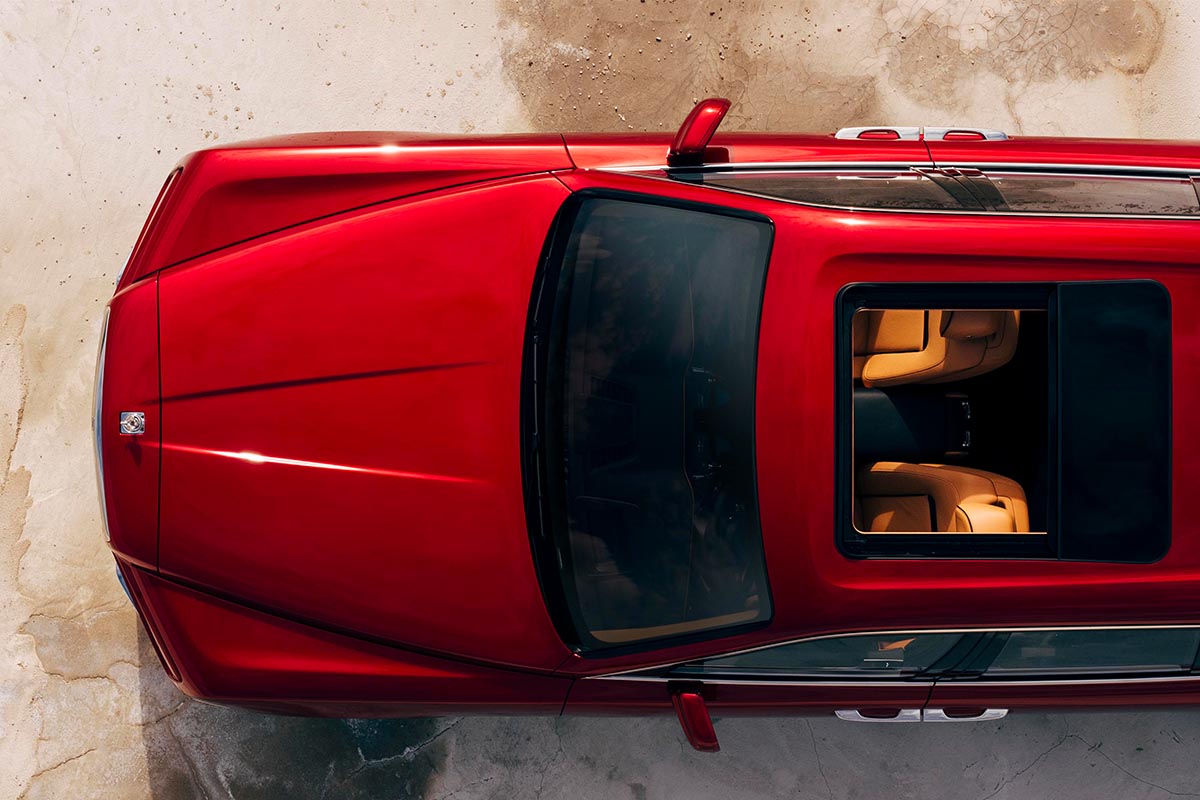 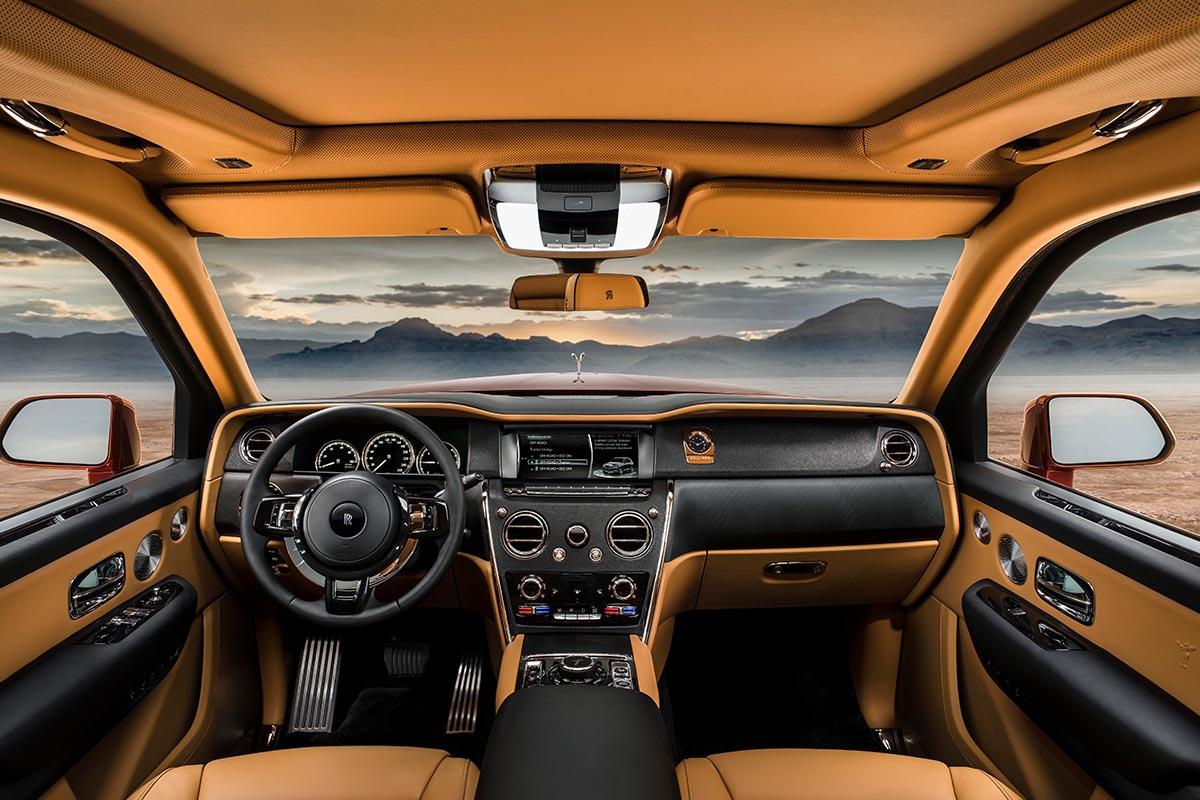 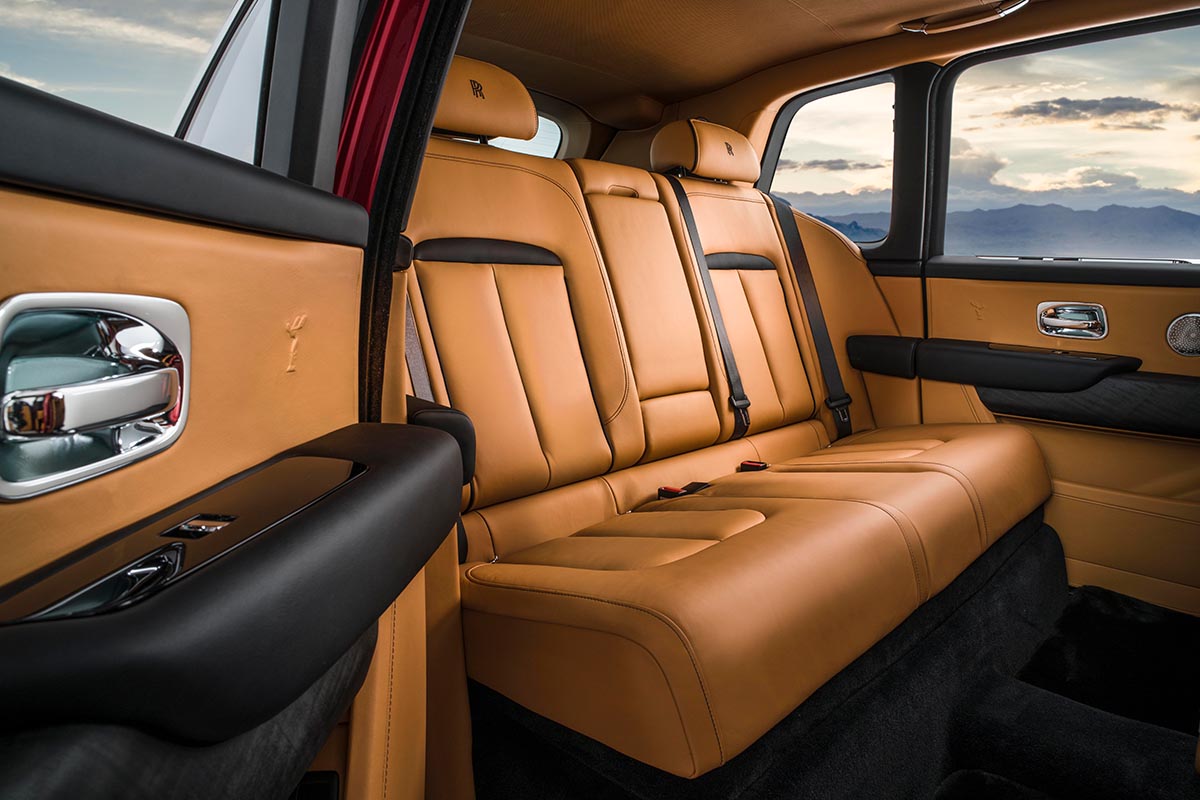 It is truly one of the most surreal things I have seen out a windscreen, the famous Spirit of Ecstasy hood ornament choking her way through clouds of dust and rearing towards the sky as this huge and heavy machine powered its way over rocks and gravel, negotiated tight hairpin turns with deadly drops on one side and used its all-wheel-drive system to find grip in slippery situations.

And all the while, I sat inside, behind thick glass and even thicker timber, my feet resting on lovely lambs’ wool carpet, completely cocooned from the dust and fury outside. It was like watching a documentary about some rich old loon doing something crazy in a particularly swanky home cinema.

From the driver’s seat, the experience really is effortless as well. Rolls owners consider these cars a place to ‘detox’ from the rest of the world, apparently, and from their other, more demanding vehicles, so there are no shift paddles, and only one forward gear to choose from. Similarly, there is only one button – ‘Off-road’ – you need to transform your Cullinan into a mountain-squashing, river-fording beast.

Everything is easy, of course, when you’ve got this much power beneath your right foot – a 6.75-litre, twin-turbocharged V12 engine, the size of a small car itself, provides 420kW and 850Nm of torque, all of which is available from just above idle, which means never having to wait or worry about getting past mere mortals who dare to drive alongside.

Putting your foot down is another surreal experience, as 2.6 tonnes of luxury and bombastic engineering thrusts forward, renting the air in front of you like a bullet train.

Perhaps the best thing about any Rolls, though, is the way it rides, or ‘wafts’, as they quite accurately describe it. The famed Magic Carpet Ride is much in evidence in the Cullinan, which seems to float over smooth roads without touching them at all. 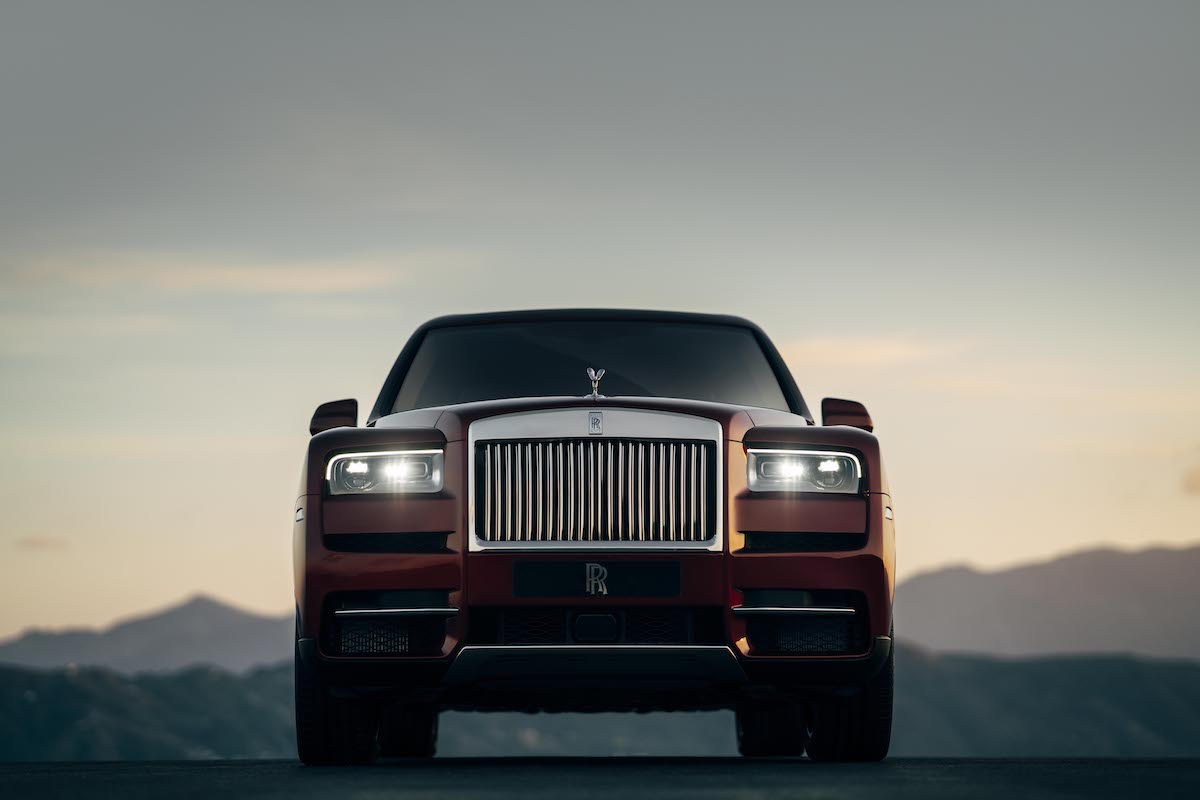 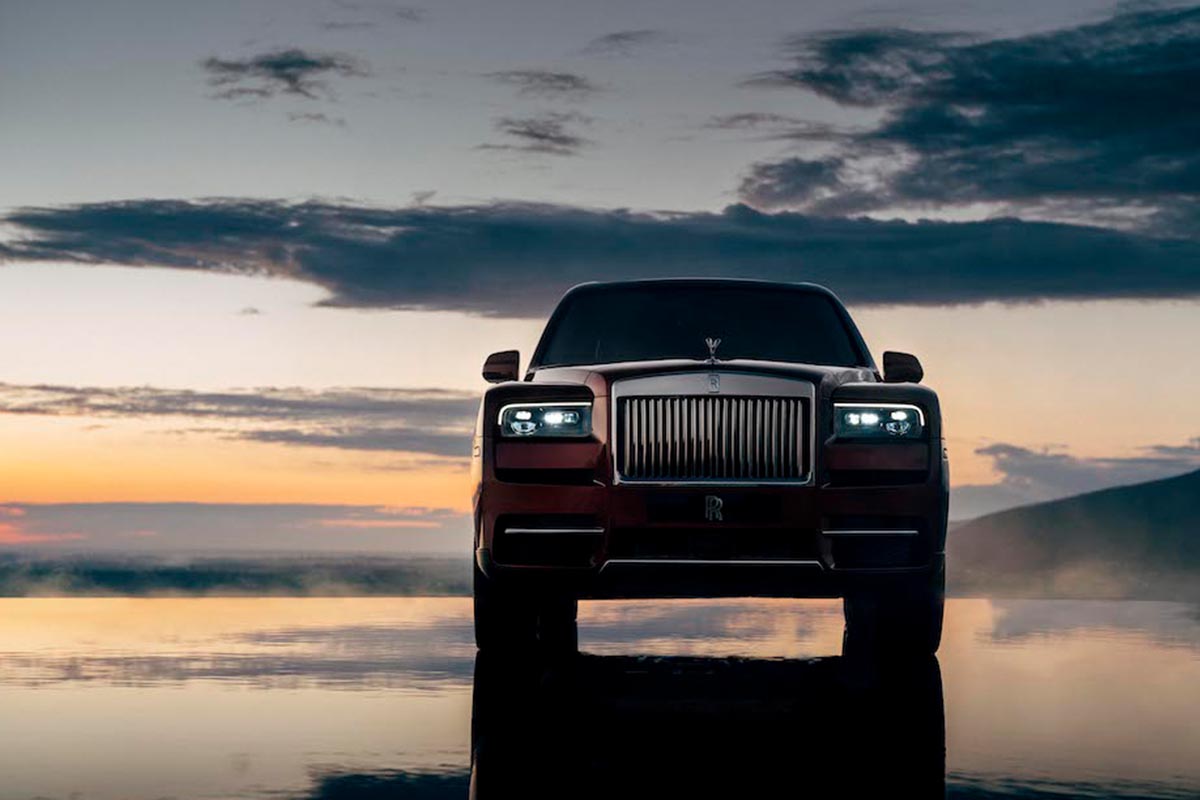 Put it on some goat track, of course, and no magic in the world is going to stop the odd bump and thump coming through your well-padded seat, but the engineers have done a bang-up job of making the off-road experience as comfortable as possible.

Rolls says it’s “fair speculation” that the Cullinan will quickly become its best-selling model in Australia, with most buyers opting for the family-friendly, five-seat configuration, with a normal, but very wide and comfortable, three-person bench in the back. Known as the Lounge variant, it starts at a notional A$685,000, but will quickly rise from there once you bespoke it.

Those buying a Cullinan to be chauffeured to wild, adventurous places – or their ski chalet – in extreme comfort, will opt for the Individual (from A$725,000), with two properly first-class seats in the back, a fridge and drinks cabinet between them, and a glass panel separating the passenger cabin from the luggage compartment.

The new height of luxury, it seems, is at the top of any mountain you’d like to climb, and roughing it just got a whole lot classier.

But perhaps a Lamborghini SUV is more your style, or a Maserati?