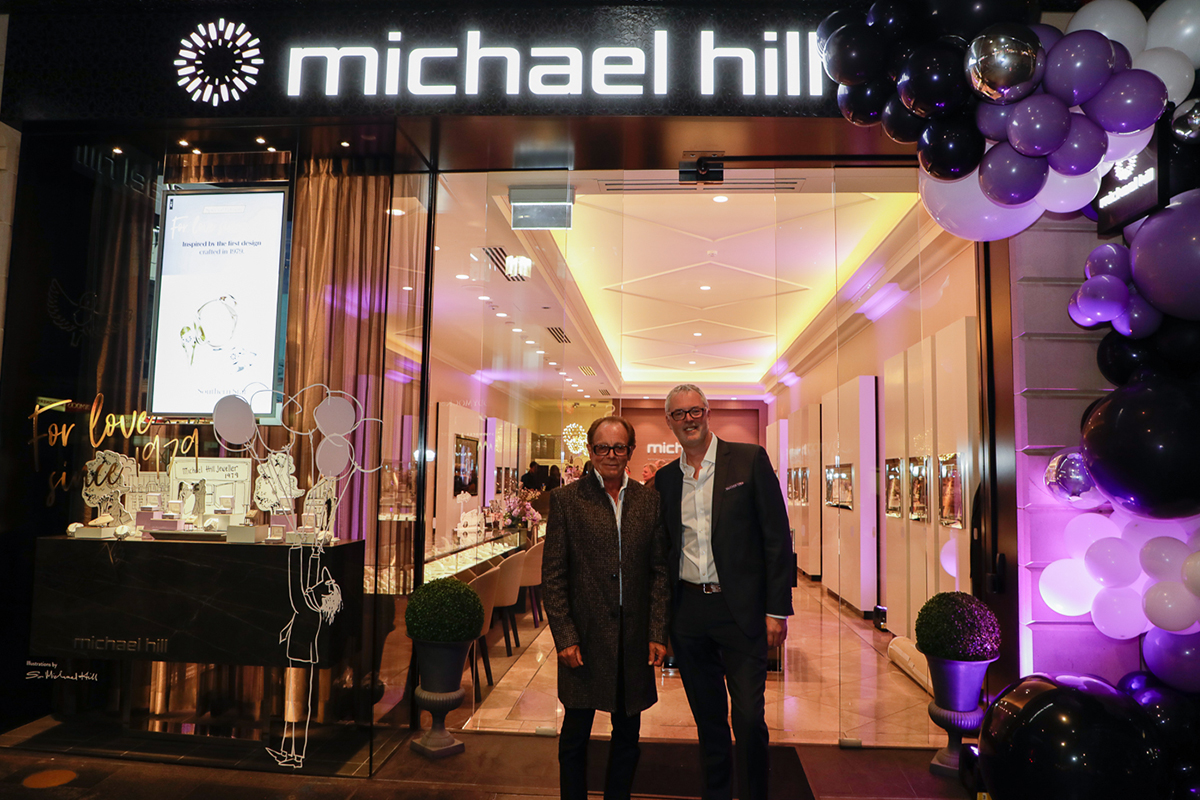 If it weren’t for a raging house fire that destroyed Sir Michael Hill’s entire life possessions, his iconic jewellery empire may never have been created.

“It was really weird that night (of the fire),” Sir Michael shared. “We were just completing a two-year build and we had been at the pictures. We came out and there was a message saying our house was on fire.

“It was pouring with rain and as we drove towards the house, which was up on a hill, I realised everything I had was just all over.

“When we arrived, there wasn’t much we could do except watch it burn. After that night, everything changed. It was like a complete snap in me.”

From that night in northern New Zealand, Sir Michael decided to launch Michael Hill – an opposition company to his uncle’s famed jewellery business. 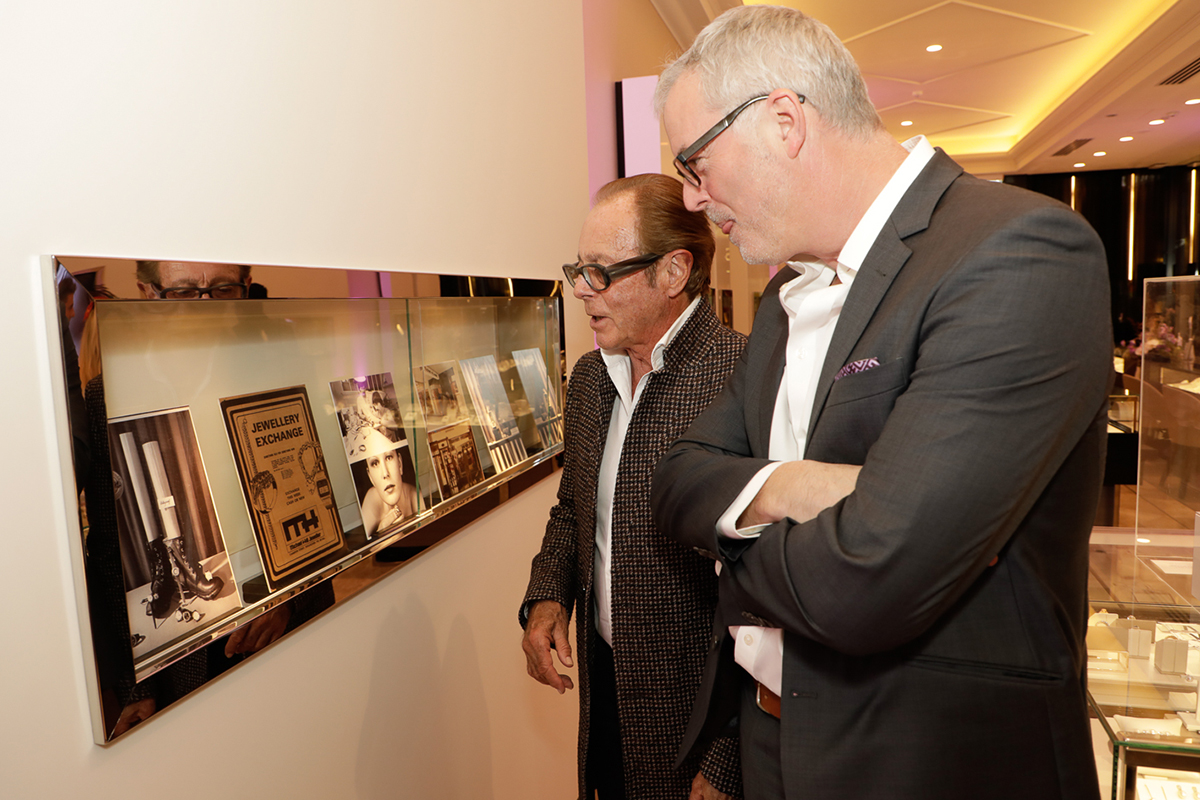 “In the first 18 months, we actually took more than my uncle (whose business had been there for 50 years). It was the best thrill,” Sir Michael says.

Four decades later, Michael Hill has expanded from New Zealand to Australia and Canada, and has more than 300 stores.

Although the 80-year-old was born into a family of jewellers, creating personal pieces was not his life dream. After spending hours every day practising to become a violinist, his parents and uncle told him to get a “real job” and set him to work in their watchmaking workshops – and he “couldn’t think of anything worse”. 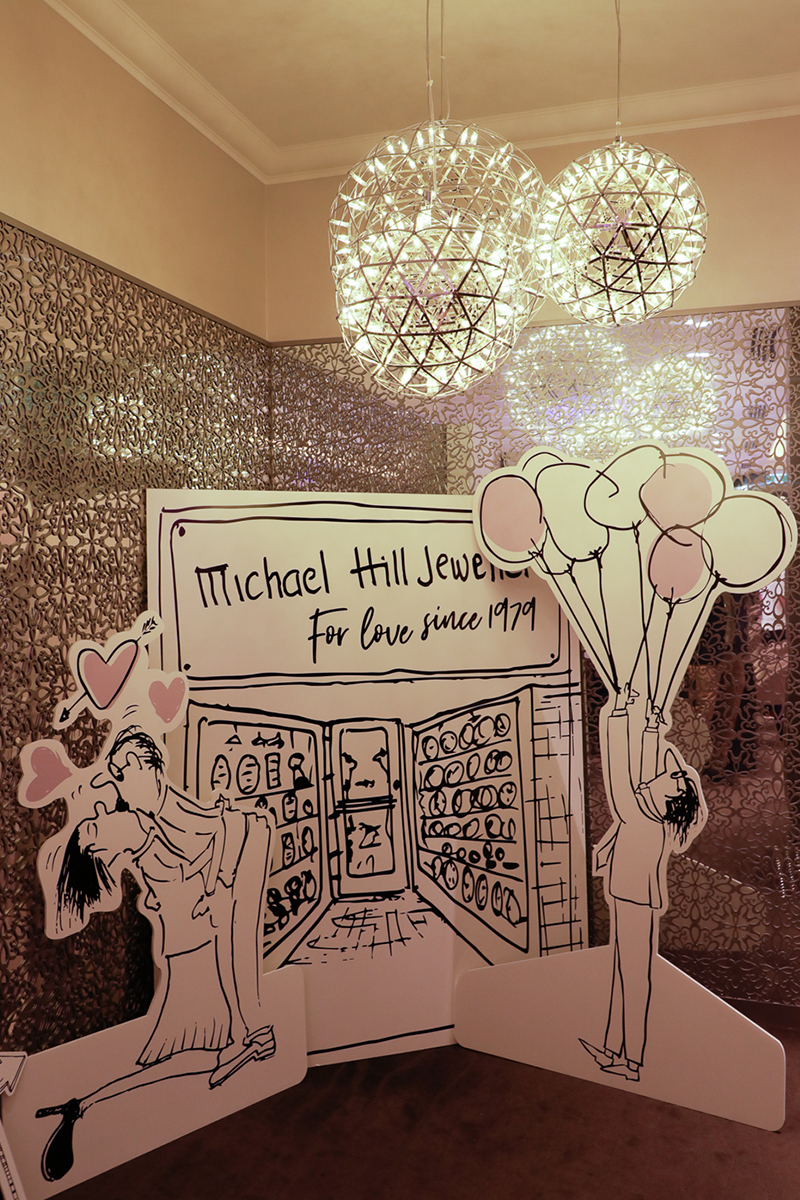 With a lack of timepiece passion, Sir Michael was sent to work with his father in sales. During his 23-year-long apprenticeship, the entrepreneur was taught the 10 steps of sale – a method he still uses today.

But it’s perhaps Sir Michael’s quirky take on television advertisements that really led to his success.

“That’s how we got started – by me fronting the adverts, and they went like this: ‘Hello. Michael Hill. Jeweller.’ That was it,” he says. “I did crazy adverts; they were probably too crazy actually.

“We did crazy windows with a few items. We had just-hatched live chickens running around the window, we had Coke cans – very unusual windows that were simplistic and attracted a lot of attention.”

To celebrate 40 years of success at Michael Hill’s, the company hosted a party in its flagship boutique in Sydney, Australia, complete with flowing champagne and canapes – each a tribute to every decade of the jeweller’s existence.

On display were signature collections, called the Heritage Collection, from the 1970s, 1980s, 1990s and 2000s, including a bamboo-inspired silver bangle sprinkled with diamonds – the very first item sold at Michael Hill.

“Forty years is usually the end of a business,” Sir Michael says. “Very few, except the top brands, continue going from strength to strength. We needed to stretch ourselves and stretch our creativity.

“This is a company that within a year or 18 months is going to be a totally new business.

“If you take those people who are cheerful and determined and you sell the vision and the dream… it’s the greatest thrill I’ve ever had.”