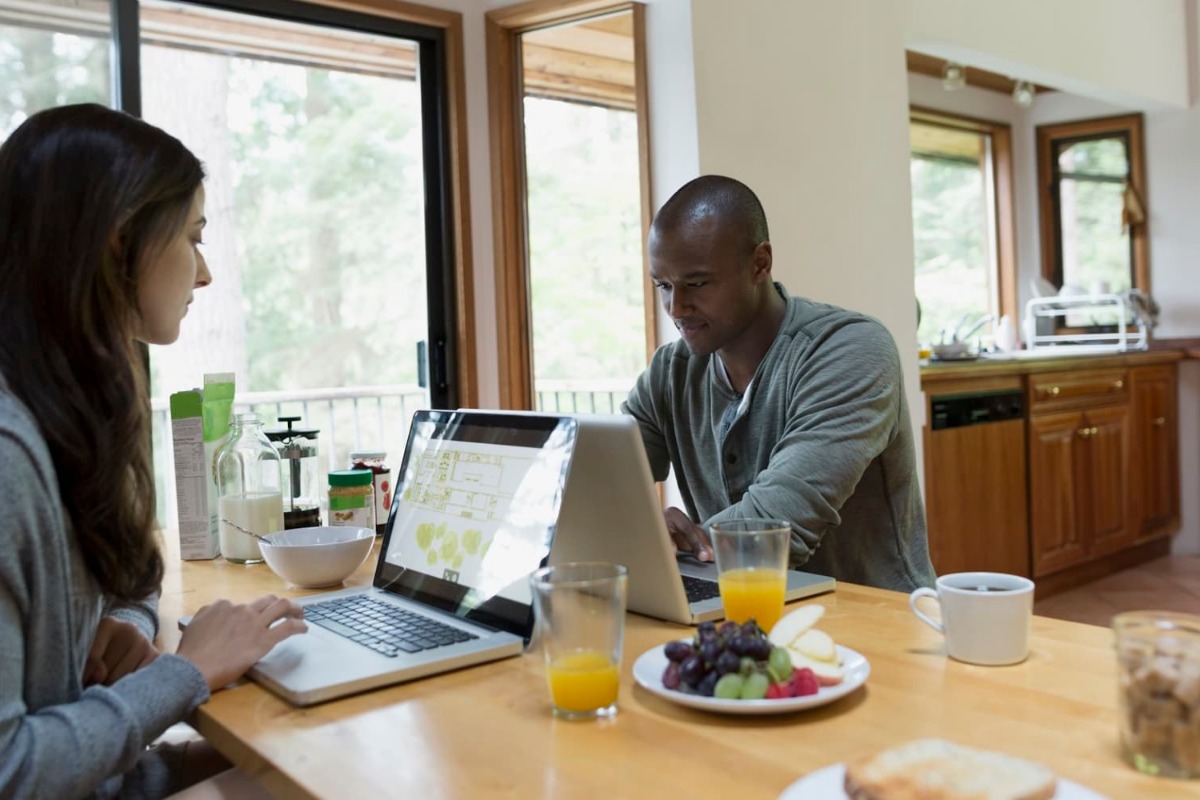 John Lewis, the high-end homewares, furniture and fashion department store in the UK, has released its annual report showing how we shopped, lived and looked in the year that’s been. “There’s no question. 2020 will be remembered as the year that changed everything,” Trading Director Simon Doble states in the ‘How We Shop, Live and Look 2020’ report.

“The global COVID-19 pandemic has transformed every aspect of our lives: how we shop, live, socialise and work. It has been a year in which people’s homes truly became their castles. We couldn’t venture out into the world, so we brought the world into our homes. We’ve stayed in, hunkered down, decked out and spruced up our living spaces.”

The report found previously bestselling products were not selling; while things we never bought in quantity before were suddenly rushing off the shelves.

People also changed their routines. Instead of rushing out of the home to get to work, breakfasts became the meal of the day, with people taking their time to sit down and enjoy their food. John Lewis sold out of egg cups online in June, while sales of Le Creuset butter dishes were up 107 per cent and John Lewis espresso-maker sales were up 12 per cent. Conversely, alarm clock purchases dropped 38 per cent and suitcase buys plummeted 69 per cent as work from home became de rigueur.

Without the need for formal wear for work purposes, people dressed down with a vengeance, with John Lewis stating we “freed ourselves from the tyranny of the waistband” and became comfortable in casual attire.

“With many of us working from home, sales of loungewear and leggings rose by 1,303 per cent compared to May 2019,” the report states.

Many people chose to redecorate their homes as they were looking at their four walls more often than not in 2020.

“As the year has progressed, we’re more in love than ever with our homes,treating them to a facelift,” the report states. The store chain said it had nearly 10,000 home design appointments with customers this year, both virtually and in-store. At the same time, sales of ready-made curtains rose 19 per cent and sales of paint went up 33 per cent. Hot tubs and barbecues were also big-selling items as we remained in our own private spaces.

As the financial reports from the likes of Amazon, Costco and Walmart indicate, people took to online shopping like never before. Last month, Amazon reported independent businesses selling on its platform crossed US$4.8 billion in worldwide sales from Black Friday through Cyber Monday,an increase of more than 60 per cent from a year earlier.

With holidays impossible for most people in the world, many decided to bring the vacation vibes to their gardens with sales of paddling pools and inflatables up 156 per cent, beach toys and garden games up 108 per cent and self-tanning products up 45 per cent.

Lockdown saw many people rediscover their love for letter writing to stay in touch with loved ones, with sales of calligraphy pens up 406 per cent, notecards and writing sets up 227 per cent and writing stationery up 85 per cent.

Online shopping now accounts for 60–70 per cent of John Lewis’s sales. Before the coronavirus pandemic it was only 40 per cent.

Peak times for customers shopping on the web have also changed, the report states. People used to browse in the evening after work, but are now shopping more during the working day, particularly between the hours of 11am and 4pm.