Inventing an altruistic product is one thing, taking it to market is an altogether different challenge. 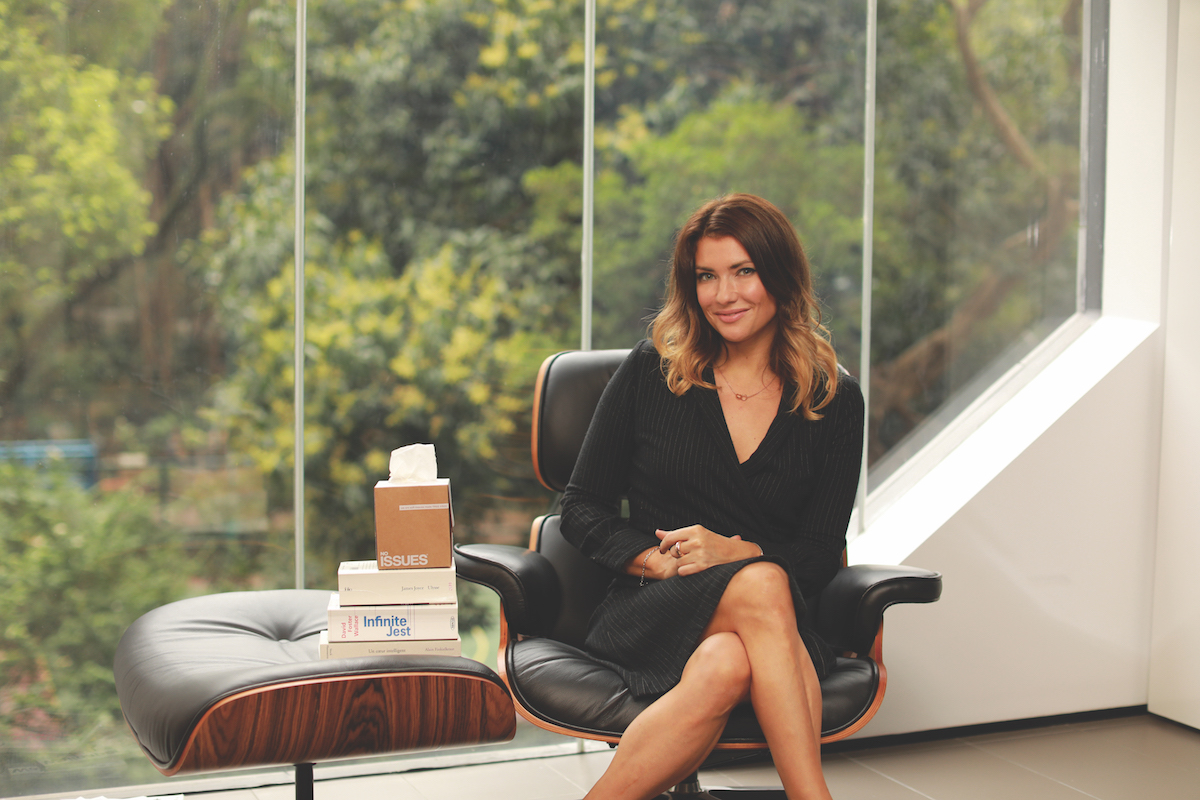 We speak with three self-made CEOs who took big risks with unique products to make a difference to people’s lives. Here’s how they did it.

Amanda Hart, CEO, Be a Looper

Amanda Hart, CEO of Be a Looper

Tasmania has the highest youth suicide rate in Australia: 45 victims for every 100,000 people.

And that’s just the tip of the iceberg, and a statistic that doesn’t take into account the collateral psychological damage levelled upon family and friends who are left behind.

“Growing up in Tasmania, I lost three close friends and nine people from my wider circle,” says Amanda Hart.

“So when I was 18, I went to a suicide prevention retreat to learn how to help people at risk.”

It was there that Hart first learned about a mental health check-in tool where people rate their mood and text this information to a friend or counsellor every day.

A low rating equates to an SOS and the receiver calls the sender. During the same period, Hart was forging a career rolling out technological transformations for companies.

“That was the penny-drop moment,” she says. “I realised I could reach a lot more people with technology.”

So she built an app that reminded users to rate their mood at a set time every day and send the score to five nominated friends.

If a score of three or below was received, all five friends would get an SOS alarm on their phones. And the system would be reciprocal.

So users would also get to see how their friends were tracking and offer them support too.

Two months after the app was launched in December 2017, more than 6,500 people from 55 countries had downloaded it.

Between them, they had sent 1,700 SOS messages – which had potentially saved the same number of lives.

Ziah Lane, CEO of No Issues

Every year, four billion trees are cut down to meet global paper demand.

There is, however, a far more environmentally friendly option: bamboo, a tropical plant that grows so quickly (it reaches maturity in three to five years) and easily (it does not require pesticides, chemical fertilisers, irrigation or even replanting) that it’s considered a pest in many parts of the world.

The conundrum was at the forefront of Ziah Lane’s mind when she created a prototype package for No Issues, a tissue brand made of bamboo, for her final assignment as a master’s student at UNSW Art and Design in 2011.

Most university assignments are forgotten about as soon as they are marked. But Lane suspected she’d hit a nerve with her idea and sent an email to a buyer at Woolworths to see if they’d consider stocking it.

“Bamboo really is the future of the paper industry … also things like T-shirts, socks…”

“Supermarkets in Australia are really interested in environmentally friendly products. They loved the idea,” says Lane of that fateful first meeting.

“But it wasn’t easy. At that stage, I only had the packaging. The product didn’t exist.”

Another thing that didn’t exist – at least not in Australia – was the technology for turning bamboo pulp into paper.

For that Lane would have to go to Asia where bamboo paper is mainstream. She spent the next few years travelling to and from China, visiting factories and plantations, and testing existing products until she found the right stock and manufacturer.

In 2015, three years after her meeting with Woolworths, Lane shipped the first batch of No Issues tissues and toilet paper to Australia.

“The most challenging thing was managing the cash flow,” she says. “There’s a massive time gap between when you pay your supplier for your order and when you get paid by your client.

I had only one investor, so the critical factor was getting good financial advice.”

Today, No Issues products are stocked not only by Woolworths but also by Coles and Harris Farm, as well as by supermarkets in Hong Kong.

It has an annual turnover of A$2 million. It’s a stellar result for a businesswoman with no prior experience in retail or manufacturing, but Lane isn’t stopping there.

“I’m looking at selling my product back to China and bringing the technology to make bamboo to Australia,” she says.

“Bamboo really is the future of the paper industry. And not just paper, but also for things like T-shirts, socks, bedsheets and diapers.”

Water for the soul

Five years ago, Sturt Hinton was selling real estate in Melbourne, but it wasn’t a fulfilling career.

“I was unhappy about the direction of my life,” he says. “The path I was on wasn’t authentic.”

Fast forward to 2015 and, after a stint in Queensland, he flew to Sydney with a dream in his heart and a backpack full of bottled mineral water that he hoped to sell to retailers.

However, this was no ordinary water – it was Frequency H20, the world’s first light- and sound-infused water.

The process is said to alter the texture of water, supercharge it with antioxidants and make it clearer.

“When I got to Sydney, I slept on a friend’s couch at night and during the day I would fill my backpack with water and go door-to-door pitching samples to health food stores across the city,” Hinton says. “Eventually five stores said yes.”

Awarded Best Bottled Water at Berkeley Springs International Water Tasting, Frequency H20 is now stocked in more than 500 stores around Australia and Hinton is making inroads into the US through a distributor.

In the past 12 months, he’s sold 30,000 units – a handsome little earner, but only a drop in the ocean when measured against the half a billion dollars Australians spend on bottled water annually.

“I do think it has the possibility of going global, though my customers are early adopters and it’s currently very boutique,” Hinton says.

“But I didn’t move to Sydney with a backpack full of water to get rich. I did it because I was on a journey to share my passion with the world.”

Ian Lloyd Neubauer is a Sydney-based freelance journalist and photojournalist. His work has been published by TIME, CNN, The New York Times, The Economist, and other publications of note.