In honour of International Day of the Girl Child (IDGC), Mastercard has committed to delivering STEM education opportunities to 200,000 10-13 year old girls. 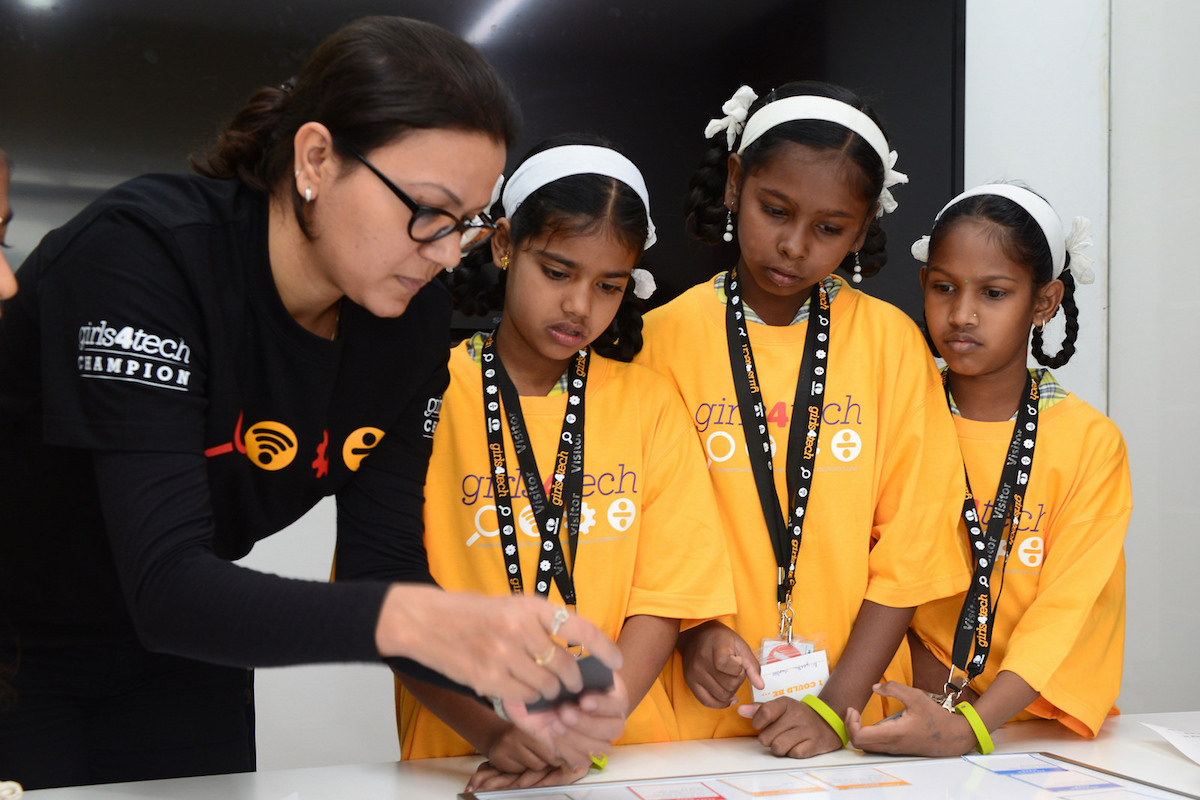 Mastercard has committed to deliver science, technology, engineering and mathematics (STEM) education opportunities to 200,000 10-13 year old girls by 2020 in honour of International Day of the Girl Child (IDGC).

The company plans to reach this goal through its Girls4Tech program. Launched in 2014, the education program was developed by the company’s top engineers and technologists to teach the next generation of problem solvers the foundations of STEM principles.

Girls4Tech debuted in China and Singapore in 2016, renewing its partnerships with the Network for Teaching Entrepreneurship, Shanghai Be Better Education and the Singapore Committee for UN Women. It is expected to benefit 30,000 girls in China and 7,500 girls in Singapore during the 2017-18 school year.

“This is reinforced by our latest Girls in STEM research which revealed that greater support from schools and institutions, and earlier exposure to STEM careers can positively influence participation in STEM fields. With the expansion of Girls4Tech in Asia Pacific, we hope to spark girls’ interest in STEM, and inspire them to pursue a STEM career.”

Mastercard’s 2017 Girls in STEM research found that 30% of 17-19 year old girls in the Asia-Pacific said they would not work STEM jobs despite studying a STEM subject.

This Girls4Tech initiative is part of Mastercard’s efforts to roll out STEM workshops worldwide. Its Girls4Tech workshops will be held in 10 countries during October from Auckland to St Louis. They will allow girls to apply the maths and science concepts they learned in school together with their own skills to solve real world challenges. The girls will explore encryption, cryptology, big-data analytics and algorithms, and biometrics to develop innovative technologies that are simple, smart and safe.

Even more girls taking part in @Mastercard’s #girls4tech program on this #IDG2017 in Sydney, Australia pic.twitter.com/DmhBU9Ad0C

“Our work is focused on developing a pipeline of female talent in STEM,” Trina Liang-Lin, President, Singapore Committee for UN Women, said. “This means providing young girls with the opportunity to interact with female role models and enabling them to experience firsthand STEM careers at organisations across the country.”

Women are still heavily underrepresented in the STEM sector. A recent report by Australia’s Chief Scientist found only 16% of those qualified in STEM fields in Australia are female.

According to the World Economic Forum, women account for only 35% of STEM undergraduate degrees. The Forum also highlights three reasons for the lack of women in these fields.

“Ingrained biases start at an early age and become even more pronounced as girls move through school and enter into the world of work. Girls are rarely encouraged to study math or science, and often internalise beliefs that boys are simply better in these fields,” the Forum stated.

There have been a number of initiatives worldwide aimed at boosting the number of women in STEM fields such as the Science in Australia Gender Equality program and the Society for Canadian Women in Science and Technology.

US manufacturing company Arconic also recently donated $US20K to the United Way and YMCA which will be used to support STEM programs for girls.

International Day of the Girl Child

Held each year on October 11, IDGC highlights the need to address various issues girls face around the world and to promote their human rights.

This year’s theme is ‘EmPOWER Girls: emergency response and resilience planning’ which plans to focus global attention on both the challenges and opportunities for girls before, during and after crises.

“Whether caused by armed conflict or natural disaster, humanitarian crises always hurt women and girls the most – they account for more than 75% of the
refugees and displaced persons at risk from war, famine, persecution and naturaldisaster,” Irina Bokova, Director General of UNESCO, said. “They are also vulnerable to sexual abuse and exploitation, during conflicts and in refugee camps.”

The future is female. For #DayoftheGirl October 11 @GirlUp is celebrating awesome girls everywhere with #GIRLHERO→https://t.co/c767K4PuY7 pic.twitter.com/GVwy4VfQpd

The United Nations Foundation Girl Up has begun the hashtag ‘Who’s your #GirlHero’ in light of IDGC, encouraging girls to post a video to social media talking about a girl who has inspired them.

There are also several events hosted worldwide to celebrate IDGC including panel discussions, speeches and social gatherings for women and girls.