What ‘code red’ climate change means for your future

“Billions of people are at immediate risk.”

Melting icebergs, warmer weather, extinct species, severe wildfires and frequent flooding – the world is facing a dim reality. And while climate change isn’t new, it is a code red for humanity.

The noise around global warming can get overwhelming and unwieldy, but the latest report from the world’s leading climate scientists at the Intergovernmental Panel on Climate Change (IPCC) warns drastic actions need to be made now or it really will be too late.

There will be no going back from some changes already affecting the climate, the United Nation claims.

“The alarm bells are deafening, and the evidence is irrefutable: greenhouse gas emissions from fossil fuel burning and deforestation are choking our planet and putting billions of people at immediate risk,” António Guterres, United Nations Secretary-General, told CNBC.

The IPCC report is the first of four instalments to be released, with others to follow next year.

Every region on the planet is already affected by climate change in many ways and it is expected it will take 20–30 years to see global temperatures stabilise.

“This report is a reality check,” Valérie Masson-Delmotte, IPCC Working Group I Co-Chair, says. “We now have a much clearer picture of the past, present and future climate, which is essential for understanding where we are headed, what can be done, and how we can prepare.”

As the IPCC warns of increased extreme weather events threatening humanity, one is currently destroying the north of our planet. Russia’s wildfire inferno is described by The Washington Post as being bigger than the fires in Greece, Turkey, Italy, the US and Canada combined.

A heavy acrid blanket of smoke from the Siberian wildfires has drifted to the North Pole – travelling more than 3,000 kilometres from the heart of the fire in Yakutia. NASA captured satellite images showing the thick smoke completely covering the land from view, stretching to parts of Canada and Greenland. A report from the The Siberian Times described the adverse event as, “Russia’s largest territory, used to be known as the Kingdom of Permafrost, [now] is turning into the Capital of Wildfires”.

CO2 levels are the highest they’ve been for 3.6 million years – going hand in hand with an influx of extreme weather events like the Siberian wildfires.

The cause of the catastrophic global warming? Us.

“It has been clear for decades that the Earth’s climate is changing, and the role of human influence on the climate system is undisputed,” Masson-Delmotte says.

Greenhouse gas emissions from human activities have been found responsible for approximately 1.1oC of increased global warming between 1850 and 1900.

“Unless there are rapid, sustained and large-scale reductions of climate change-causing greenhouse gas emissions, including CO2, methane and others, the goal of limiting global warming to 1.5oC compared to pre-industrial levels, as enshrined in the Paris Agreement, will be beyond reach,” the UN states.

However, there is still time. By changing our actions – including those of the world’s largest polluters, we still have the power to disrupt the projected course.

“Stabilising the climate will require strong, rapid and sustained reductions in greenhouse gas emissions, and reaching net zero CO2 emissions,” Panmao Zhai, IPCC Working Group I Co-Chair, says. “Limiting other greenhouse gases and air pollutants, especially methane, could have benefits both for health and the climate.”

How climate change will affect you 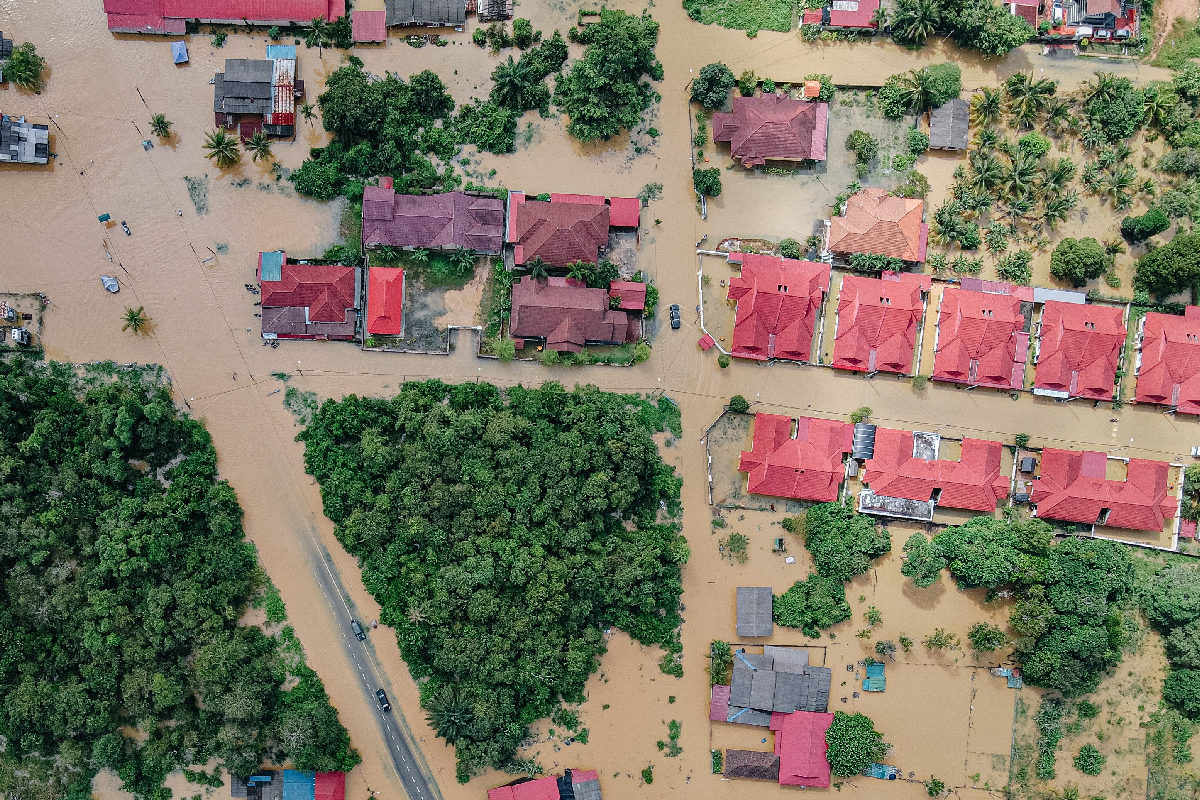 Changes occurring: This brings heavier rainfalls and associated flooding as well as intense drought in many regions.

What it means for you: Water-related hazards will cause destruction to your home, the region where you live and where you work. Increased flooding and droughts will drastically impact farming, which in turn will limit food supplies and accessibility, leading to less choice when it comes to what you put on your dinner table.

Changes occurring: For some cities, the impact of climate change may be felt stronger than in other regions.

What it means for you: If you live in a city, you may already be aware of an urban heat island. Made of heat absorbing surfaces (asphalt, concrete, tar), cities are warmer than regional areas. And with 70 per cent of the world’s population expected to live in a city by 2050, cities will be getting even hotter and more crowded – contributing to a long list of climate change and health issues.

Changes occurring: Coastal areas will experience sea levels rising consistently throughout the 21st century, which will contribute to frequent and severe flooding in low-lying areas. “Extreme sea level events that previously occurred once in 100 years could happen every year by the end of this century,” IPCC states.

What it means for you: Living by the ocean may become a dream of the past with coastal erosion increasing. Coastal communities will become flooded and force populations to move inland – creating overcrowding in some smaller island nations. It will also eradicate some of the most loved tropical holiday destinations including the Maldives, Fiji, the Seychelles and the Cook Islands.

Changes occurring: Global warming – even by 1.5oC, will amplify permafrost thawing, leading to the loss of seasonal snow cover, melting of glaciers and ice sheets, and loss of the summer Arctic sea ice.

What it means for you: Affecting almost every area of climate change, melting Arctic ice will have damaging consequences on agriculture, leading to higher food and clothing prices.

What it means for you: Just under half of the world’s population – about three billion people – rely on seafood as their primary source of protein. As the ocean faces harmful changes, it will have enormous ramifications on food sources for much of the globe.

Who can make an impact? 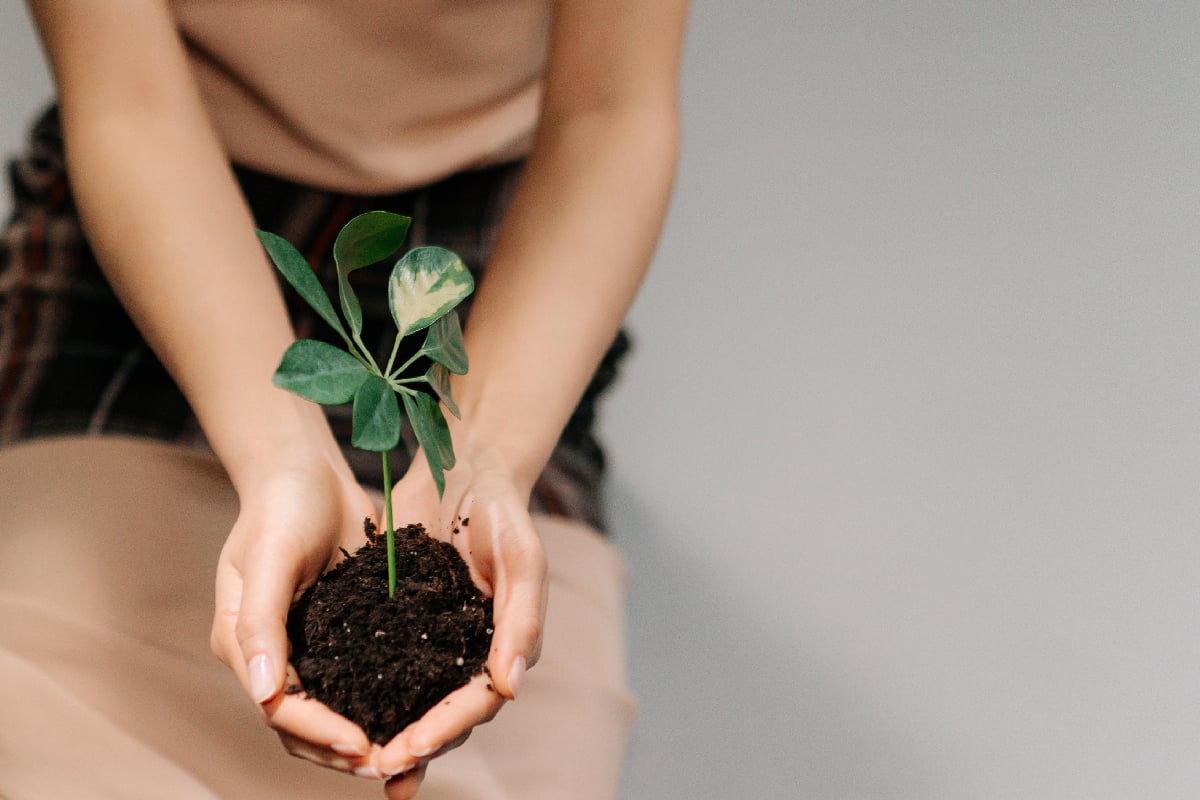 From recycling and avoiding plastic use to walking instead of driving or opting for just one vegan meal every week, there are countless small changes you can make to your everyday life.

However, it’s the business world that really needs to step it up. Only one in five of the world’s 2,000 largest publicly listed companies committed to a net-zero emission target, according to the Taking Stock: A global assessment of net zero targets report.

China alone is the biggest emitter of fossil fuel CO2 emissions, making for almost 30 per cent of the world’s total CO2 emissions in 2019 – that’s roughly twice what the US emitted.

Chevron, Exxon, BP and Shell were collectively behind more than 10 per cent of the world’s carbon emissions since 1965, a 2019 study found.

While the greatest responsibility falls on big business, small and medium size enterprises can also play their part.

“Climate change affects every single one of us and we all have a part to play to champion climate action,” Alok Sharma, President of the UN COP26, says.

How you can make an impact