After 14 years in the beer sector, Simon Laroche decided it was time for a change – one that would involve swapping the wintry, mountainous Canada for sun and beaches in Australia. “I was approached by Kraft Heinz Australia to take on a new challenge,” Simon tells The CEO Magazine.

After holding several successful senior roles at Canada’s largest brewery company, Labatt, the executive was ready to answer the call.

“I wanted to learn something else, to understand another industry,” he shares. “Out of all the international experiences you can get, Australia is one of the best out there.”

The big difference from working in beer to that of the food industry was having to learn 25 different categories.

“I think over-communicating, for me, was the most important thing and realising that you need to demonstrate your empathy and to understand the challenges placed on your employees.” – Simon Laroche

“We have 11 factories over two countries,” Simon tells. “The quality of products, research and development are all paramount – more so than in beer. Innovation is important in beer, but food is so much more diverse and offers many more creative opportunities.”

Kraft Heinz Australia has handled the challenges presented this year with transparent and overt communicative strategies that put the focus back on the people.

“Early on, we were discussing with governments in Australia and New Zealand, the importance of feeding people,” Simon says, adding that the business had a responsibility to stay operational, fulfilling the demands of consumers. 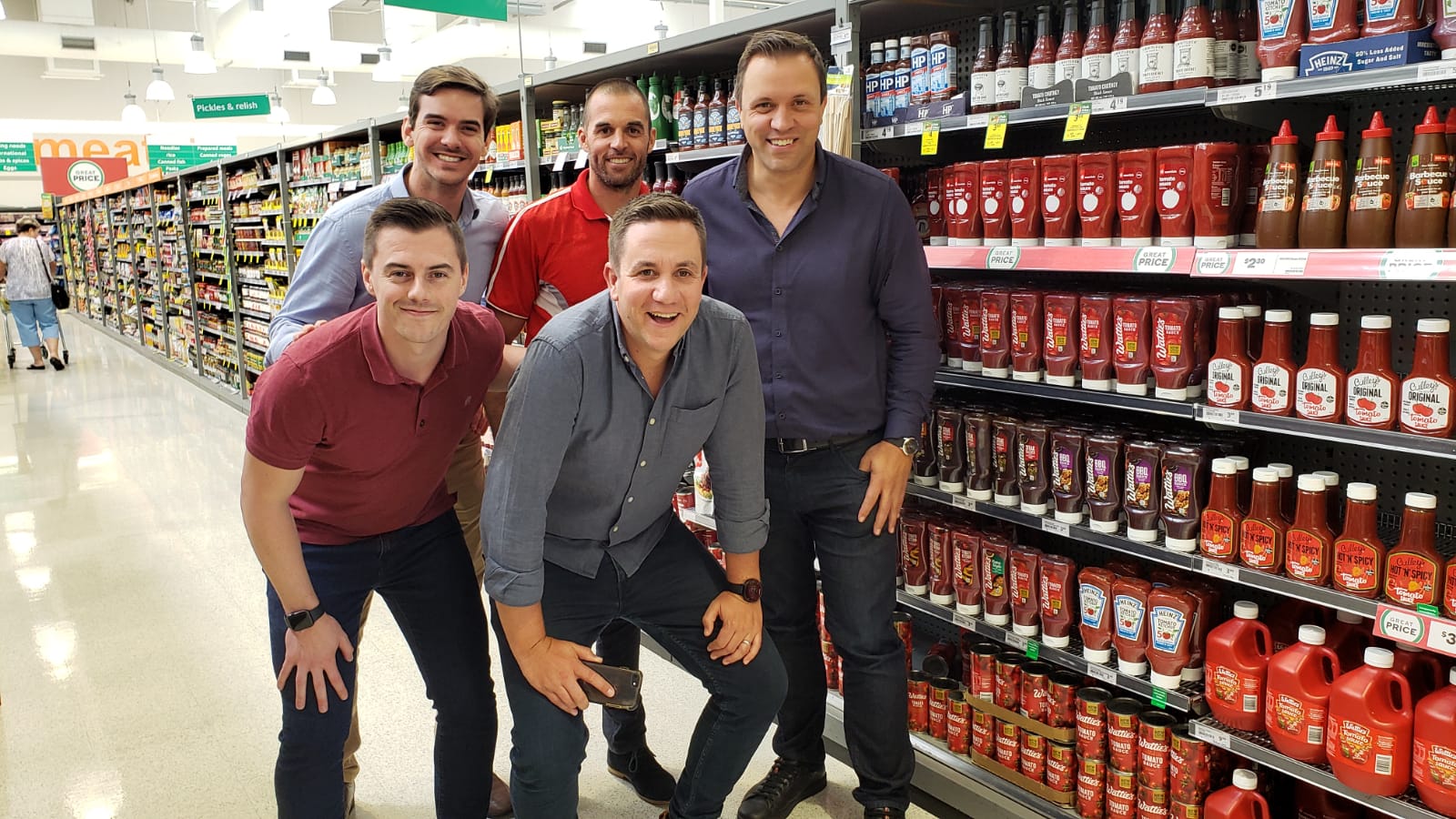 “I think over-communicating, for me, was the most important thing and realising that you need to demonstrate your empathy and to understand the challenges placed on your employees.”

Achieving this encompassed getting to know staff on a more personal level, including knowing who is home-schooling children, who is feeling lonely and who doesn’t have the best set-up to work from home.

“It’s not about just comparing it to your situation but understanding the reality of everyone else’s situation,” Simon adds.

He credit’s the company’s HR department who worked swiftly and efficiently to put together several programs that would help people throughout lockdown. These initiatives included virtual yoga, running club and an online book club.

“We wanted to make sure everyone was OK,” he notes. “We also organised big campaigns in our factories to celebrate our factory workers – our heroes, because these people had to leave their homes every single day.”

Simon also adds that Kraft Heinz Australia used this time to reflect on the future and discuss the projects that were going to drive growth for the next three to five years.

“I think it starts and finishes with a group of people; with the right people and strategy, we will continue to have a great business and grow sustainably.”

The panic buying that was fuelled by anxiety and uncertainty as various governments made their lockdown announcements will be synonymous with this year.

Such behaviour also provided a big challenge for Kraft Heinz Australia. The company had to act quickly to prioritise certain products while also improving its efficiency.

“We had to be nimble,” Simon explains. “We had to prioritise and improve output essentially to a maximum as there were signs that buying patterns were creating food shortages. We saw empty shelves which was a first for nearly everyone. Following this, governments and retailers were asking us for support.

“We had to become more efficient. So we increased the shifts to seven days a week for 24 hours across almost all of our factories. We had to step up big time, and our people were supportive and reacted so well.”

As part of the need to be more efficient, Kraft Heinz Australia launched its direct-to-consumer platform, Heinz to Home, offering free delivery for people in Melbourne.

“People could go online and order their favourites, whatever it is, sauces, soups or baked beans and spaghetti,” Simon relays. “The customer feedback we’re getting is unbelievable. We are continuing to think more about where the consumer will be in five years from now in a way that is different to how we were thinking previously.”

More recently in terms of evolving product lines, Kraft Heinz has focused on growing its plant proteins and meat-alternative offerings. One of the products that the company is immensely proud of is its new range of soups called Plant Proteinz, contributing 15g of plant protein to a daily diet.

This new line of soups is all part of Kraft Heinz strategy to be present in the intersection of health and sustainability. Another recent product, Simon highlights, is the company’s new Golden Circle juice range that contains 50% less sugar.

“It’s about understanding what the consumer wants and developing in that sense,” he explains. “We’ve been spending significant time even during this crisis on our research and development. And we have a lot of exciting innovations in the pipeline.”

The other area of focus for the company is sustainability. Simon shares that the global company has just released its sustainability plan, which encompasses its goals for the future.

For Simon, leading Kraft Heinz Australia through a momentous year has proved challenging, but it is the people that have kept him motivated, inspired and energised.

“I think it starts and finishes with a group of people; with the right people and strategy, we will continue to have a great business and grow sustainably.”

Simon adds that it’s essential to remain positive. “There are always going to be tough events, so it’s important to stay positive and concentrate on what you can control.”