“Girls. Gold. Glory.” It’s not the typical inspirational spiel you’d expect from a Forbes 30 Under 30 winner, but the ‘Three Gs’ is exactly what Brett Hagler was pursuing during his early 20s before life took an unexpected turn. 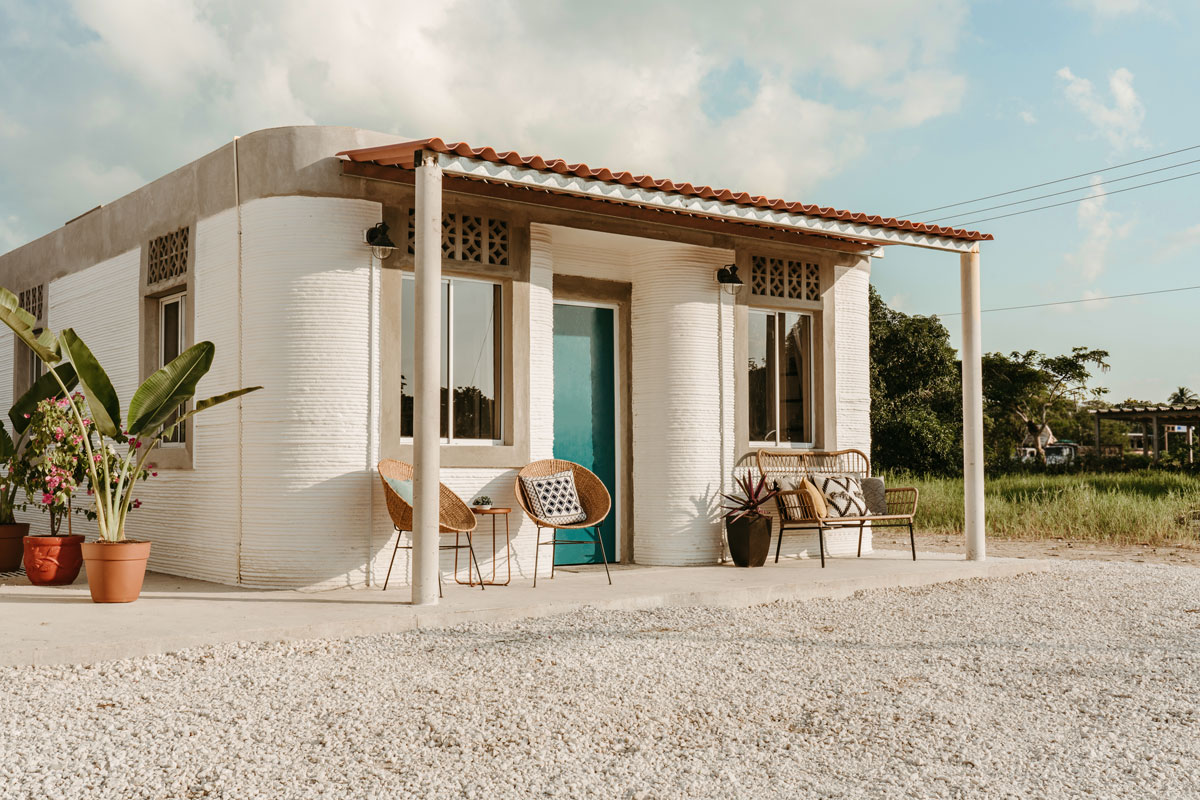 “Girls. Gold. Glory.” It’s not the typical inspirational spiel you’d expect from a Forbes 30 Under 30 winner, but the ‘Three Gs’ is exactly what Brett Hagler was pursuing during his early 20s before things took an unexpected turn.

After some divine intervention, the cancer survivor found himself on a plane to the earthquake-ravaged Haiti in 2013 – an experience that would expose him to over 100,000 shattered lives before inspiring him to become one of this generation’s most ambitious philanthropists.

By the age of just 25, Hagler retired from the rat race and launched New Story, a not-for-profit organisation pioneering a radical solution for ending global homelessness. The answer? 3D printing houses for those who can’t afford a roof over their heads.

“I definitely didn’t grow up thinking this is what I was going to do in my 20s,” the 30-year-old says today.

“I bought into the false equation that material things were going to bring me fulfilment in my early days and it turns out, when you make money and self-promotion your top priorities, it doesn’t. It was the path to emptiness.”

Fostering a desire to live a more selfless and generous life, Hagler’s first realisation was how limited the capabilities of current charities were. If he was going to make New Story successful, he needed to revolutionise the dated philanthropic model and look at the fundamental requisites for sustaining a better life for the poor in the long term.

“I realised that no matter how talented a kid is, how intelligent they are, how much creativity they have… if they don’t have the basic needs like food, water and shelter, it doesn’t matter how smart your kid is – you’re just trying to survive.”

With the technological advancements available in 2020, Hagler doesn’t believe that struggling communities should have to live this way. 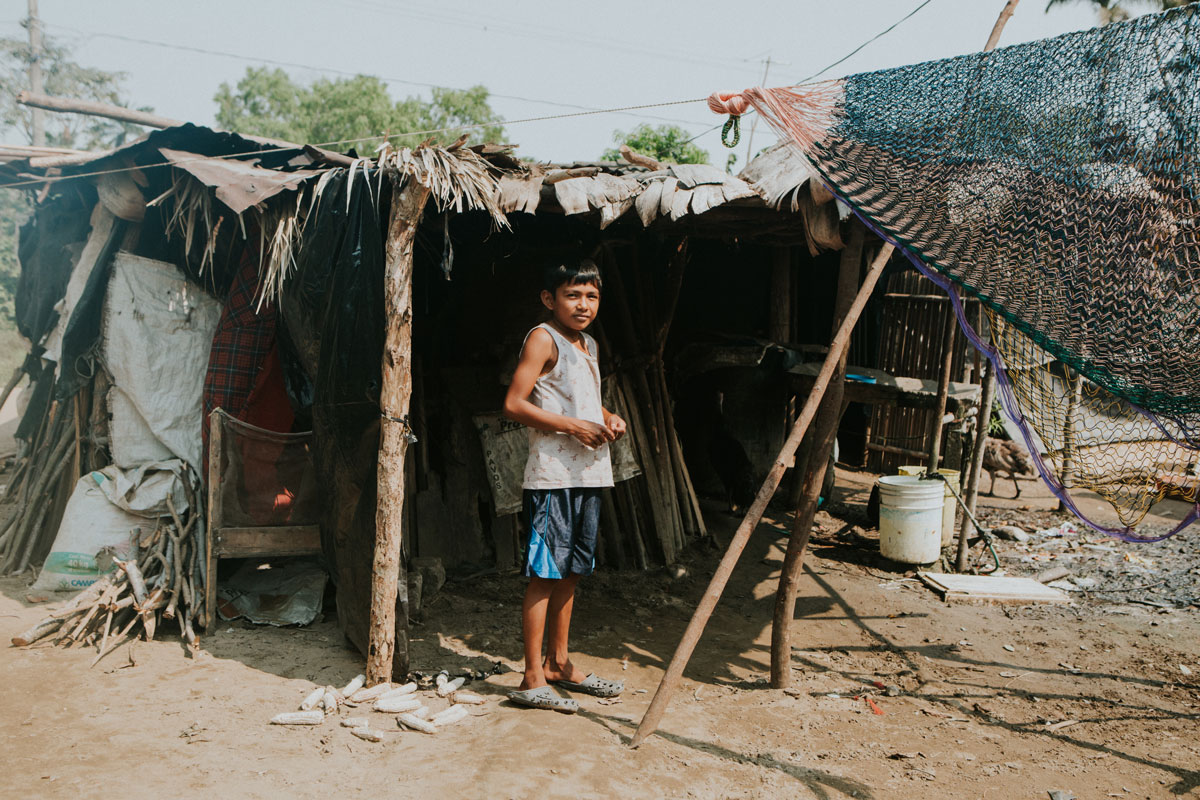 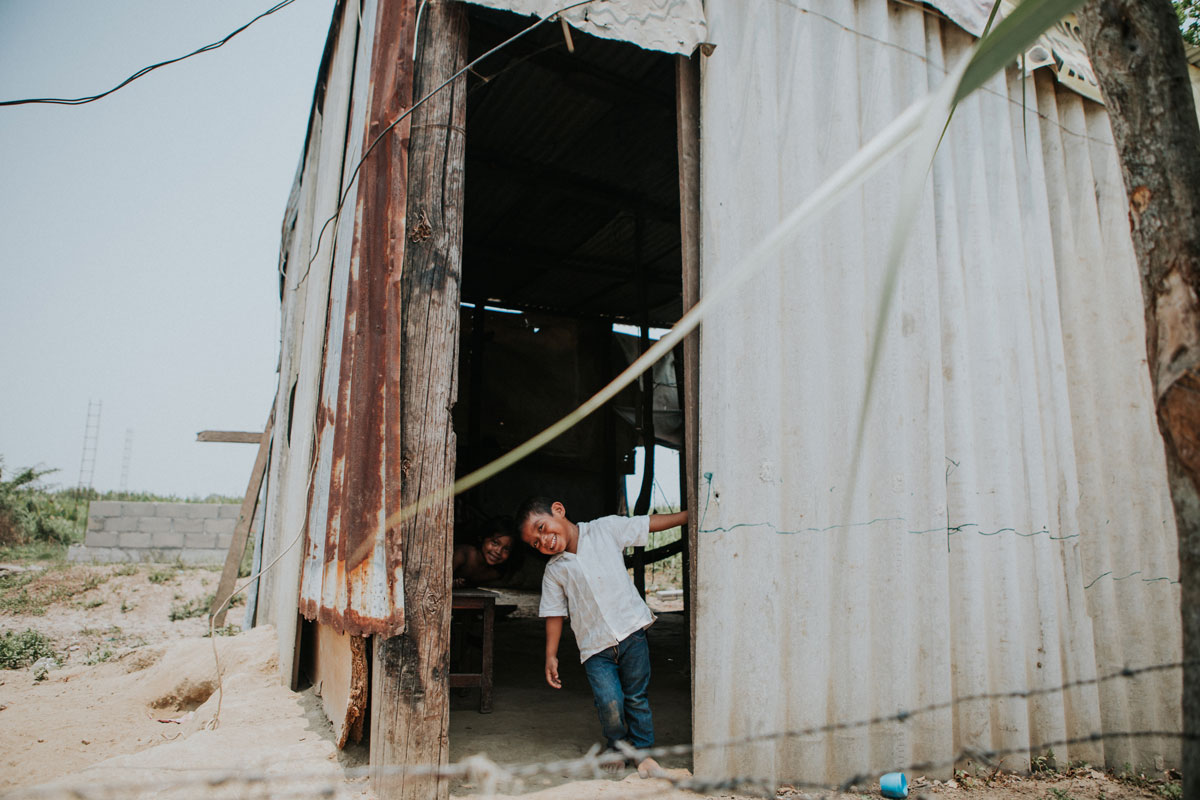 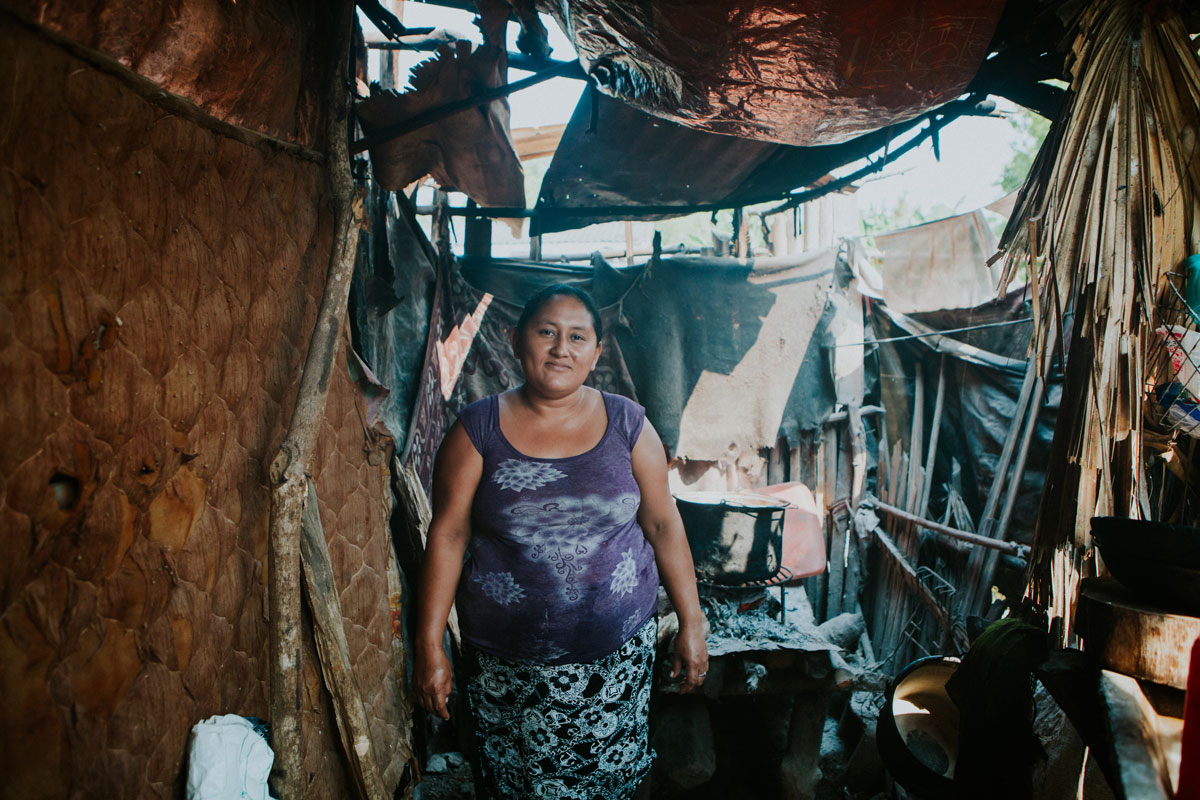 Fostering a next generation social impact organisation demands cutting-edge technology and this is why New Story partnered with ICON, a tech-based construction startup that was the first in the U.S to secure a building permit to create a 3D printed home in Austin, Texas, back in 2018.

Leveraging ICON’s expertise alongside ÉCHALE, a not-for-profit partner in Mexico, New Story was able to 3D print a complete house in a total of 24 hours across several days in one of the most remote parts of Mexico. The region was specifically chosen for its regular seismic activity.

“A significant number of people that need shelter and are in extreme poverty live in isolated urban areas that are prone to things like earthquakes, floods, hurricanes and unpredictable power supply,” says Hagler.

“We needed to prove that the homes could be used in the hardest environments where people actually lived.”

This also meant that the homes – complete with two bedrooms, a living room, kitchen and bathroom – could be engineered above the standard safety requirements to ensure they’d last generations for families who needed it most.

Whilst Hagler is reluctant to reveal the exact cost of each 3D printed home, he does admit that it’s currently priced around the same as a traditionally built home in Mexico.

“Because it’s so still early in the process, we’re not saying the exact price yet. When you do it for the first time, you’re still testing things and wasting some materials, or you make a mistake. Therefore, it’s hard to give an exact price right now.”

“From here though it’s only going to get better, faster and cheaper over time.”

Hagler is convinced that 3D printed homes will be the future of affordable community housing, especially when compared to traditional house building practices, which have plateaued in terms of capped pricing and the time in which they’re completed.

Hagler also believes 3D printed homes have the potential to be scalable and profitable beyond his own philanthropic realm.

“We wouldn’t go down that route, however, our partner at ICON can absolutely do that. What we want to do long term is to bring this innovation to families that need it most. Usually a big distributor of that is our governments. Governments will partner with us to buy these 3D printing machines and make them part of their social housing program and budgets.”

Beyond these basic homes, the Vulcan II 3D printers could one day print double storey structures – and testing continues to map out further design possibilities. 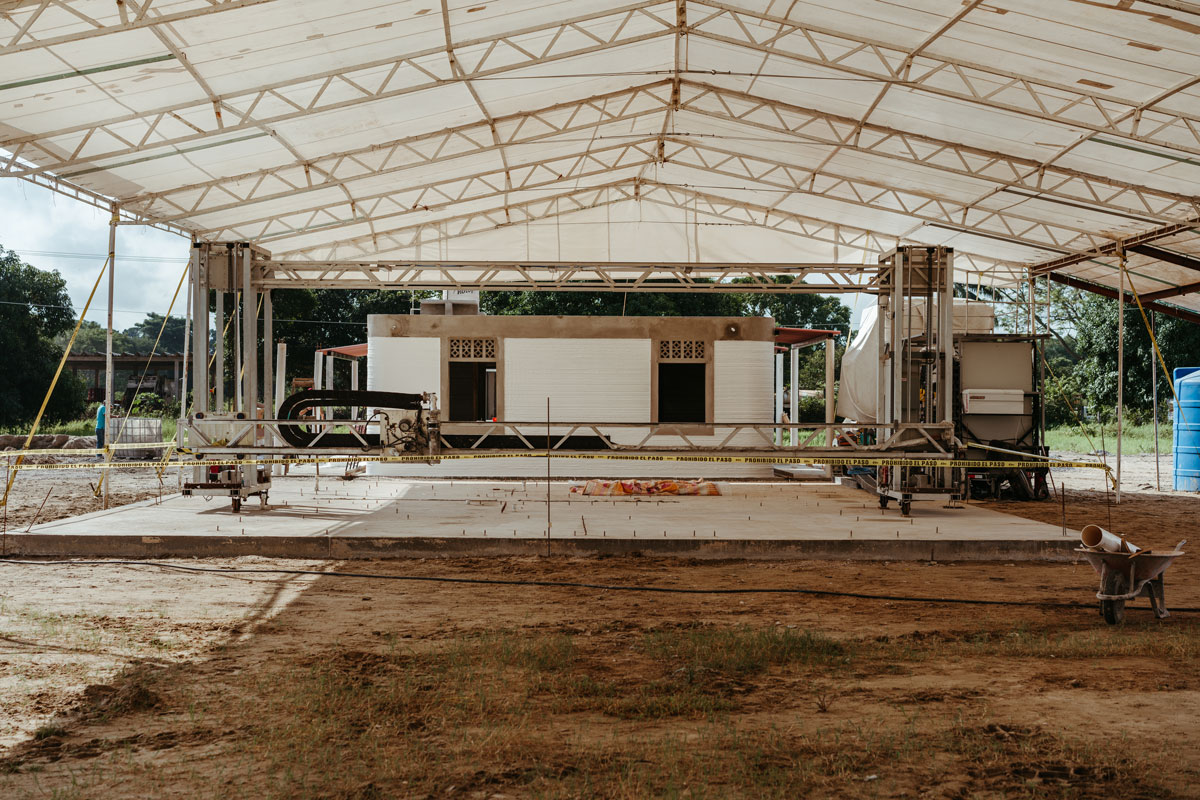 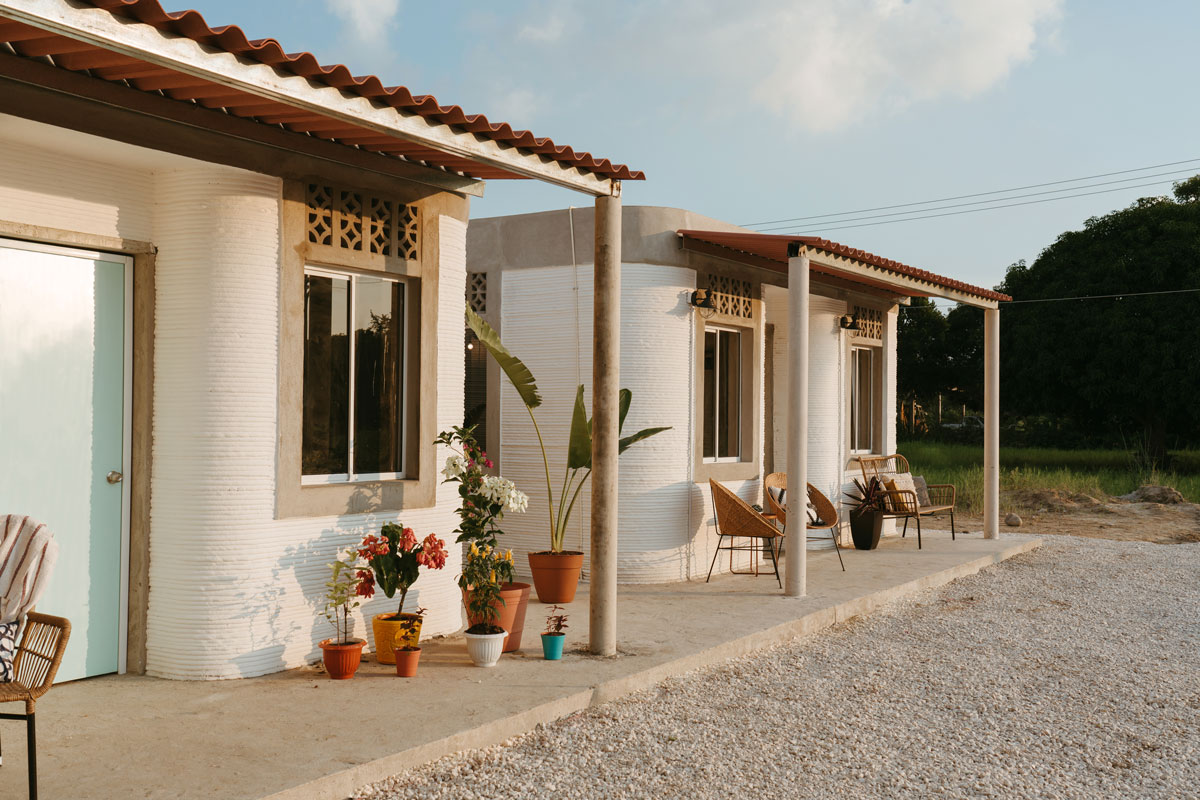 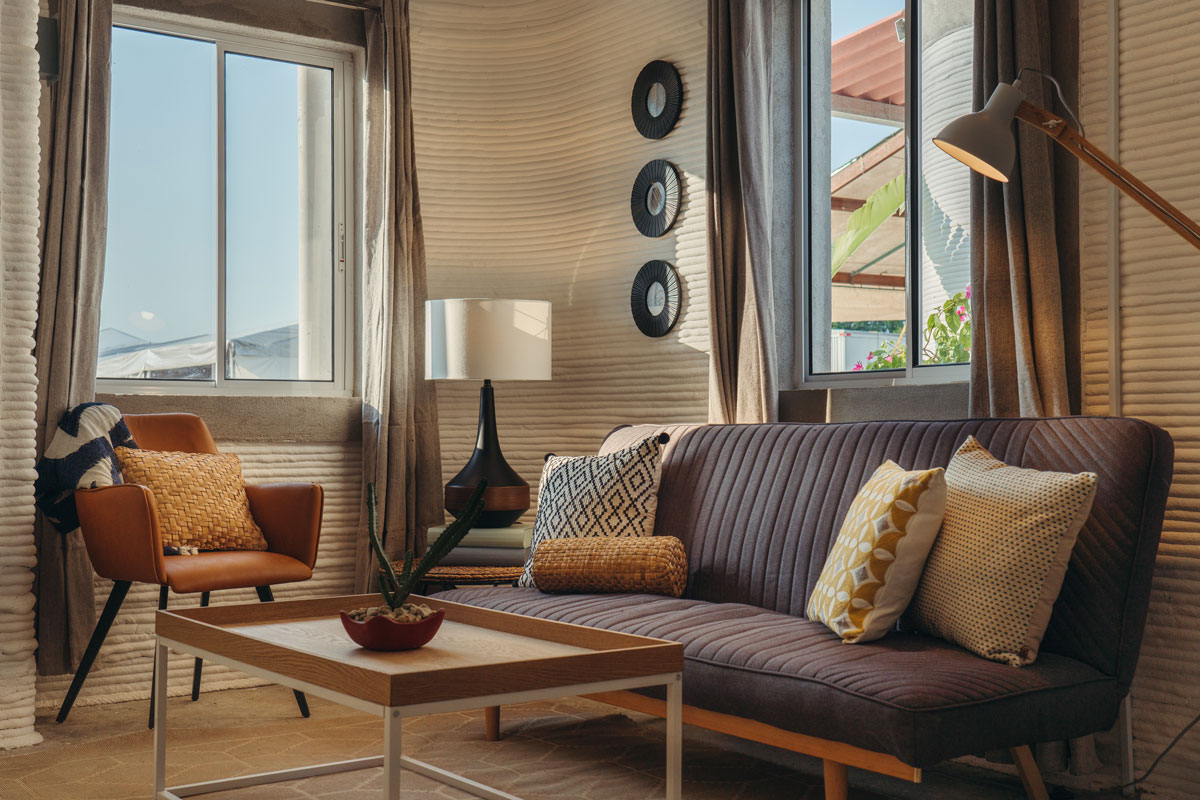 The logistics involved with 3D printing an entire community let alone a house doesn’t come without its setbacks.

“When you’re working on one of the largest problems in the world, traditional or linear methods won’t get us anywhere close to the sizeable dent we want to create,” says Hagler.

One of the most notable challenges for the New Story team was underestimating the difficulty in applying the 3D printing process in a non-controlled environment such as Mexico.

“Designing a machine that you can drive into an area in a developing country, roll it off and essentially lay a foundation and press print isn’t easy. Varying weather conditions, no reliable energy, clean water and storm season all made it so much harder.”

Choosing to work in a seismic zone also meant that ICON had to design the machines and materials to withstand earthquakes and hurricanes.

And then there’s the actual security headache of transporting the 3D printer across the border on a truck.

“The customs agents wouldn’t know what to do because something like this has never entered Mexico. It was with customs for three months, which is a big delay to our schedule. There’s no category for it, there’s a lot of proprietary material. It’s just a massive challenge.” 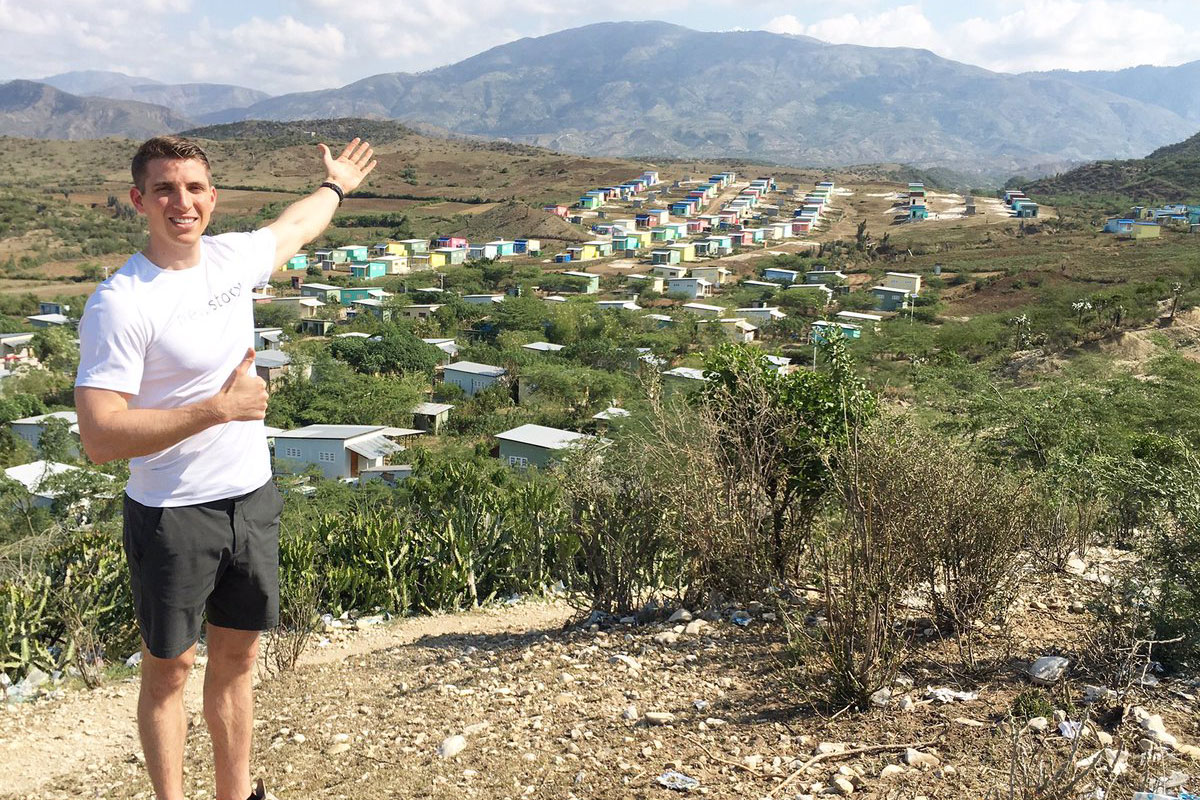 As he fires off responses over the phone from the back of a cab 12,000km away, Hagler doesn’t seem like the type of millennial who laments hard work. In fact, against the usual stereotypes, he might even live for it.

“I don’t want to say it’s all hard work. I’ve always considered myself a bit of an underdog, so that really helped my first five years. From zero to where we are today, a lot of times there are the long hours, but more than anything it’s a double-edged sword.

“Depending on your life situation, running a successful charity might not be the greatest thing in the world, but I was so obsessed with being focused on the task that almost all my energy and time went into that.

“Most importantly I knew what the team and I were building; I saw the opportunity and I saw the chance we had to take to make the most of our momentum from the early days. And I got to work and did not get distracted by trivial things.”

Hagler does note one advantage of getting his hands dirty at such a young age. Starting out that early in your life cycle usually gives you more energy and motivation to be focused.

“If you can prove a new way of doing something, you shouldn’t keep it to yourself. You should open-source it and have other department and government views that you can pivot.”

Proving the millennial myth wrong also seems to be something at which Hagler is proficient.