Why investing in changemakers can be a game-changer for everyone

It’s important that Highly Resourced Individuals realise their choices can have an incredible social and environmental impact. 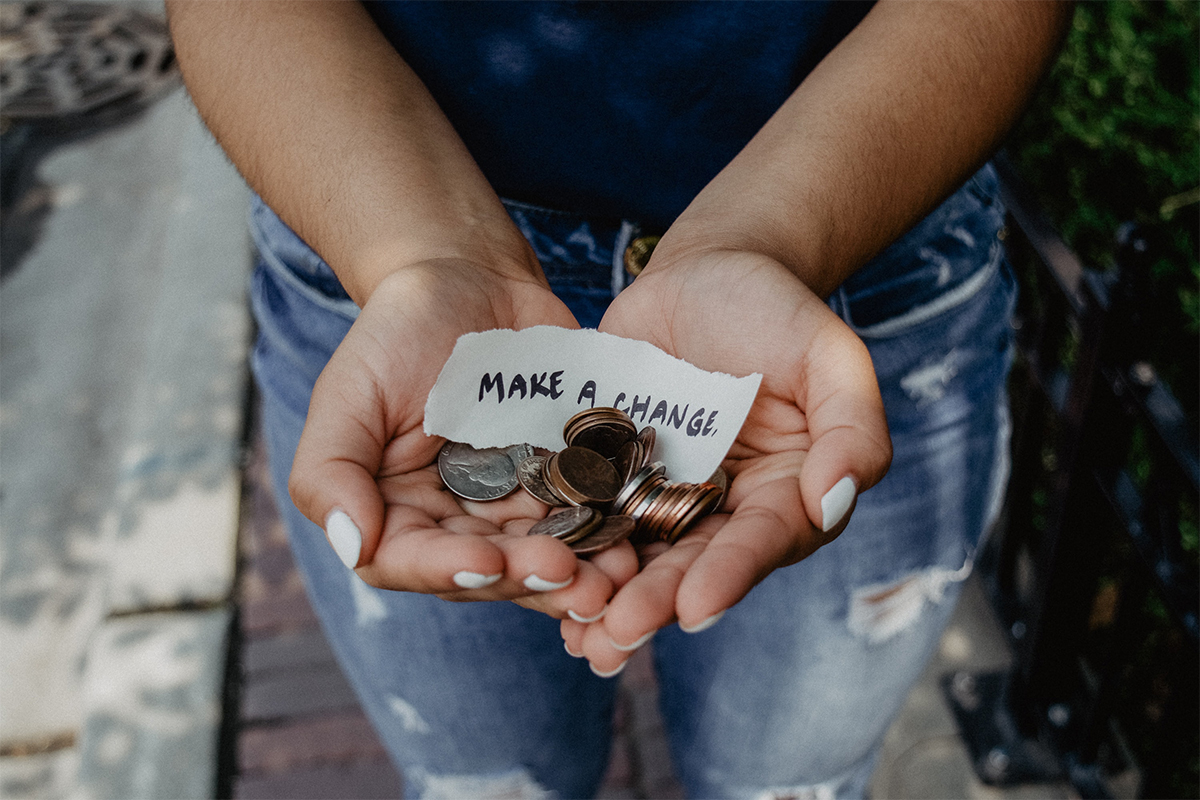 The future of social entrepreneurs looks bright, but if impact investing was more openly received by potential investors so they could become changemakers too, it could be a lot brighter.

As increasing numbers of companies start setting out to help solve social and environmental issues with impact front and centre, raising funds to grow these start-ups can be an issue. To scale their system-changing innovations, they need both financial and non-financial support.

Traditional big investors are more often risk averse and prefer to know just what returns they will likely receive. Despite its prominence and relevance, the social sector still faces a severe funding gap.

That’s why Piet Colruyt is hoping to encourage Highly Resourced Individuals (HRIs) to switch at least some of their investing to impact companies and see their potential as systems-changing philanthropists. Colruyt is the Founder of Impact House in Belgium, a hub built on the conviction that the biggest societal impact can be created when not for profit and for-profit strengthen each other.

According to Colruyt, HRIs can help prove to the bigger investment organisations that it is possible to do good while also making returns that will not only satisfy their bottom line, but also win favour with customers who increasingly support changemaker companies.

“Many people see it really as two different paradigms – you are making money or you’re doing good. We want everyone to realise it is possible to combine both,” he says.

HRIs are key to helping impact-oriented start-ups get to a place where they will attract more mainstream financing by giving them the boost they need when the investor risk is high, and at that point the returns are perhaps lower than traditional investment models would like them to be.

“To become really sustainable, a business should be able to offer returns, because then you can attract the pension funds and big banks to come in as everyone wants to be impactful,” Colruyt explains. “But to find them, you need investors who say, ‘OK, I am ready to take a higher risk, it’s not proven yet that it will work, but if it works, the impact can be huge.’ And there is a growing market for finding solutions to big societal issues.”

Colruyt believes it really is possible to reconcile the three P’s: people, planet and profit, but this is a possibility that requires HRIs and philanthropists becoming higher risk pioneers. The snowball effect which follows when investment leads to growth in a social impact company can mean more traditional investors feel their investment is safe with the offer of good returns. And strategies proved effective by such enterprises can then lead to policy change within nations – a powerful outcome. HRIs really can use their economic capital to fuel systemic change.

Impact House will be hosting part of the Impact Week in Brussels, Belgium (28 November – 2 December), which coincides with the Ashoka Changemaker Summit. Colruyt hopes some incredible connections will be made. 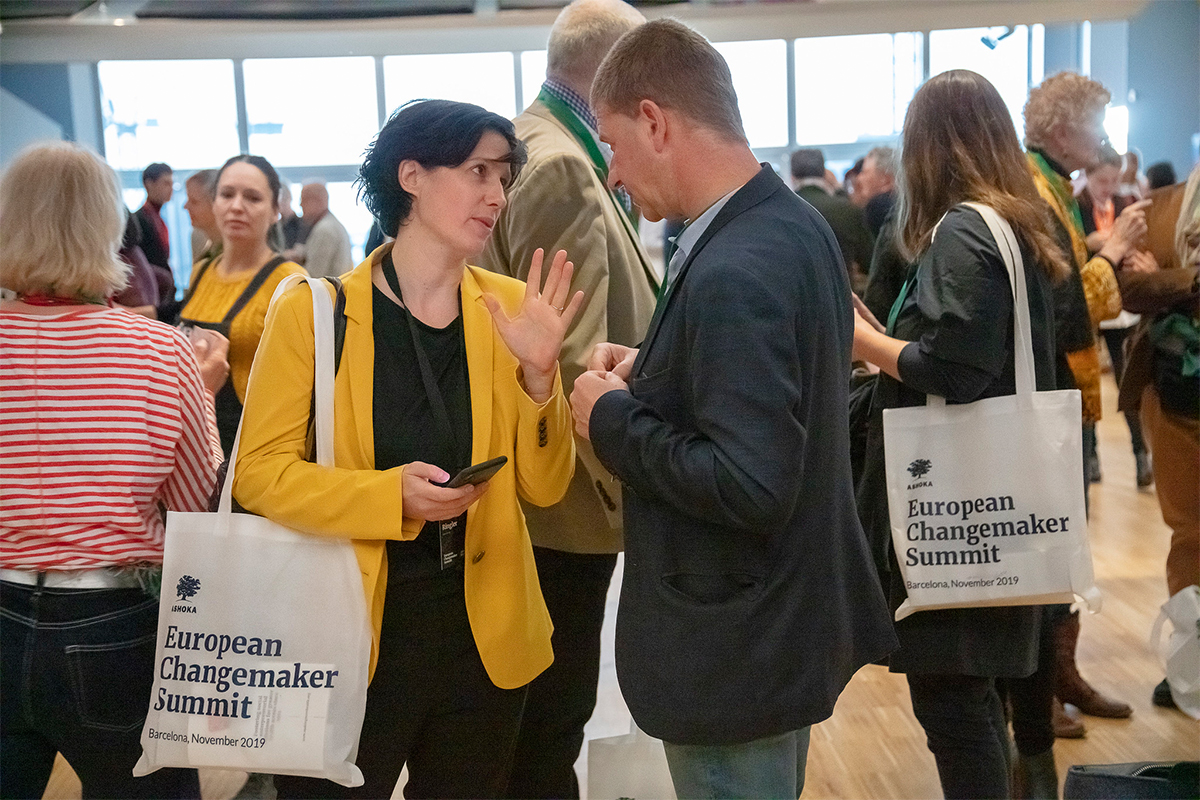 “Ashoka’s summit will attract social entrepreneurs and social innovators looking for money – we are helping those who will finance these social purpose organisations,” he says. “The goal is really to inspire and to showcase good examples of what we’ve learned.”

Colruyt contributed to Ashoka’s ‘Influence for Good’ report, outlining how HRIs can help build a better future and work towards systemic change by supporting those who already do the work, such as social entrepreneurs, or by doing the work themselves, informed by the expertise, evidence and rationale provided by those with experience of the issues.

“In my opinion we need social organisations to become more entrepreneurial and we need businesses to become more socially aware; we need both sides with their unique expertise to come together more often,” Colruyt says.

Investing in a changemaking company can certainly bring about financial returns but the benefits are not always monetary. “People like social impact companies and want to be involved or be part of them,” Colruyt points out. “When the younger generation are looking for jobs, they are looking for those companies with purpose. It’s an advantage if you have a clear view as a company on societal issues that you want to help solve when it comes to attracting staff.”

As more of us feel the pull towards supporting impact-driven companies, Colruyt is hopeful that pressure from clients will push more banks towards taking the risk on these businesses. “It can be difficult for bankers sometimes,” he concedes. “They still have the old ways of selling the products with the highest margins, but their clients want to support impact companies. They will then direct them to us.

“If you’re a very rich person, or your company is making hundreds of millions in profit, if you see those big societal issues and you can help to solve them, while still making 100 million in profits but perhaps not 200 million, for me there is no trade-off,” he says. “You can look for those solutions as you are making profit, just a little less. I see that people like this concept and want to be involved or be part of it.”

It is also important to look at the bigger picture when it comes to impact investing too. “Using the example of social housing, while the initial return might look like it’s three per cent, that is still more favourable than savings interest rates of little more than zero per cent,” Colruyt says. “And if the houses could not be rented out any longer as social housing, although this is unlikely as so many people are looking for this kind of accommodation, they could be sold, presenting virtually no risk – an interesting proposal.”

“We need those who say maybe you should accept lower returns and higher risk as well as others saying we have to find those attractive returns so we can convince the majority of investors to invest. Splitting investment to support both is the ideal.”

Find out more about the Impact Week and the Ashoka Changemaker Summit here.