From hiring local talent to overheads and work-life balance, these are the answers every business sea changer needs to know before setting up shop by the sand. There’s almost a mystical appeal when it comes to setting up business in a flashy beachside town. The endless summers, the office ocean view, the fancy lunchbreaks with sand between your toes, and corporate attire that often warrants a linen shirt, slides and an offensive tan.

While this notion of work lifestyle has only ever been a pipedream for many, Elliot Hayes made it his own reality – and he’s done it all with a A$50 million company to boot.

In just three years, Hayes and his Co-Founders Beau Savage and Jasper Boyschau turned their solar panel startup, Smart Energy, into a thriving business with 250 staff and 11 offices dotted across the country. The intricacies of the operations can easily be found online, but what’s more fascinating is how the trio successfully turned the ultimate business sea change into a profitable venture in what is officially Australia’s most expensive town: Byron Bay.

With a population of about 9,600 in Byron Bay – totalling 30,000 in the entire shire – including the likes of Chris Hemsworth, Tim Cahill and temporary residents Matt Damon and Zac Efron, it’s no surprise that the median house prices of town clocked in at an eye-watering A$987,500 from the latest data.

“By the time Monday comes, you can’t say, ‘I’ve had a terrible weekend, it was so busy, I didn’t get any sleep.’”

The real question that needs to be addressed is how difficult it is to relocate a business to a trendy beachside town like Byron Bay and what some of the biggest challenges business owners will likely face when attempting to live their best business life.

From hiring local talent to overheads, support networks and work–life balance, these are the answers every business sea changer needs to know before setting up shop by the sand. 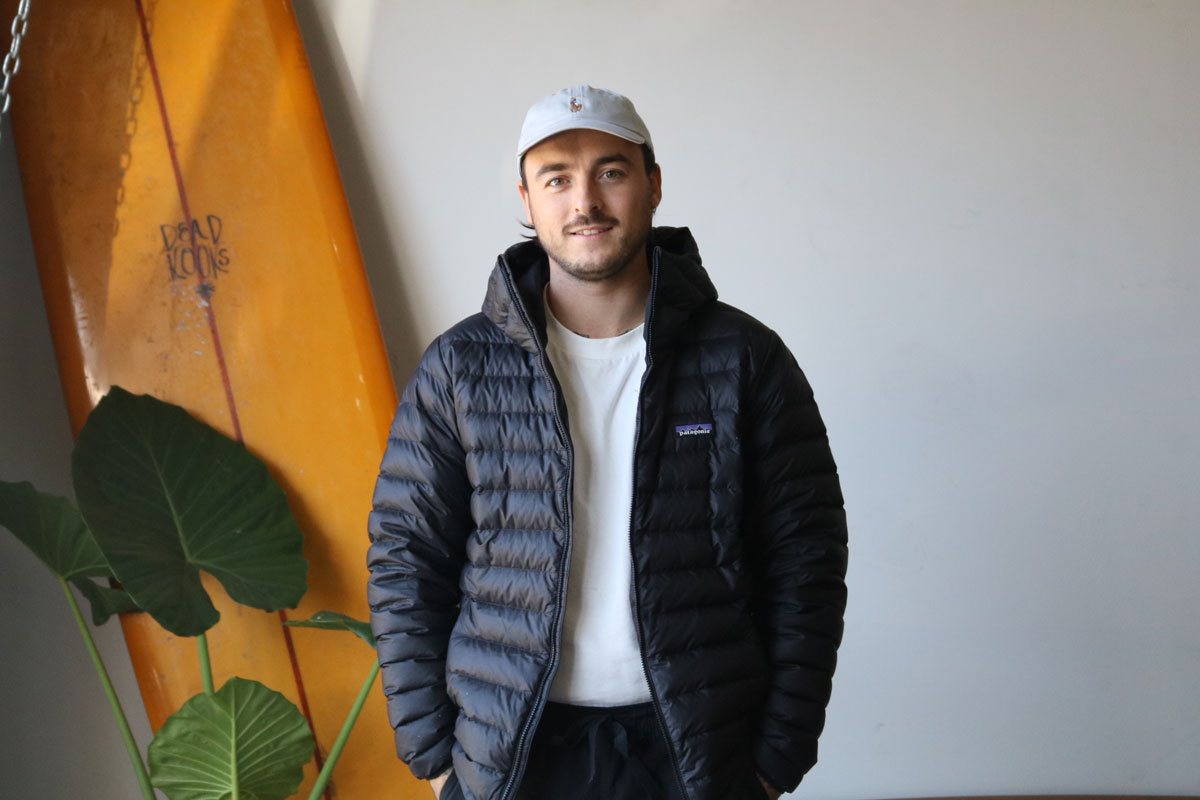 Hayes attributes a number of reasons for choosing Byron Bay as his company’s home base. When he first arrived in Australia he was looking for jobs in renewable energy and with little going on he soon ended up working for a local energy supplier before deciding it was time to go it alone.

“I only ever considered places like Sydney, Melbourne, Brisbane, Perth and Adelaide to start the business,” he says. Other beachside towns weren’t considered. Queensland’s Gold Coast had too large a population and it was ultimately Byron’s ‘green’ reputation and lack of regional competition in the solar panel industry that sealed the deal.

“We chose Byron because the people are greener and there weren’t any large solar retailers in the town and the whole Northern Rivers. Competition is good to keep you evolving, but it was definitely a positive thing for us here.

“After you live here for a while, you’re reminded that it’s a rural area. But there are big brands around and there’s all the infrastructure you need. We have an airport 20 minutes away in Ballina and I can get to Sydney within two hours.” When it comes to operational expenses, Hayes notes that it’s not too different to setting up shop in Sydney, Australia’s largest city, which he has both lived and worked in previously.

There is one major hurdle to consider when operating a national tech company out of a beachside town, though, and that’s its technology infrastructure. In the early days, before the NBN rollout, Hayes found it stressful managing the internet speeds and reliability.

“We were having to spend a bit more money than we liked on the internet,” he says.

Another issue to be weary of is securing the right premises and office spaces for your business especially if you’re growing rapidly.

“We found it easy for someone to take our lease, but finding a new premise to suit our needs was harder,” says Hayes. “We had to purchase our own warehouse and renovate it to make it fit our needs.

“Whereas with a Sydney office, we’d be in our third office in three years just by growing. We could just move into one that suits our needs very easily and, because of the competition, it’s very cost-effective in Sydney to do that. In Byron, not so much.”

On the freighting front, Hayes also has some good advice. By paying a fee to use third-party warehouses, Smart Energy’s products sit in over 50 warehouses and are ready to be shipped out across all major cities.

“We’ve worked hard on creating our own freight routes and our stock’s pretty much always available. We pay per pallet to stock them there and that stock can be managed through the technology we built. So that gives us scope to move naturally. We can cover the entire country from Byron.”

Finally, there’s something called the ‘beach business’ stigma. In the past, Hayes has received customer queries such as: “Are you from Byron Bay? That must be a joke.”
Generalisations about tech companies operating out of cruisy beachside towns are common, but Hayes says there are ways to overcome this.

“If you have a digital presence, that’s the most important thing – you can work from anywhere. We’ve worked very hard in growing that presence ever since we founded the company.”

Some key operational points to remember: Given the limited population, businesses need to consider where they can secure their talent. Hayes highlights the importance of having the foresight to establish a strong recruitment process.

“It can take a little longer to find the right people, so if you know you have a specific job role coming up, try to advertise a little bit earlier,” he says. “The special expertise people in the business have been organic recruitments. We haven’t needed to relocate anyone, which I thought we’d heavily rely on. There are more people in Byron Bay than you think.”

When it comes to business support groups, beach towns are understandably on the lighter side. Hayes doesn’t think this is a problem though. He’s never gone to any networking or startup meet-ups himself and spends his spare time researching his industry via LinkedIn.

“With the amount of content that’s available online these days, a lot of your specialists could be in different cities to you.” he says. “So it just pushes you to pick up the phone and sometimes you just get a faster, more direct and comprehensive answer.

“I get so much value from podcasts. If I have a specific issue or problem or something I’m trying to achieve, I just consume more online content and nine times out of 10, it’s valuable.” 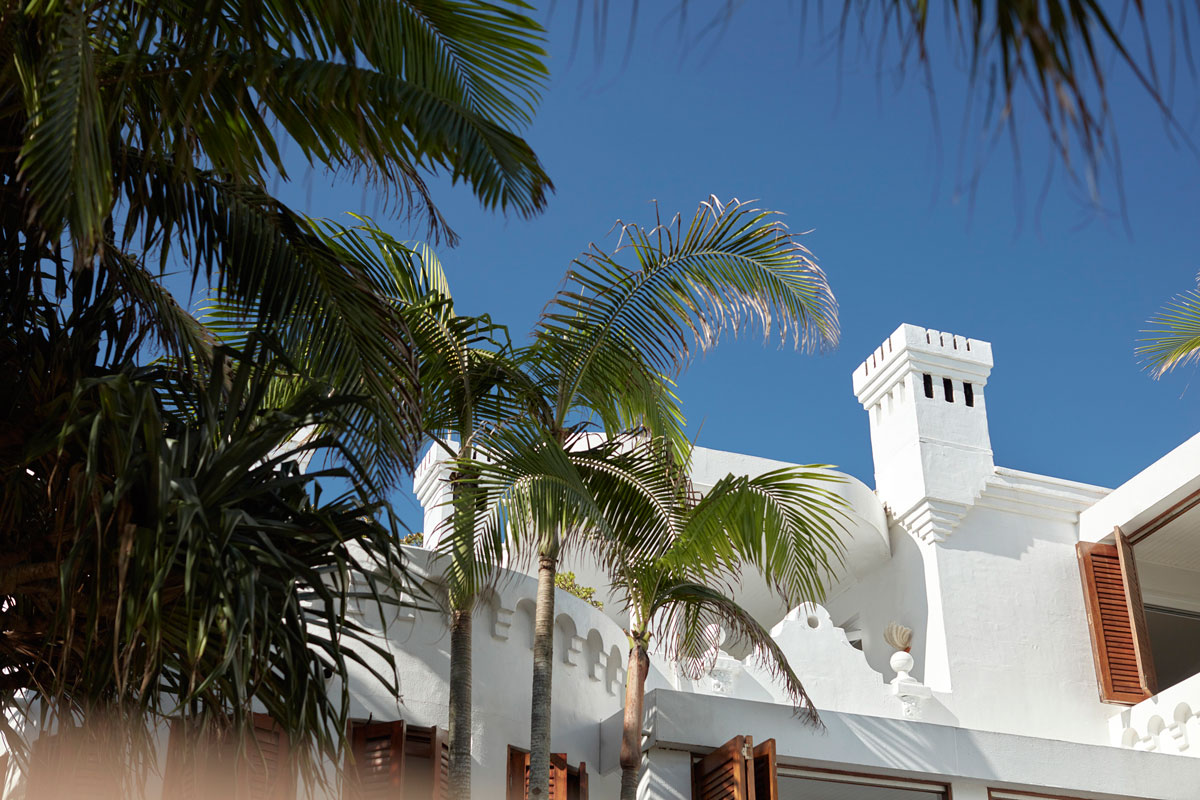 Cafes and bakeries traditionally favour affluent suburbs as a means of securing stable customers. For Hayes, it’s a little bit different since less than 5% of Smart Energy’s revenue comes from the country’s most expensive town.

“The actual demographic of the people who live in Byron has changed over the 10 years I’ve been here,” he says. “You’re so connected these days that you could be talking to anybody from anywhere and it really doesn’t matter for us.”

Within Byron Bay’s 20km radius is a huge variance in demographics. Wategos Beach is where the ultra-wealthy reside while the actual town of Byron Bay comes in closer to Sydney rental prices and expenses. Drive just 5–10 minutes out of town and the prices start to drop noticeably.

Having said that, Hayes says there’s no harm in keeping tabs on your local beachside market, which has a reputation for clean living and sustainability.

“We determine which suburb and areas we think have potential growth and opportunities and then we have different plans going into each. We definitely do target new markets and areas with a difference.” 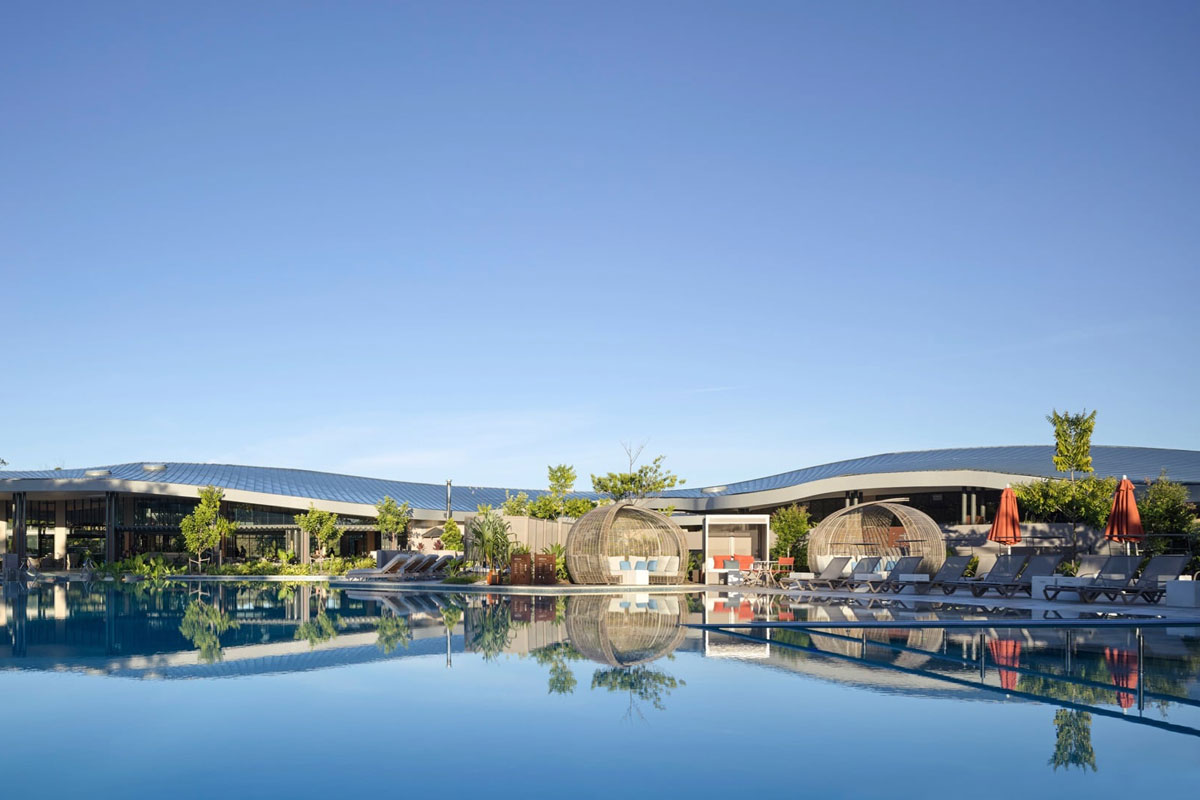 The elusive work–life balance plays a major part in running a business out of any idyllic location. For Hayes, it’s been a no-brainer to move to Byron Bay, and it’s paid off both mentally and physically. His company’s revenue statement doesn’t look too bad either.

“It used to take me an hour to get to work and that was just Paddington to Newtown – 6.5km,” he says.

“With Byron, you become a lot more efficient. It literally takes me three minutes to drive to work. You get a lot more efficiency out of people when they don’t have to spend an hour in traffic every morning. Byron is a great way to start your day.”

It’s not good news for some, though. Working and living happily in a beachside town requires a significant lifestyle shift. Places like Byron Bay do not have the nightlife and late-night entertainment you’d expect from a city.

“It’s a very daytime, early morning focused routine,” Hayes explains. “Instead of going to a restaurant and then to a jazz bar or comedy gig at night – there’s none of that here – what you do is you have your dinner, go home, get up early, catch the sunrise, do the lighthouse run, try spot some whales and then go for a surf.”

The benefit is that your outgoing expenses are notably less.

“I think the job roles do not change in beach towns. It doesn’t mean you have an easier work life here because we still want to achieve more,” Hayes says. “But as soon as everyone has a weekend, they’re refreshed. You’re spending your time outside in nature relaxing, exploring and exercising. By the time Monday comes, you can’t say, ‘I’ve had a terrible weekend, it was so busy, I didn’t get any sleep.’

“There’s five local pubs and you soon get bored of them, so it’s fulfilling and wholesome up here.”

“I personally don’t think we’d be where we are today at the $50 million mark if we didn’t start in Byron.”

Read next: Behind the world’s most spectacular hidden beaches