Kelly Lewis, Founder and Managing Director of Flying Ruby Events, talks to Susan Armstrong about trusting her instincts and navigating the industry her way. 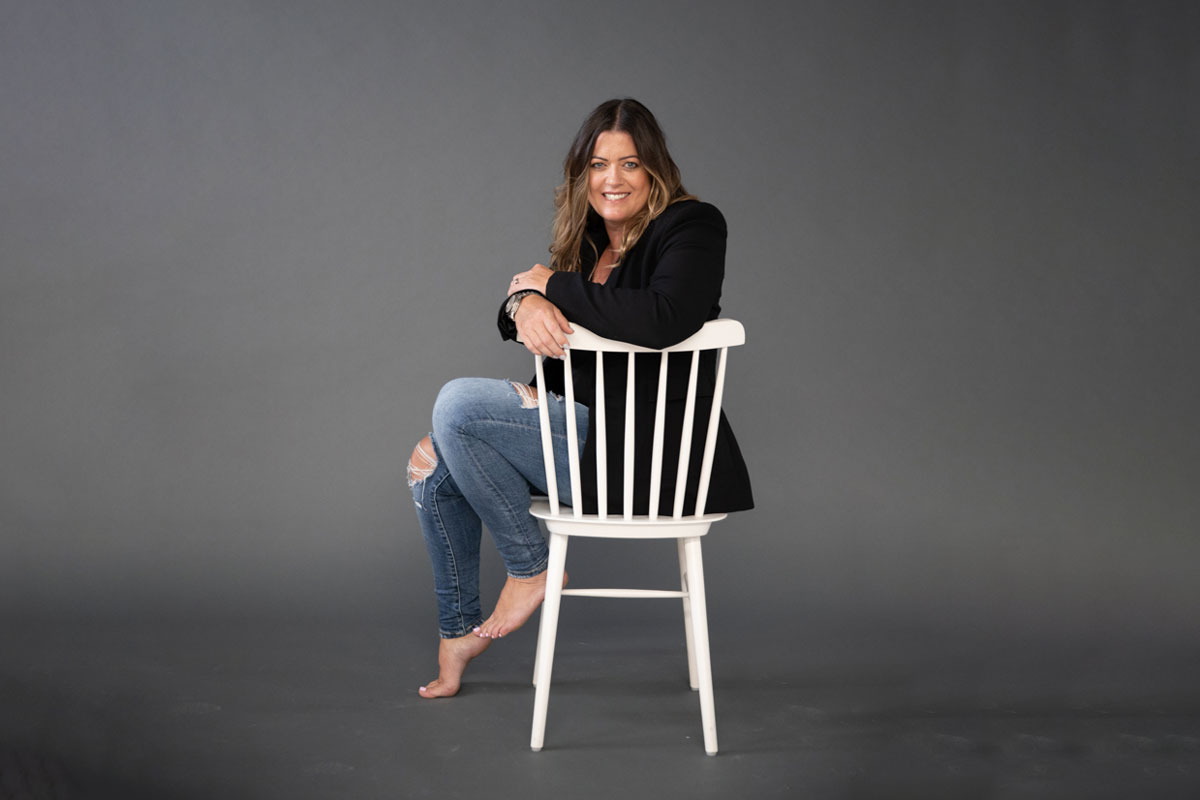 Kelly Lewis emits automatic good vibes. She’s quick to laugh, filling any room she’s in with warmth and positive energy. Despite the last 12 months being the most challenging time of her career, she’s still remarkably upbeat and excited about the future, which could have a lot to do with her past…

Growing up on the Northern Beaches of Sydney with her mum, dad and sister, positivity was a priority for Kelly at home.

“My mum is a very positive person, always flipping something negative on its head; both my parents are, actually. They were big on not judging us when we were younger. My sister was very smart and very athletic at school; she was sports captain. I got expelled from preschool when I was five, but that’s a story for another time,” she laughs.

Her parents also bestowed on her some sage advice – “put in the hard work and you’ll reap the benefits” – a mantra that stayed with Kelly as she built her business, Flying Ruby Events, and carved her own niche in the events space.

She now chooses contracts based on her values and the feeling that she can stand behind them. “Every single time I say yes to someone, I know I can put my hand on my heart and say I’m the best person to do this job.”

It’s this authenticity, honesty and raw passion for the task at hand that has seen Flying Ruby, well, fly since its inception over a decade ago.

“It all started in the sunroom of my apartment,” Kelly muses. “I didn’t have a laptop or a business name or anything, to be honest. Should I give a talk at TAFE on how not to start a business? Probably,” she laughs.

“But that’s how I like do things. I go in guns blazing and I always back myself. I knew I could to the job. I got my first few clients, and it grew from there.” 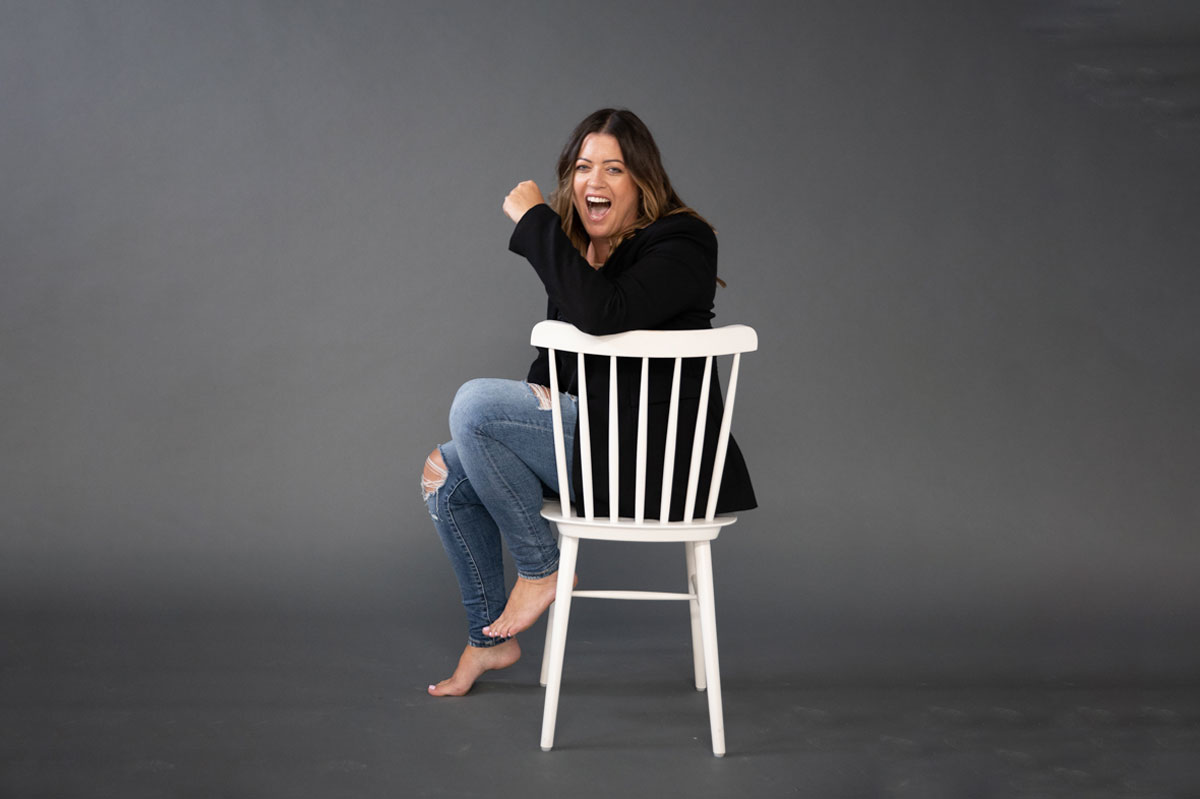 “You know, in the last 11 years of running my business, I think I’m most proud of the fact that I’ve kept a lot of my clients for many years. When you have longstanding clients, you feel like you’re part of their team, challenging yourself to evolve their events year on year, and that’s very gratifying.”

What’s also gratifying is standing at the back of a glittering ballroom, filled with 700 people, or a brand activation with thousands of consumers, who are completely engaged in an event that you’ve produced.

“The feeling is hard to explain… it’s like adrenalin, pride and elation all mixed into one. I can’t get enough of it. It’s the reason I do what I do,” Kelly says.

It’s why she loves large-scale events, like Children’s Cancer Institute’s Diamond Ball and The CEO Magazine’s Executive of the Year Awards – two major gala dinners that Flying Ruby pulls off with aplomb every year.

“It’s like training for a marathon and then running it. There’s the long lead time, the even longer hours, the blood, sweat and tears; there are so many layers to a big event. And then it culminates with this one night and everything is seamless, everyone is happy and it’s the most amazing feeling.”

That’s not to say Kelly doesn’t get a real kick out of the many bespoke brand activations she works on regularly.

“I didn’t have a laptop or a business name or anything, to be honest. Should I give a talk at TAFE on how not to start a business? Probably.” – Kelly Lewis

From building a giant burger billboard for Deliveroo (which took 2000 burgers to create and five hours to devour, just in case you were wondering) to creating a dark and delicious Kraken Kristmas for The Kraken spiced rum, it’s these super-creative experiences that she also relishes.

“I love the challenge of producing events for different brands and audiences,” Kelly says. “One day we are producing a live python bath activation for a high-level executive audience and the next we are producing a tequila tasting for a group of bartenders. It’s hard not to love this job.”

Surely it can’t all be tequila, burgers and, er, pythons? “Of course, we have some tricky clients, but my challenge is to show them they can trust us so they’re not so tricky next year,” Kelly says, smiling.

She and her team do this by collaborating closely with the companies they work with, on a weekly basis more often than not.

“It would be over the top for another agency to behave like that, but we’re small and nimble and can provide this service because of our size. Our clients never question what we’re doing because we’re constantly updating them.”

It’s this collaborative approach that Kelly loves most about working in the events industry. That, and getting into the trenches with the team for 2am ‘bump-outs’. What outs? “That’s when all the guests have left for the night and we have to dismantle everything and return the space to its original state,” she explains.

“We don’t go home until the place is perfect and, as a small business owner, I will never leave my team to do this without me. I expect them to work as hard as I do and vice versa. It’s my vision of what a leader is.”

Leading with integrity is clearly of great importance to Kelly. “I encourage my staff to push boundaries and if they ever make mistakes, I always back them,” she explains.

Who does she cite as leaders to look up to? “I know it’s a bit cliché, but Richard Branson is one. He just doesn’t seem to have any fear, which I really admire.

“And, right now in the media, I can’t go past Christine Holgate. She’s standing by what she believes in, and she isn’t backing down. I mean, she’s taking on the Prime Minister of Australia! She’s also beautifully balanced as a leader. She’s soft and tough, powerful and empathic.

“She’s driven, kind and sensitive and she’s standing strong and taking control of her reputation and her future. I admire that so much.” 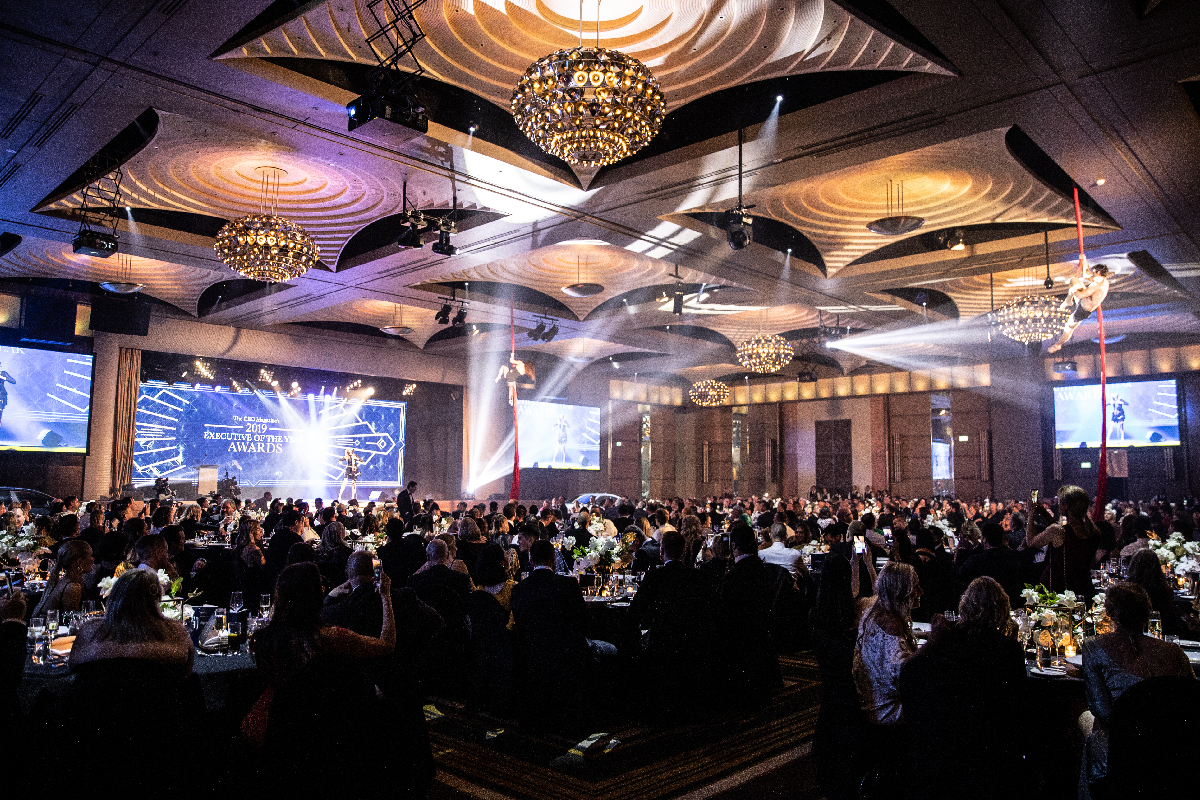 2019 Executive of the Year Awards

Control is not something Kelly has felt a lot of lately. When the pandemic hit, it all but annihilated the events industry. “It was literally the worst period of my career,” she says.

“Flying Ruby Events turned 10 the week COVID hit, and rather than celebrate, we took phone call after phone call of event cancellations. Within two weeks I’d lost about $600,000 of income and I had six clients cancel their events.

“I had no control over what was happening, which wasn’t good because, let’s face it, you need to be a bit of a control freak to be an event manager.”

Despite the rising anxiety and panic surrounding her, Kelly didn’t waver when it came to the trait she prides herself on: honesty.

“I was getting call after call from clients and, this is one thing I’m so passionate about, I will never lie to them or steer them in the wrong direction. I treat their budgets like it’s my own money and, hand on heart, was telling them to cancel their events, even though I desperately wished I could say the opposite.”

Kelly can thankfully see some movement in the industry now – “for festivals to be happening, it’s amazing. It’s a great step for large-scale events” – and she’s started to receive enquiries from corporate companies about brand activations, cocktail parties and gala dinners later in the year.

“The confidence and faith is definitely returning. It’s going to be slow, but it’s starting to happen.”

“Prior to COVID, my dream was to start producing events that are Flying Ruby Events-owned, so I’m working on one at the moment that particularly excites me,” she says.

“For the first time, it will be our budget, our passion, our direction, our concepts; everything from start to finish will be us. It’s our company evolving and I’m so excited.”

And there are those good vibes again. Spend any time with Kelly and her characteristic glass-half-full positivity is a joy to be around.

Despite the year that was, she’s not just optimistic for the future, she’s ready for take-off. It’s time to watch Flying Ruby soar once again.