Social entrepreneur and Founder of The Man Cave and STUFF is on a mission to equip young men to be authentic future leaders who embody self-awareness, active listening and emotional intelligence. The recent pandemic followed by the Great Resignation has arguably demanded a new set of skills from leaders – skills that enable employees to feel psychologically safe enough to be vulnerable, feel appreciated and be inspired to bring purpose to their work.

Internationally renowned psychologist and New York Times best-selling author Daniel Goleman captures the importance of this succinctly when stating that, “CEOs are hired for their intellect and business expertise – and are fired for a lack of emotional intelligence.”

“The pandemic only accelerated the need for a more empathetic and values-driven leader, as many organisations found themselves managing a workforce through a global trauma for the first time,” says Hunter Johnson.

In a tight job market that’s experiencing a worker drought across the US, UK, Canada and Australia (according to Deloitte’s insights in August 2021), the need to evaluate what’s working and what isn’t serving an organisation has become critical.

“It’s a really exciting time in this generation where doing well financially and doing good socially are no longer mutually exclusive.” – Hunter Johnson

“It is common knowledge that the world of work is changing exponentially faster and this means businesses and leaders need to be more ‘crisis-agile’ and adaptive than ever before,” Johnson points out.

As an advisor and leader of two purpose-driven organisations, Johnson is well acquainted with the struggles of modern life. However, he’s not afraid to admit that it can be tough, emphasising that men are less likely to seek support for their mental health than women.

“Being a CEO of two organisations, managing staff, investors and media while also trying to be a good partner, friend, son and brother, I constantly find myself confronted by the pace and pressure of life’s challenges,” he says.

Like many changemakers, his life’s work unfolded through an unexpected adverse event that gave rise to global partnerships and opportunities to present to the United Nations, Human Rights Commission and at the Sydney Opera House.

He was also listed as one of Harper’s Bazaar “Visionary Men of 2019” and recognised as a Queen’s Young Leader by Her Majesty The Queen at Buckingham Palace.

From rugby to social change 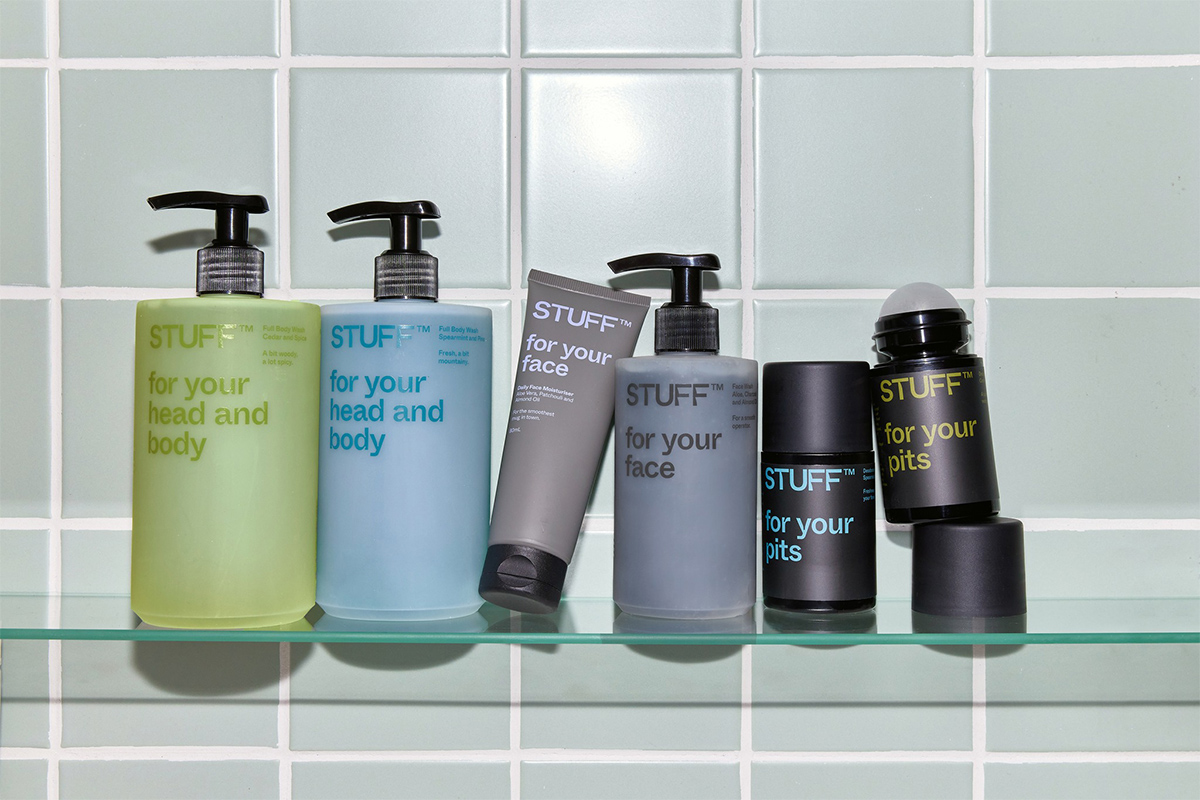 “My life changed when I broke my leg at 16 in a game of rugby,” he says. “Rugby was my whole identity and all of a sudden I was having multiple operations for a potentially life-threatening injury and being told I’d never walk again, let alone play sport.”

It was after taking on board some sage advice from his grandfather that Johnson began to step outside the confines of his identity, which had until then been shaped by the hyper-masculine world of rugby.

“He said, ‘If you were that good at sport, then imagine if you could put that energy into something a little bit more meaningful’,” he recalls.

Surrounded by influential champions of social change – Benson Saulo, Yassmin Abdel-Magied and Jan Owen AM – Johnson absorbed disheartening statistics for domestic violence, suicide and mental illness. He also learned how the system worked and the gaps within it.

“We spend billions of dollars every year in Australia on crisis management services, which we sorely need but so little is spent on early intervention and preventative services,” explains Johnson.

Inspired to act, Johnson has gone on to establish an emotional intelligence charity and personal care brand that combine to “support boys and men as they navigate a new era of masculinity”.

“It’s a really exciting time in this generation where doing well financially and doing good socially are no longer mutually exclusive,” he says.

While most entrepreneurs turn to Google or the dictionary to name their organisation, Johnson, on the other hand, was inspired by US writer Joseph Campbell in baptising his charity The Man Cave – a safe space for young men to open up about their thoughts and feelings.

“He’s renowned for the quote, ‘The cave you fear to enter holds the treasure you seek’ – we think that’s very true for the courage and bravery that happens within our programs,” Johnson says.

But, how does this venture relate to the world of work?

“Culturally, we are at an inflection point for masculinity, which I think is very exciting,” he says. “The script that we’ve inherited and grown up with is being questioned and language like ‘toxic masculinity’ has entered public awareness.”

It’s this script that Johnson and his team are committed to rewriting in a very practical sense that’s focused on early prevention.

“Our programs provide teenage boys with impactful programs, role models and resources that give them the language, permission, space and role modelling to explore and challenge the traditional scripts of masculinity they have inherited, and engage with one another in a safe environment,” he explains.

His most recent research, in relation to the impact of the Covid-19 pandemic, reveals that boys “are dazed, disempowered, confused and unmotivated” and that the quality of their relationships isn’t very strong.

Redefining what masculinity means to them can go a long way in helping teenagers become future employees, entrepreneurs and CEOs that have life-long tools to help them handle difficult situations.

So far, Johnson and his team have worked with around 27,000 male youth but, due to ever-growing demand, the organisation is set to expand globally.

In Australia, the feedback received from young people who have undertaken the program has been remarkably positive.

“Eighty-six per cent of boys who have been through our programs better understand how the stereotype of ‘being a man’ can negatively impact their mental health, and 84 per cent want to redefine the stereotype and create their own version of healthy masculinity,” Johnson reveals.

For adult males who missed out on learning how to tune into their emotions intelligently, there’s still hope.

“If you were to slow down, take a few breaths, think and feel into how you’re showing up as a friend, partner, boss, father, what would the honest answer be?” he suggests. “What about your expression of masculinity is working? What’s not working?” In order to create a new income stream to support the charity, Johnson launched STUFF in 2019 – a brand that extends the concept of masculinity in the 21st century to the realm of men’s personal care. While men might be using less products compared to women, their exposure to chemicals is still significant over a lifetime.

“STUFF is a certified B Corp, we are sustainable, cruelty-free, vegan and have no nasty ingredients, but the best part is when you buy STUFF you fund a boy from a low socio-economic community to go through The Man Cave’s programs,” explains Johnson.

To further create a monumental cultural shift in the way masculinity is expressed, Johnson is a Strategic Advisor to The Queen’s Commonwealth Trust, a charity that assists the projects of youth advocates.

His biggest advice for CEOs looking to nurture their mental health is to slow down “whether that’s through meditation, journalling, going for a walk or sharing openly with someone you trust. This has been transformative for me and my mental health.”