Meet the Muesli Queen: Carolyn Creswell reveals how she created a breakfast empire

Carman’s Muesli was founded by an ambitious 18-year-old student who bought a company for $1,000, turning it into a thriving multi-million-dollar business. 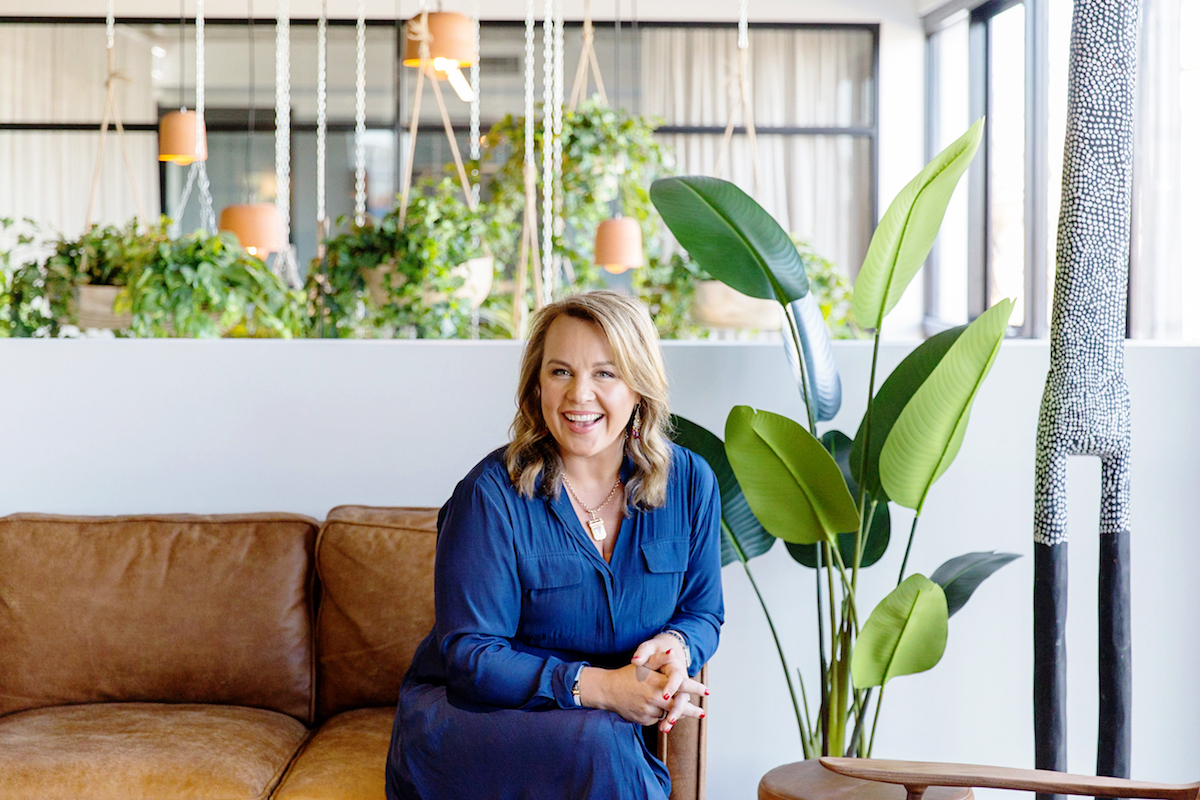 Once a home-operated muesli company whose products were available in a few cafes in Melbourne, Australia, Carolyn Creswell turned the humble operation into a thriving multi-million-dollar business and has her sights set on Asia.

Carman’s Muesli was founded by then 18-year-old Creswell who salvaged the struggling business after she was told she would lose her muesli-making job.

Four children and 26 years later, the founder told The CEO Magazine while its more than 100 products are stocked in more than 30 countries , it was not something that happened quickly.

“I never anticipated the business to be as big as it is today,” Creswell says. “It didn’t happen overnight. It’s been a long process.

“We’ve had our hiccups, but we’ve been sharpening the pencil along the way.”

Bursting with excitement about the potential of her new adventure, Creswell bought a half-share in the company for $1,000, alongside her co-founder (who was involved for two years) and went on to grow the business into a booming health foods enterprise.

The teenager had to work other jobs through the day and night for the first five years to sustain cash flow.

“I couldn’t afford to pay myself a salary and sometimes it was depressing,” she says. “It was really exciting to buy a business, but it took a long time to make a profit.”

Once the Australian-based CEO broke her muesli into major supermarkets, the challenge was maintaining momentum – something she has managed for almost three decades. 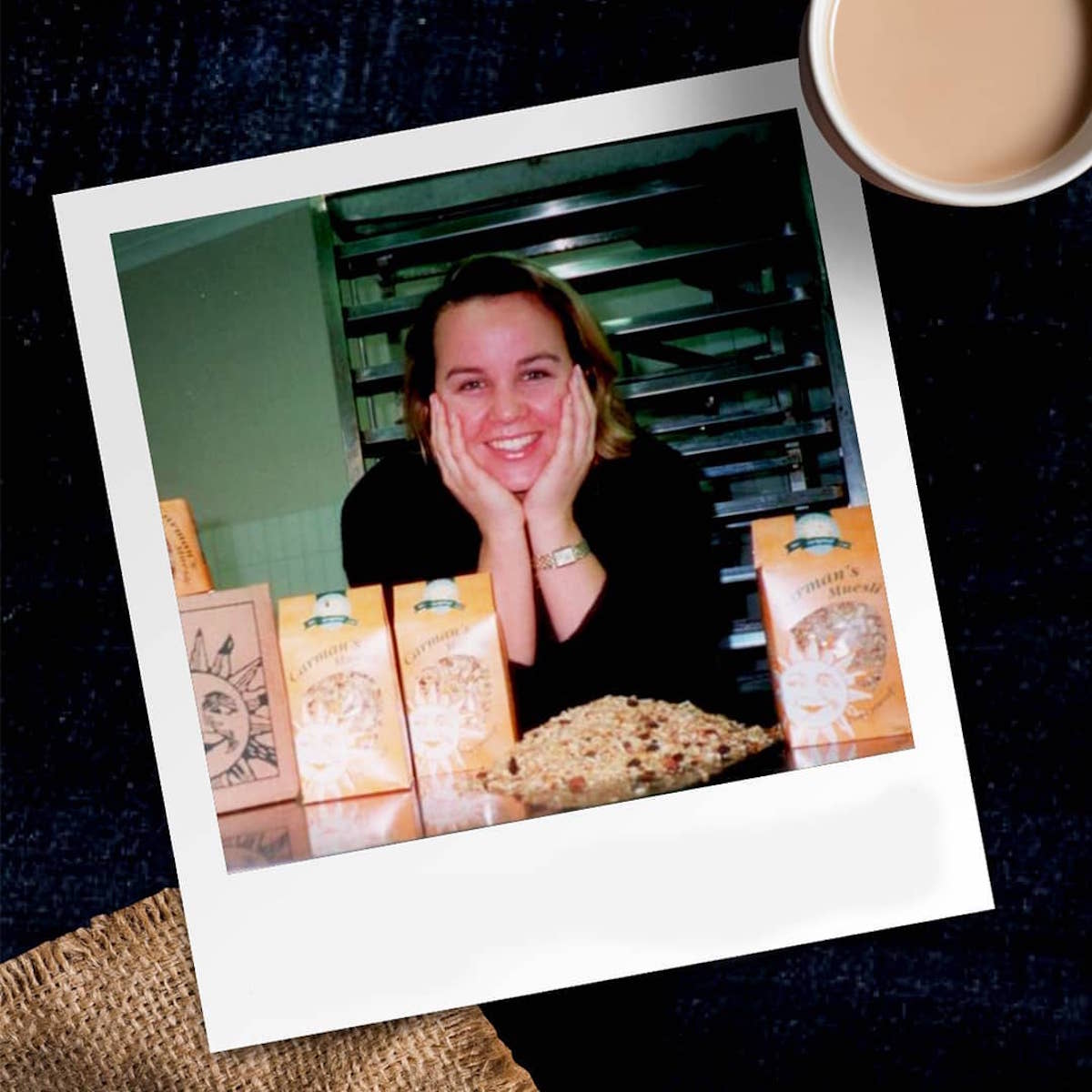 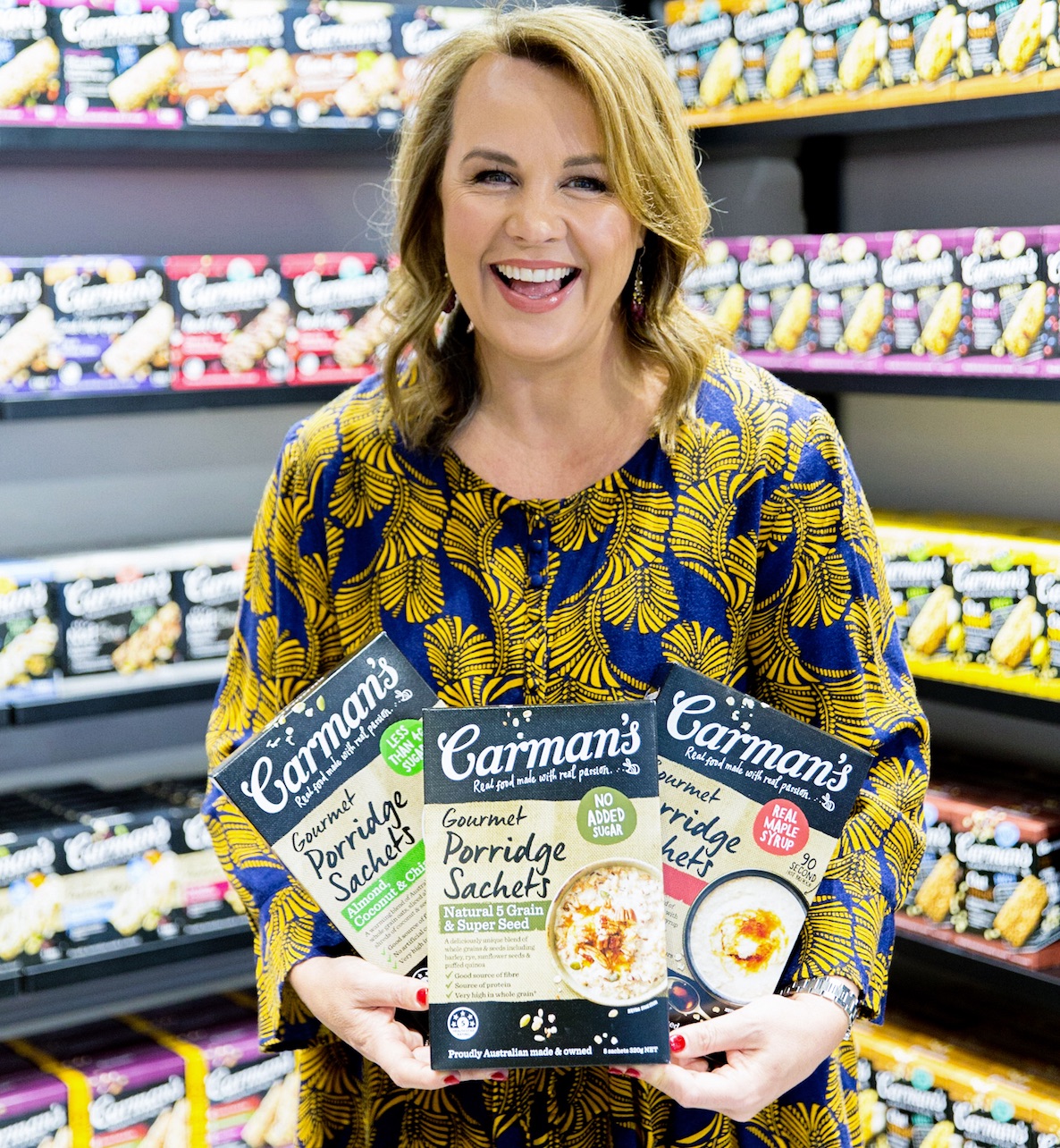 While muesli was not “fashionable” in the early stages of the business, Creswell said the company learned to ride the trends and consumers soon cottoned on to the health benefits of eating “real food”.

Carman’s Muesli experienced all the growing pains of a small business, but the CEO learned on the go, facing challenges as new opportunities.

“We have strategic products in place, we’re innovative, we’re calm and focused and haven’t been challenged with a big drama that we can’t deal with,” Creswell says. “Challenges are an opportunity of how the brand can grow.

“It’s a skill to recognise an opportunity and it’s brave to act on it,” Creswell says.

Juggling four young children, aged between eight and 14, and running a successful business full-time is something the Muesli Queen says was a struggle at first, but finding the balance was crucial.

“I felt really confident in my business career and it took a couple of years at the start,” Creswell says. “Four kids are a lot and I wanted us to have a really strong family unit.”

Having grown up with her mother who ran the school canteen from their house, and grandparents who ran other companies, business flow through Creswell’s blood and it is a skill she wants her children to be exposed to.

“When I see people in the supermarket with Carman’s in their shopping trolley I go and introduce myself. The kids are so embarrassed,” – Carolyn Creswell

Carman’s Muesli is a fun park for the founder’s two eldest children during school holidays where they lend a hand and hear conversations, equipping them for a business-minded future.

Being a powerful female CEO in a male-dominant sphere has come with advantages for Creswell through media exposure and awards specifically for women which “levels up the playing field”.

“By the time they are old enough, the pay gap should squeeze to nothing.”

With her eyes set steadfastly on Asia, the mother-of-four, who is worth A$57 million according to BRW Rich List in 2015, told The CEO Magazine she had been working hard to become a success overseas.

“In five years, I think we’ll be bigger in China than we are in Australia,” Creswell says. “It’s a wonderful opportunity. They love Australian food and western products so there’s a strong opportunity to do well.”

The dedicated CEO is as heavily involved in the company as when she started, ensuring that all products pass a sensible ‘will friends like this’ test. 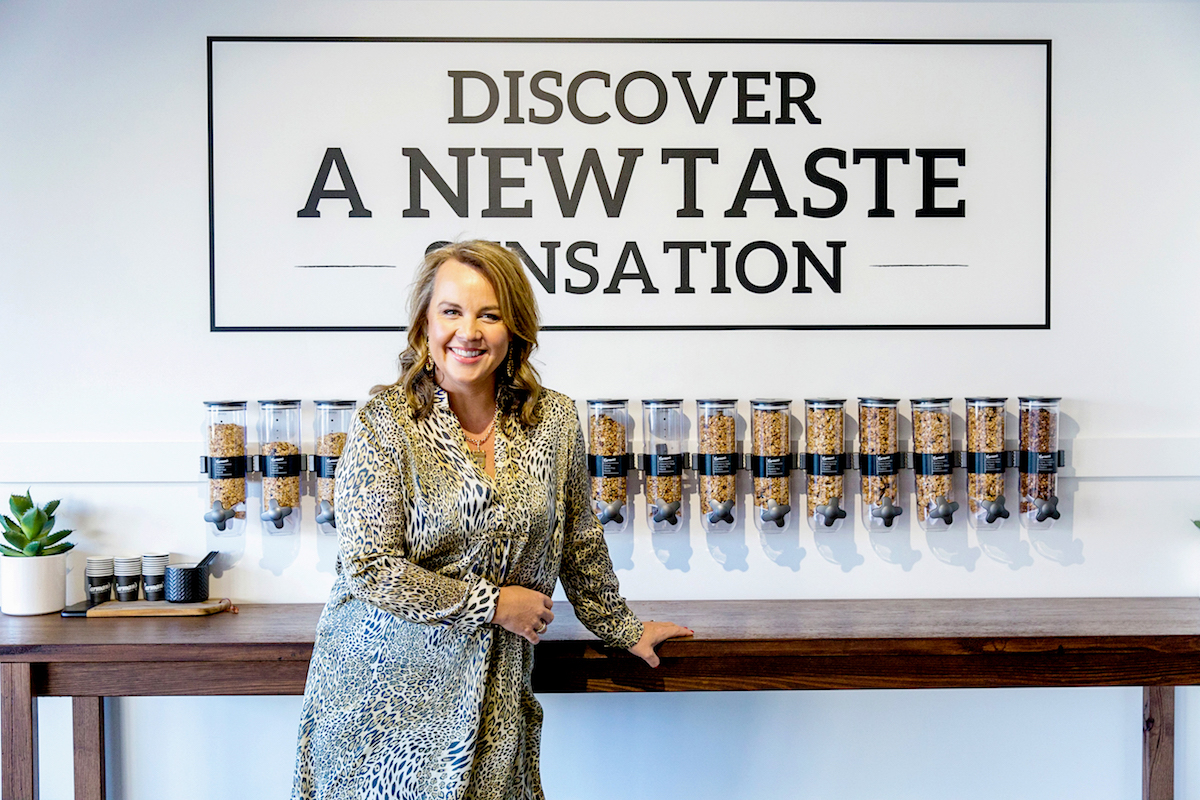 “People spend their hard-earned cash buying it so we have to stay on our toes,” Creswell says. “We can’t have a bad product because we won’t be the same in 10 years time and have to keep evolving.”

“If people choose not to buy the product, we come tumbling down.”

Creswell, who has a number of accolades including the 2012 Telstra Australian Business Woman of the Year, has complete ownership of Carman’s Muesli. While the company turns over more than A$100 million a year, money is not something the founder is motivated by.

“In five years, I think we’ll be bigger in China than we are in Australia. It’s a wonderful opportunity,” – Creswell

Driven by a strong sense of pride, the Recipe to Riches television mentor says she is as excited seeing her products at QANTAS or on supermarket shelves for the millionth time as she was on her first.

“It’s the best feeling,” Creswell says. “It’s as exciting as ever.”

“When I see people in the supermarket with Carman’s in their shopping trolley I go and introduce myself. The kids are so embarrassed.”

Creswell puts the success of Carman’s Muesli down to hard work, surrounding it with the right people who share a passion and pride in the company.

“You have to have a healthy amount of paranoia and don’t be complacent,” she says. “Stay on your toes and live with an entrepreneurial spirit.