How Hilltribe Organics Co-Founder and CEO Richard Blossom turned egg selling into a way to help the hill tribes of Thailand, one farmer at a time. 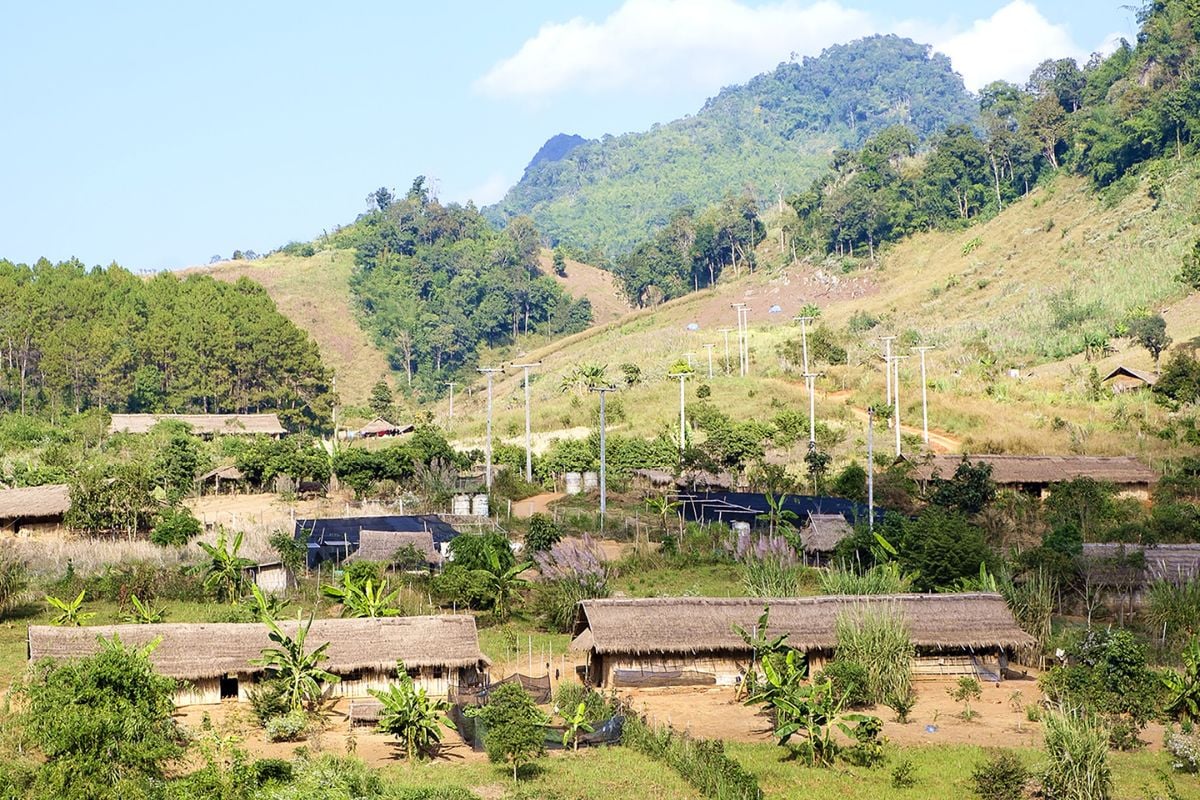 When Richard Blossom was an executive at Del Monte Foods in Singapore, someone showed him a photo of a rural farming village in Thailand. “I noticed all of the farmers were old,” he recalls.

After investigating why there were no younger farmers, he discovered they didn’t see much opportunity in it, despite the region’s fertile soil. “The farmers didn’t make enough money for their children to see there was a future.”

But when young people move to the city to find work, he discovered they often fall into a worse fate. “They become the abject urban poor,” he says. “Often, the girls get involved in prostitution. The guys get involved in shady things. They don’t have relatives there. They have no place to stay, no skills.”

So he set out to find a way to make farming viable for young people in Thailand. The first step was a project called Catapult. Blossom – a member of Young Presidents’ Organization (YPO), a worldwide community of chief executives – teamed up with fellow YPO member Markus Dietrich, a consultant from Germany, to set up a summer-long program to teach 12 children of YPO members about social entrepreneurship.

The children spent the summer in a ‘Bamboo School’ compound developed by Mechai Viravaidya, a former politician and activist who was recognized on the cover of Time magazine for his campaign to fight AIDS in Thailand. The young people were divided into groups of four. “Their task was to catapult the village out of poverty,” Blossom explains.

“You can’t do the things conventional farmers do, like giving hens antibiotics.”

At the end of the summer, there was a Shark Tank-like competition, where the groups unveiled their projects for a panel of YPOers. “They came up with a bunch of interesting projects. They had done a great job,” he recalls.

Blossom decided to take the best project – one that initially involved selling chicken and meat – and turn it into a business. Not long after that he had a beer with Arvind Narula, Chair of Urmatt, which runs a contracted organic farming network of rice farmers in Northern Thailand. They decided to team up.

“Arvind was the largest organic rice producer in Thailand,” Blossom reveals. “My experience is in branding, consumer marketing and product development.”

The chicken or the egg 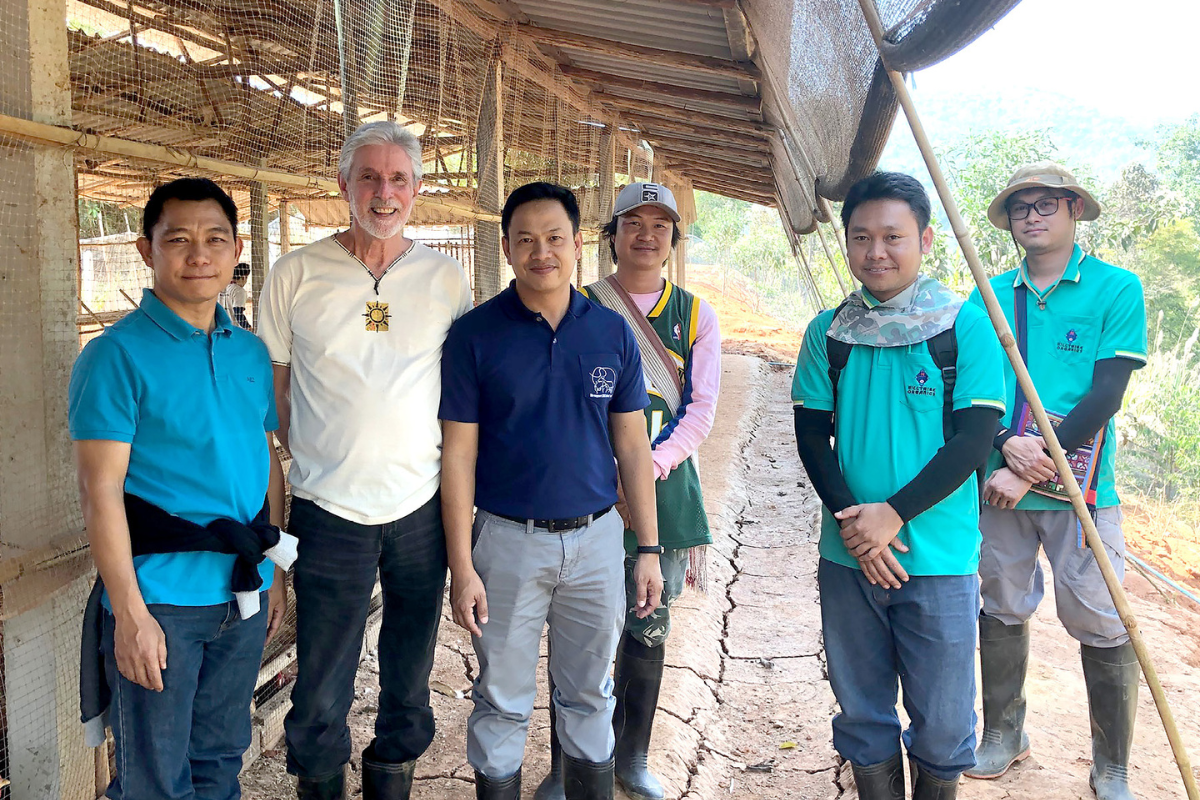 However, they opted to skip the chicken and meat – “Arvind and I didn’t like the idea of being involved in the slaughtering of chickens,” Blossom explains – and decided to focus on eggs instead. “There is a huge market for eggs in Thailand,” he adds.

At Narula’s suggestion, they reached out to the socially marginalized rural villagers whose tribes live in the hills between Thailand and Myanmar to see if they would be willing to raise free-range, organic eggs. Most are rice farmers, with an annual income that is the equivalent of US$250.

That led to the formation of Hilltribe Organics in 2013 in Chiang Rai. The company gave each family 700 chickens and free feed to get them started. As Blossom and Narula soon discovered, the egg business is complicated. And running an organic operation raised the bar.

“You can’t do the things conventional farmers do, like giving hens antibiotics,” Blossom says. “We thought in the beginning that wasn’t such a big problem.

“Then, during the rainy season, we realized the hens get sick very frequently. We couldn’t use antibiotics to combat that. It took us quite a long time to develop natural remedies that would help build their immune system so they could withstand the rainy weather.”

During those early years, Hilltribe Organics had very low yields during the rainy season and high yields during dry weather. “It made it very difficult to balance supply and demand,” Blossom reflects.

But it persevered, and by 2015, it went out to the marketplace with a big retailer. By 2016, the company invited a team of business school students from HEC Paris to measure its impact, arranging for five local students to serve as interpreters, under the guidance of a professor who specialized in the measurement of social enterprises. They repeated the exercise in 2017. 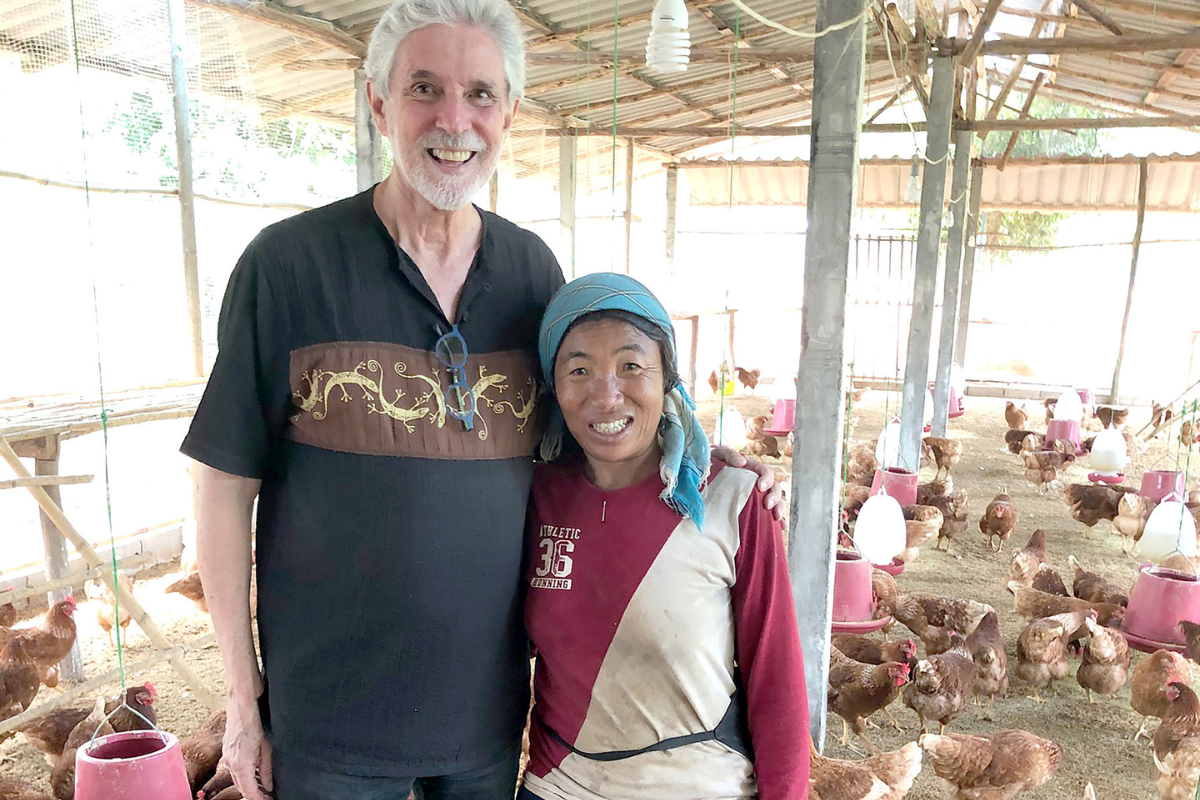 Ultimately, the researchers concluded the family income of the farmers participating in the program more than doubled from raising eggs. “They had reliable cash flow that enabled them to do things they were never able to do before,” Blossom says.

Over time, he noticed that Hilltribe Organics has addressed 10 of the UN’s Sustainable Development Goals. Its work has also empowered women, who made up half of the farmers.

“For the first time in their lives, these women had a source of income they were confident in,” Blossom confirms. “It also enabled them to take care of their children while they were doing it.

“For the first time in their lives, these women had a source of income they were confident in.”

“Most were laboring in the fields 5–10 miles [8–16 kilometers] from their home. Now they could make more money than they were making before, with a job less taxing that enabled them to look after their children.”

The women also tended to invest the money they made in education, benefiting the community, which added an elementary school. “They spend the extra money they make to send their kids to school,” he says.

Hilltribe Organics achieved about US$1.5 million in annual revenue before the COVID-19 pandemic, according to Blossom. Sales dipped during the pandemic and are now US$1.2 million, with the company close to breaking even, he reveals.

“COVID-19 hit us pretty hard,” he admits. “Thailand is the world’s largest tourism destination. Our eggs were sold in a lot of those tourist areas.”

The company is now working to diversify its product range and expand into Singapore. “If we do get approved, we will be the only organic, free-range egg producer from South-East Asia in a market that has a lot of purchasing power,” Blossom explains.

All of this, of course, takes time and commitment. However, as Blossom says, “It’s a labor of love.”

Elaine Pofeldt is an independent journalist who specializes in small business and entrepreneurship. She is the author of Tiny Business, Big Money, a look at…