The ultimate entrepreneur turned 70 in the middle of a pandemic, with the grounded Virgin Australia fleet sold. Don’t expect that to slow him down, though. 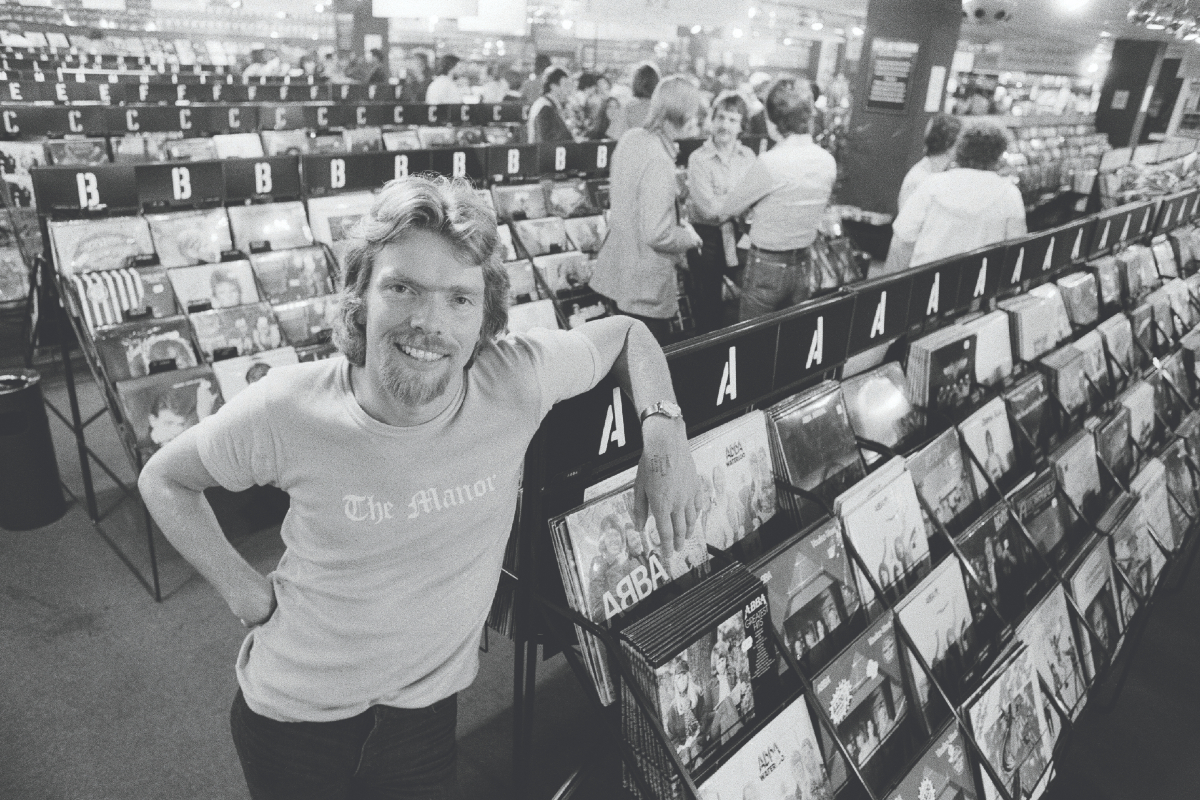 Sir Richard Branson turned 70 right in the middle of 2020, the most tumultuous year in a lifetime. It seems a metaphor for his life – a bright and positive celebration of life amid a sea of angst and doubt.

He looks and acts much younger than his seven decades, and yet it feels like he should be far older; that he’s been around as a business leader forever.

Sometimes people wonder why someone who has everything they could possibly ever want (a private island, and an estimated net worth of around US$6.26 billion) doesn’t just slow down a bit and enjoy their retirement. But it’s the drive to continue pursuing new projects and business interests that keeps people like Branson young. It’s part of their DNA; it makes them who they are, and explains why they have that wealth and success in the first place.

When the former Manchester United Manager Sir Alex Ferguson also reached 70, he was pushed on when he might retire, and he responded by saying: “The notion of a retirement age is anathema to me. There should be a law against it. The calendar can’t decide how alert or vigorous a person is.”

Branson loves what he does, and he won’t be stopping anytime soon.

“My interest in life comes from setting myself huge, apparently unachievable challenges and trying to rise above them.”

It’s been just over 50 years since he started Virgin Mail Order, the success of which lead to the opening of a record shop on London’s Oxford Street, which morphed into Virgin Records. The name Virgin was coined because Branson and his early collaborators were all completely new to business. 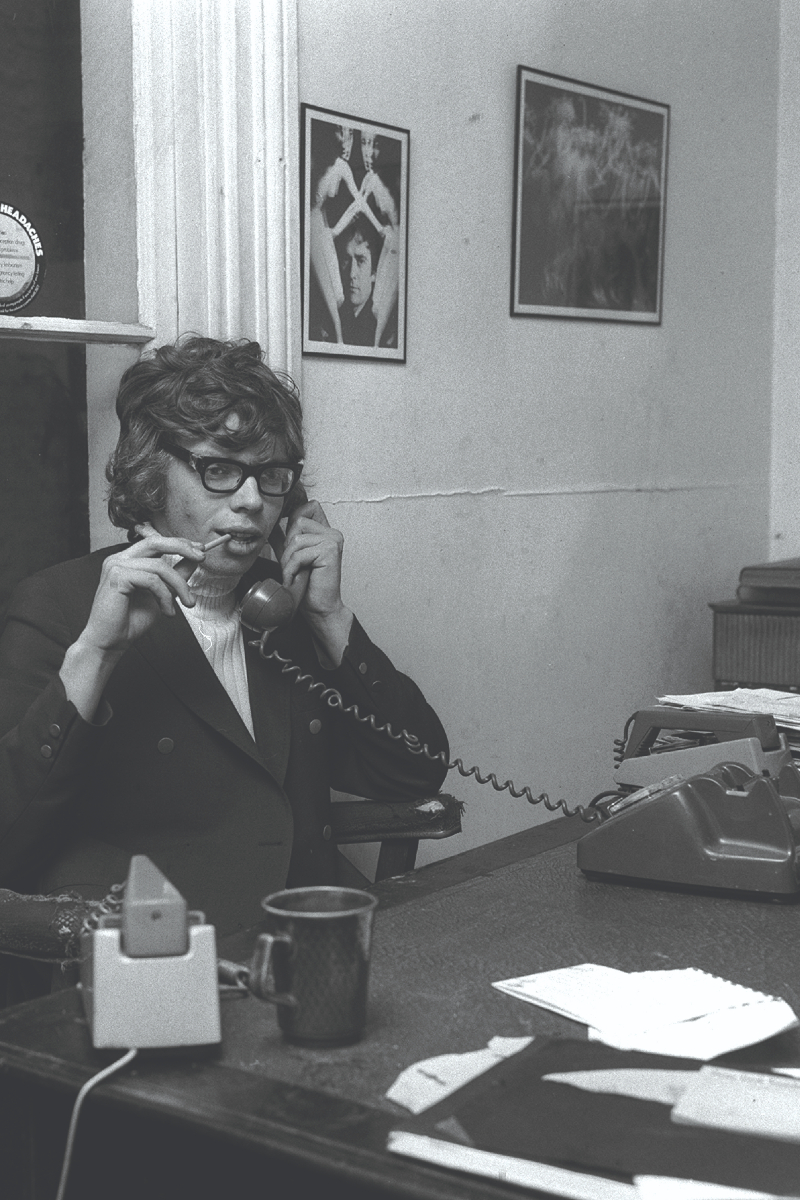 Born in 1973, the Virgin Records label would prove the springboard for everything that has followed in the ensuing 50 years, and there have been a number of failures along the way: Virgin Cola, Virgin Clothing, Virgin Publishing, Virgin Cars, even Virgin Brides. Like all great inventors and entrepreneurs, Branson only sees failure as a necessary step in the learning curve: “There’s nothing wrong with making mistakes as long as you don’t make the same ones over and over again.”

If Branson hadn’t had such drive, ambition and ambivalence to failures, then Virgin might never have got started in the first place. A dyslexic who struggled through school, at 17 he was living in a squat in London. He had already tried and failed to sell pet birds and Christmas trees. After starting the record shop as a 21-year-old, his parents had to re-mortgage their family home to help him pay a hefty tax fine.

A former headmaster had famously told him he would “either end up in prison or become a millionaire”. In those early days, it possibly looked a toss-up over which way things would fall.

But Virgin Records became a massive success, initially riding the wave of early 70s prog rock and then famously signing the Sex Pistols when other labels wouldn’t touch them. The police even raided a Virgin record store just for displaying the Pistols’ album Never Mind the Bollocks in their window. Culture Club, Simple Minds and The Human League guaranteed that the label flew high.

And so Branson quite naturally entered the airline industry. 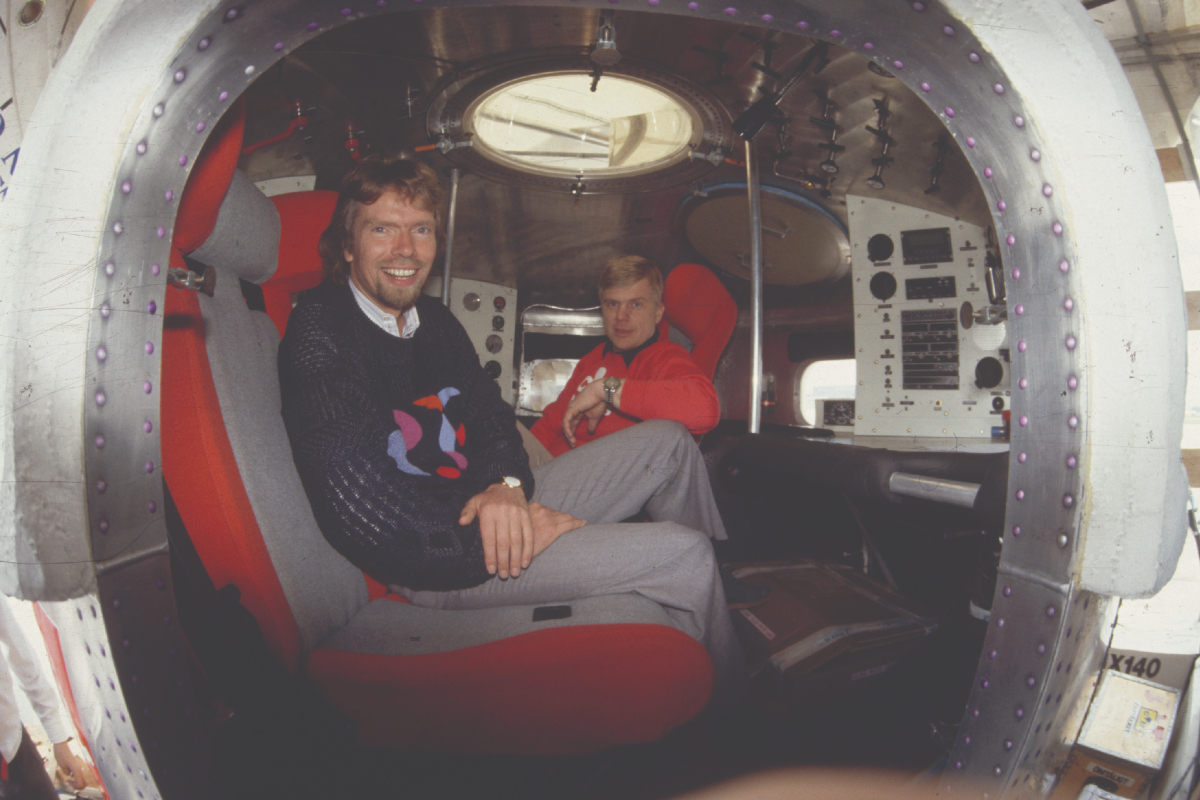 In fact, his first flight was a private plane he chartered to get him home from Puerto Rico when his flight was cancelled. He offered a ride to the other stranded passengers for a small fee to cover costs. If ever there was an example of the most pure, organic, entrepreneurial spirit, then that must be it.

Virgin Atlantic was followed by Virgin Holidays, and as the floodgates opened, many other industries fell under the Virgin umbrella, including Virgin Trains and Virgin Mobile. And in 2004, Virgin Galactic launched with the concept of birth of space tourism. Having come a long way from that Oxford Street record shop, Branson clearly envisaged going, literally, a long way further.

“My interest in life comes from setting myself huge, apparently unachievable challenges and trying to rise above them.” – Sir Richard Branson

Space tourism remains a work in progress. Branson had predicted the first passengers would be launched into space in the late 2000s; in 2020 a crucial test flight in New Mexico was postponed due to the number of local COVID-19 cases. Don’t expect the serial entrepreneur to give up on his dream anytime soon. As recently as 2019, a partnership deal was struck with sportswear entrepreneurs Under Armour to design spacesuits for the pilots and Virgin Galactic staff. Of the three ‘space barons’ – which includes Elon Musk and Jeff Bezos – Branson is the only one who has pledged to ride in his own spacecraft.

In fact, don’t expect Richard Branson to give up on anything, anytime soon.

While it has been reported that Branson put his Necker Island up as collateral against loans during COVID-19, he remains committed to air travel – both in his legacy airline and his visions of the future.

In October 2020, the Virgin Group finalised negotiations to retain a stake in Virgin Australia, something that Branson was enormously proud and gratified to have been involved with.

November saw the first passengers travel in Virgin’s levitating Hyperloop pod system. Virgin Hyperloop is a futuristic mode of transport in which passengers would travel in floating pods at speeds of almost 1,000 kilometres per hour.

Alongside him on the blog are stories from the multibillionaire’s smiling, stunning and active adult children Sam and Holly. Despite his work ethic, Branson clearly has a balance in his life. Recently, he suggested that in the future, the four-day weekend will become more commonplace.

Can you imagine Richard Branson going a whole four days without working, though?

1969 – Just pre-Virgin, Richard Branson was an organiser of the Students’ Advisory Service.

1987 – Virgin Atlantic Flyer took off from Bangor, Sussex, for its record Atlantic crossing.

1999 – Branson hands out Virgin Cola in Tokyo during a sales promotion to break into the Japanese market. This year also saw him knighted for services to entrepreneurship.

2005 – Sir Richard poses during Australia’s first private sign up to become an astronaut at The Establishment Hotel in Sydney, Australia.