Ben Lipschitz is disrupting the hospitality industry with FoodByUs, an online marketplace that’s changing the way chefs and restaurant owners manage their business. The CEO of Australia’s largest online hospitality marketplace, FoodByUs, was named Entrepreneur of the Year at The CEO Magazine’s Executive of the Year Awards.

After noticing the inefficiencies of antiquated wholesale food ordering methods, the trio engineered a tech solution that connects restaurants, cafes and caterers with thousands of wholesale food and alcohol suppliers.

And, with consistent 30 per cent month-over-month revenue growth, there is clearly a demand for services that challenge the status quo and make life easier for buyers and sellers alike.

“We saw that restaurants had a terrible time ordering. They were ordering from 15 suppliers every day. It was taking them about an hour and a half,” Lipschitz says.

“There was absolutely no market transparency in terms of pricing and many other things. When we saw those problems, we thought, ‘Hey, we know what it’s like to connect a whole bunch of buyers with a whole bunch of suppliers. Let’s do that for the restaurant industry.’” 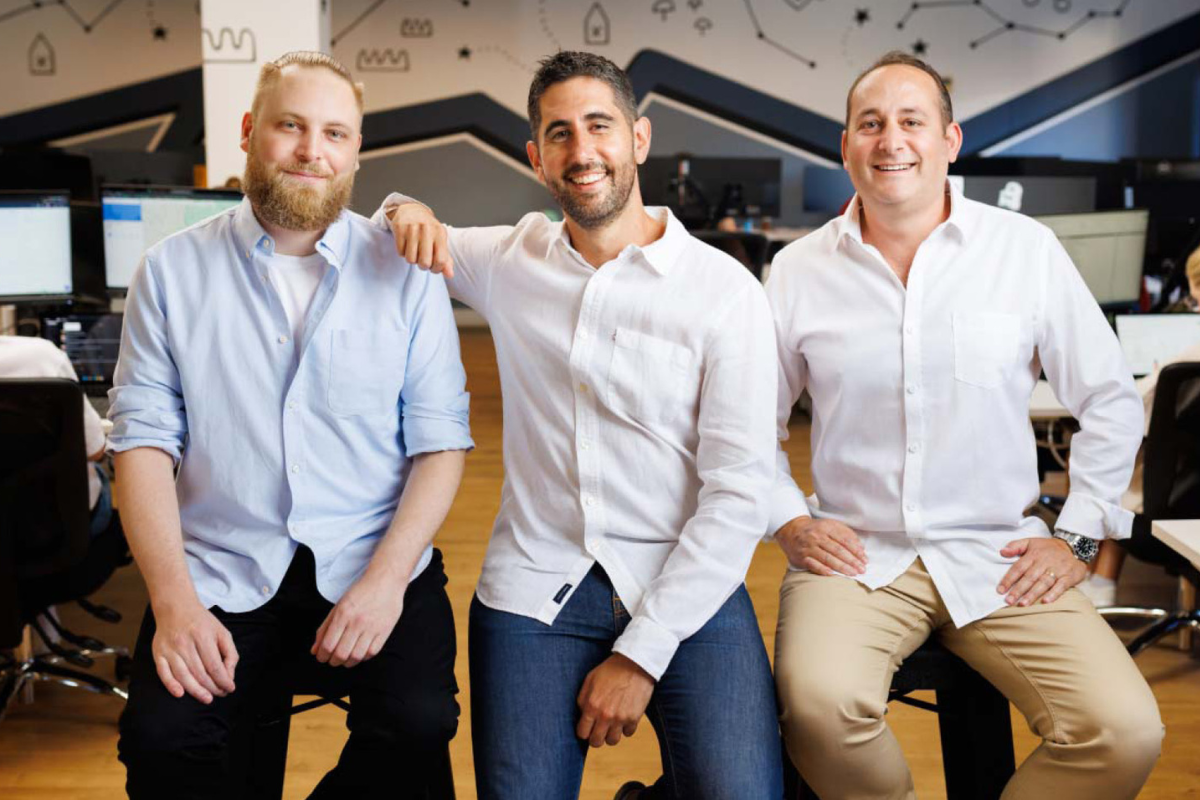 FoodByUs is a perfect fusion between innovation, technology and hospitality that’s been dubbed the “Amazon for the foodservice industry”.

“We looked at the fact that these days people are buying products and services from other people – you don’t take a taxi, you take an Uber; you don’t stay in a hotel, you stay in a private residence through Airbnb,” he says.

Pandemic-induced lockdowns, staff shortages and a decline in customers prompted hospitality owners to reassess their processes and eliminate unnecessary spending, which is where FoodByUs comes into play.

“We are the only hospitality marketplace that, in addition to letting venues select from a whole range of suppliers, actually operates as a procurement system for those same venues,” Lipschitz explains.

“We are the only hospitality marketplace that, in addition to letting venues select from a whole range of suppliers, actually operates as a procurement system for those same venues.”

It was arguably a miracle that the team was able to capture the attention of time-poor chefs and restaurant owners with a simple yet effective strategy; door knocking.

“We were able to capture a lot of restaurants in the beginning, not just in terms of understanding what was wrong with the product, how we could improve, but also understanding all the suppliers that we were missing. From there we were able to grow to more scalable market strategies like referrals and partnerships,” he says.

More recently, the transition from a carefully curated marketplace to one where buyers have increased freedom over their choice of suppliers was a risk that took the business to the next level and strengthened its position as a true player in the shareconomy.

“It turned out that this gamble paid off because what it allowed was any chef, any restaurant to come and see thousands of suppliers and really use us as a true one-stop shop.”

Testing the boundaries of what’s possible with technology and understanding the operational issues that customers grapple with on a daily basis are at the heart of innovation for the business, which aims to make a meaningful contribution to the hospitality software ecosystem.

“We’re about to introduce an entirely new payments platform in the industry. It’s quite a big deal for restaurants and cafes to want to buy now, pay later, and enjoy payment terms, and we’re going to shake up how that whole thing happens,” Lipschitz enthuses. 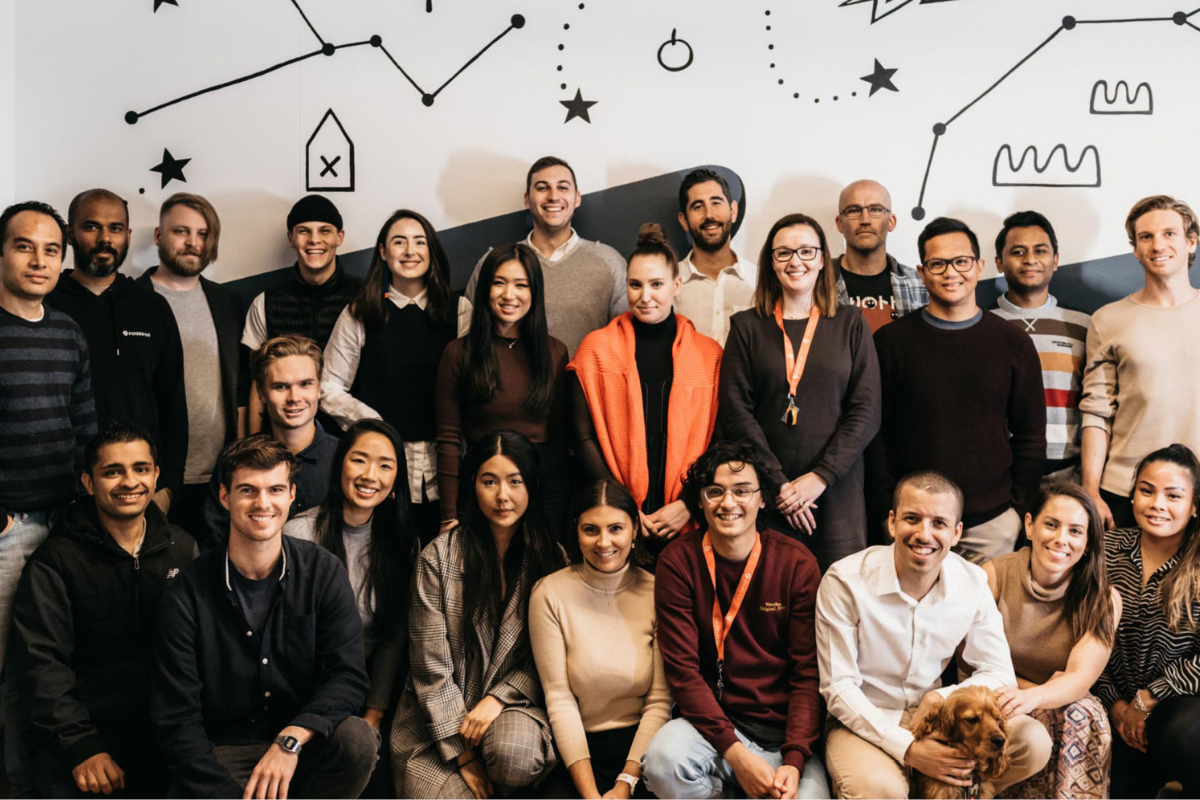 With his leadership expertise and entrepreneurial mindset, it’s not surprising that the Entrepreneur of the Year Award isn’t Lipschitz’s first accolade. This coveted award from The CEO Magazine serves as a perfect complement to being recognised as one of Australia’s top 100 Young Entrepreneurs in 2021.

Despite initial reservations on his part to fill out an application, it was his PR agent who managed to encourage him to overcome his self-doubt and take action. “I was hesitant in the beginning,” he admits. “I didn’t really want to put my name in the hat, but yeah, I got pushed and am happy that I was.”

His philosophy around the qualities that define exceptional entrepreneurs is “the ability to be very, very focused and dogged about success and what they’re trying to pursue, but at the same time, very flexible and open to changing their mind. And it’s a weird set of two attributes, but you need both.”

Under his leadership, the team at FoodByUs has grown by 50 per cent in one year and ongoing funding from global marketplace investor FJ Labs and Macquarie Capital has been secured.

“We originally had a team of six based in Sydney. Now, FoodByUs has over 70 staff in Sydney, Brisbane, Melbourne and Manila.”

And, while the pandemic saw a growing number of business ideas sprout to life, Lipschitz reminds us that longevity and genuine impact are the true hallmarks of success.

“To me success is genuinely helping the businesses or individuals that you’re trying to serve.”

“I don’t think that having millions of users for an idea that doesn’t really help anyone is success. To me success is genuinely helping the businesses or individuals that you’re trying to serve. And, I think it’s really important that the ideas we’re working with stand the test of time.”

The former Flipster’s Co-Founder is inspired by social ventures such as Humanitix, which are underpinned by social responsibility while remaining profitable.

“The product offers an enhanced experience for the user while also doing good – more importantly, as it scales, the amount of social benefit it causes scales, too,” Lipschitz reflects. “Ideas like this show us all that commercialisation and being socially responsible can go hand-in-hand.”

In between developing new product features, reporting to the board and setting strategic goals, Lipschitz is also at the helm of building a strong team culture.

He believes that “a good leader can empathetically see the state of their people, understand what the individuals need and want, and simultaneously find a way to align this with what the organisation needs”.