Every new category of the 2021 Executive of the Year Awards

This year will be a year for success. Celebrate your incredible achievements with seven of the newest categories at our annual awards. 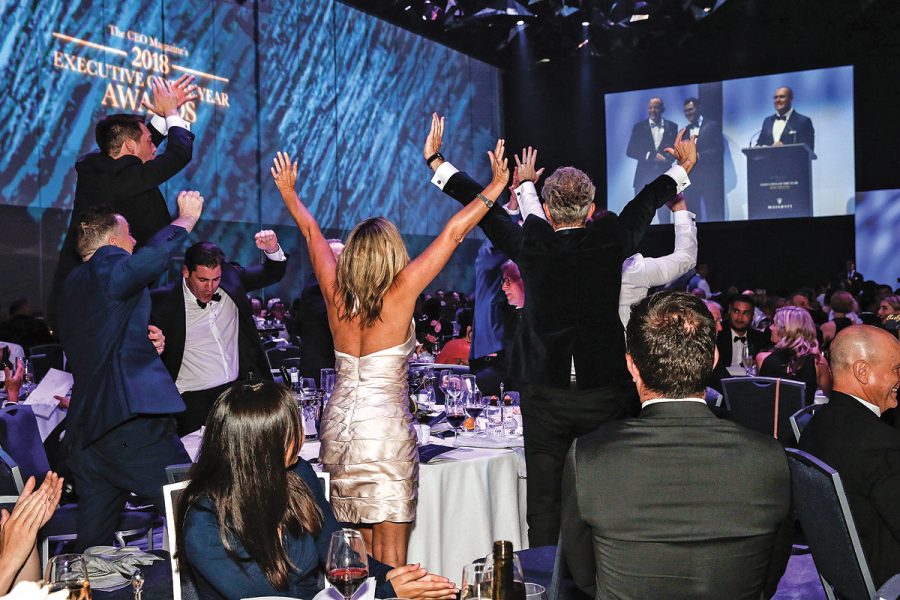 The past 12 months have been tough; however, many businesses have not only survived but thrived in the ever-changing market. From company pivots and creating digital connections to adapting to remote work, there have been plenty of successful adaptions.

In celebration of our exciting milestone – the 10th Executive of the Year Awards – we’ve added some new categories inspired by the triumphs of the industry.

From entrepreneurs to global pioneers, explore some of our most inspiring new categories that we’ll be celebrating at our annual awards ceremony in November.

The prestigious title of CEO of the Year is not new, as many of our regular Executive of the Year Awards attendees would know, but it has been given a fresh new look.

For the first time in our awards history, we will be celebrating not one but three CEOs of the Year.

Lauded as the pinnacle of awards, three influential CEOs will be recognised for their incredible achievements over the previous year.

Each applicant will be required to submit a video to introduce themselves and their company’s finances. Finalists must also be available for an interview with the judges (if necessary).

“With everything that is going on in the world, we need to recognise and celebrate good leadership when we see it,” Louise Adams, Aurecon, Australia and New Zealand, Chief Executive, said when she was crowned 2020 CEO of the Year. “We often see what poor leadership looks like; however, we don’t often celebrate what good looks like, especially at an individual level. Now, more than ever, we need it.”

Global Pioneer Executive of the Year

As the world becomes more globally connected than ever, it’s time to celebrate the companies that have expanded beyond their founding shores.

Our Global Pioneer Executive of the Year accolade is for a senior executive who has introduced new international opportunities to an Australian business.

Whether the executive has expanded an Australian business overseas or they’ve brought business into Australia, the award recognises those creating international connections.

Just as The CEO Magazine launched its inaugural Mandarin magazine in China this year, this honour celebrates the feat of bridging Australia with the world.

Real Estate Executive of the Year

Commending the efforts of the property industry, the Real Estate Executive of the Year award highlights those making a difference in their field.

A senior executive working for a real estate agency as director, broker, property manager, consultant, sales agent or a similar role will wear the title for 2021.

As real estate plays a large role in local communities, it’s important to acknowledge the efforts of industry leaders.

Entrepreneur of the Year

Shining a light on the risk takers of the industry, the Entrepreneur of the Year award will commend the most inspiring go-getter of 2021.

The tireless businessperson will have transformed an idea into a financially successful business.

General startup challenges were only amplified during the pandemic, forcing many new companies to sink, swim or swivel.

“Australia is a hub of innovation and home to some of the brightest minds in the world,” Amanda Johnstone, Transhuman Founder and CEO, said when she was named the 2020 Startup Executive of the Year. “Highlighting how Australians have the ability to create global change will only create a positive environment for Australia’s business community.”

Corporate Responsibility Executive of the Year

As the world faces the reality of environmental and social factors, it is one of the most important sectors to acknowledge.

Our new Corporate Responsibility Executive of the Year Award honours an individual who is leading the corporate, social and environmental responsibility in an Australian business.

View our full list of categories for the 2021 Executive of the Year Awards.

Applications for the 2021 awards are now open.