The category recognises the achievements of younger members of the business community, who have achieved so much in a relatively short time. 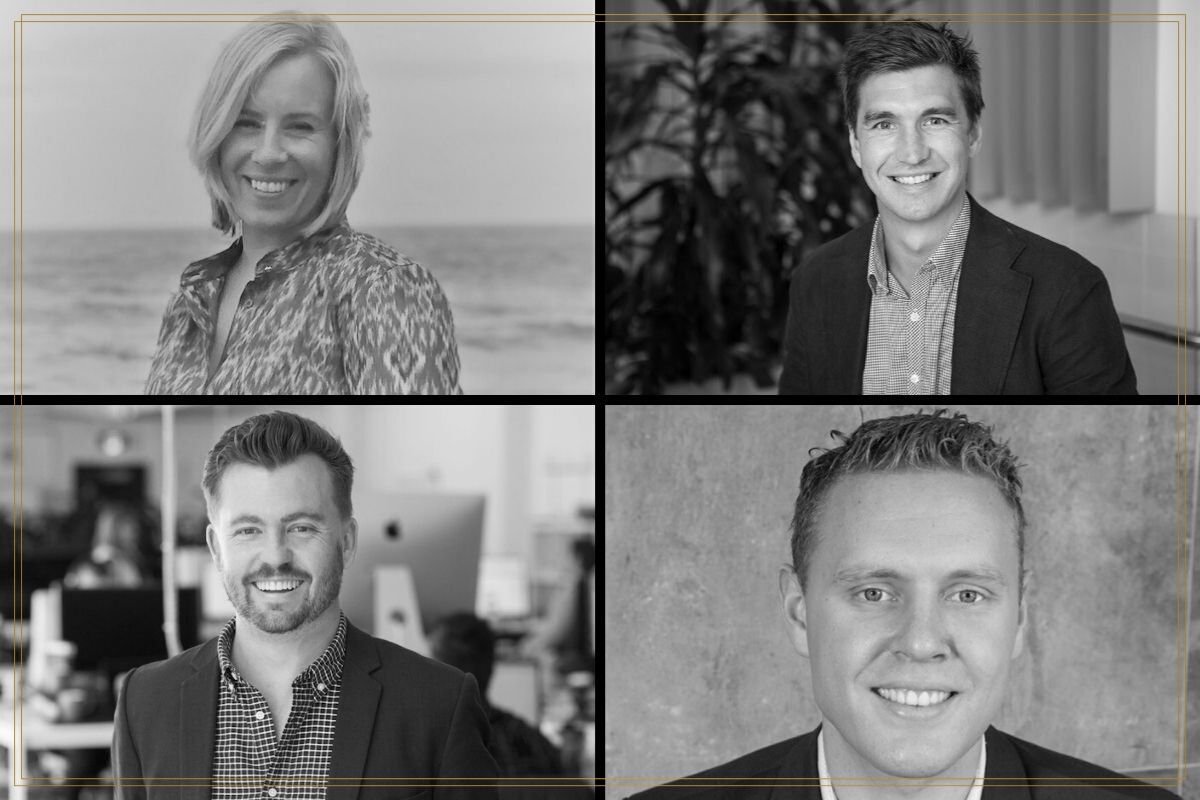 For some, it’s a long road to the executive suite. Those who establish themselves as business leaders while they’re still young are clearly high achievers. Four of these young executives – Amber Manning, John Hobby, Caleb Bush and Tom Amos – have been recognised by The CEO Magazine for exactly this kind of success.

The eighth annual Executive of the Year Awards will be announced on Thursday 14 November at The Palladium at Crown, Melbourne. It’ll celebrate the achievements not just of these four, but business leaders across Australia.

Get to know a little about our four finalists for Young Executive of the Year below.

Seven years ago, at just 25 years old, Tom quit his job with Deloitte and helped found Sidekicker, serving as the startup’s CEO since day one. To pursue that vision, he had to contend with naysayers, and he believes that kind of commitment is necessary for inspiring one’s team. Today, Sidekicker is ANZ’s top digital platform for temporary staffing, and since 2016, has been backed by global employment giant SEEK, which put in A$23 million.

Aggressive growth targets followed that investment, and Sidekicker has had to work hard and fast to achieve its goals. In response, Tom has pushed for what he calls a “fail smart, learn fast” culture. To make sure it stays in place, the business doesn’t accept anything less than a 95% culture fit when hiring new team members.

Through 2018, the platform found work for 10,000 ‘Sidekicks’ who collectively worked 1.2 million hours. As the business continues to scale, it can be hard to ensure a safe environment for employees but even with 10,000 casual employees, Tom’s guiding ideal is “doing right by these staff”. The Sidekicks, he says, are at the forefront of Sidekicker’s strategy.

There’s been no shortage of challenges for the startup. In 2018, the company moved towards a more decentralised model of management, before realising it wasn’t the right strategy. In the adjustment back to a centralised model, Tom had to keep the leadership resolutely focused on the evolution, bolstered by his own resolve, communication and empathy.

Not only is he the youngest to occupy such a role across GPJ’s global network, Caleb’s already been recognised for his achievements, as The CEO Magazine’s Media Executive of the Year 2018. And who knows, perhaps he’ll be lucky again in 2019.

It’s been an eventful career for Caleb. The challenge of first-time fatherhood and the subsequent need to balance his career led him to refocus and redefine the business’s purpose. He asked a simple question: ‘What would the world miss if GPJ didn’t exist?’ He realised there wouldn’t be that vital conduit between people and brands to create change across society.

As part of this renewed focus, Caleb ensured the modernisation of internal communication and organisation through adoption of new IT solutions. But at the heart of his strategy is people, and it’s easy to tell how passionate he is on the subject.

Caleb believes in “being passionately human”, going so far as to say he fights for his staff. He advocates for and communicates with them, putting them first. He says it’s crucial to know what it’s like “in the trenches” for staff members, what organisational changes mean for them, and what their own personal experience is. With this ‘put people first’ strategy, he’s achieved a 94% retention rate.

With such a focus on the welfare of others, it’s not surprising Caleb takes inspiration from those who effect wider social change – one of them being Prince Harry for his work in supporting veterans and the Invictus Games, for which Caleb himself served as Executive Director during the Sydney 2018 games.

Few executives can claim the same rapid ascent as John has enjoyed. Just out of university, he took up a sales role, moving into management within two years. Today, he oversees the company’s market functions throughout Asia–Pacific, and looks up to the optimistic, energetic legacy of Walt Disney in building Nu Skin’s sales across the region.

John implemented a massive efficiency overhaul, using technology to bring huge savings to the company in travel and office space. But most crucial was his decision to disband the existing leadership team, as part of an effort to totally overhaul the sales strategy. Naturally such a change was hard for the team to adapt to, but eventually John was able to secure the support of stakeholders, with an emphasis on building trust and communication.

Since the transformation, sales have grown 30% annually, resulting in a total of A$60 million. A key part of his strategy was building up the millennial customer base – by 300% – to ensure long-term survival of the company.

John says one of the most important qualities he employs is a genuine interest in his team, professionally and personally, while encouraging openness, communication and a healthy lifestyle. In one situation, he had to deal with a proficient-yet-negative employee who was having an adverse effect on the workplace. It’s an example of the empowered yet accountable environment he fosters at Nu Skin.

After only a year and half in the role, Amber has already overseen the expansion of Just Cuts into the UK. Even though it’s the Southern Hemisphere’s largest hairdressing franchise, this is no mean feat.

She’s had to keep her team operating across three time zones since then, supporting the franchise in New Zealand, Australia and the UK. To adjust to that environment, she brought in real flexibility, implementing virtual offices and dissolving the Monday to Friday, nine-to-five model – some external team members operate from their kitchens.

Amber has also worked to keep the company technologically flexible, pursuing the Airbnb/Uber model. Though the demographic of Just Cuts franchisees didn’t make for an automatic embrace of tech, Amber worked to address concerns, demonstrate the importance of those changes, and ensure buy-in from key stakeholders.

Besides serving as CEO, Amber also owns seven Just Cuts along with her partner – it’s evidence of her belief in the brand, and such a level of involvement in the franchise shows she’s not afraid to get stuck in. After all, both herself and the Managing Director, she says, help pack boxes and sweep floors, right alongside the Just Cuts team.

Find out more about the event here.