The inspiring family office investing in ventures that strive to make the world a better place. 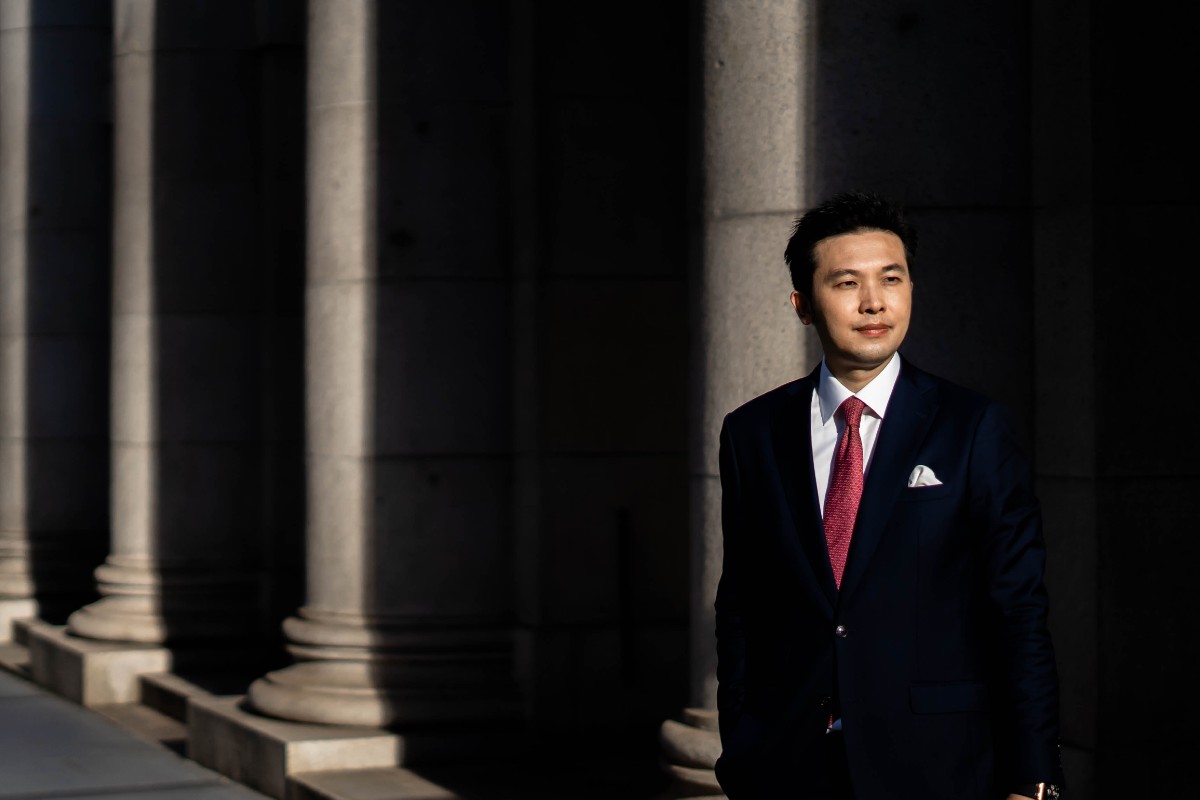 As a Chinese boy growing up in Northern Ireland when the IRA was rife, Patrick Tsang was never short of challenges.

From being sent to school without knowing a word of English to being bullied, it was these hurdles that helped forge the Chairman of Tsangs Group’s mission for a global village.

“Every step of the way, I always had things blocking me,” Patrick tells The CEO Magazine. “I had glass ceilings when I was younger. The idea of a glass ceiling is self-prophesised – the only person setting the limits is yourself.”

Overcoming his childhood challenges to become a successful lawyer (reading law for his parents), Patrick went on to become a financier and an entrepreneur and the fourth generation to take over the role as Chairman of his family office after his father’s passing.

With a passion for bridging the East with the West, it’s not just a mission of the Tsangs Group, but a vision Patrick’s Hakka ancestors have explored for centuries.

Coming from a long line of fishermen and farmers, Patrick’s grandfather was the first of the Tsang family to be formally educated. At the age of 12, his grandfather was working full- time for the family business before leaving Lai Chi Wo, the now UNESCO World Heritage Listed village in Hong Kong.

“My great grandfather knew the pen and not the sword was the thing that controlled the world,” Patrick explains anecdotally. “My grandfather left Hong Kong in 1956 on a ship to Liverpool, sailing for two months at the age of 27.”

Working as a waiter at one of the first few Chinese restaurants in the UK, Patrick’s grandfather was the only one who could speak English, allowing him to earn bountiful tips, which he sent home to the family business away in the village.

“After three years of savings, he borrowed a small loan and opened his first restaurant – Blue Sky – in Southport, a small seaside town,” Patrick says. “He started one restaurant and eventually he built an empire, owning about 30 restaurants at one time.”

“He helped every single family in the village (around 300 families) relocate to the UK and each person then became a business owner – all opening Chinese restaurants, which contributed to the economy.”

“My grandfather came from nothing. He didn’t know anything and he just tried his best to make the whole situation work.”

Inspired by his grandfather, who was the honourable village chief for more than 30 years, Patrick holds his family’s virtues close and they shape every decision he makes at Tsangs Group.

“My grandfather is the guy who really broke through all the glass ceilings,” he says. “There are a lot of strong family morals that have been passed down for generations, which we have to uphold.

“I stick to the core values, but there are a lot of rules that I break.” 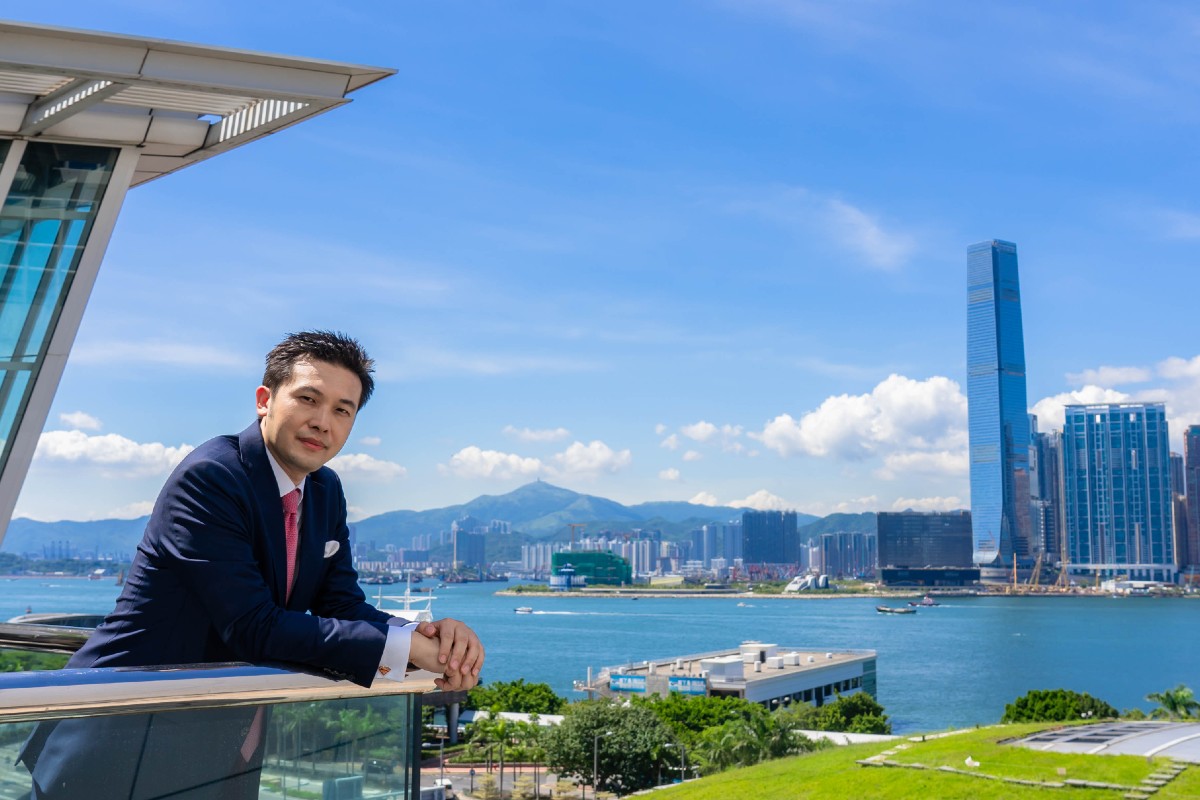 The history-making journey of his ancestors who ventured into an unknown world combined with Patrick’s own experiences of facing prejudices influences the family office to invest in ventures that create a positive impact.

Through mindful investments, the mission is to make China more accessible by creating value while opening the nation to other global companies – a traditionally difficult move for international businesses.

And it’s a motion made more arduous in the current climate with China being the origin of the coronavirus pandemic.

“Currently, there is a lot of China bashing,” Patrick says. “The narrative in Western media is China’s bad. I would like to say that, as a proud Chinese person, there are definitely bad things about China, but I think there’s more good than bad.”

In addition to the geopolitical games America is playing, the Tsangs Group Chairman believes China’s allies need to step up.

“China’s downfall right now is that their soft power is very weak,” Patrick explains. “No matter what China says in Chinese media, the West doesn’t believe it.

“We need softer power – people like myself – to bridge and help create a better world.”

While it may be the worst time in history for the US-China relationship, the entrepreneur sees positive opportunities for investors while the markets are volatile.

“On the plus side, business wise, the more chaotic the US-China relationship is, the more volatile the markets are, and when the market is in chaos and there’s blood on the streets, there is more opportunity to make money,” Patrick says.

Sticking to strong morals helps shape Tsangs Group’s investment decisions. Enterprises with a positive influence are at the core of the family office, adding to Patrick’s journey to build a global village of exciting opportunities.

“I’ve met people from all over the world from different races and cultures essentially – we’re all the same,” Patrick, whose accent is a melting pot of Irish, British and Chinese, tells The CEO Magazine . “We might look a bit different, we might eat slightly differently, but our core values are all the same.

“I want to use this business to help people.”

But not every money-making opportunity is one Patrick feels comfortable in empowering.

“Technology has always been one of my loves and passions, so it’s always something we’ll invest in,” Patrick explains. “Real estate is the bulk of the portfolio because it’s generally how Asian families build their wealth. Now we’re diversifying.”

Through incorporating the UN Sustainability Goals, although not exclusively, Tsangs Group endeavours to create powerful opportunities via its actions.

Currently, the family office is encompassing goal five: gender equality; goal 10: reduced inequality; and goal 17: partnerships to achieve the goal. However, the Chairman doesn’t embrace the goals for the sake of ticking a box, rather a coincidental action.

“I’m very proud to say that 60% of our company is female,” Patrick beams. “It wasn’t just by design. I don’t intentionally go out and hire someone because they’re a woman. I’m hiring people because they’re good for the job, not to make up the numbers.

“To be honest, in two years’ time, it might be 80% male. I believe the true meaning of gender equality is when we interview people and we don’t even see gender.

“If you can do something and you’re capable, that’s what I go for – the merits of a person.”

Despite “practising but not practising” the global goals, Patrick believes sustainability and innovation is crucial to creating a better world. 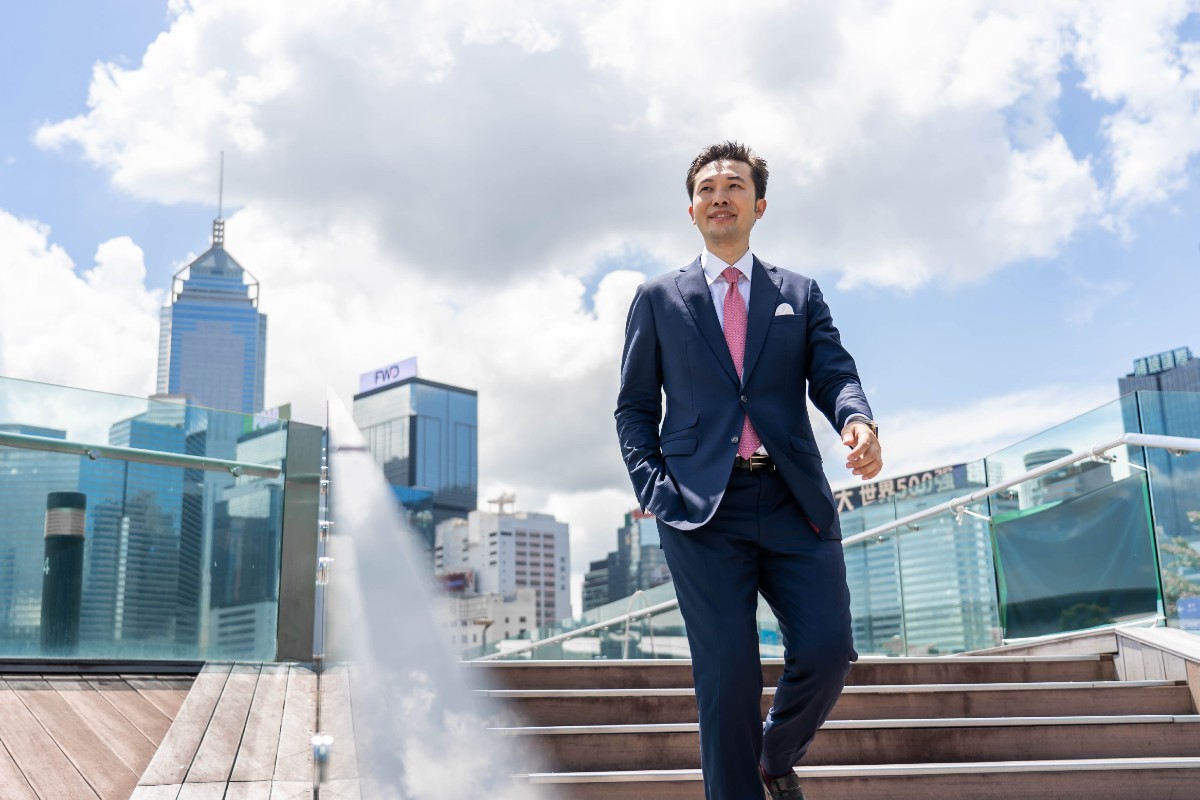 Through his experiences of racism at a young age, Patrick reflects on how the actions of a “few bad apples” put him on the path to becoming a global citizen.

“I didn’t give up,” he says. “I would always show people that I can perform just as well as anyone else, if not better.

“That’s where the hard work ethic comes from – the spirit of having to show everyone I can do it.”

Now a dynamic leader of a multimillion-dollar family office, Patrick explains the true definition of innovation lies within oneself.

Through continual self-improvement, the entrepreneur says anyone can be successful.

“We should be the best we can be, and we should learn as if it’s our first day and live as if it’s our last day,” he says. “If everyone follows this principle, you can strive to be the best version of yourself, and that’s when the best results come out.”

Not only can people aspire to be their best selves, the Chairman believes it’s important to be open to learning something from everyone.

“In the spirit of ‘Anything is Possible’ (Patrick’s life motto), we are all dealt a hand of poker and that is the poker of life,” Patrick shares. “One can’t compare their hand to another because everyone’s life experiences are so different – there’s no point comparing yourself to Steve Jobs.”

“It’s not a buzzword. It’s something I truly believe in.”

Coming from a long line of entrepreneurial spirit, the notion of possibility rings through everything Patrick’s grandfather embodied when he made the daunting journey from Asia to Europe in the mid 1900s. It’s little wonder the family office is a formidable force of inspiration.

“Don’t put limitations or barriers in front of you – no-one can stop you apart from yourself,” Patrick says.

If any enterprise can positively bridge China with the rest of the world, there’s no doubting the power of Tsangs Group.