Can a new car ever truly be considered an investment? It all depends on how you look at it. 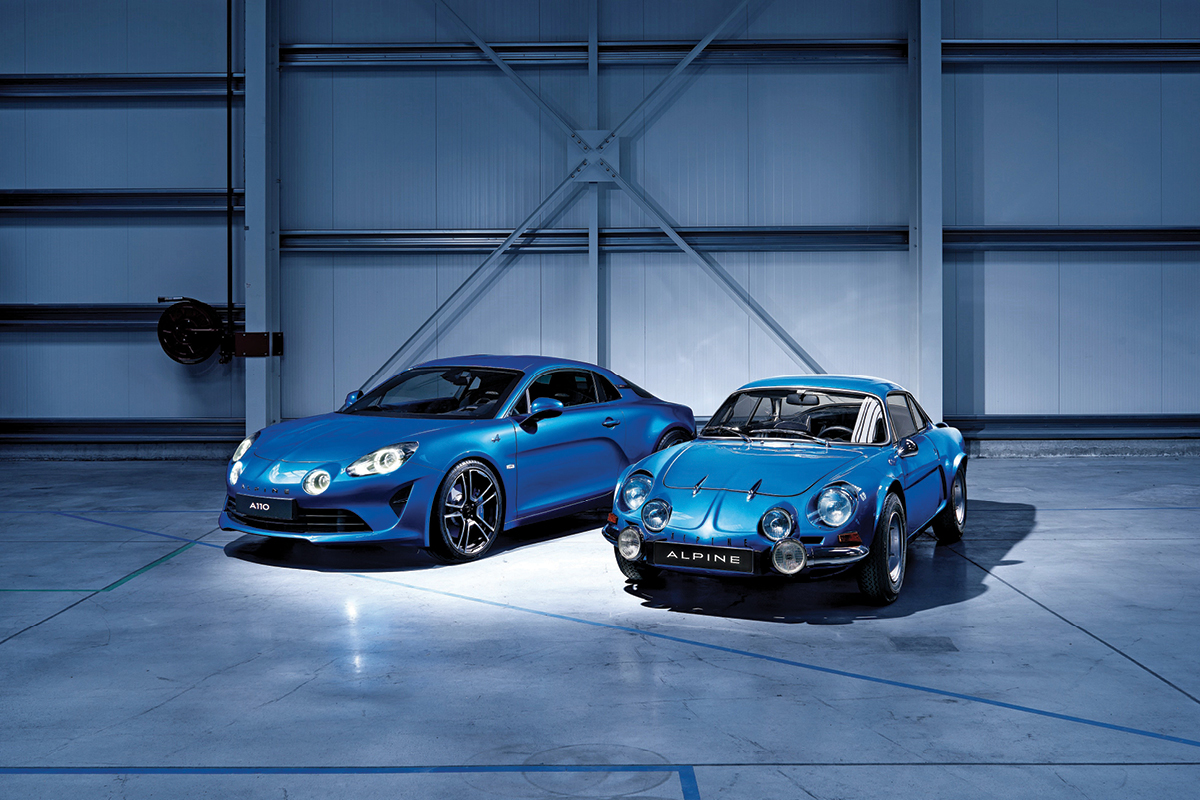 Sure, the rarest of new models might actually increase in value, but you’d need a fully functioning crystal ball to pick the right one, and even then you’d have to lock it safely away somewhere rather than drive it – and where’s the fun in that?

It’s probably wiser to consider the right new car as less of a financial investment and more an investment in your own happiness. Then the returns can be very high indeed.

And from all-electric green machines to performance icons reborn, 2019 is shaping up as a stellar year in the world of new cars. Read on for a preview of the most exciting models we’ll welcome to our shores in the next 12 months.

For many years, the answer to the question, “If I want the very best, what car should I buy?” has been a simple, single word: Porsche.

The German powerhouse has long made the best sports cars around, for any budget, right up to its 911 Turbo and 918 supercars, and they are one of those few wondrous things in life that really are as good as you hope they will be. 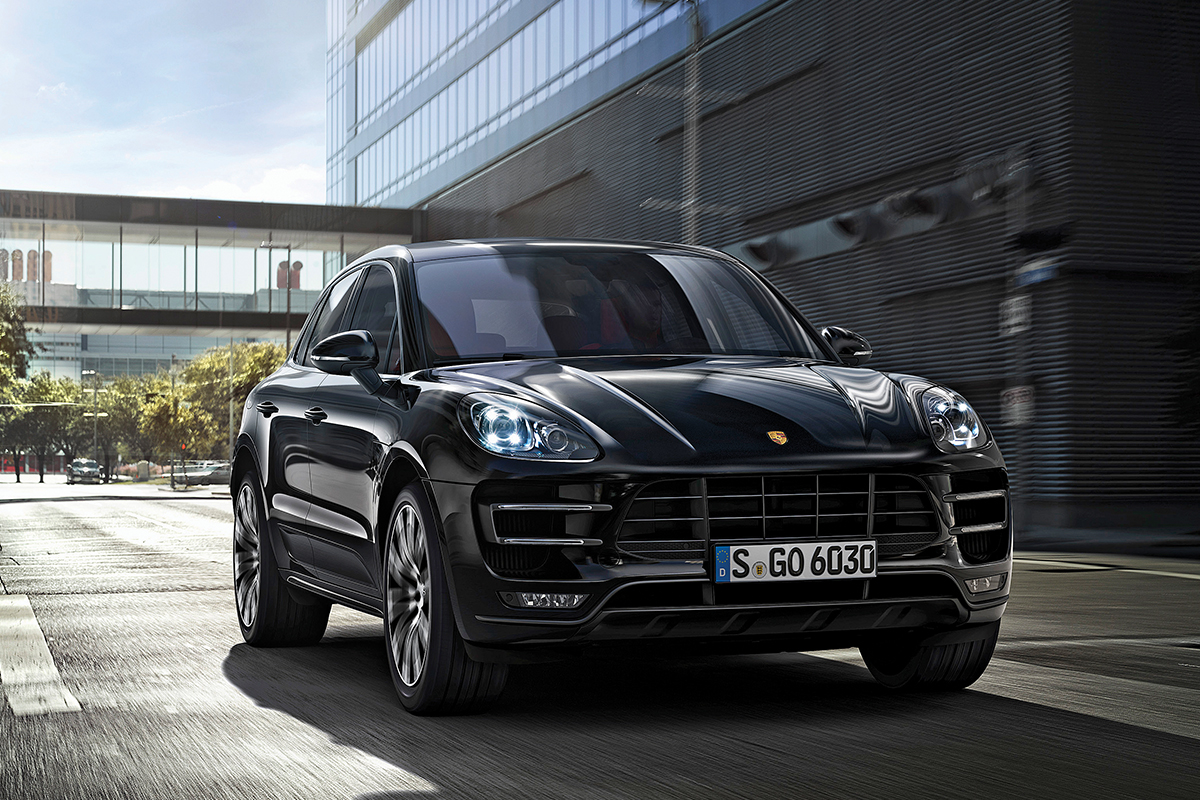 If the ‘car’ you want to buy is actually an SUV, however, the answer was never quite so simple. Yes, Porsche has been making big soft roaders for quite some time now – indeed SUVs make up the bulk of the company’s sales these days – but the Cayenne has always been a bit heavy and sad looking, and not quite as great as some other options (Range Rover does some pretty good work in this area).

With the arrival of the mid-size Macan, however, Porsche did something typically German by perfecting the art. Not only is the Macan a Goldilocks-sized machine with fantastic driving dynamics and plenty of stylish touches, inside and out – it also feels like a proper Porsche.

That means it goes hard enough to punch holes in the air in front of you and has steering that borders on the sublime, making your interactions with the car almost intuitive.

Perhaps most remarkable, the Macan can even be nigh-on affordable, if you so desire, with the base model starting at just A$80,110. The one you really want, however, is the Porsche Macan Turbo with Performance Pack, powered by a screaming 3.6-litre engine and yours for A$147,000.

The problem with electric cars has always been that for every perk they offer, there’s an equal or greater drawback. They’re cheap to charge, for example, but it takes forever. They can be quick in a straight line, but too heavy to be anything like fun on a racetrack. They feel like the future, but most look
like they were designed as a practical joke. 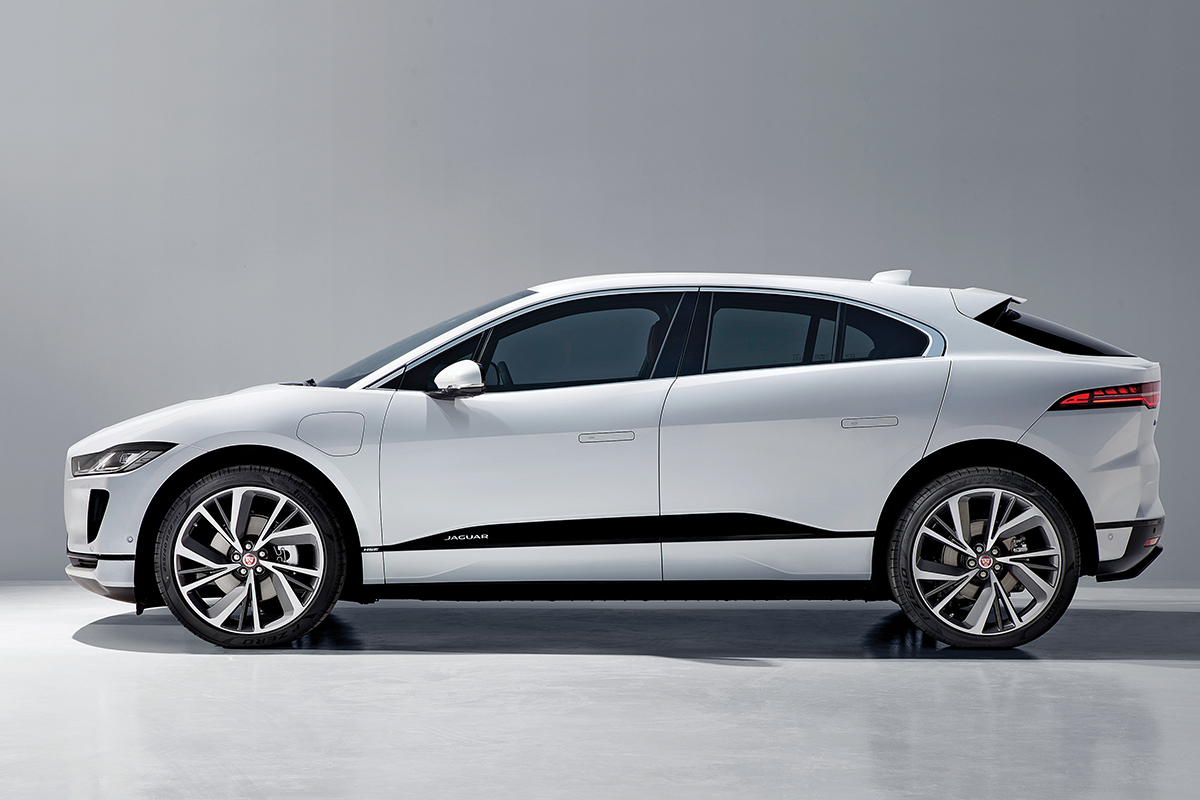 All of which makes the Jaguar I-PACE so astoundingly impressive. This is an all-electric SUV that’s perfect for the city, will give you a week’s worth of driving in just 10 minutes, and can even paint an ear-to-ear smile on your face on the right twisting road or racetrack. Oh, and it looks the absolute business, too.

The electric stuff is handled by a pair of motors – one for both the front and rear wheels – that generate a total 294kW and 696Nm. That’s enough to rocket the I-PACE to 100km/h in an astonishing 4.8 seconds, accruing speed in an other-worldly quiet, the scenery whipping past the windows like a silent movie being played on fast-forward.

It’s as spacious and practical as any other SUV its size too, and while a full charge – which takes around 13 hours using regular power – will give you 390km of driving range, plugging the I-PACE into a fast charger will give you 80 per cent of that number in just 10 minutes.

With the I-PACE, Jaguar has achieved the seemingly impossible: an electric car that’s both zero emissions and zero compromise.

Super cars all largely have one thing in common; they’re as practical as see-through curtains. Sleek and swooping two-door, two-seat stunners – the lot of them – with little thought given to passengers, luggage or creature comforts.

All of them, that is, except AMG’s new GT 4-Door Coupe. Picture the same unhinged German-made rocket ship that is the existing GT, only with two extra doors, two extra seats and a tonne of extra practicality. 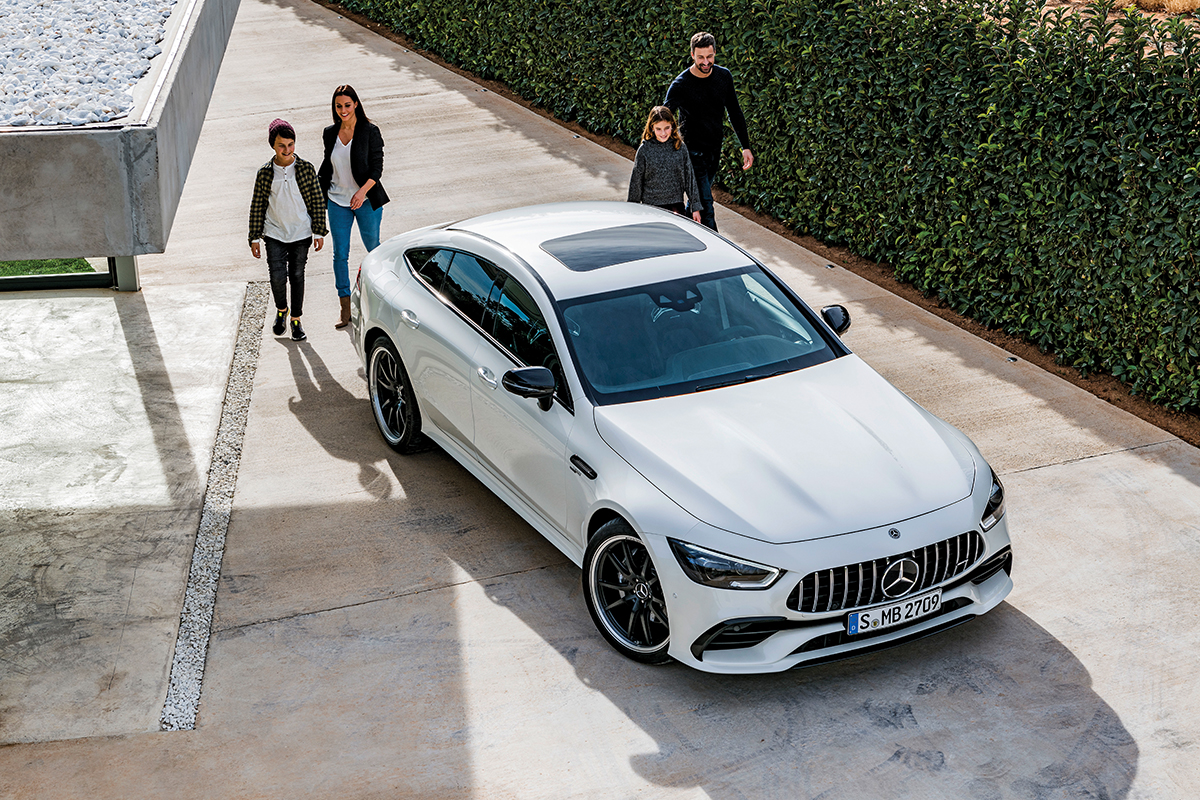 While Alpine relies on its dainty kerb weight for its performance, AMG goes about collecting speed the old-fashioned way: by squeezing the biggest and angriest engines it can under its bonnets. And in the case of the GT 4-Door, that engine is a fabulous 4.0-litre, twin-turbocharged V8.

It is a genuine masterpiece from the old school, producing a very hefty 470kW and 900Nm – enough to propel the GT 4-Door to 100km/h in a Porsche Panamera-shaming 3.2 seconds. And should you keep the accelerator pinned to the floor, it will sail well past 300km/h.

Better still, it promises to be something approaching spacious, even in the back seats, while the cabin materials, in-car technology and exterior styling are genuinely swoon-inducing too.

All of which is exactly our kind of practical. Pricing is yet to be announced for Australia, but it’s unlikely to be cheap.

In recent times, Toyota has been on a mission to shake its dowdy-but-dependable image, with the company’s biggest bosses promising more cars that are both fun to look at and exciting to drive.

And the new Toyota Supra? From where I’m sitting, it gets a giant tick on both fronts. 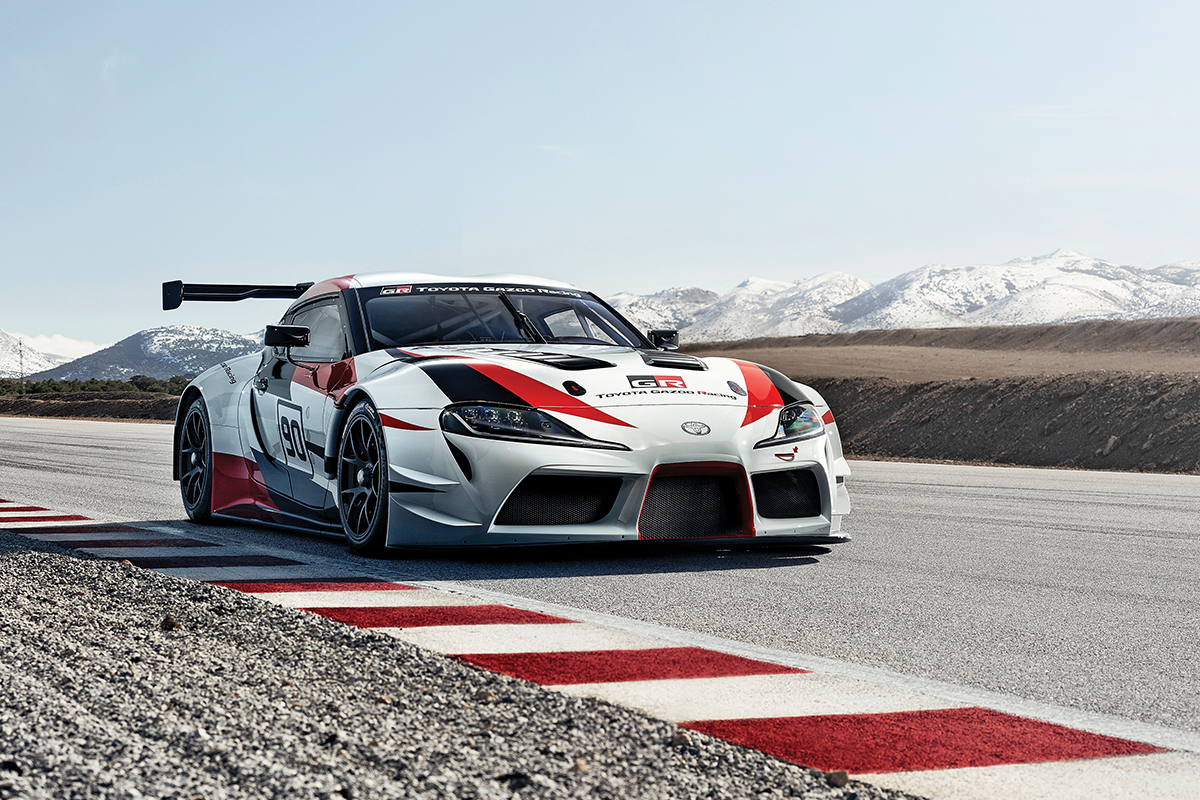 You’ll remember the Supra. The poster-boy for Japanese performance in the 1990s, the twin-turbocharged version offered Ferrari-bothering pace for a fraction of the price.

Some 20 years later, it’s back. This one has been co-developed with BMW (the German brand’s new Z4 roadster is the Supra’s twin), and it promises to be a more-than-worthy successor to Toyota’s 1990s icon.

Powered by BMW’s excellent turbocharged, six-cylinder engine (also found in the fabulous M2), the sportiest version of the new Supra will be good for around 250kW and 450Nm, with that power channelled through an eight-speed automatic gearbox and sent to the rear tyres. And as a two-door coupe, the Supra promises to be very light, and thus very fast.

While information has been leaked online, Toyota hasn’t confirmed performance specifications yet, but a circa-4.0 second sprint to 100km/h would be a solid guess.

Toyota is also yet to release pricing for its new bubble-roofed performance hero and the Supra, but we’re expecting it to be the cheapest option on this list by some margin, which would make it a genuine bargain. You’ll be hearing a whole lot about it in 2019.

The fact that weight is the sworn enemy of performance is no secret, but few live and breathe the mantra with the same dedication as French carmaker Alpine.
Once a minuscule stand-alone brand, the specialist sports car manufacturer is now owned by Renault, and the stunning A110 is the first new Alpine since 1995.

The two-seat coupe tips the scales at an impossibly light 1,103kg in its heaviest guise, which is astonishing. Its closest competitors, the Audi TT and Porsche Cayman, are around 300kg heavier, and it’s not as if either of those are carrying much winter fat.

Its weight is extremely important, as under that futuristic bonnet lurks a pretty pokey (on paper) engine: a mid-mounted and turbocharged 1.8-litre unit producing 185kW and 320Nm, which is about the same as your average hot hatch. But fitted to something as feather-light as the A110, the result is truly magical.

It’s enough, in fact, to push the Alpine to 100km/h in just 4.5 seconds, and to keep on pushing to a flying top speed of 250km/h. And we do mean flying; there are gliders that weigh more than the A110, and at that speed you’ll feel like you’re about to take off.

An added benefit of all this strict dieting is the fact that the Alpine feels positively stapled to the road beneath its tyres, sitting ironing-board flat even as you scream into corners at speeds that would have lesser cars rocking like a tall ship in rough seas.

Barrels of French fun, then, and with a price tag that starts at A$97,000, it’s a relative bargain to boot.