Aston Martin has unveiled its new wings, and as the iconic British sports car manufacturer celebrates the 100th anniversary of its very first Grand Prix, it is definitely set to soar to new heights. 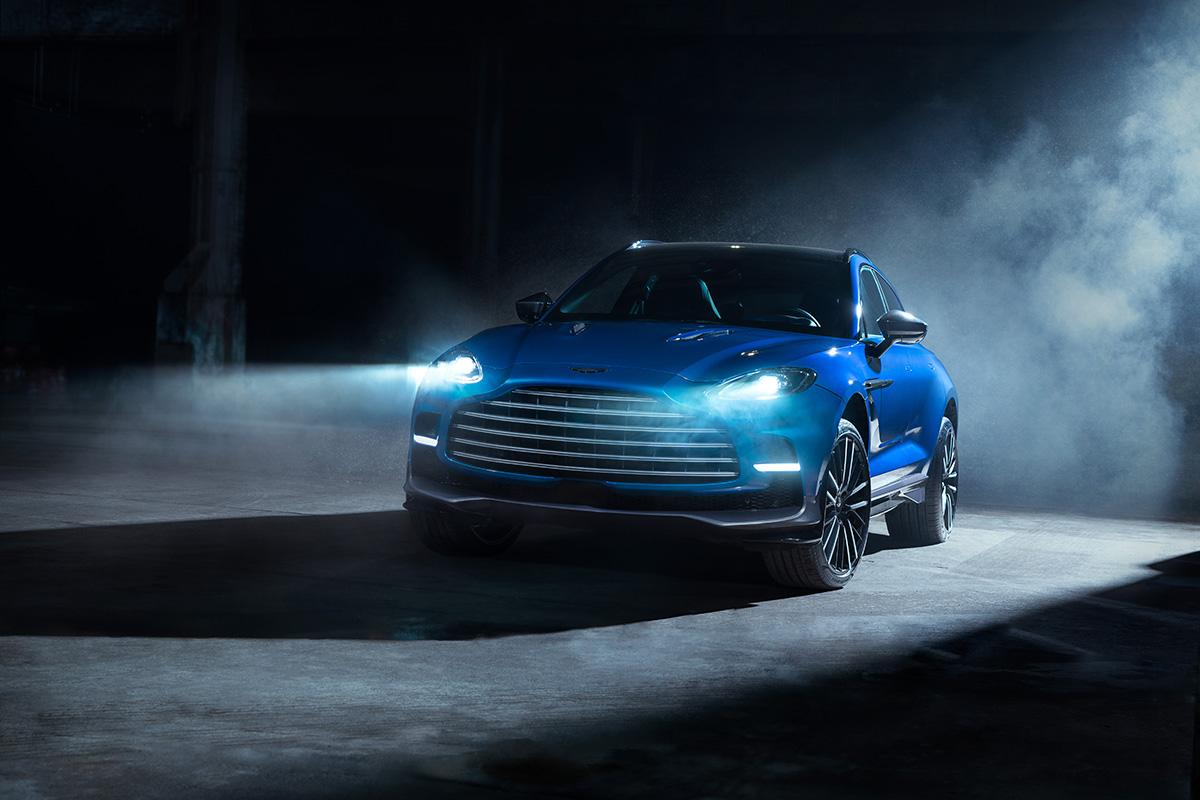 Anyone who’s ever had the pleasure of getting behind the wheel of an Aston Martin knows precisely why the famed British manufacturer of luxury sports cars features wings on its logo.

If there’s one brand that achieves both the dynamic beauty of a bird and the sense of flying – albeit at ground level – it’s Aston Martin.

Astons, of course, aren’t just about heart-racing pace; a commitment to eye-catching design, the kind that elicits involuntary sighs on sight from car lovers, has always been a major part of the brand equation, which is why the development of its new logo was handled with the kind of love and care usually reserved for newborns, works of art and puppies.

The resulting logo was hand-crafted by artisans into tangible items at Vaughtons studio in Birmingham, a 203-year-old silversmiths firm famed for crafting medals for the 1908 London Olympics.

Marek Reichman, Executive Vice President and Chief Creative Officer of Aston Martin, says the meticulous attention to detail is simply par for the course for the iconic English brand.

“As we approach an exciting moment of product evolution, the design of the new wings was no different,” Reichman says.

“Every millimetre of each line – of each shape within the new wings – are drawn forward from the depths of our 109-year Aston Martin creative wellspring.”

The eighth major update to the marque since 1913 – and first since 2003 – the new wings will feature on Aston Martin’s next generation of sports cars, although they’ve already taken flight; featuring on the livery of the Aston Martin Aramco Cognizant F1 Team during the recent French Grand Prix. A winged birthday cake may have been a more appropriate symbol for the team, with Aston Martin celebrating the 100th anniversary of the brand’s very first Grand Prix entry in 1922 – an occasion marked by the marque’s original 1913 button logo featuring on the nose of its AMR22 (the new wings featuring on the monocoque sides of the car).

No birthday celebration is complete without reflecting on a few past glories (or tears, depending on the number of candles on your cake), so it was fitting that four-time F1 world champion Sebastian Vettel took a 1922-style TT1, nicknamed ‘Green Pea’, for a spin around the Paul Ricard circuit, a full century after two Aston Martins participated in a 60-lap, 800 kilometre race around the road circuit of Strasbourg.

“Green Pea holds a very special place in Aston Martin’s heritage, and you can almost feel that century of history beneath your fingertips when at the wheel,” Vettel says.

“The racing spirit and will to win is something that defines Aston Martin, and it’s fantastic to celebrate it as we bring Green Pea and our heritage in motorsport together with the cutting-edge technology and performance of the AMR22 car.”

If the French Grand Prix was all about celebrating Aston Martin’s past, then June’s Goodwood Festival of Speed was all about popping the champagne for the present.

The legendary annual event, held at Goodwood Estate in the South Downs, saw the roaring return of the incredible Aston Martin Valkyrie hypercar and its naturally aspirated 6.5-litre V12 engine, plus a couple of notable debuts.

First was the limited and final-edition of the iconic V12 Vantage making its first public appearance (all 333 examples of the car were sold before release), which took on Goodwood’s famous hillclimb.

The course was described by Indy 500 Champ and F1 Legend Juan Pablo Montoya as “the narrowest, bumpiest, least grippy course I’ve ever driven… but I loved it”.

Back in the real world of cars that mere mortals can actually buy, Goodwood also hosted good news, with the debut of the world’s fastest and most powerful ultra-luxury SUV, the Aston Martin DBX707.

The incredible DBX707 – the SUV James Bond will surely drive if he decides to have a family in his future iterations – packs an AMG-supplied 4.0-litre twin-turbo V8 engine that produces 520 kilowatts (707 metric horsepower, if you’re wondering where the title comes from) and 900 newton-metres, with a supercar-worthy zero-to-100 kilometres per hour blast of just 3.3 seconds. 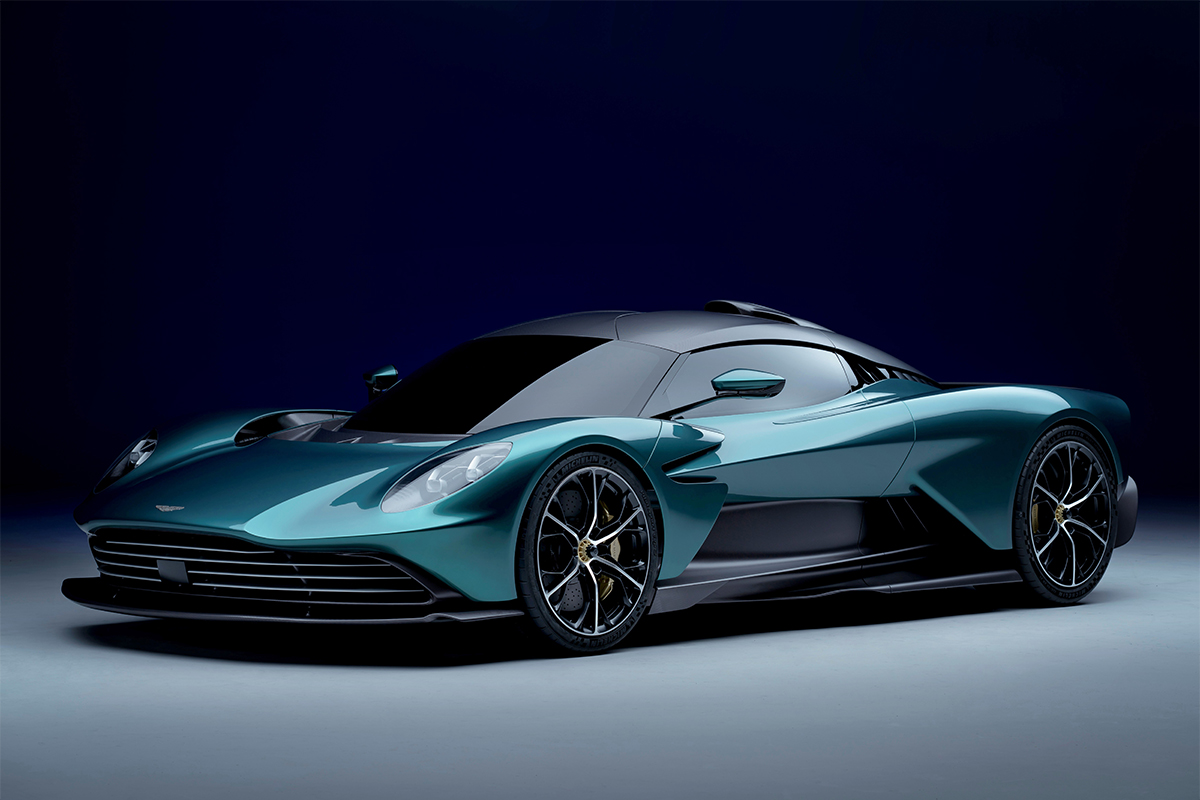 A petrol-powered beast the DBX707 may be, that doesn’t mean Aston Martin isn’t looking ahead to a greener future.

Under a new ‘Racing. Green.’ sustainability strategy, Aston Martin’s first ever hybrid car arrives in 2024, quickly followed by a Battery Electric Vehicle in 2025 and a fully electrified Sport/GT and SUV portfolio on the road by 2030.

And, who knows – by the time 2039 actually rolls around, perhaps those iconic wings will be used on an Aston Martin that actually can fly.