The Brits have done it again with the even-better-than-before Aston Martin DB11, genuinely its own man. It takes something monumental to keep a Spaniard from his siesta; his own funeral perhaps. But right now, a seismic event is ripping through a tiny mountain village in the Spanish Pyrenees.

It’s 3pm – nana-nap o’clock across southern Europe – and yet a group of locals are shunning their daily snooze in order to watch our convoy of DB11s purr through their village, all of them to a man still vertical and, as far as we can tell, their eyelids not propped open by matchsticks.

The DB11, the successor to Aston Martin’s iconic DB9, is that kind of car; it could wake General Franco from his grave. Or even Enzo Ferrari. It doesn’t shout “Look at me!” or demand Instagram likes in the manner of some performance cars, and yet it somehow seduces you. It’s automotive black magic, or, as our Spanish voyeurs can testify, a powerful batch of amphetamine.

The new DB11 retains the aura of timeless British luxury for which Aston is renowned, and still manages to move the game forward from its predecessor with more aggressive, modern styling. 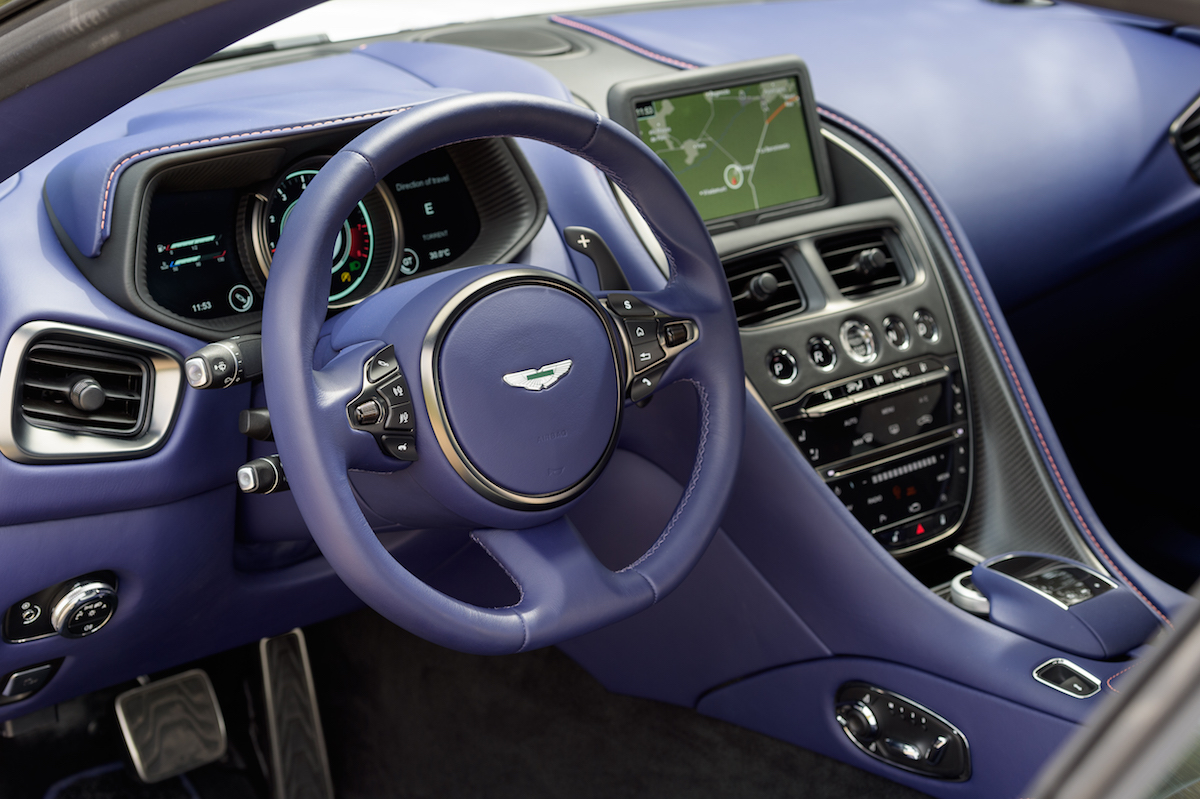 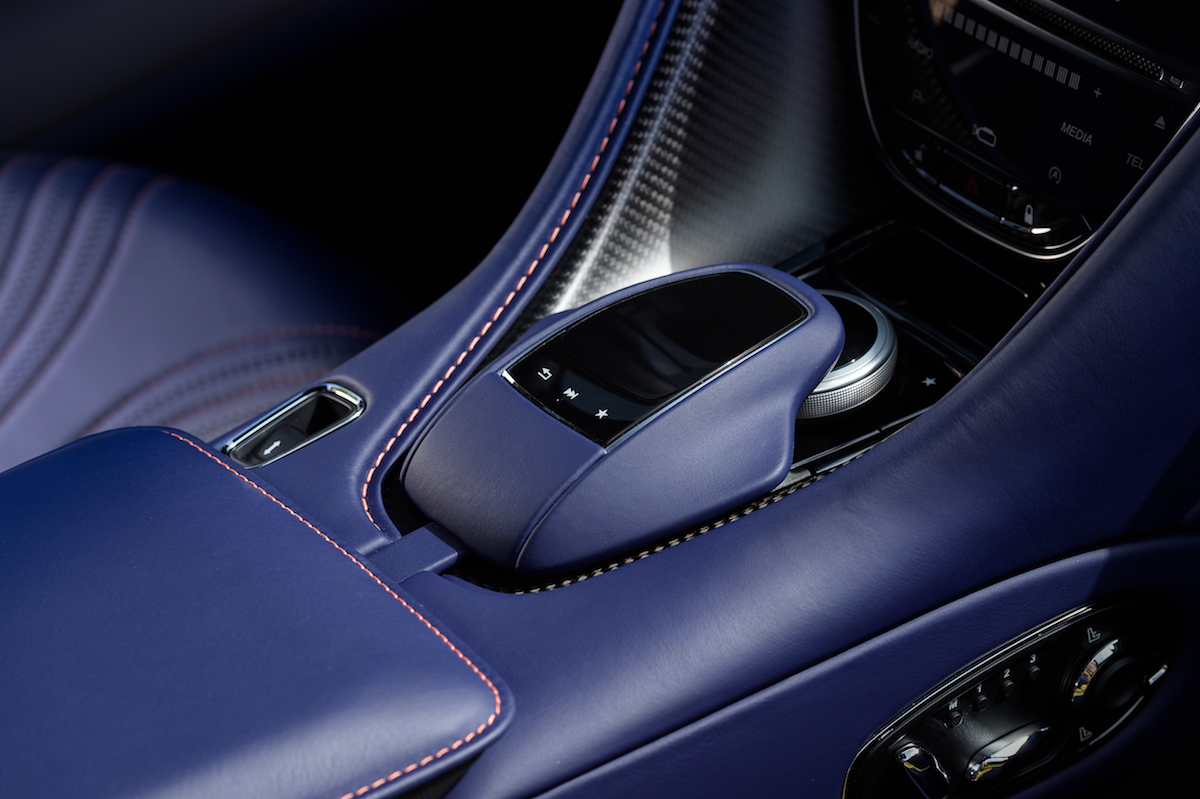 Wrench your eyes away from that classic silhouette – if you can – and you’ll discover some striking new aero touches, like those cool ‘curlicue vents’ above the wheels, which draw air away to improve downforce, but also create the illusion that the DB11 is moving, even when parked outside your country estate.

A criticism of the whole Aston range, including the DB9, was that each model looked a bit samey, a bit too inbred – like another famous British dynasty we won’t mention. The DB9 bore shades of the Vanquish, the Vanquish resembled the Vantage. Not any more. The DB11 is clearly its own man, and all the better for it.

It’s obvious where Aston has done its best work as soon as you plant yourself behind the steering wheel. The DB11 is a GT car, or grand tourer, put on this planet for sumptuous long drives, not heart-stopping bombs around snaky mountain roads. And yet here we are on the press launch in northern Spain, doing exactly that.

It’s obvious where Aston has done its best work as soon as you plant yourself behind the steering wheel.

What kind of dark arts have been summoned to make this possible? The first DB11 was showcased earlier in the year with a V12 engine, but on this test we’re babysitting its little brother, if you can call a twin-turbocharged 4.0-litre V8 ‘little’.

This powerplant has been sourced (and subsequently adapted) from Mercedes’ hot-rod division, AMG, and generates 375kW and 675Nm, more than enough for shouty thrills on any road.

There are also three driving modes that completely change the car’s personality: GT, Sport and Sport Plus. The two friskier settings, Sport and Sport Plus, transform the DB11 into a spryer athlete, allowing the car to slink through tight corners, convincing itself that it’s a hot hatch rather than a 4.75-metre-long cruiser (it’s about as easy to drive as a Golf GTI, too). The eight-speed automatic ’box holds gears for longer, allowing more access to that lovely torque, and leaving you to wonder why everyone in Europe still fusses about manual gear boxes so much. Aston’s previous efforts at self-shifters were a weakness, but it’s one that’s been fixed.

On the hairpin bends the Pyrenees serves up, the 20-inch tyres grip the tarmac fearlessly. The steering is crisp and precise, which is reassuring when we’re forced, on several occasions, to swerve around rocks that have fallen off the mountain.

And the noise. Oh, the noise. The secret has long been out about some car companies artificially pumping sound into their cabins, but there’s no such skullduggery in the DB11, it’s tuned for an exotic range of exhaust notes.

Deliberately making it crackle as unburnt fuel is spat out on the overrun is the most addictive driving game since Grand Theft Auto.

Being back on the calm of the freeway offers the chance to bathe in the classy glow of the DB11’s cabin, a huge jump on the primordial cockpits of Astons past. You’d be demanding an apology letter from the Aston CEO if you weren’t surrounded by fields of soft leather, or offered a 21st-century infotainment system on a tablet-style display.

Deliberately making it crackle as unburnt fuel is spat out on the overrun is the most addictive driving game sinceGrand Theft Auto.

It’s the little flourishes that create the bespoke vibe you expect from the Brits, like the intricate broguing on the seat cushions and the headliner, or the company logo stitched into the headrests.

If this isn’t tailored enough for your palate, Aston’s design-butlers offer their ‘Q by Aston Martin’ service, allowing customers with very deep pockets and very long arms to personalise and spec their car’s interior.

Surprise of the month: nothing with the word ‘Aston’ on it comes cheap. The DB11 V8 will set you back A$368,000; the V12 A$403,210. But the V8 is worth every cent. Please, then, check your vital signs if you’re not already thinking of ways to unlock the money. You may actually be dead. Or at least in serious need of a siesta.