The luxury sports SUV segment is heating up and Aston Martin’s contender is no pretender, thanks to its sleek and aggressive off-road stance. The real question is whether it can perform as well as it looks. When Aston Martin outlined its ‘Second Century Plan’ – the creation of seven new models in seven years – back in 2015, many thought it was overly ambitious for a brand that has ventured perilously close to the edges of bankruptcy numerous times in its 107-year history.

Fast-forward to 2020 and the British marque has seemingly shaken off any doubts by unveiling its fastest-selling car to date, the Aston Martin DBX.

Heralded as a new era in the British luxury car maker’s growing portfolio, the DBX aims to offer performance, style and usability in a segment it has never explored. Early sales figures seem to indicate that Aston Martin is onto something good with 1,800 units already sold since the DBX’s official launch back in November 2019.

Even more surprising is the car’s availability in Australia and New Zealand with allocation already exhausted in the Asia-Pacific region, according to Patrik Nilsson, President Aston Martin Asia Pacific

“We have seen very strong interest locally from existing customers, and excitingly a high proportion represent owners who will be new to the Aston Martin lifestyle,” he says.

“For this group, the DBX demonstrates the very best of what an Aston Martin can offer, with more practicality than before.” 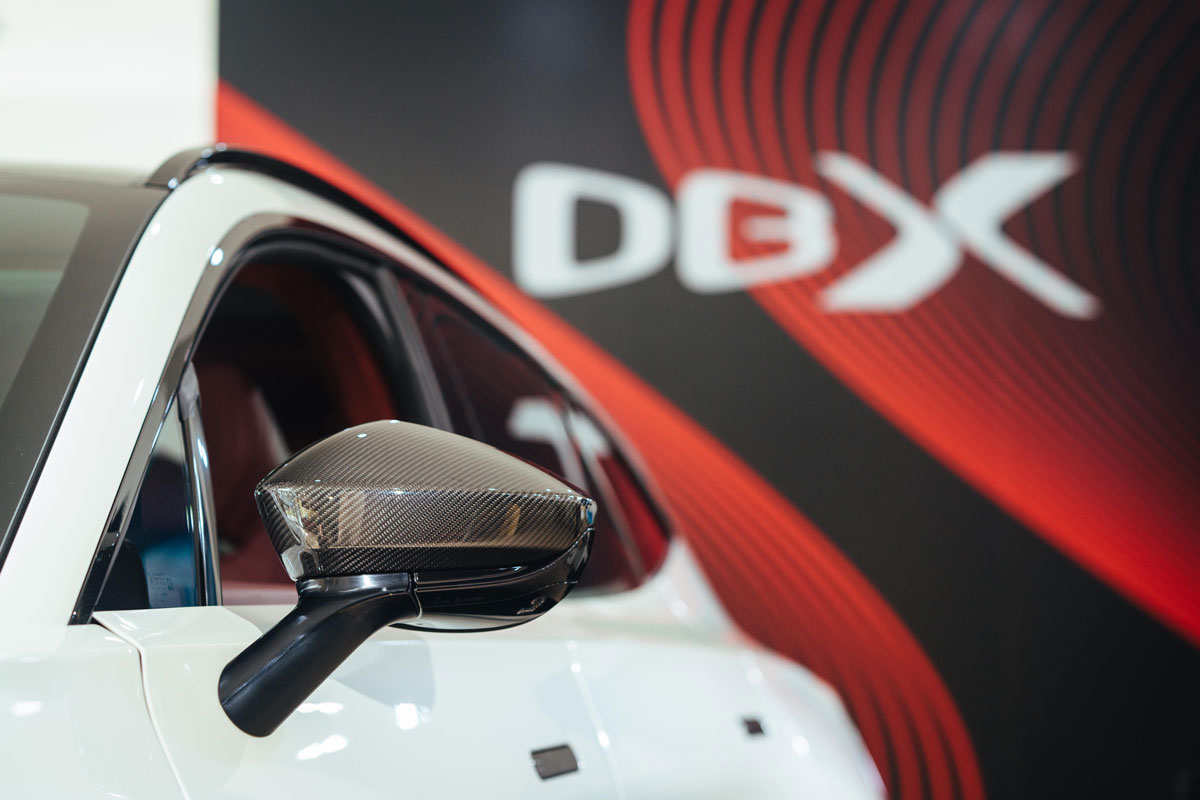 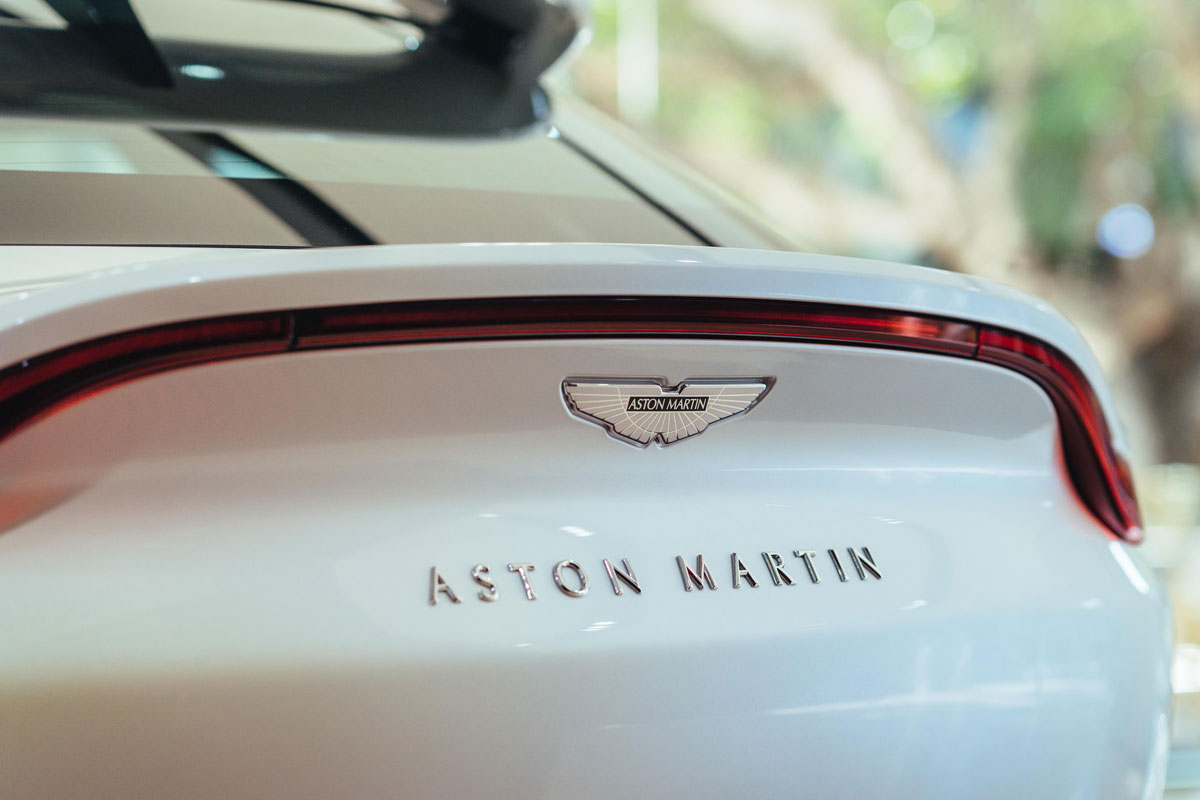 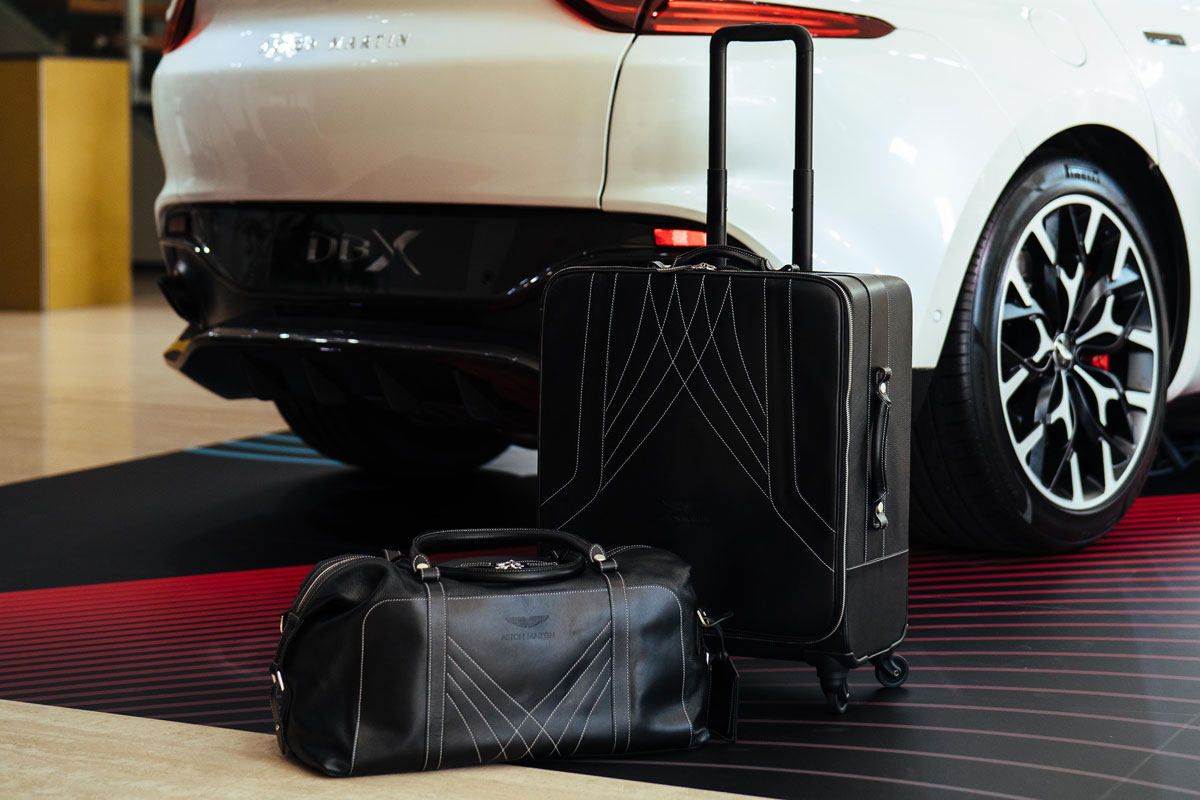 The formula for creating such a car is no short-term improvised vision either. Aston Martin built an entire factory in St Athan in Wales dedicated to producing the DBX, a move which is rarely seen across the sector and, more importantly, a hint at the product’s long-term lifecycle plans for upgrades.

Fundamentally, the DBX will sit on a standalone chassis designed from the ground up – not borrowed from any other platform of the Aston family tree. This ensures the car will behave and drive exactly as the engineers intended it to. The use of bonded aluminium throughout the SUV’s body will help retain stiffness whilst remaining light in weight. It will also aid in maximising cabin space, a requisite of any modern performance SUV.

Under the bonnet is a 4-litre twin-turbocharged V8 engine borrowed from Mercedes-Benz that’s currently also found in the DB11 and Vantage.

In the DBX spec, the engine is tuned to deliver 405kW of power and 700Nm of torque. Those figures are down on Lamborghini’s Urus SUV figures ,which sees 478kW and 850Nm. But just think of this slight deficit as a scalpel versus a hammer. The DBX still manages a 0– 100km/h time of 4.5 seconds.

Along with an active exhaust system, which can sing or hum along quietly at the driver’s demand, the DBX also comes with cylinder deactivation to save fuel in start-stop traffic.

Inside the cabin, there’s enough space lined with premium plush leather for up to five adults while, out back, there’s 632 litres of boot space. A narrow load sill and broad aperture allow for a variety of luggage from suitcases to golf bags and ski equipment.

In-car entertainment is handled with a central 10.25-inch TFT screen flanked with Apple CarPlay, a 360-degree camera system and ambient lighting offering 64 colours in two zones. The driver’s dash display comes in the form of a 12.3-inch TFT screen relaying all the vehicle’s vitals in vivid detail.

The safety specs are probably the most impressive with the DBX offering no safety options – the full suite of safety features will come standard across all DBX variants.

Digging a little deeper, we wanted to find out whether Aston Martin had any plans to extend the DBX line to more extreme performance variants under the AMR (Aston Martin Racing) banner in order to take on the likes of Lamborghini’s Urus, Bentley’s Bentayga or even Jeep’s Grand Cherokee Trackhawk with a preposterous 527kW. The answer?

“I can’t comment on what the future models are, but obviously we built the whole factory around it,” says Nilsson.

“It’s a huge segment for us. Traditionally we’d have variants of a car. Any other model of that sense. But you won’t see a DBX Volante (convertible),” he laughs.

From the “Valkyrie all the way to Lagonda prototypes, we definitely believe Aston Martin has a wider appeal.”

Owners of the DBX will be treated with the same high calibre of service as all other Aston Martin vehicles. Given that some DBX owners may take their cars off-road, Nilsson doesn’t believe that this will affect how often the car gets serviced in any way. “We don’t expect any shorter servicing intervals with the DBX,” he adds.

Local customers keen to get on the DBX waiting list will have to fork out A$357,000 (plus on-road costs) with deliveries commencing mid-2020.

Read next: Aston Martin’s first ever SUV comes with a 291km/h top speed