The British luxury marque has taken its first ever SUV and dialled up the exhilaration to unprecedented new levels in the DBX707. 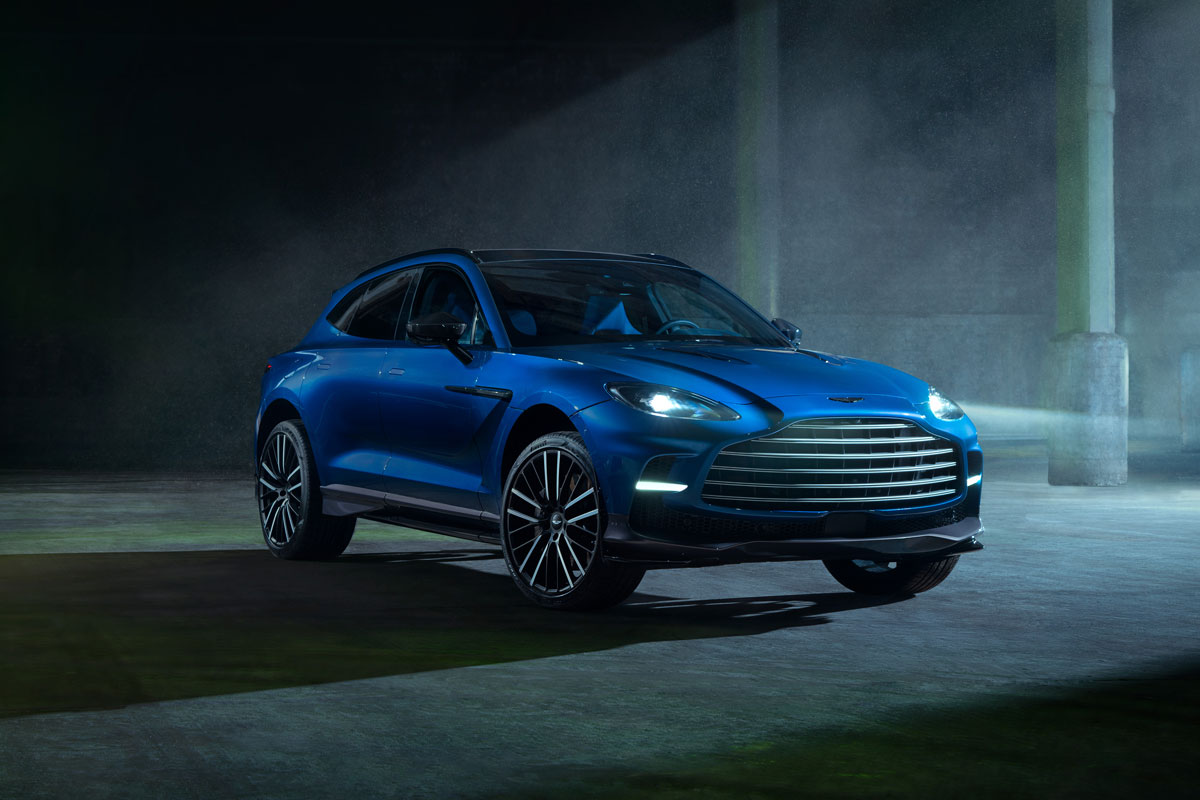 In an age where electrification, alternative fuels and green energy trends dominate headlines, British luxury carmaker Aston Martin is making sure that the humble internal combustion engine sees a few more milestones in its era before its eventual retirement. The formula for going out in style? Power – and lots of it.

The DBX was already a formidable performer in the luxury SUV segment, having proven its credibility to seamlessly transition between urban and off-road environments. Topping that is no easy task so the Gaydon-based marque opted to create the world’s fastest, most powerful and best-handling SUV instead. The result is the DBX707, an SUV which looks almost similar to its standard form albeit with a host of radical enhancements happening under the flowing bodywork. 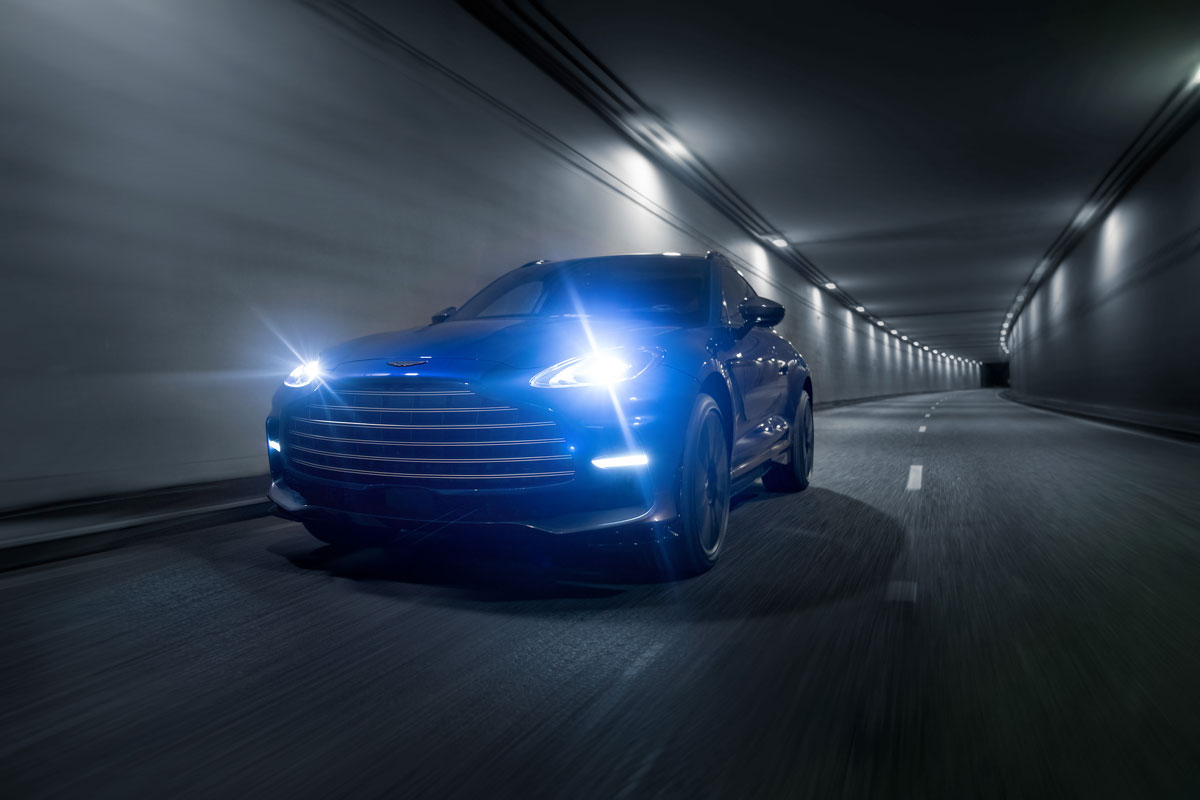 The DBX707 moniker is derived from the model’s revamped power output which now sees 707 PS and 900 Nm delivered by the Mercedes-AMG sourced 4.0-litre twin-turbocharged V8 that’s been tuned to its maximum potential by Aston Martin engineers. On a more technical front, these include new ball bearing turbochargers and a bespoke engine calibration to liberate more power and torque. To harness this newfound performance onto the road, a nine-speed ‘wet clutch’ automatic transmission is now employed over the standard to ensure its blistering performance is matched in driveability. Faster gear changes that are more responsive ultimately delivers the driver an increased sense of control – a characteristic more often found in sports cars than SUVs. This upgrade package is enough to see the DBX707 move from 0 to 100km/h in 3.3 seconds.

While straight line performance comes naturally, stopping power and handling prowess has also been meticulously brought up to standard. Carbon ceramic brakes come as standard with improved brake pedal feel and response to ensure greater precision and driver confidence on the limit.

Other areas of enhancement include an updated electronic limited slip rear differential to handle the extra power while in corners. Intuitive torque distribution between the front and rear wheels also lends itself to better cornering agility, sporting feel and the dynamic character of a true sports car. 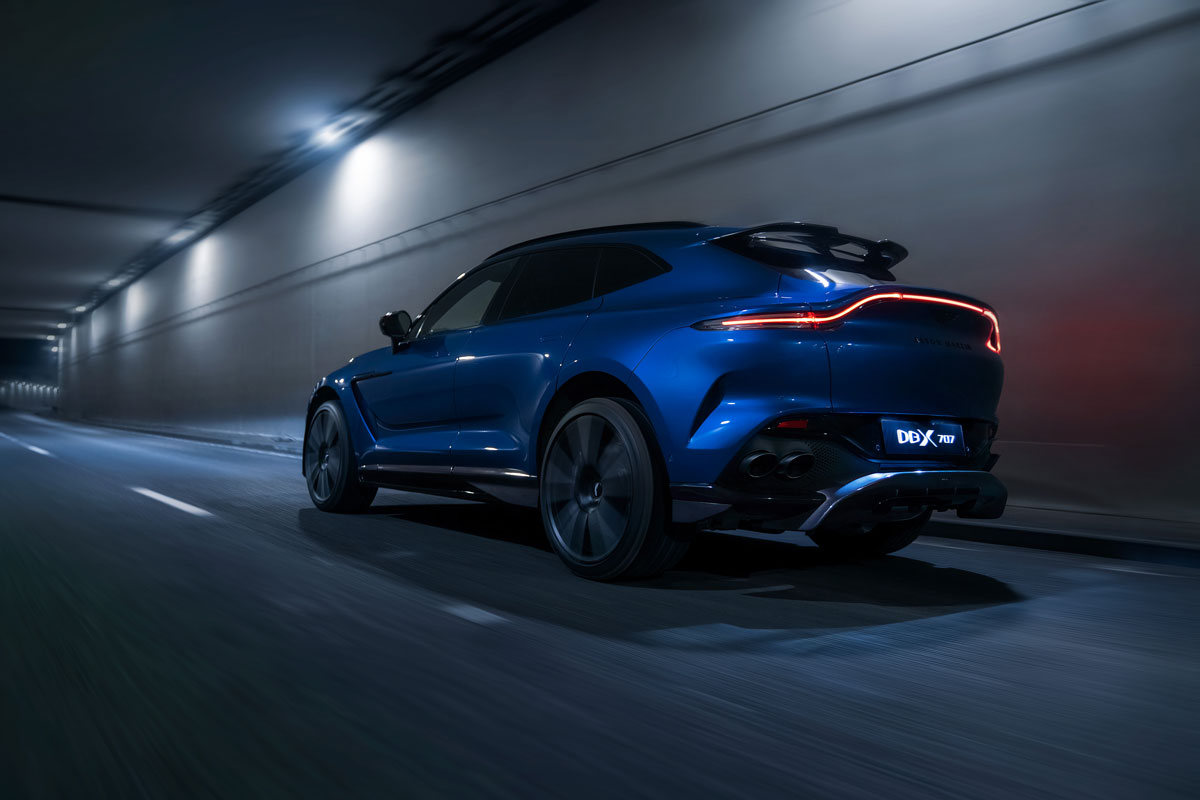 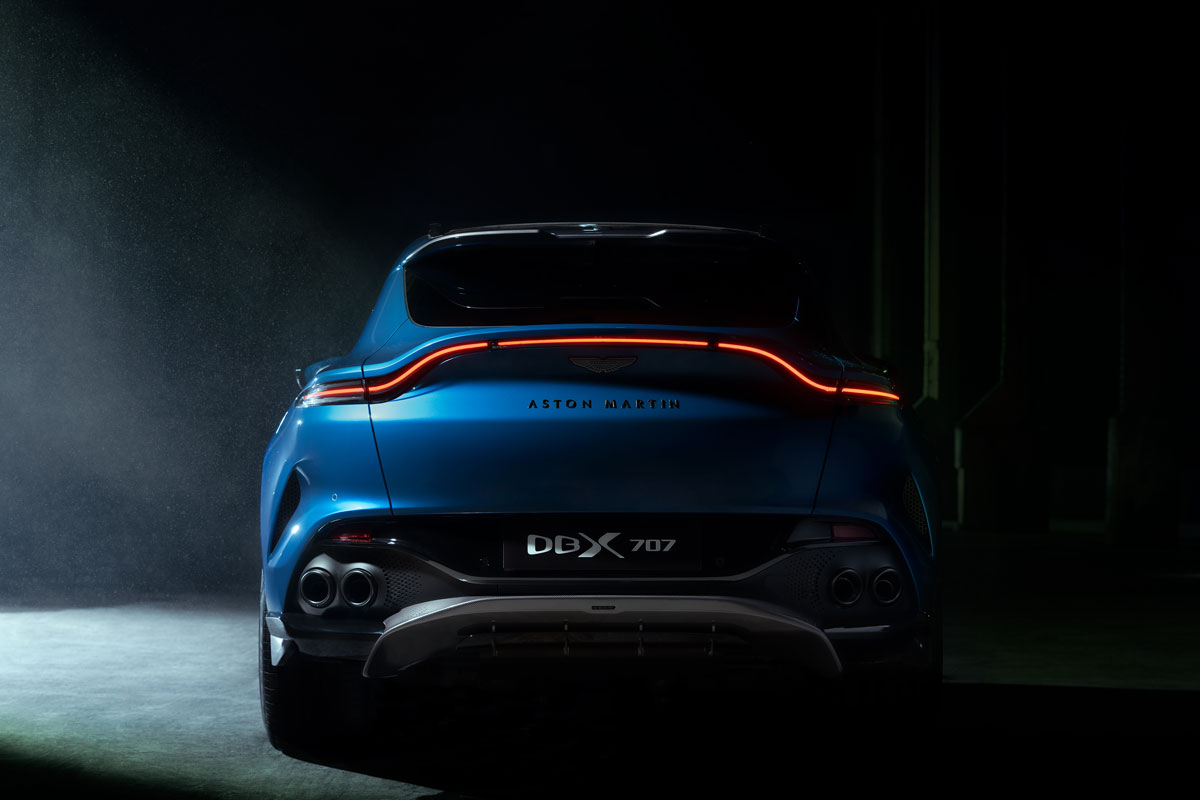 Making an SUV fast is one thing, but ensuring its viability in the most common driving environments is paramount. A host of technical improvements have been made to the dynamic balance of the DBX707. Most notably is the Dynamic Drive modes where “Race Start” is available in GT Sport and Sport+ modes to maximise off-the-line acceleration and truly showcase the enhanced performance.

Tying this together is the DBX707’s air suspension system. Retaining the basic architecture and triple volume air chambers of the highly compliant DBX V8, the DBX707 features a dedicated chassis tune optimised to its most uncompromising demands and objectives.

Aston Martin’s Head of Vehicle Engineering and Procurement, Drummond Jacoy, explained: “Creating the ultimate SUV presented formidable challenges for our engineering team. Too often this class of car is characterised by a thuggish obsession with brute force. With DBX707 our objective was to match immense performance with impeccable control and precision, combined with an authentic sporting character essential in every Aston Martin model.

“To this end we applied an uncompromising approach to every area of the vehicle. Engine, transmission, suspension, brakes, electronic systems and aerodynamics have all been subject to extensive enhancement and meticulous tuning. The result is a car which sets new standards and further distinguishes the DBX from its class rivals.” 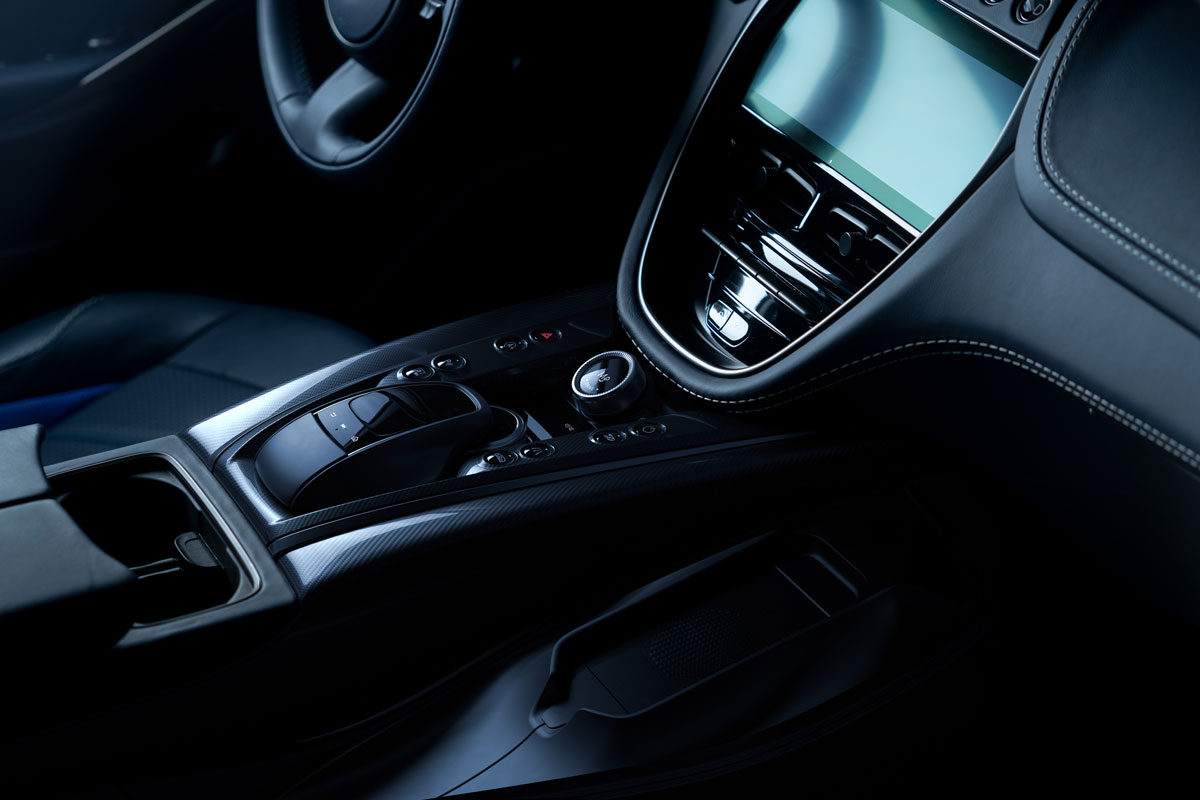 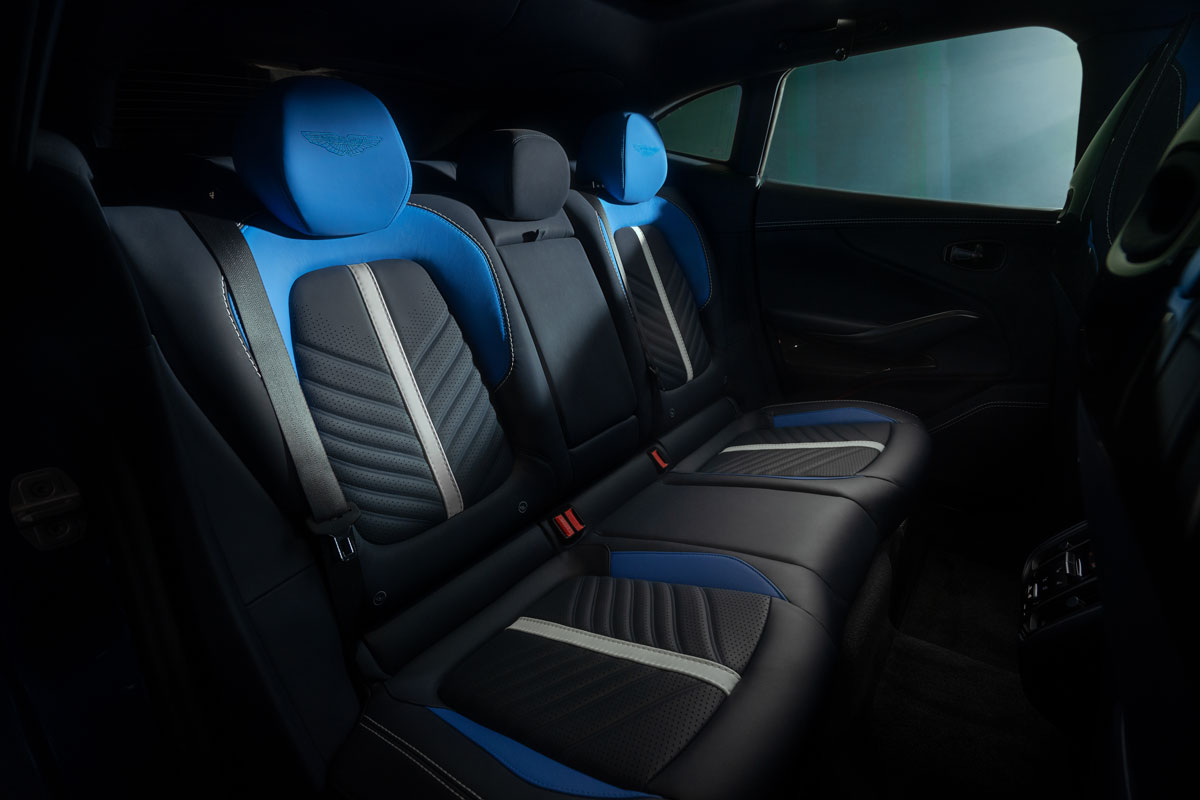 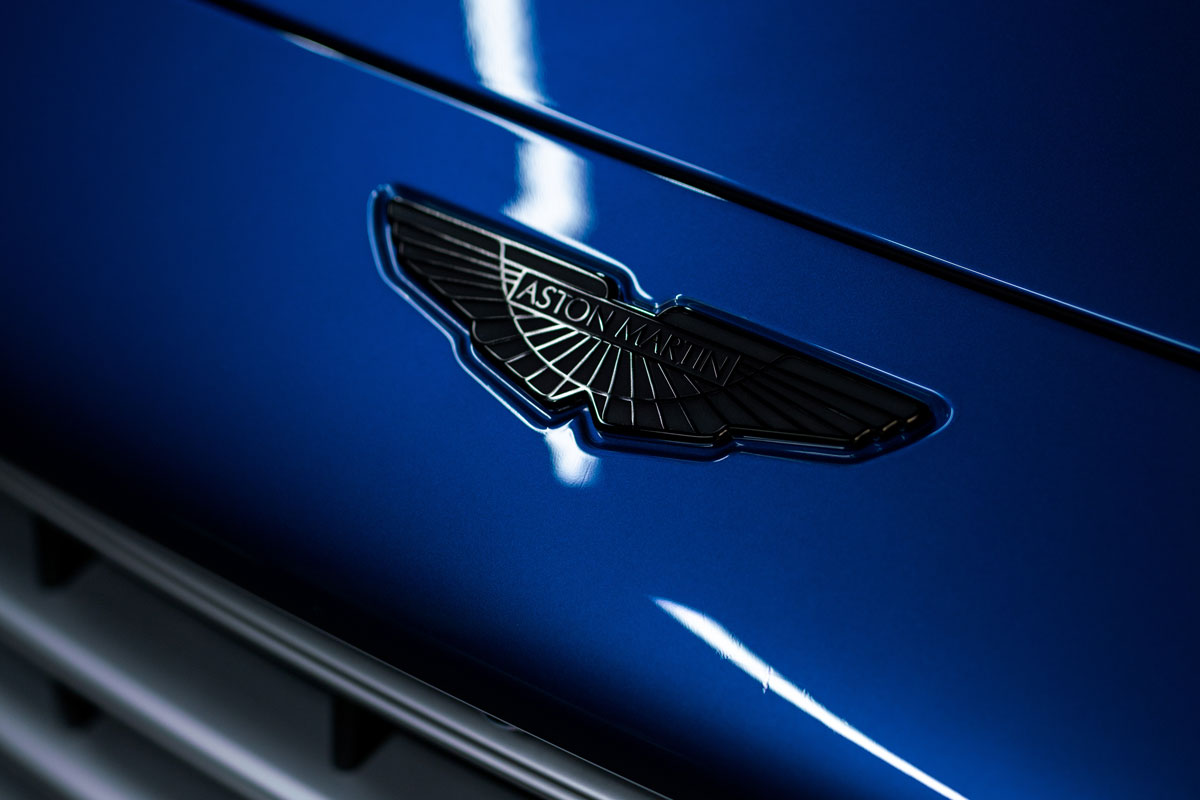 What will set the DBX707 apart from its standard trim is left to some bold details in the exterior design. A revised front-end treatment sees the DBX receive a larger front grille and all-new design of DRL complete with new air intakes and brake cooling ducts, plus a new front splitter profile. The satin chrome grille – enlarged to significantly increase cooling airflow to both the engine and new nine-speed transmission – now appears with double vanes in the form of six horizontal bars split to make this flagship model immediately identifiable.

From the side there are finer details such as dark satin chrome window surrounds and new louvred bonnet blades to match the front grille and gloss black splitter. The gloss black side sills are also much deeper and heavily sculpted to give the DBX707 a muscular stance when paired to 22-inch alloy wheels or the optional 23-inch alloy wheels offered in a choice of textured black or satin black with diamond turned highlights. Soft-close doors are an added bonus in the luxury department.

Finally, out back there’s a new lip spoiler added to the roof wing as well as significantly larger twin rear diffusers cradling the quad exhaust system.

Looking inside, passengers are greeted by a sporting theme that extends to sport seats fitted as standard while comfort seats are available as a no-cost option. Both seat options come with 16-way electric adjustment plus heating in front and rear as standard along with three choices in interior themes – standard-fit Accelerate with a mix of leather and Alcantara, Inspire Comfort and Inspire Sport. The latter trim features full Semi-Aniline leather complete with embroidered Aston Martin wings on the headrest, a contrast stripe down the centre of the seat and perforation pattern in the seat back and base cushion.

For those looking to take bespoke to the next level, the Q by Aston Martin customisation service can also be applied to the DBX707 to ensure that no other model is the same as yours. This is achieved with an extensive offering of palette of options, from unique graphics through to tinted carbons and bespoke materials on both the interior and exterior.

“Right from its first introduction the DBX has represented Aston Martin’s dynamic and design values in a way that proves not all SUVs have to conform to the same compromises,” says Aston Martin Chief Executive Officer, Tobias Moers.

“With the DBX707 we have pushed the boundaries in every area to create a car which sets new standards of performance and desirability. The fastest, most powerful, best handling and most engaging car of its kind, it propels Aston Martin to the pinnacle of SUV performance.”

Read next: The luxury SUV turning every journey into the most stylish adventure