Aston Martins, Ferraris and Porsches to go under the hammer

Automotive fans should make sure they’re in Gosford, New South Wales this weekend – the closure of the classic car museum is seeing more than 200 items go up for auction. 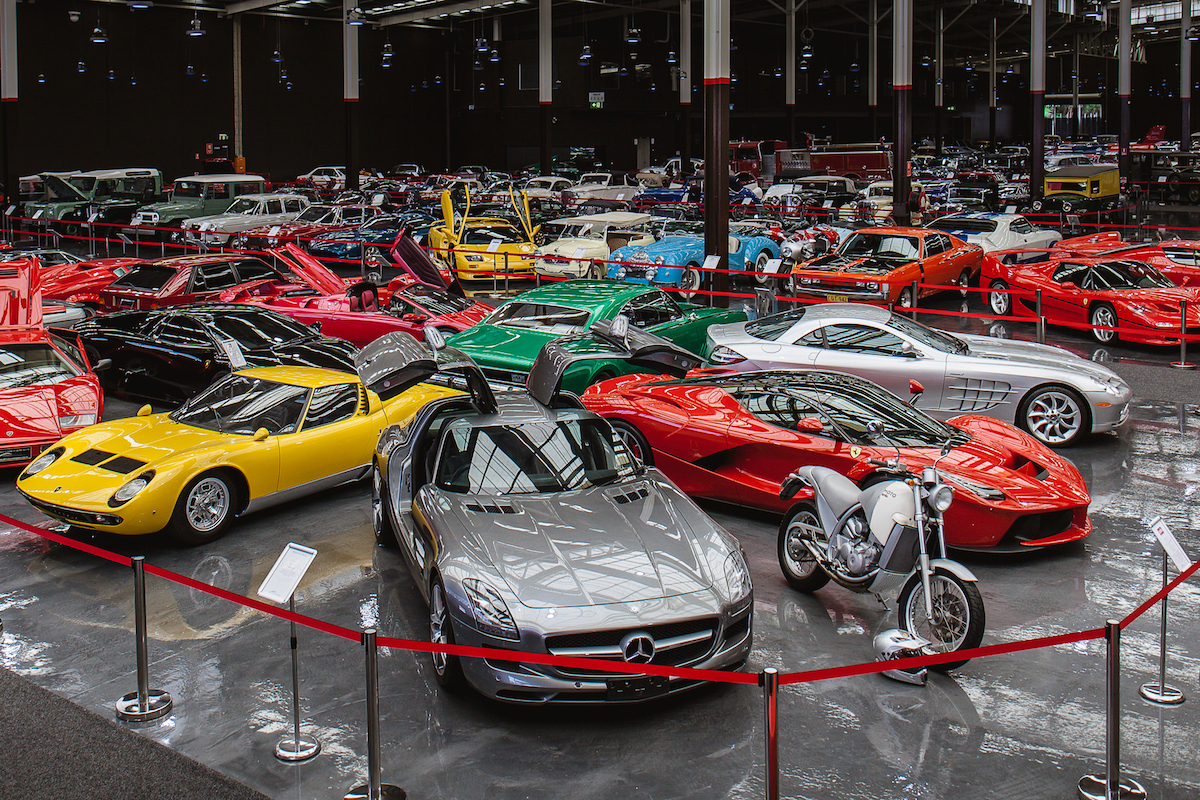 If you’ve ever dreamed of owning a classic luxury car, Gosford on New South Wales’ Central Coast is the place to be this weekend.

Though the Central Coast is a relatively quiet area, being an hour’s drive north of the Sydney CBD, an auction at Gosford’s Classic Car Museum has drawn considerable interest.

Thousands are expected to show up at the event, organised by Lloyd’s Classic Car Auctions, selected by the owner of the soon-to-close Gosford Museum.

COO of Lloyd’s Auctions, Lee Hames, says the auctioneer feels “extremely humbled” to be able to offer the 200-strong collection of cars, bikes and memorabilia.

“Interest in this auction is pouring in with strong bidding already commencing online and we’ve only published the auction on our website in the last few days,” says Hames,

Meanwhile, the success of the event has prompted the museum’s owner to bring seven high-value cars over from the US. These new additions add to an already sizeable number of vintage, high-class cars.

These rare must-haves for collectors are joined by numerous classic cars from across Europe, Australia and the US, with luxury models and motorcycles among them. Some of the other makes include Ferrari, Aston Martin, Porsche, Ford and Holden – a veritable cross-section of the greatest cars of the 20th century.

In fact, some of the cars were produced in Eastern Europe and even under the Soviet Union, which means many of the models are genuine pieces of history.

Many of the cars are expected to sell for upwards of A$1 million, with the entire collection predicted to exceed sales of A$30 million (according to enthusiasts). That’s not even including the cars being brought over from the US. 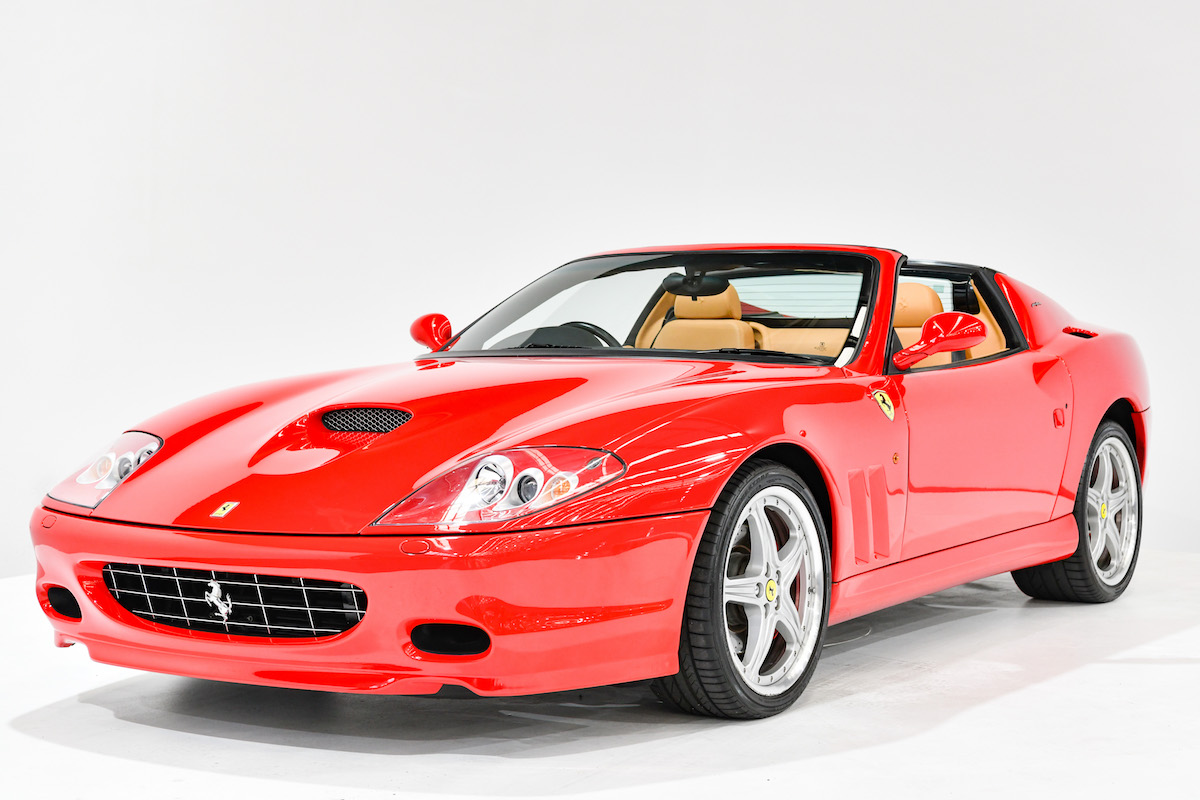 The Ferrari Superamerica 2006, just one of the many luxury models on auction this weekend.

The event is proving a big draw even for big names in motorsport. Alan Jones, former Formula One driver and the last Australian to win the Australian Grand Prix, is thrilled to be part of the event.

“I’m very excited to know that the owner has brought these very special cars from overseas back to Australia,” he says. “What an opportunity for car enthusiasts to see some extremely rare cars and have the chance to bid and potentially own one of these magnificent vehicles.

“This collection is one to never be forgotten. It is extremely special and admired by many collector’s and enthusiasts out there including myself. I for one am very excited to be a part of this collection’s journey and passing on these cars to the next custodians.”

Hosted in a repurposed Bunning’s barn, the 200 cars and bikes have apparently been “described by many as an immaculate collection that’s in a class of its own”.

“This impressive collection of classics is highly important to motoring enthusiasts and collectors,” says Hames. “Because there is such a wide range of cars from European, Australian and American classics, we are expecting thousands of people to show up – even more than the Brock Collection Auction we ran in October last year.”

“This impressive collection of classics is highly important to motoring enthusiasts and collectors.

There’s limited time to secure a ticket to the event, and the basic free tickets are selling out fast. But if you don’t mind spending a little more money (isn’t that why you’re going, after all?), you can secure VIP tickets offering the best seats in the house and catering.

It’s unquestionably worth it to be part of the Southern Hemisphere’s largest classic car auction. Many of the 200-plus items are still unreserved, and there’s nothing like an auction to get the blood pumping.

Memorabilia is being auctioned off on the Saturday (6 April), as a prelude to the main event on Sunday (7 April). And if you can’t make it to Gosford, the auction will also be broadcast online as part of a simulcast, through the Lloyd’s website and its Facebook page.

Hames, meanwhile, believes the mass of interest in the event is demonstrative of evolving tastes among Australian connoisseurs of classic automobiles.

“Not only is this an important indication that the classic car market is extremely strong here in Australia,” says Hames, “but it means we are also seeing a shift, in the popularity rising in American and especially European classics.”

Lloyd’s Auctioneers and Valuers is a Gold Coast-based company with more than a hundred years of experience in the auctioning sector. The company’s auction rooms are among Australia’s largest, with a dedicated 18,000 square metres of space. Backed onto the Carrara Markets, which sees as many as 30,000 qualified buyers each weekend, Lloyd’s Auctioneers and Valuers offers far more than just cars – upcoming auctions include mattresses, welding consumables and a collection of spirits and alcohol.