With luxury pedigree already built into its British DNA, Bentley focused on sharpening the Bentayga’s agility and presence with striking performance upgrades.

Step back 20 years and you’d be hard-pressed to find an SUV that was capable of delivering race car performance with impeccable levels of refinement and luxury. Times have definitely moved on with just about every luxury marque today boasting its own performance SUV. The Bentayga S is Bentley’s latest answer to that movement, a sports model that enhances the highly capable Bentayga platform with a new muscular design, sharper driving dynamics and bigger power. The Bentayga model first made its debut in 2015, so it’s taken a while for the Bentayga S, the first of its kind, to arrive on showroom floors. Good things take time though and Bentley has ensured that this is the case starting with the vehicle’s exterior design.

On the visual front, the Bentayga S features a revised body profile over its standard trim with a slew of blacked-out details. Gloss black graces the side sills and front and rear bumpers while a more prevalent rear wing adds to the muscular stance and overall aerodynamic performance. Black ‘S’ insignia also graces the side of the doors while tinted headlamps and tail-lights, black door mirrors and black split oval tailpipes complete the striking exterior. Customers will also receive new unique 22-inch wheels with a choice of three finishes – silver painted as standard, with full gloss black or black and bright polished as options. The latter wheel is especially labour intensive with the rim first requiring to be ceramic polished before the bright areas are masked off to allow for gloss black paint to be applied. The final finish is a wheel polished by hand.

All of these elements add to a truly imposing presence on the road.

Power and elegance inside 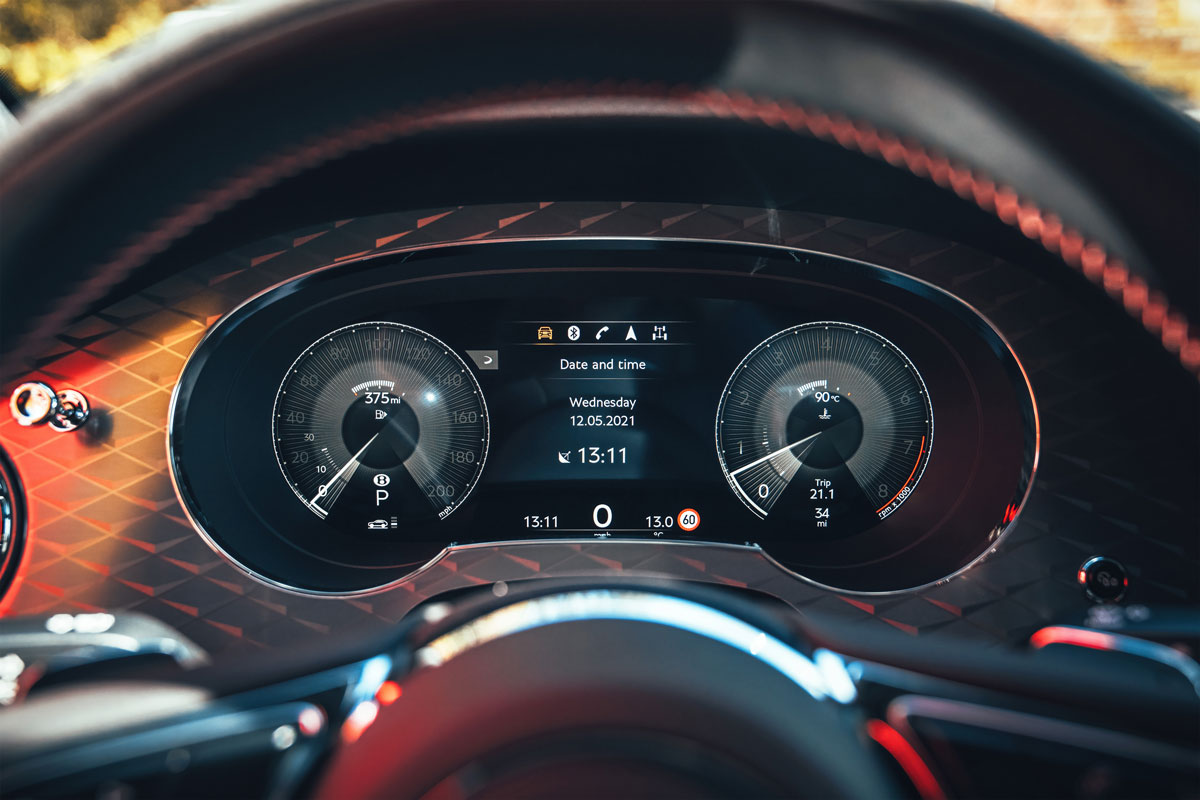 Versatility is handled with a new fluted seat design available in four, five and seven seat configurations. This revised seat provides a more sporting aesthetic with clean simple stitch lines through the shoulder areas. On the dashboard facing the passenger, there’s a unique and elegant fascia badge, which is further exemplified with Bentayga S tread plates that illuminate when stepping in or out of the vehicle.

In the instruments department, the Bentayga S shares a fully digital driver’s information panel with the Bentayga Speed. This showcases pronounced dial graphics that take influence from high-end chronograph watches. The display adds a contemporary look to the cockpit, it can be customised to the driver’s requirements and includes real-time lighting effects with elegant animations.

The high-resolution screen can be customised in either Classic or Expanded view formats. In Classic, the display shows the traditional two-dial design of speedometer and tachometer, while in the Expanded, the right dial is replaced with an area for maps and media information.

All of these fine appointments show off the talents of the craftspeople who design, engineer and build the Bentayga S from Bentley’s carbon-neutral factory in Crewe. 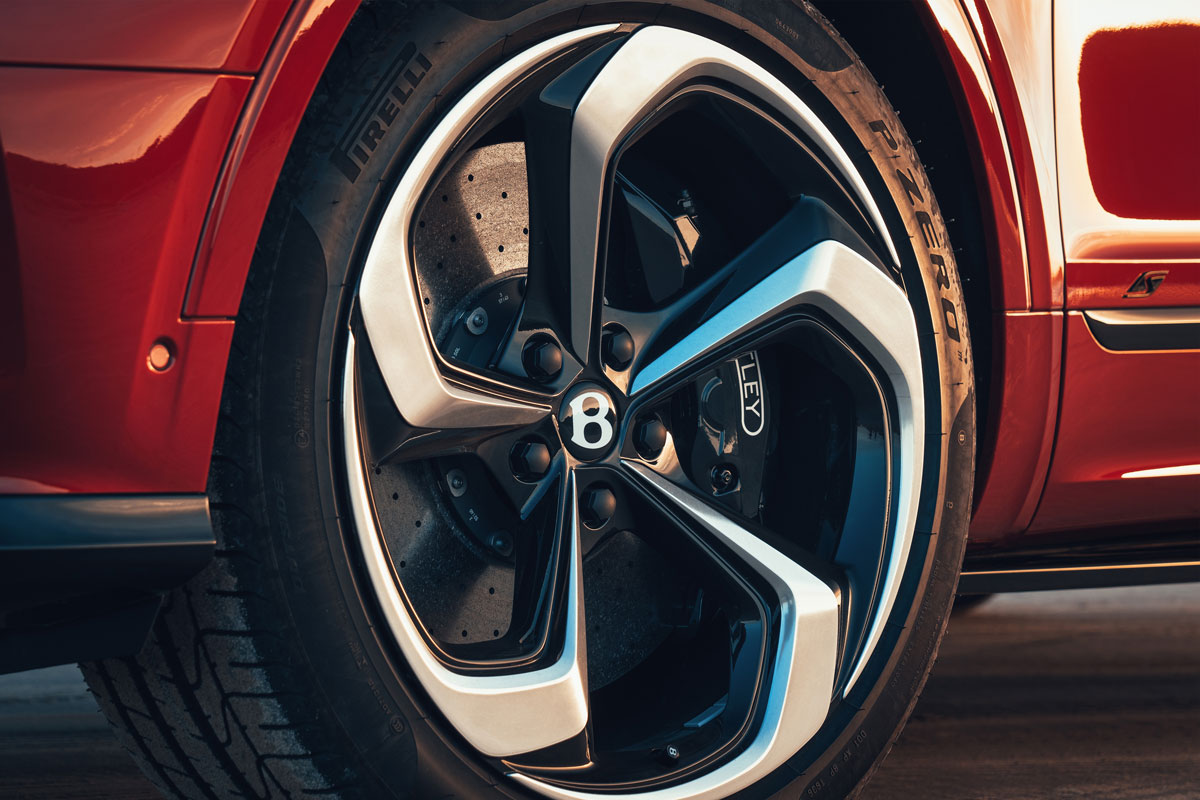 It can’t be an ‘S’ model without some serious performance upgrades and Bentley has ensured that this remains at the heart of their revised SUV. Focusing on delivering a more engaging drive without compromising luxury, the Bentayga S features the Bentley Dynamic Ride active anti-roll control fitted as standard and an enhanced Sports chassis mode. This mode provides a 15 per cent increase in damping, which stiffens the chassis and provides a platform for a more dynamic SPORT mode ESC tune. A recalibration of Bentley’s Torque Vectoring by Brake system also enhances the front axle turn-in, making the Bentayga S an even more responsive drive.

The handling is backed up by the marque’s renowned 4.0-litre, twin-turbocharged V8 petrol engine which manages to marry immense power with impressive fuel economy. The latest generation power unit delivers 404 kilowatts of power and 770 Newton metres of torque. That’s enough to see the two-tonne-plus SUV reach 0–100 kilometres an hour in a staggering 4.5 seconds before reaching a top speed of 290 kilometres an hour. This class-leading performance is complemented by a range of 654 kilometres.

Naturally, the Bentayga’s comprehensive off-road abilities remain even with the substantial hike in performance. The optional All-Terrain Specification brings four dedicated off-road modes (Snow and Wet Grass, Dirt and Gravel, Mud and Trail, and Sand) along with a 500-millimetre wading depth.

The final touch in this department is a new standard sports exhaust that improves flow and sound to really establish the bullish character of the Bentley Bentayga S.

Visit Bentley to register your interest.