Can there ever be enough of the famed German marque? Here’s what you need to know about the pace, luxury and bling of the BMW 8 Series to help you decide. 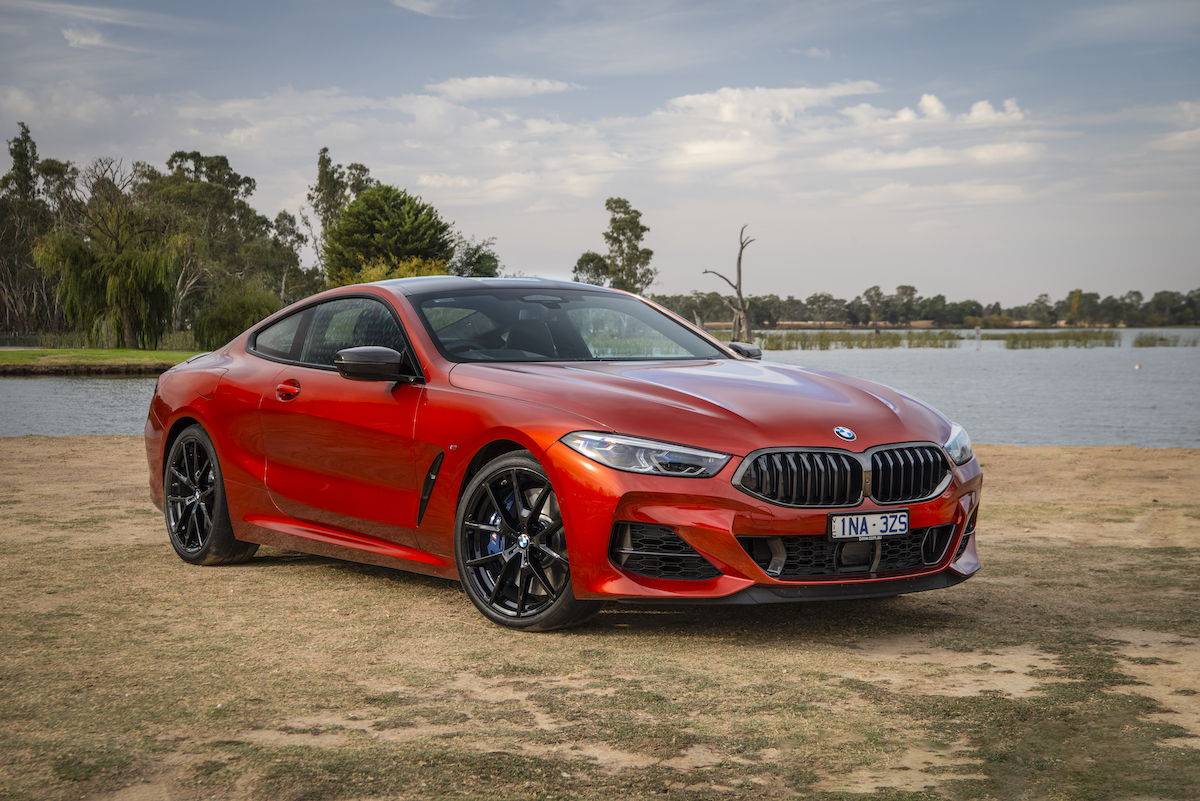 One of the many, many tough things about being a man that women rarely appreciate, or empathise with, is that it’s so difficult for us to wear or enjoy jewellery.

Frankly, gold chains nestled in chest hair should be illegal, pinky rings are just gauche awful and earrings were only ever acceptable on George Michael. This is why watches are such big business – they are the only way a fellow of fine standing can flex a bit of bling without looking like a tragicomedy.

Fortunately, the good people at BMW are well aware of this problem (although when you come to think of it, a car key is a kind of jewellery piece, yet only Aston Martin, with its old crystal key fobs, has ever truly appreciated this, while Beemer ones are a bit bland) and has decided to incorporate some highly visible sparkly action into its new 8 Series.

The 8 Series, we should explain, marks the return of a nomenclature that went missing from the BMW line-up some years ago (it roamed the earth, or at least Monaco and Miami, from 1989 to 1999) and the old one, with its dated pop-up headlights and decidedly old-school V12 engines (which are now probably illegal) is rarely ever seen today. 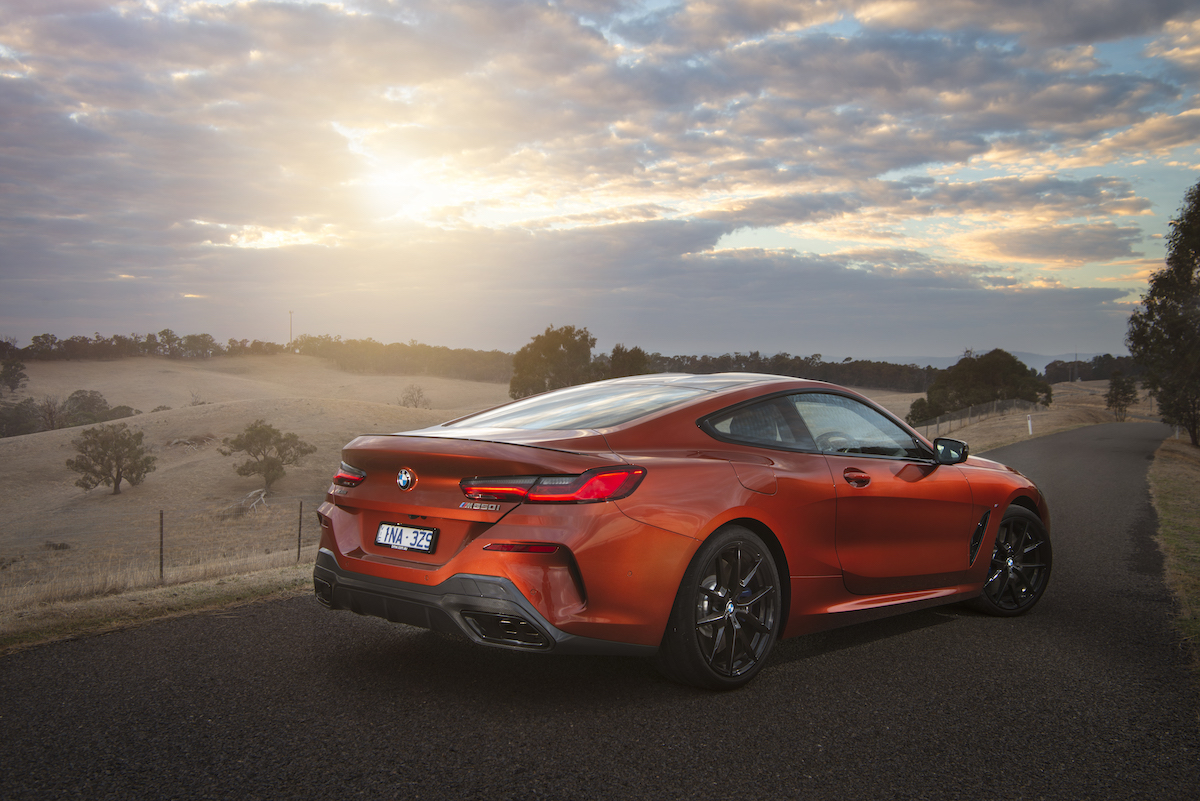 It is a grand tourer in the grand old tradition, meaning it is big, heavy, vast, expensive, luxurious, enormous and very, very fast.

At first glance, it looks as though the gear knob on this new 8 Series has actually been hewn from a piece of crystal, which would be some kind of jewellery, a piece that a man could easily show off. Its multifacets shine in the sunlight and buried inside is the number 8, which shimmers in different shapes depending on your eye line. It really is quite spectacular and something owners will hugely enjoy.

It turns out it’s not quite crystal expensive, however, because the gear lever – and the iDrive controller, start button and even the volume knob – is actually an example of what BMW calls its “glass controls”.

They add both a distinctive look and feel to what is already a very high-end cabin for the Munich-based company, and one that separates itself nicely from the rest of the range.

It’s also neatly separated from all other BMWs by its prodigious pace. The 8 Series, which is powered by a 4.4-litre V8 engine that now makes more power than the gas-guzzling V12s it used to use (390kW and 750Nm), can explode its way from a standing start to 100km/h in just 3.7 seconds. 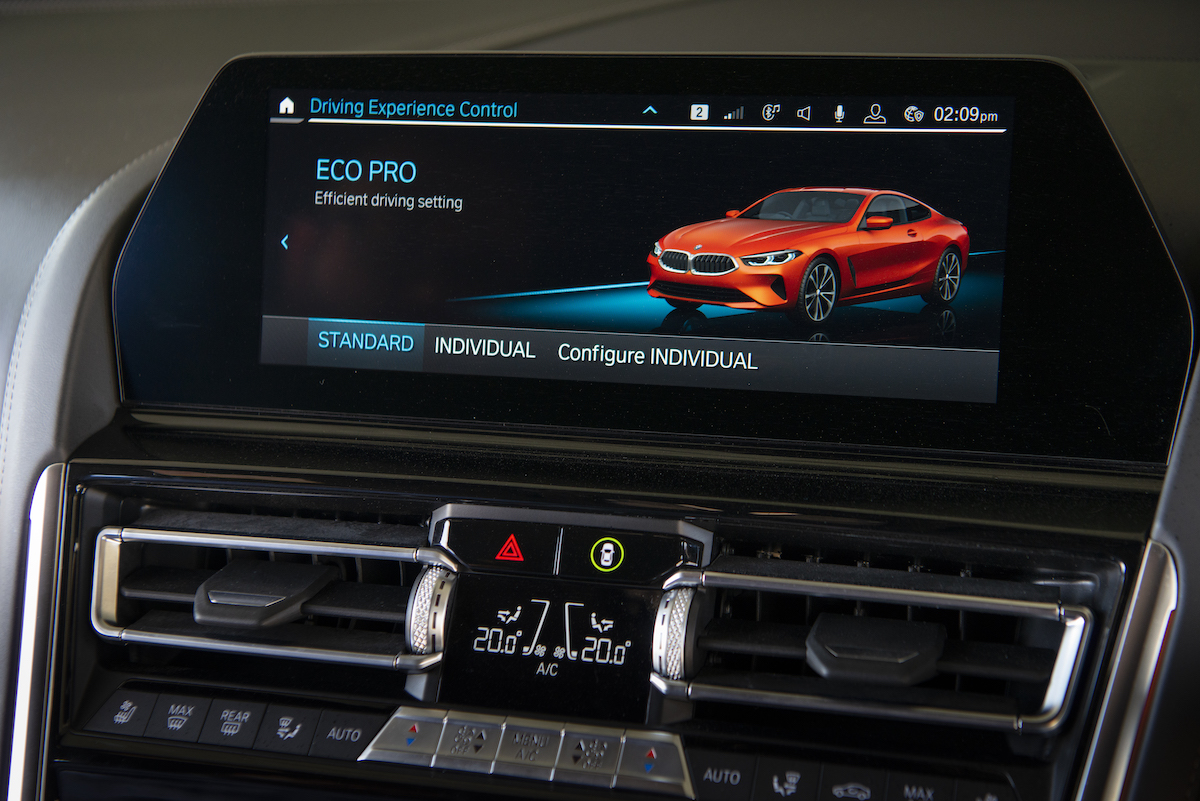 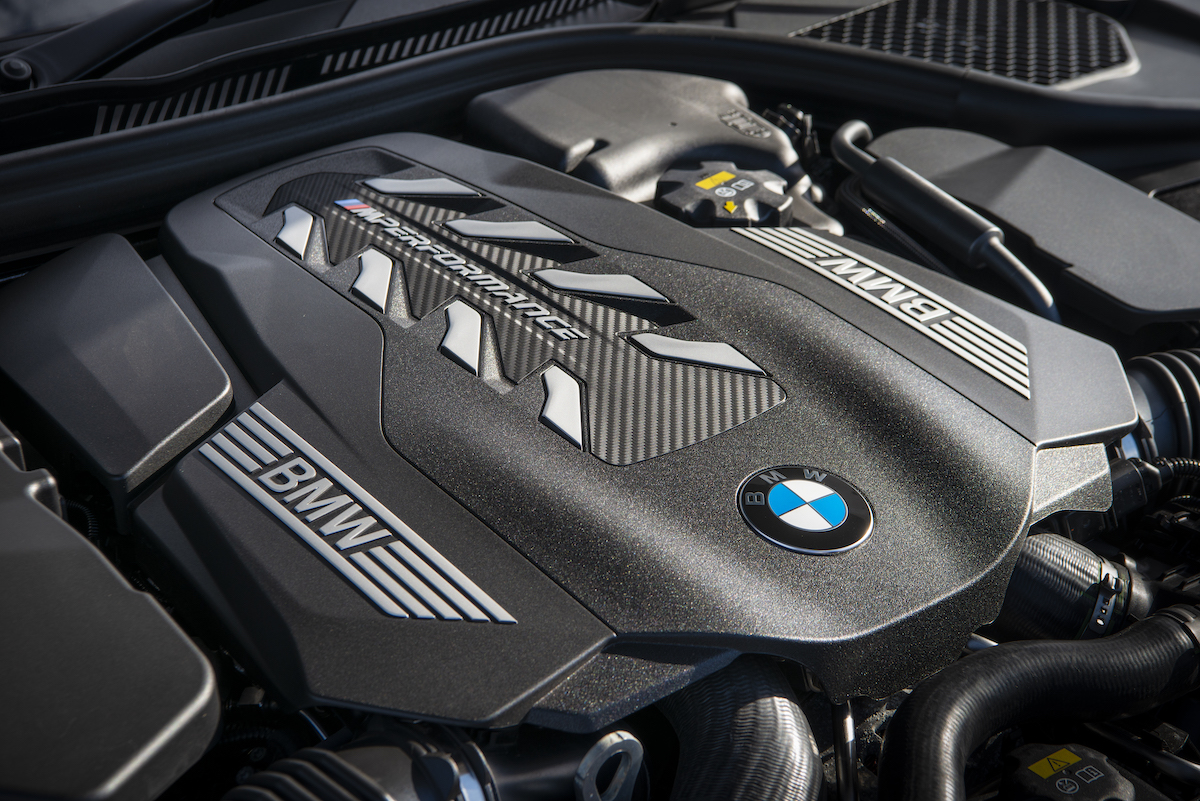 The fastest BMW money can buy

Not only does that make it just about the fastest BMW money can currently buy (both its i8 supercar and the excellent M3 Competition are half a second slower), it makes it a hugely hilarious thing to drive.

And that’s not just because anything that can get you to 100 in under four seconds will make you laugh involuntarily, it’s more the fact that the 8 Series, with its lashings of luxury on-board and its executive-office ambience, weighs 1.8 tonnes.

The experience of that much mass, albeit in a vehicle that is low to the ground and clearly sets out to look at least a bit like a sports car rather than a luxo-barge, getting up and going that quickly is eye-peeling.

The giant nose of the 8 Series genuinely seems to rear up in the air when you accelerate violently, then everything around you goes blurry and your hearing gets a bit furry as the big V8 bellows in delight.

The weightiness of the steering is in line with everything else about this very grand tourer and you really feel like you are not so much carving up winding stretches of road as belting them into serf-like submission.

That’s not to say it’s hard to drive, because the opposite is the case. It’s simply cruisy and, most of the time in a car like this – which is designed to traverse Europe, and the speed-limit-free German bits in particular, at high speed in huge comfort – the sensation would best be described as effortless.

What is impressive, however, aside from all that raw power, is just how capable the 8 Series can be if you want to drive it like a race car. It even sits fantastically flat through fast corners, belying its mass and simply refusing to body roll.

Clearly there’s a lot of very clever technology going on beneath you, but then this car has been fettled by BMW’s racy M division. That’s why its full name is the M850i xDrive – the xDrive means all-wheel drive, which is unusual in a BMW, but necessary to get all this grunt to the ground.

As you would expect in a car that looks like a rather posh jewellery shop on wheels, there’s a hefty price to pay. The basic M850i, before you start adding expensive options – fear not, the glass controls come standard – will set you back A$272,900.

You can also have a Convertible version, if you want to – although frankly it doesn’t look anywhere near as fabulous, nor as menacing – for an extra A$9,000.

When you’re paying a quarter of a million dollars for a car with a BMW badge, rather than an Italian supercar one, you want more than just pace and luxury, of course, and that little touch of bling really does help.