Inside the cockpit: behind the scenes at Mercedes–AMG’s F1 facility

Find out what Formula One racing really does to the human body with behind-the-scenes intel from Mercedes-AMG’s F1 facility. 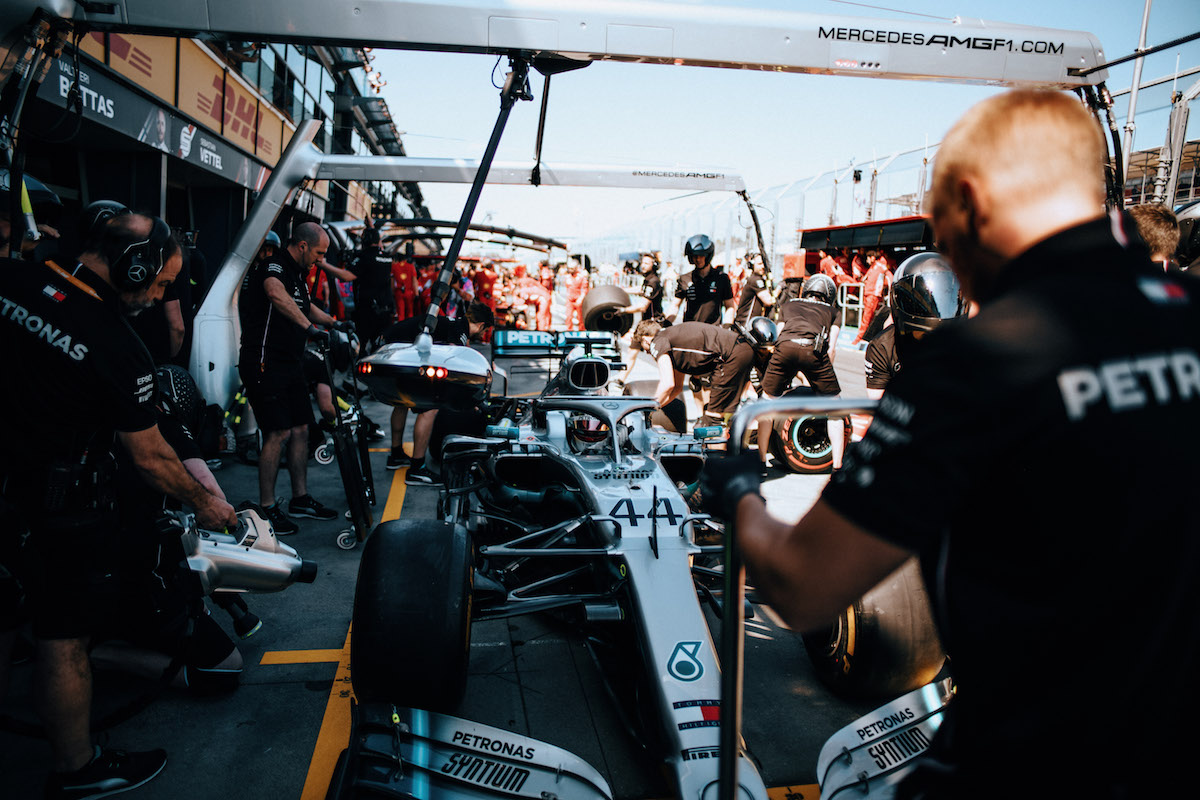 While it might seem counterintuitive to talk up the extreme physical fitness and mental strength of sportsmen who do all of their work while sitting down, the simple fact is that Formula One drivers are among the most mind-boggling superhumans on the planet. Freaks of nature, even.

The speeds they do are merely numbers, of course, scary ones – 330km/h, for example – but still, they’re figures most of us can’t actually comprehend. What is more stunning, as we discovered on a behind-the-scenes tour of Mercedes-AMG’s F1 facility, in Brackley, England, is what those speeds are doing to their bodies.

Our host, part of a hugely secretive team who, thus, can’t be named – so, let’s call him Mark – told us that Lewis Hamilton’s body was subjected to such savage G-forces at this year’s Australian Grand Prix that he had to drive through his own involuntary tears.

“As they brake at the end of the main straight the G-forces are so extreme that their organs are being squished, and this year Lewis told me that it was pulling the tears out of his tear ducts and he could see them splashing onto his visor,” Mark explained, with head-shaking awe.

“As they brake at the end of the main straight the G-forces are so extreme that their organs are being squished, and this year Lewis (Hamilton) told me that it was pulling the tears out of his tear ducts and he could see them splashing onto his visor,” – Mark

Around the long, left-hand Turn 10 in Melbourne, the drivers’ bodies were smashed by just under 5 Gs this year, which is particularly hard for the one exposed part of their bodies – the head.

“What that means is that, in the middle of the corner, Lewis’s head, which would normally weigh about 10 kilograms, is then weighing almost 50, so you can imagine how hard it is on the neck to hold that up,” our man said.

“When he first came to F1 racing back in 2007 Lewis had a 36-centimetre collar size, today he’s got a 46-centimetre collar. That’s typical of all drivers these days, their necks just go straight down from their jaw lines and they really have to train those muscles to do the job.”

The violence wrought on their bodies is truly terrifying and it’s also stunning to hear that when a driver “flat spots” a tyre, by locking up the brakes and leaving a kind of burn mark on the rubber, the reason they have to change it is not just one of grip, it’s because the vibrations it causes are so savage that “the muscle that holds your eyeball still in its socket can’t cope, meaning the drivers can no longer see the apexes of the corners properly so they slow down”. 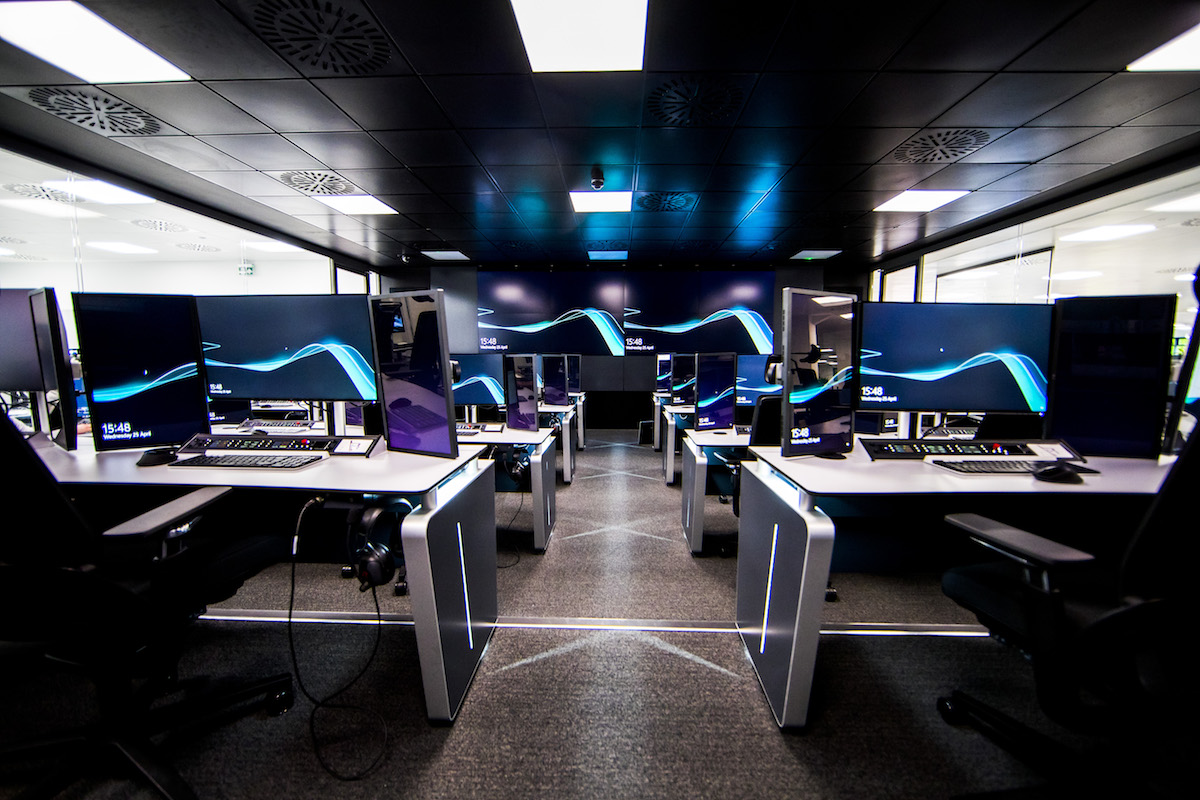 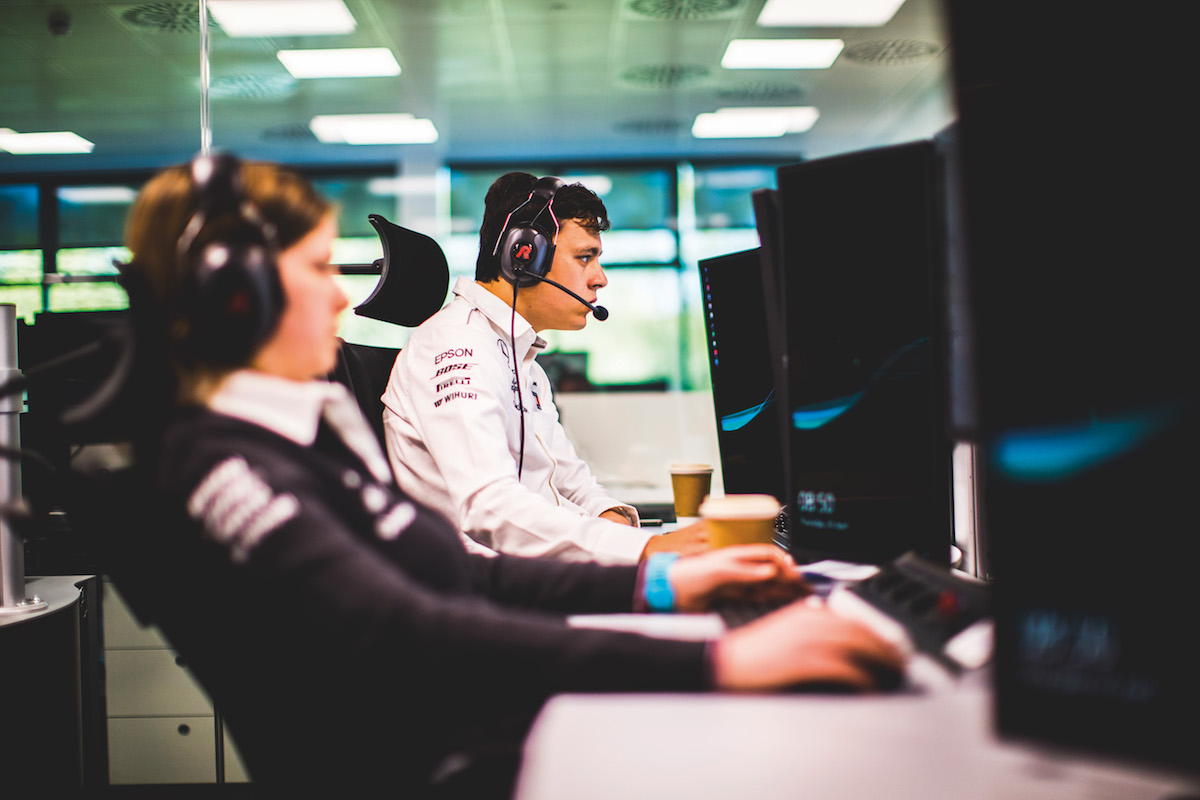 We were allowed to have a look inside the cockpit where Hamilton does his world-championship-winning work and, frankly, it looks about as comfortable as a carbon-fibre coffin.

To keep the heaviest part of a driver, his lumbar, as low to the ground as possible – thus helping lower the car’s centre of gravity – they are forced to sit as if they are in a bath, while the pedals are where the taps would be.

Hamilton’s seat also features almost no padding, so he feels every 300km/h-plus bump, right through his spine. Directly under his butt is the battery that powers the car’s electronic boost systems, which means his buns are also permanently being toasted.

“It’s brutal in there, because the seat is just hard carbon fibre – some drivers use more padding, but Lewis likes to feel what the car is doing, although he does complain about how hot his ass is,” Mark explains.

“It’s a huge battery underneath him – there’s enough power in it to run all the electricity needs of your house for 24 hours – so if you imagine your mobile phone when it’s running hot, but on a much larger scale, that’s what it’s like.

“In Singapore, which is a very hot race, the heat off the battery meant it was 55 degrees Celsius in the car.”

That, of course, means they sweat, a lot, with the average driver losing as much as 4 kilograms of fluids during a hot-weather race. This means that, as overjoyed as they tend to look on the podium, F1 racers are completely battered by the end of race, so much so that the sport has strict rules about how heavy its trophies can be, to be sure the drivers can lift them.

It’s also problematic because, according to Mark, you lose about 10% of your brain function for every kilogram of fluid you sweat out, which means they’re only running on about 60% mental power by the end of a race. 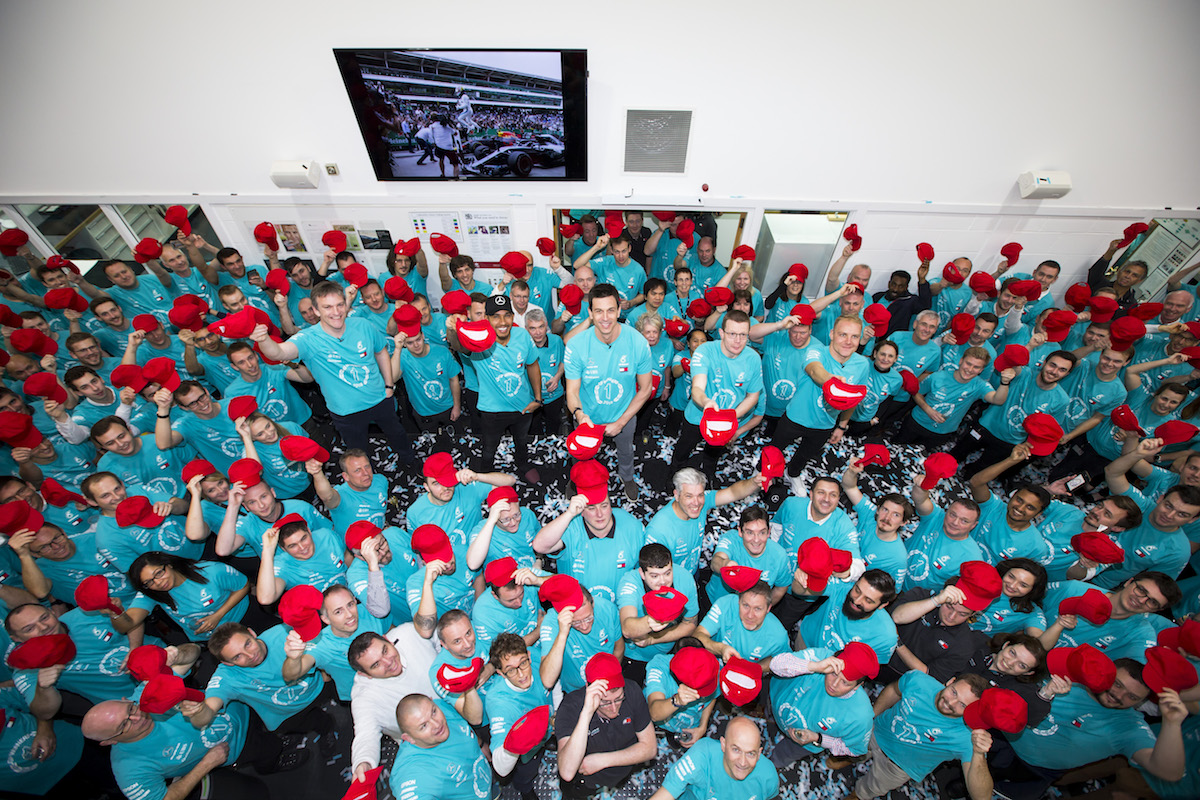 And as physical as F1 driving is, it’s also a hugely mental pursuit. We were allowed to hold one of the steering wheels used in the Mercedes racing cars and to have at least some of it explained to us. The wheel features 25 buttons and dials and offers the driver more than 500 different settings.

As well as making dozens of gear changes per lap – each one of which happens 50 times faster than the blink of an eye – the drivers are constantly adjusting the brake balance and the car’s differentials, to adjust its handling.

As complex as the steering wheel is, of course, it is merely the tiniest sliver of how technologically advanced a Formula One car is. There are 1,600 people who work full-time on making these vehicles as fast and reliable as possible, and that’s just one team.

The Mercedes-AMG factory features a wind tunnel and composites factories that pump out new parts for testing, over four shifts a day, seven days a week.

“The car that starts the first race is not the same as the car that finishes the last one and if you’re not constantly improving, you fall behind – last season we’d gained two seconds over the course of the season – if we hadn’t done that, we’d be two seconds behind everyone else and that would mean finishing last.”

And that would, of course, be an awful waste of all that suffering the drivers go through.