La dolce vita: Why you need to drive a Maserati on its home ground

What do you get when you cross one of Italy’s most beautiful cars with one of its most picturesque regions? One of life’s most unforgettable experiences. 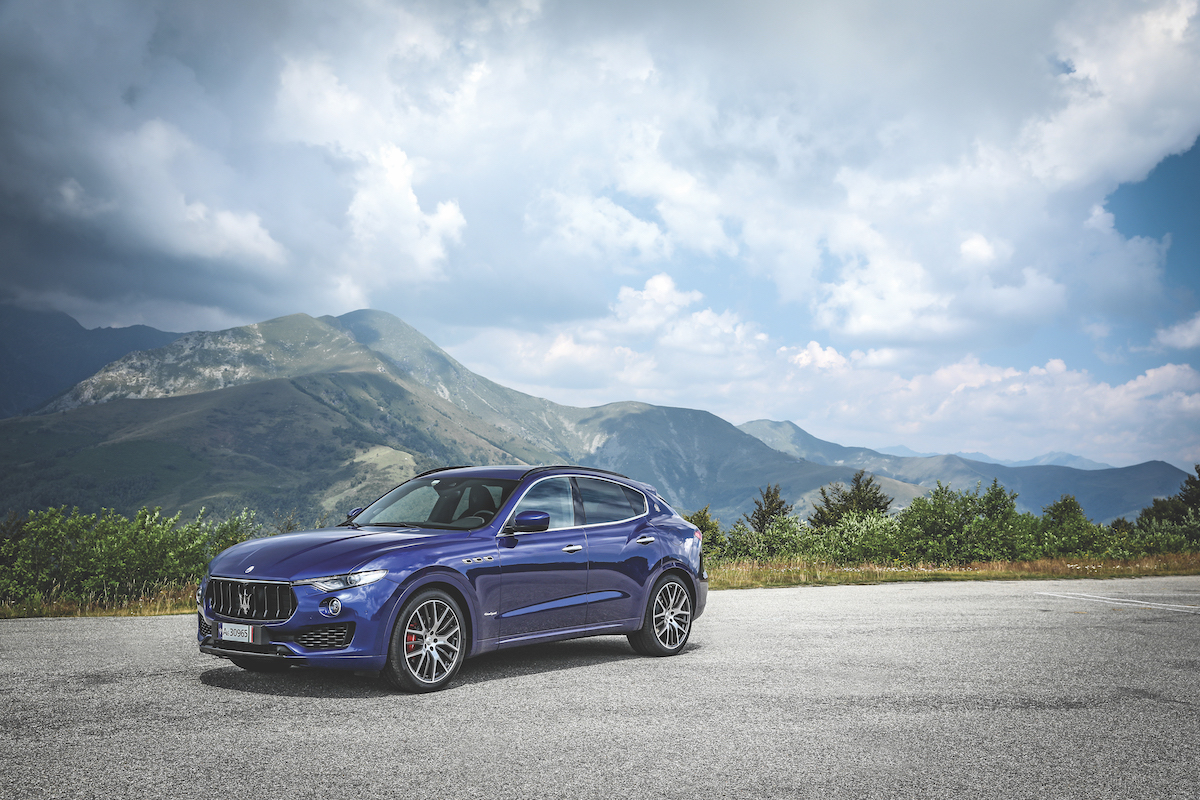 Life, they say, is like a box of… only kidding, it is but, a series of surprises. Some are good, some perhaps not-so-great, and some are truly exceptional. Like when you find yourself travelling through a tunnel high in the hills of Bielmonte, and the almost symphonic roar of the car you’re driving fills your ears and you’re surprised by just how thrilling it is. Like being on a super-luxe roller-coaster (with 600Nm of torque and 100 per cent pure silk-trimmed seats, no less) that you’re in complete control of. Who knew such an experience would make you want to involuntarily squeal with delight?

But then, this is Italy, and the car is a Maserati, so perhaps it’s not that surprising. We’re in a country that is driven by craft, with slow food and fast cars at its very heart, and we’re behind the wheel of a brand that is synonymous with heritage, craftsmanship, exclusivity and style. The CEO Magazine is part of an incredibly lucky, not to mention supremely stylish, Maserati convoy driving from the city of Modena to the municipality of Trivero to discover all that is great about Italy. Because, let’s face it, nobody indulges the five senses quite like the Italians. 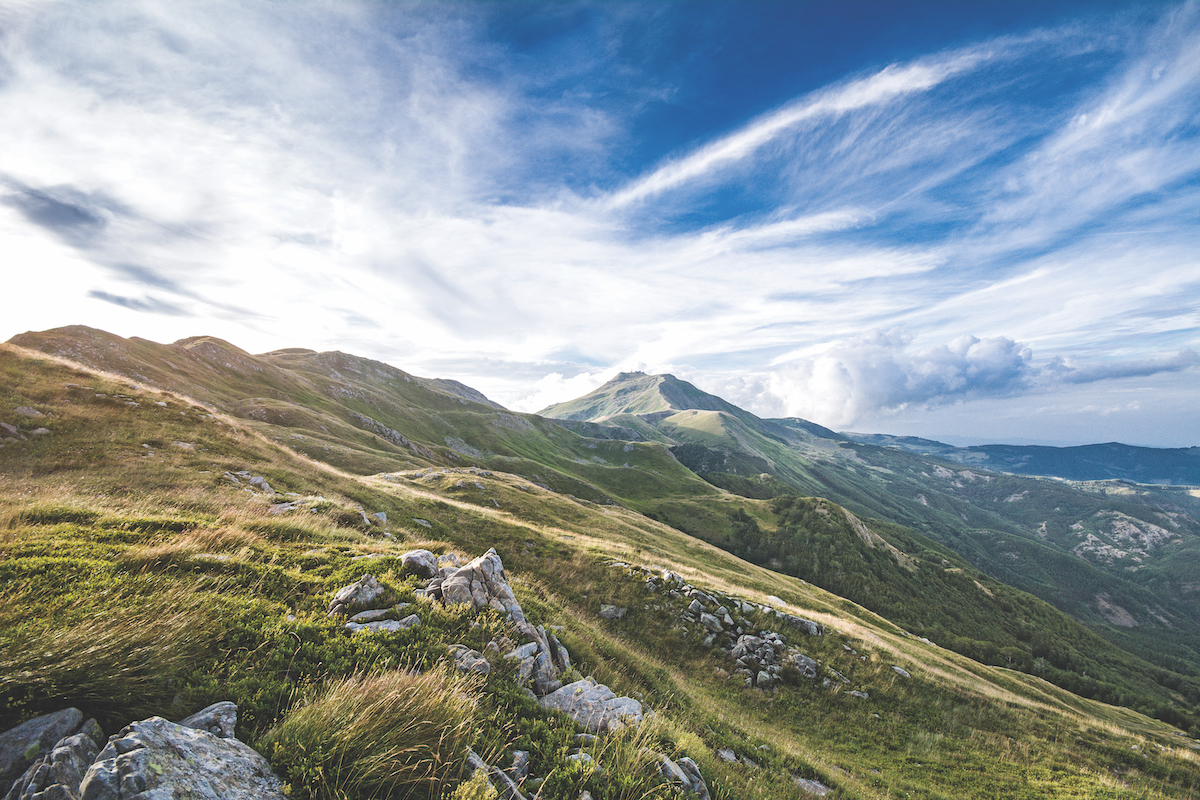 The hills (of Northern Italy) are alive with the sound of Maseratis...

We’ll taste the sweetest balsamic vinegar in the world, feel the softest leather beneath our fingertips, hear the finest sounding car on the road, smell the headiest scent of garlic in the air, and watch as the prettiest of late afternoon suns sets over a bustling piazza. 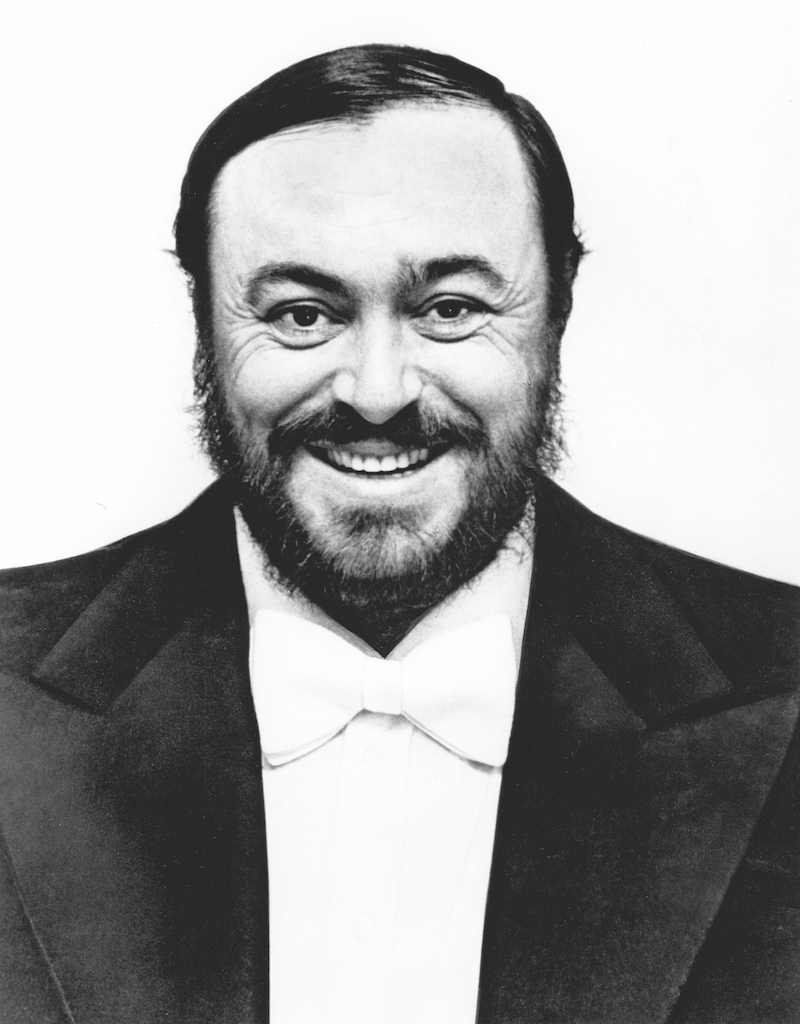 Our Italian journey begins in Modena, a city in the Emilia-Romagna region, home of the Maserati, and one of the country/world’s greatest operatic tenors, Luciano Pavarotti. With the aim of keeping alive the legacy of its beloved Maestro, the Pavarotti Foundation created a permanent monument to his memory by turning his Modenese villa (the place where he lived in the final years of his life, and where he died in 2007) into a museum.

Prettily perched in the countryside on a one-lane road some 8.5 kilometres east of the city, the modest 12-room home is dedicated to various aspects of the singer’s extraordinary life; from his many Grammys and Emmys to his stage costumes to personal letters from Frank Sinatra, Bono and Princess Diana. The 40-minute self-guided tour not only provides a real insight into the peerless artist, but also includes access to intimate private areas like his bedroom, bathroom and bright yellow kitchen. Not that the latter was used all that much.

A short stroll into the garden and you’ll find Europa 92, the five-star restaurant Pavarotti built so he didn’t have to venture too far when dining out. The menu might be small but each dish is perfectly formed – from the risotto with balsamic vinegar to the egg pasta with fresh tomatoes – and made just the way Pavarotti liked it.

The Maestro & his Maseratis

The Master might have liked his food, but he also loved his cars – particularly the Maserati. In fact, he was so fond of the three-pronged trident synonymous with the marque, he bought his first in 1963, and drove everything from the Kyalami to the Quattroporte for years afterwards.

He, no doubt, would have been enthralled not just by the Maserati plant and showroom in Modena, which offers hour-long tours where you can learn the skills involved in producing the most stylish sports cars on the planet, but by the Panini Museum, which houses the world’s largest collection of classic Maserati. With 23 racing and road cars – there’s a Bora, a Khamsin, a Mistral and a 3500 GT, plus dozens of antique motorbikes, bicycles, tractors and memorabilia – this private museum run by Matteo, son of Umberto Panini, is an absolute must if you’re in the area. 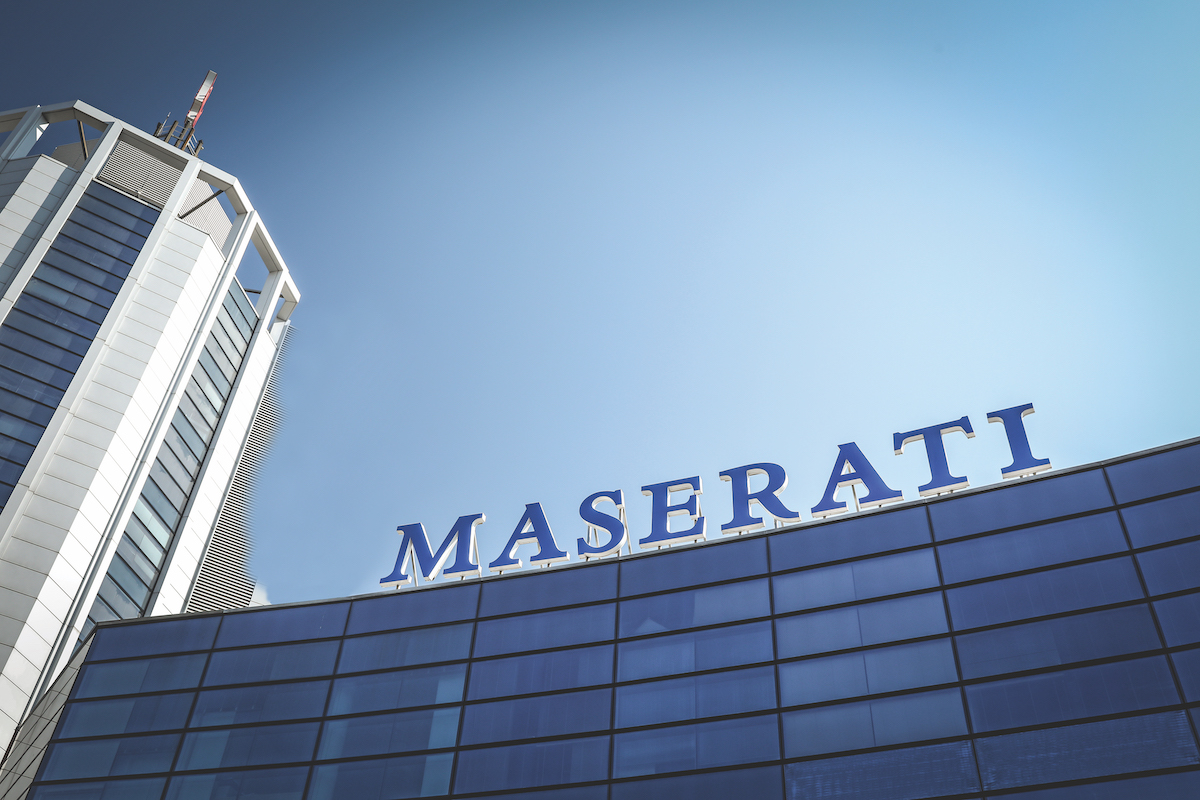 Just metres away from the museum is the Hombre Dairy Farm, also owned and run by the Panini family. Here you can sample melt-in-the-mouth organic Parmigiano-Reggiano and walk among 8,000 rounds of cheese that cost about A$800 each. That might sound a little rich, but it’s worth considering that 500 litres of organic milk, strict regulations, and at least one year of maturing (some up to 300 months) go into producing a 40-kilogram round. Is it any wonder Italy’s top restaurants buy their cheese here?

A taste of Italy

Something else they buy only from this region is the balsamic vinegar. Look at any bottle and you’ll see that it has come from Modena, which has been producing this thick, sweet, slick condiment since the Middle Ages. In fact, it can only be called balsamic if it comes from this particular region. 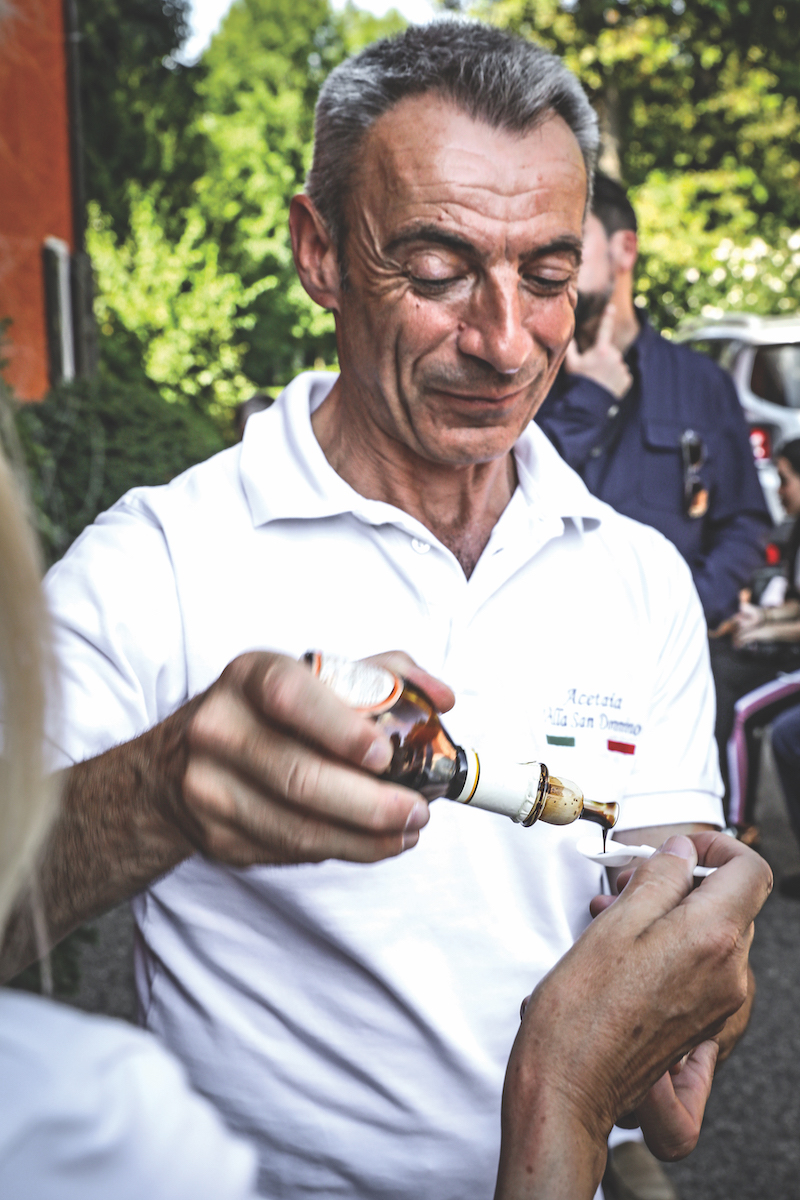 However, that’s not to say all vinegars are created equal, and we soon learn there’s a vast difference between the good stuff and what you buy at the supermarket. The certified Aceto Balsamico Tradizionale di Modena, with its recipe passed down from generation to generation, and its secret ingredient of time (at least 25 years), can cost up to A$700 for a 100-millilitre bottle. Anything less than A$100 is considered inferior. And once you taste the real deal, it’s easy to see why.

We’re at Acetaia Villa San Donnino to meet Davide Lonardi, a third-generation producer of balsamic vinegar who takes us through the complicated process of using grape must, as well as the ageing process as the vinegar is transferred from barrel to barrel. The highlight is, quite naturally, the taste test as a few drops of this precious elixir are drizzled over vanilla ice-cream, of all things. It’s an absolute revelation and tastes like everything good in the world…

…As does everything at Caffé Concerto later that evening. Situated in the middle of Piazza Grande, a UNESCO World Heritage Site since 1997, the 12th-century square
isn’t just the heart of the city, but a sight to behold with its beautiful cathedral (Duomo di Modena) and the ever-so-slightly leaning tower of Ghirlandina which, locals claim, is the best bell tower in the world.Take a seat, order the tortellini with ricotta, a glass of Chianti Classico, and watch as the setting sun turns the sky all shades of beautiful.

The next morning, it’s time to rise, shine and rejoin our elegant convoy as we race along the 130km/h Autostrada towards Sarnico, a two-hour drive to the Province of Bergamo. We’re quite the sight – two Ghiblis, two Quattroportes and an electric blue Levante weaving their way in and out of the traffic as if part of a synchronised dance – and before long we’re at the home of another brand that finds the perfect balance between luxury, comfort and timeless elegance – Riva.

One of the most iconic yachting brands in the world (situated on Lake Iseo, one of the most beautiful spots on the planet), the Italian company has been building ships for more than 170 years. However, it wasn’t until the 1950s that the brand really became synonymous with simple elegance and sheer seduction – all 8–50 metres of it. Brigitte Bardot, Anita Ekberg, Elizabeth Taylor and Richard Burton and, of course, Sophia Loren were all proud owners of a Riva, and many of the company’s models have appeared in over 40 films, from GoldenEye to Ocean’s Twelve. Best of all, not a single product was placed in exchange for money. Take that Apple and co. 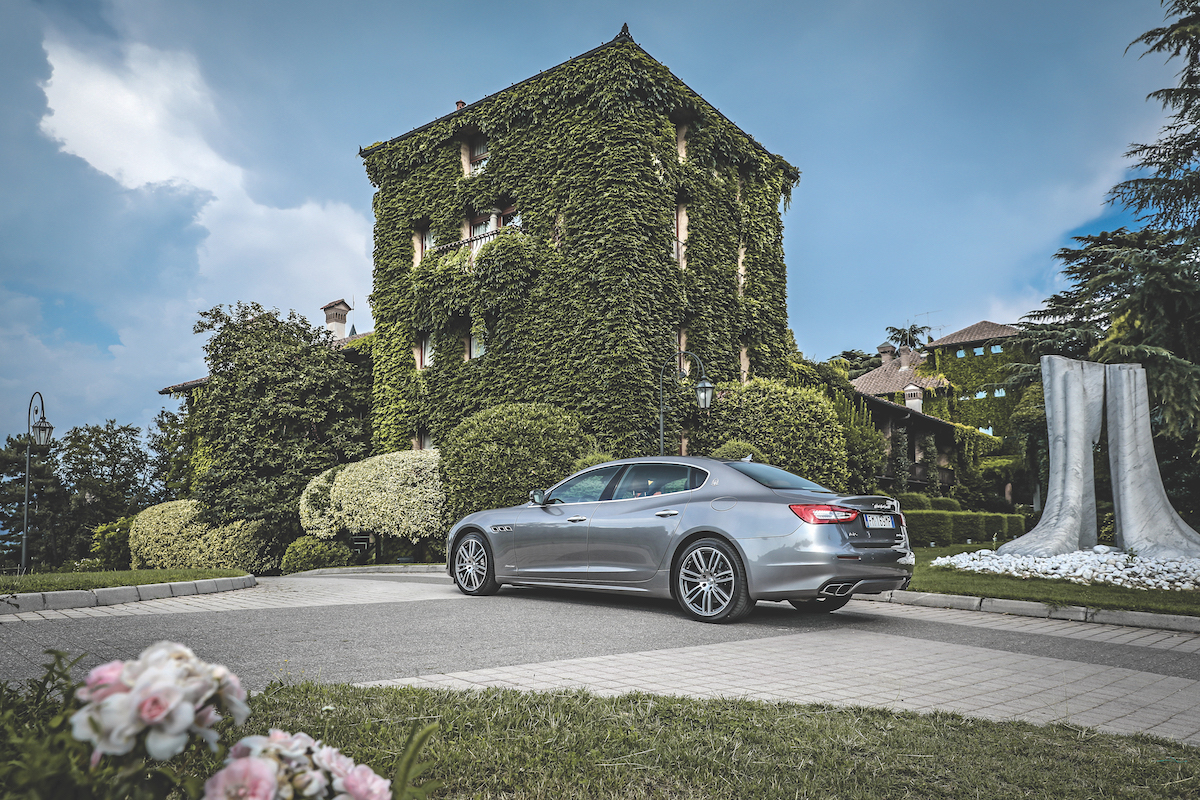 L’Albereta Relais and Chateaux, Franciacorta and the Maserati Quattroporte.

Of course, when in Rome, or rather Sarnico, it would be remiss not to experience a Riva yacht in all its jaw-dropping, heart-stopping, hair-tossing glory, so we step aboard the sexy-as-hell sports yacht Rivamare for a ride to remember. There really is no better way to see the stunning Lake Iseo than in a speed boat that clips along at 40 knots (74 km/h) an hour. Sure, Como might have Clooney, but what Iseo lacks in celebrity endorsements (and the hordes of tourists that follow), it more than makes up for in spectacular scenery (English writer Lady Mary Wortley Montagu once called Iseo “the most beautifully romantic” place in the world) as it’s surrounded by rolling hills and vineyards.

Just a few kilometres up those very hills you’ll find L’Albereta Resort, an utterly enchanting relais hidden deep in the peaceful little wine-producing region of Franciacorta. Set within hectares of vineyards and with its own botanical garden and sculpture park, this 19th-century villa, draped in green ivy, has been designed with tranquillity and luxury in mind. The decadent king-size bed is a dream to sleep in and a nightmare to get out of (in the nicest possible way), and the marble bathroom is almost as large as the suite itself.

Want to really push the Riva out? Book the Cabriolet Suite – the roof opens up at the hit of a switch to reveal the sun, or the stars, depending on, you know, the time of day. It’s majestic, magnificent and the most perfect way to end an unforgettable trip to Italy. The sweet life indeed.