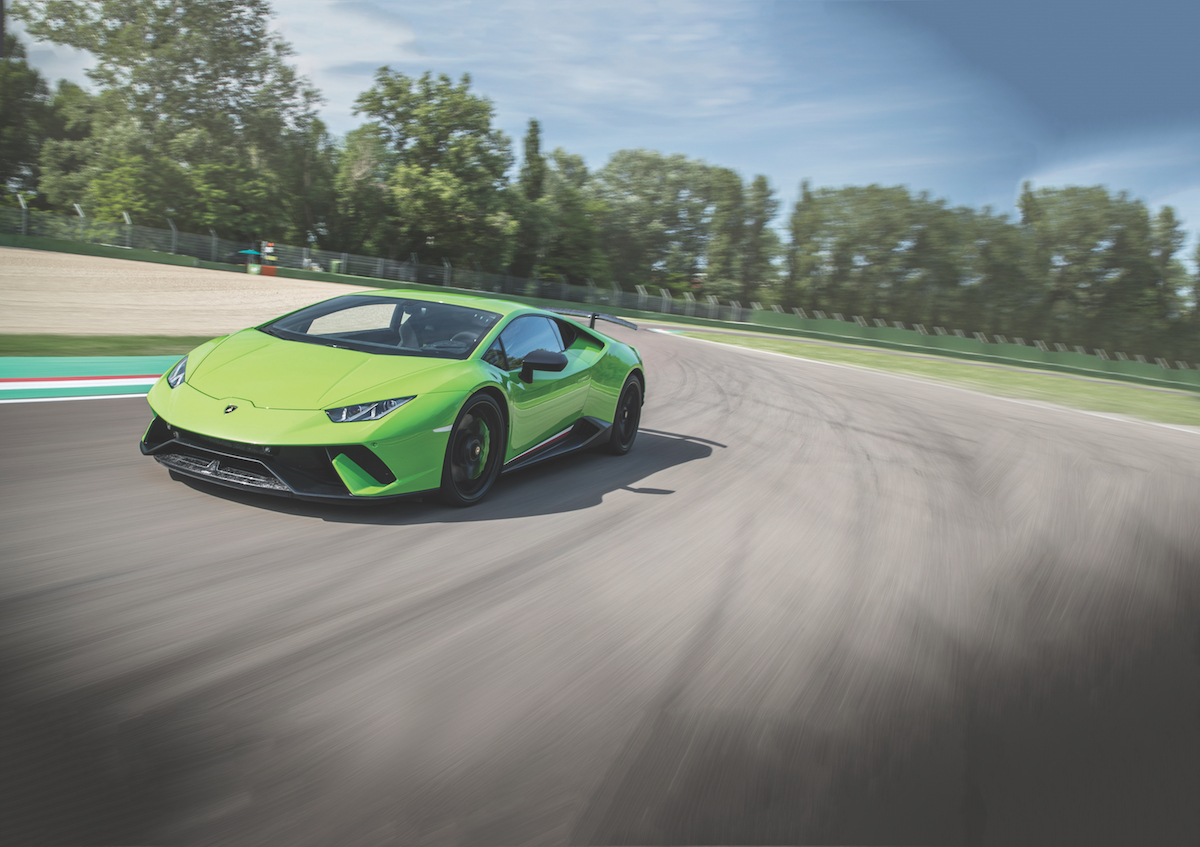 It might not seem like it when you’re watching a clock, waiting for something painful to end a school play, a dental procedure, watching The Notebook – but a second really is a very long time. In motorsport, it’s a lifetime.

The top half-dozen drivers in Formula One can often all be lapping within a single second of each another, meaning it’s the tenths of a second advantage their supreme skills give them that make the difference.

Supercar makers are also big fans of lap times when it comes to the sport of Comparative Gloating. The acknowledged home of this kind of showboating is a single racetrack in Germany, known as the Nürburgring, or, more emotively, The Green Hell. Whichever car currently holds the fastest time there is universally acknowledged as the current King of Speed.

There are several cars that can hurl from you from 0 to 100km/h in 2.9 seconds, as the new and terrifying Performante version of Lamborghini’s already awesome Huracán can, but there are a rarefied few that could get anywhere near its six-minute, 52-second lap time around The Ring (the notorious track has almost as many names as it has corners), where even getting close to seven minutes was long considered a sign of greatness.

What is really trippy about that time, however, is not that it beat all the other road-registrable cars before it, but that it was a whopping, barely believable 26 seconds faster than the basic Huracán.

In many ways, the Performante is simply a harder, lighter and slightly more powerful Huracán (they share the same 5.2-litre V10 engine, but the new one has managed to squeeze an extra 22kW out of it, taking it to 470kW), so that leap in performance is the equivalent of Usain ‘9.58’ Bolt starving himself for a couple of days, buying new sneakers, and then smashing the 100-metre sprint in seven seconds. It shouldn’t be possible.

What the strikingly similar-looking Performante has going for it over its slightly older brother is a clever piece of technology called ALA (Aerodinamica Lamborghini Attiva). While this sounds fantastic, particularly with an Italian accent, what it does is brilliant.

ALA is a form of active aerodynamics that uses largely invisible flaps, cunningly devised airflows, and fiendishly clever computers to apply huge amounts of downforce to the tyre where it is needed at any given millisecond.

Downforce is that wonderful, heavy-gravity feeling that shoves race cars – and very high-end road cars – into the ground in such a way that you can corner them without any sensation of body roll, and almost no fear.

The Performante has a whopping 750% more downforce than the base Huracán, which already felt glued to the road.

In practice, even on public roads, the new, hardcore car doesn’t feel blindingly faster in a straight line, but it does allow you to corner in a fashion that previously seemed implausible in just about any car.

You throw it at bends, faster and faster, and it simply holds on, daring you to go quicker again, and providing you with so much confidence and joy that it’s hard not to honk and hoot like a goose through your massive grin.

On a racetrack, this leads to much faster times. Single seconds turn into tenths of seconds, and other supercars won’t quite know which way you went.

In the real world, of course, no-one is setting lap times in their Lamborghinis, but Performante buyers who are willing to part with US$998,000 (ex COE) will have the satisfaction of knowing they own just about the fastest damn thing on the planet.

There are a few downsides, however, which might make you wonder whether the friendlier Huracán might be ‘quite fast enough for me, thank you’. The Performante is brutally hard, with lightweight seats (part of the weight-shaving process that’s ditched about 160 kilograms) that are about as comfortable as the Iron Throne. It even has stiff, aluminium floor mats, to add racing-car cred presumably, although they just make the car feel even less welcoming.

And then there’s the noise, which those of an attention-seeking bent might love, but most people would find almost embarrassingly loud. Yes, the eruptions and crackle-pops from the V10’s exhaust do make you laugh out loud the first few times you hear them, but after a while they almost make you blush.

You can also imagine how it will go trying to tell a police officer you weren’t speeding, really, when he heard you coming a good 50 kilometres before you drove past.

The Performante is not a car for shrinking violets, nor for those who value creature comforts over the purity of performance.

The Performante is not a car for shrinking violets, nor for those who value creature comforts over the purity of performance. It is the top of the Huracán range, a hard and fast monster of a thing that currently sits at the top of the supercar tree.

But it is, for now, second to none.