This company is building a 1,080 horsepower Tesla killer

The CEO is an ex-Tesla head engineer and it has more than US$1 billion in funding from Saudi Arabia. Lucid Motors is the name that’s gearing up to take on Elon Musk’s electric car giant. 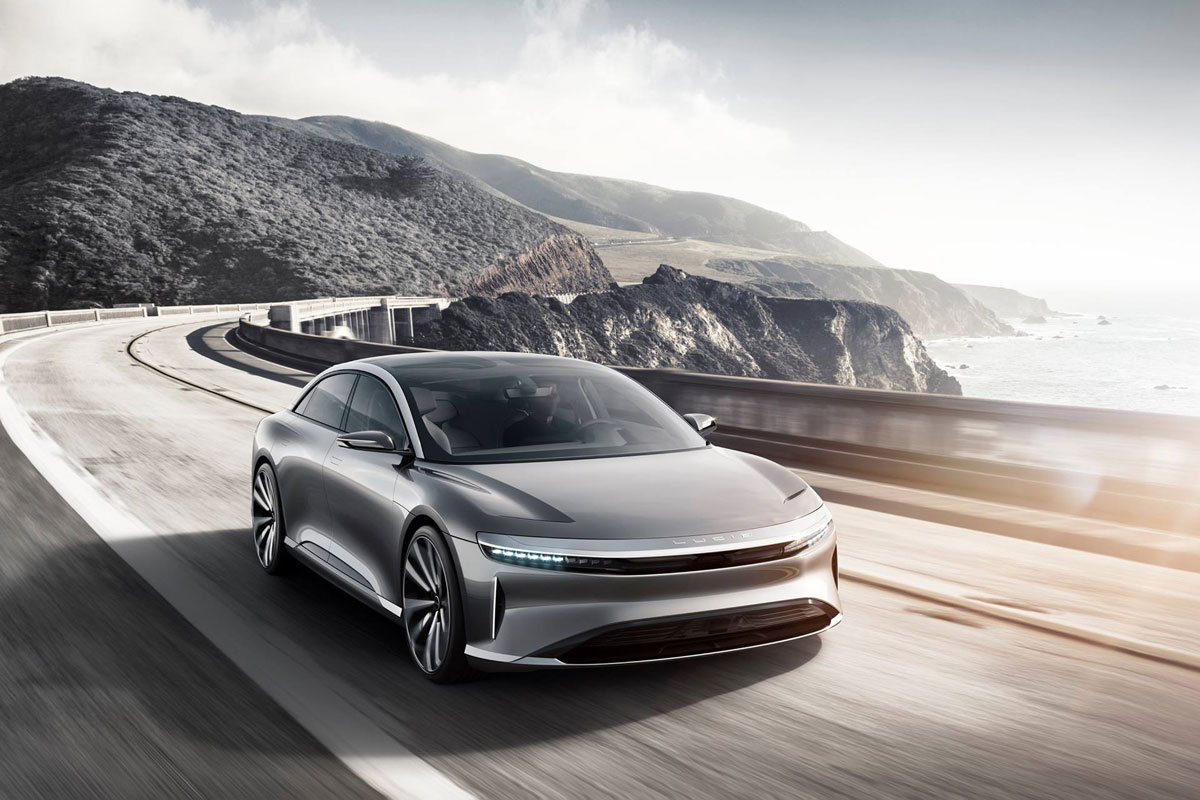 Plenty of startups have tried, but few have come close to taking on the dominance of Tesla in the luxury performance electric vehicle market. That could all change with the arrival of Lucid Motors, an American automotive company that is serious about setting new standards for sustainable transportation through its line-up of advanced luxury EVs.

Lucid Air will mark the brand’s debut model as a luxury performance sedan reinforced with cutting-edge drivetrain technology to deliver driving thrills, practicality and economy. More specifically, the flagship model of the car is capable of delivering 1,080 horsepower (805 kilowatts), reaching 0–100 kilometres per hour in 2.5 seconds and a range of up to 832 kilometres on a single charge.

Those are some seriously impressive figures, but it’s what’s under the minimalist skin that makes the Lucid Air one of the most promising EV offerings to date.

The people behind Lucid

Contrary to its under-the-radar existence, Lucid has been around since 2007. It was originally founded under the name of Atieva by Bernard Tse and Sam Weng, who focused on building electric vehicle batteries and powertrains for other manufacturers.

Fast forward to 2016, when Atieva was rebranded as Lucid Motors and had officially announced its vision to develop high-performance EVs for the luxury market. This would come with the construction of a US$700 million manufacturing plant in Arizona with a projected output of up to 130,000 cars a year by the mid-2020s.

2018 would bring an even bigger boost to the company when it received funding of more than US$1 billion from the Public Investment Fund of Saudi Arabia to complete the Lucid Air’s final testing phase, commercial production, global retail strategy and initial construction of the plant. 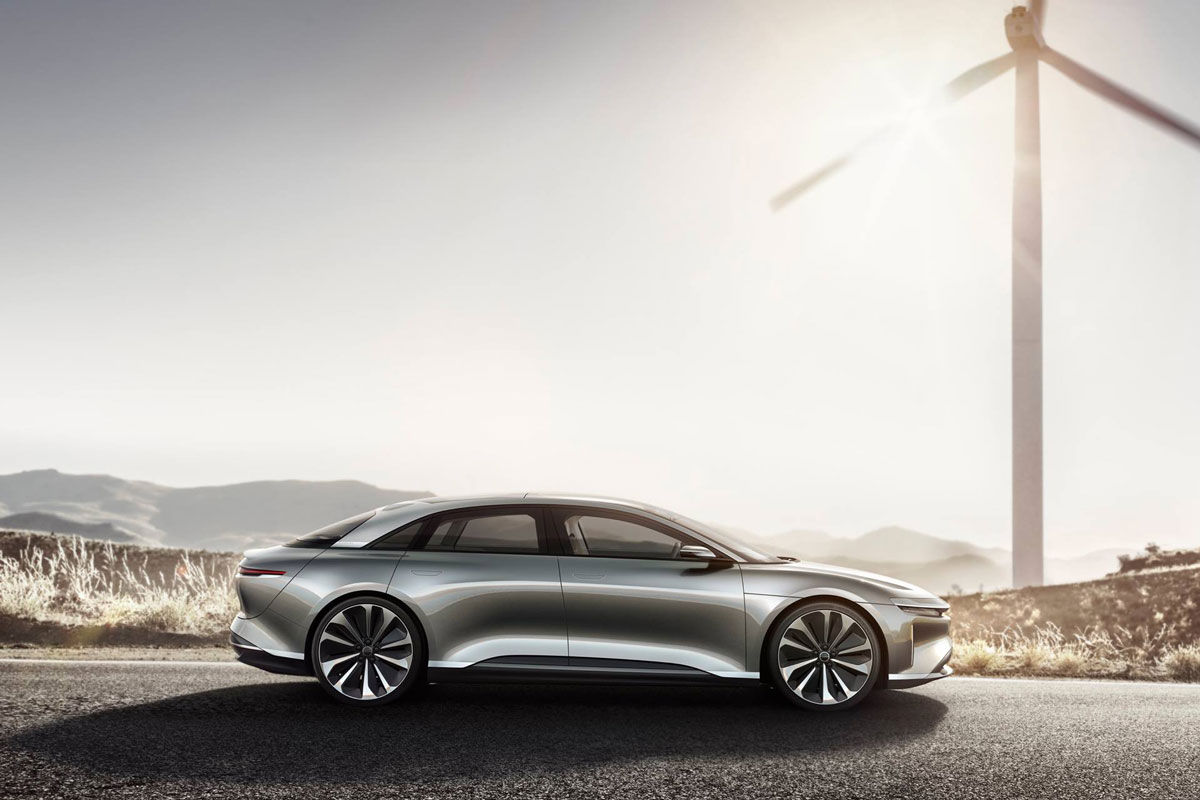 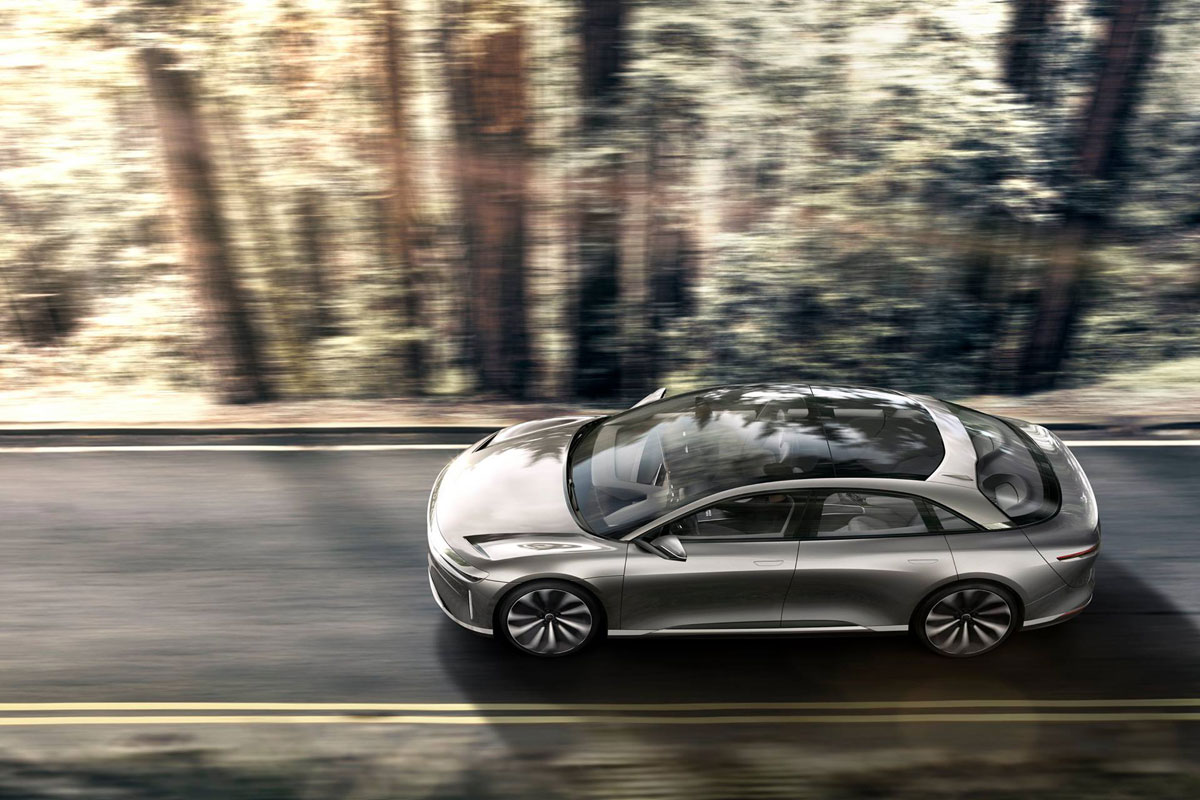 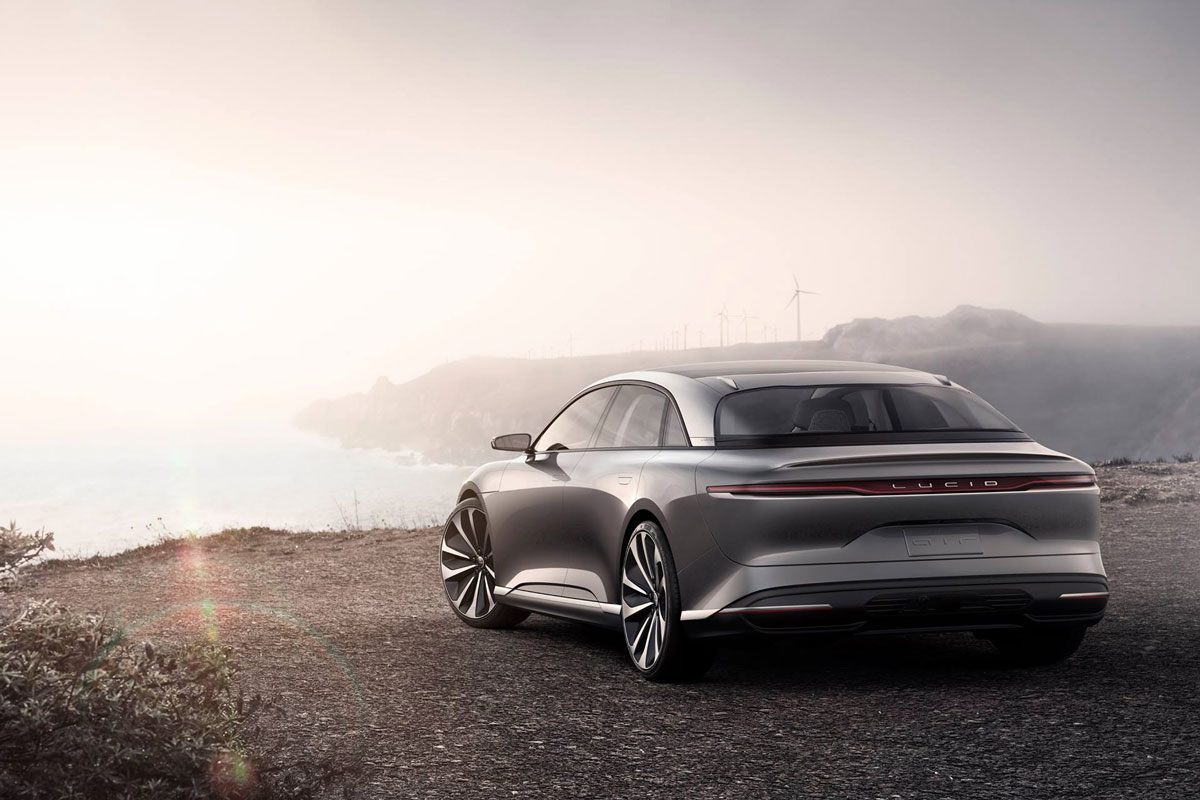 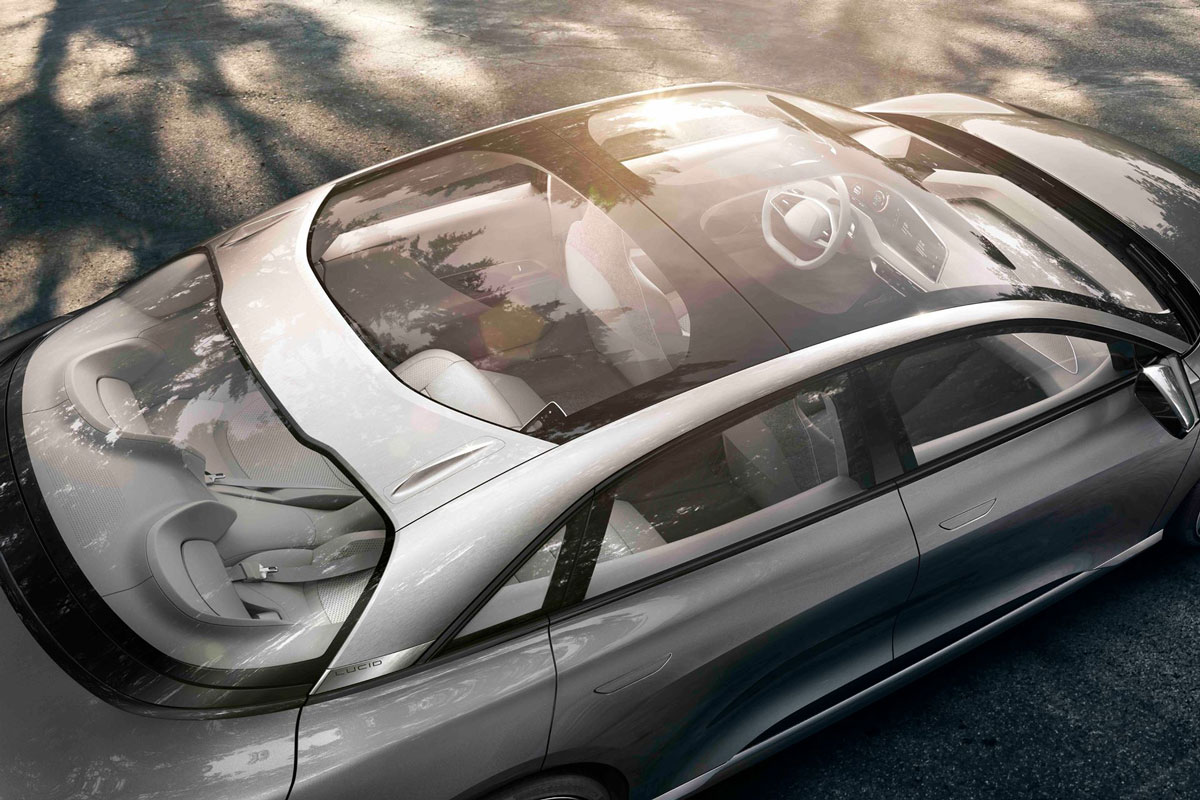 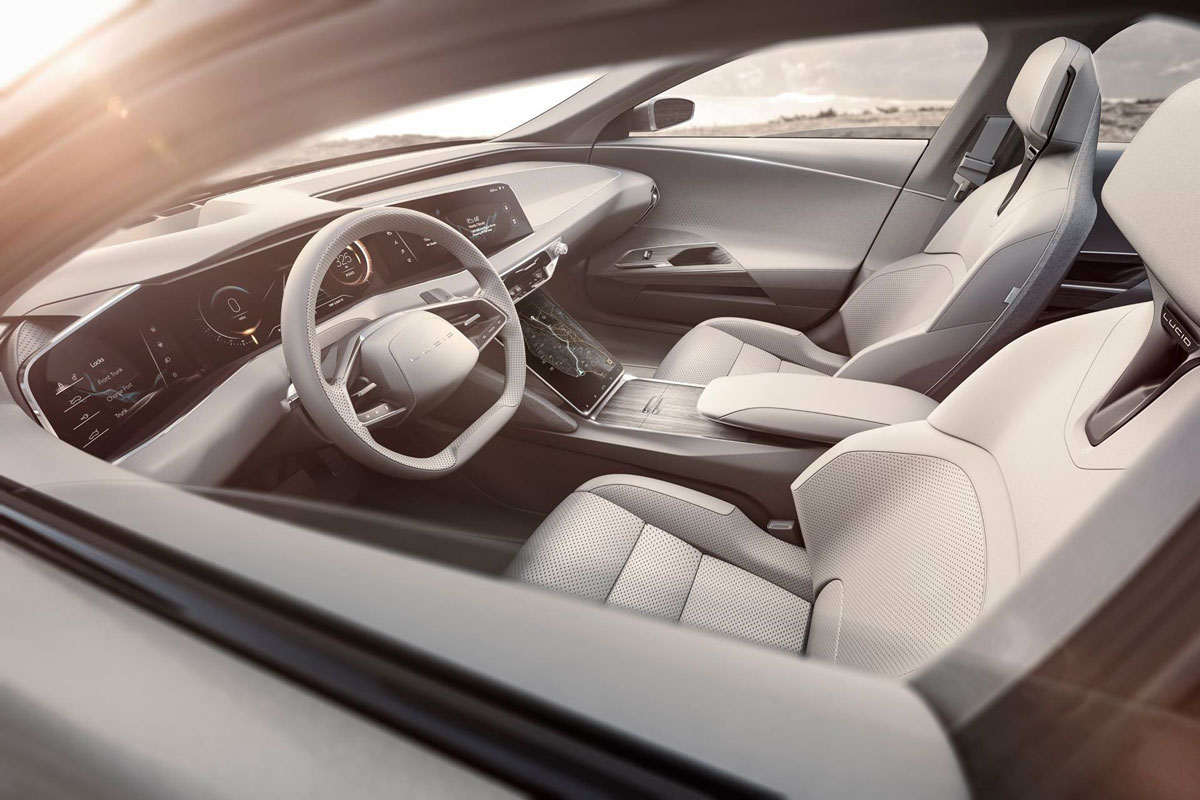 With deliveries slated for the second half of 2021, the Lucid Air has already set a strong precedent for its long-term viability in the growing market, thanks to a starting price of less than US$80,000. Meanwhile, the flagship model will more than double that figure at US$169,000.

“Lucid Motors is driven to make the electric car better, and by doing so, help move the entire industry forward towards accelerated adoption of sustainable mobility,” explained Peter.

“The goal of this relentless approach to developing the world’s most advanced electric vehicle is to benefit all mankind with sustainable, zero-emission transportation, and to also attract new customers to the world of EVs.

“With the Lucid Air, we have created a halo car for the entire industry, one which shows the advancements that are possible by pushing the boundaries of EV technology and performance to new levels.”

The car’s proprietary technology is centred on the Lucid Space Concept, which maximises the use of cabin space and handling capability, thanks to the company’s in-house developed EV drivetrain, which is more compact than ever. This space concept also lends more freedom to the car’s design proportions, as it doesn’t need to rely on traditional automotive design cues. This means the Lucid Air drives and looks in a class of its own.

The flagship Lucid Air Dream Edition will come equipped with 1,080 horsepower (805 kilowatts) derived from dual motors driving all four wheels. It can reach 100 kilometres per hours in 2.5 seconds thanks to instantaneous torque. Most importantly, though, it can achieve an estimated range of 832 kilometres on a single charge. Even the charge time is a milestone, with the Lucid Air able to claim the title of the fastest charging EV on the market when it rolls out. The DC Fast Charging Network will allow a charge rate of 32 kilometres per minute, while for more civilian charge points, owners can expect to receive a range of 483 kilometres from just 20 minutes of charging.

The unique engineering underpinnings of the Lucid Air allows for unprecedented levels of space, elegance and refinement for occupants. Next-generation free-form displays are integrated into the design architecture of the cabin to provide a seamless way of interacting with the vehicle software and human-centric user interface. The driver benefits from a 34-inch curved Glass Cockpit 5K display that ‘floats’ above the dashboard, adding to the light and airy feel of the interior. Deeper control of the vehicle’s systems and functions is handled with a retractable central Pilot Panel.

Safety will also be pushed to the forefront with Lucid Air’s advanced driver-assistance system (ADAS) – the DreamDrive platform offers 32 sensors covering vision, radar and ultrasonics to reinforce driver monitoring capabilities. Amazon’s digital assistant Alexa will also be fully integrated into the vehicle to control everything from streaming entertainment to smart home controls and navigating shopping lists.

For now the Lucid Air will come with limited paint options including Stellar White, Infinite Black or a Dream Edition-exclusive Eureka Gold finish. Each colour will be accompanied with an exclusive Santa Monica-themed interior trim package, including full Nappa-grain Bridge of Weir leather and silvered eucalyptus wood accents throughout the cabin.

The Dream Edition will also bear a unique 21-inch ‘AeroDream’ wheel design and be highlighted by special badging to highlight its position as a limited-production halo edition of the Lucid Air.

The Lucid Air will be available from 2022 with a starting price of US$77,400. Interests are now being taken from the US, Canada, Europe and the Middle East.