The electrification of automobiles was inevitable and now that era has finally arrived at Maserati with the debut of their first-ever hybrid electric luxury car based on the venerable Ghibli. 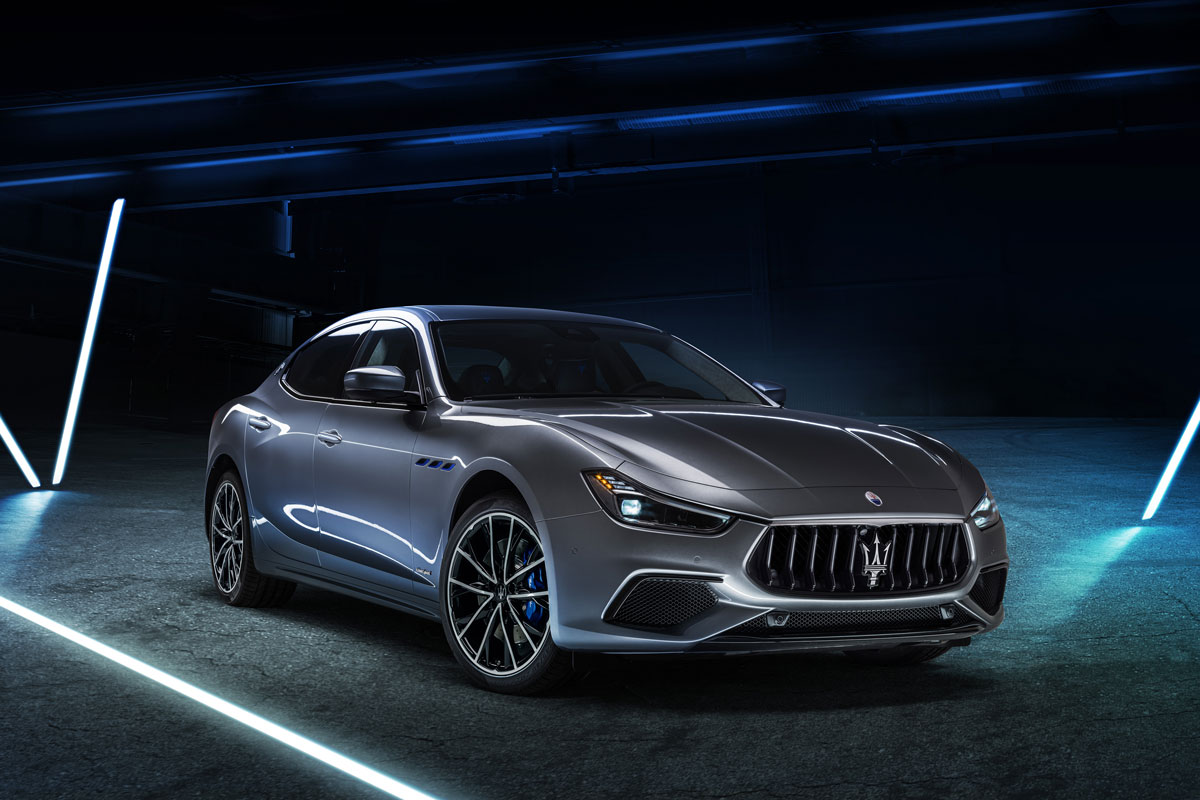 Earlier this year Italian luxury carmaker Maserati announced that it would cease the production of V8 engines for their iconic GranTurismo model. Today, that gradual departure from the humble combustion engine continues with the unveiling of the Maserati Ghibli Hybrid, the marque’s first-ever hybrid vehicle, which paves the way for its future model line-up.

Developed by the Maserati Innovation Lab, the Ghibli Hybrid represents one of the most ambitious projects ever taken on by the Modena-based carmaker. The Ghibli model was specifically chosen to take on this role as it’s seen over 100,000 units produced since its launch back in 2013. The car itself is also the perfect embodiment of the company’s DNA and it should instil the brand’s core philosophy without being compromised by changing technology. 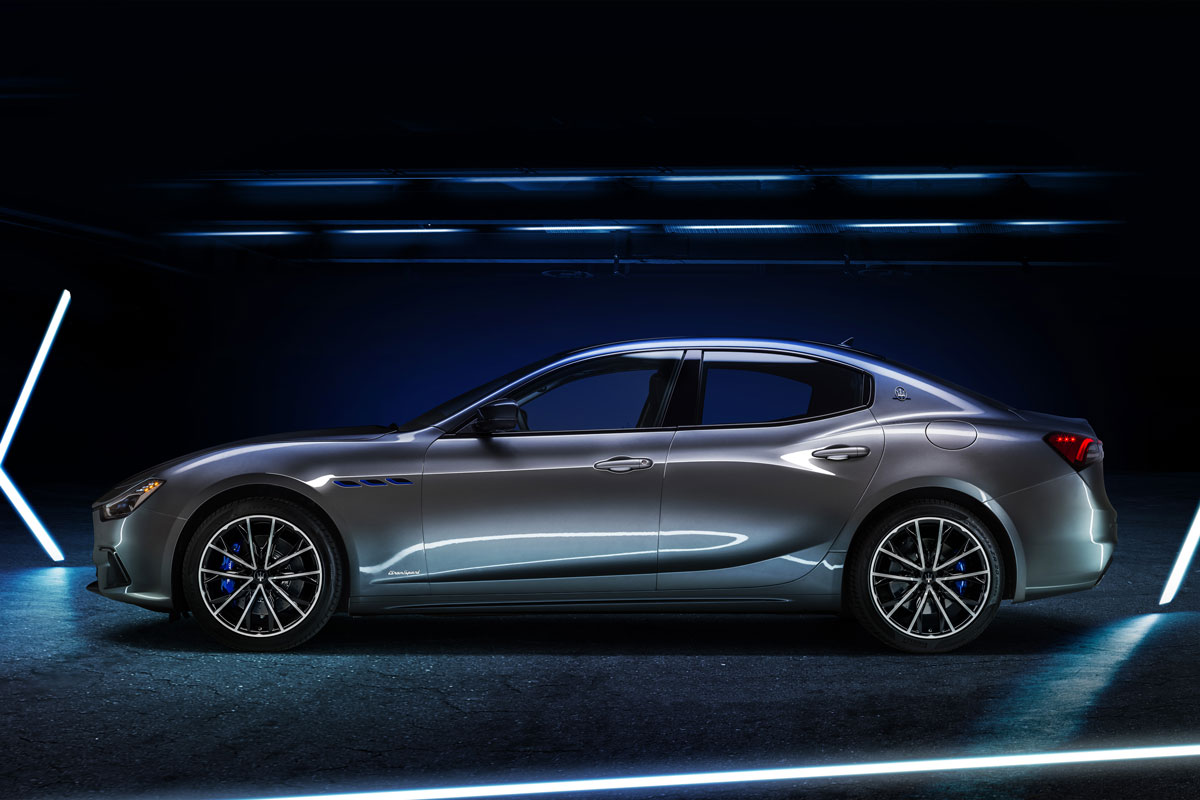 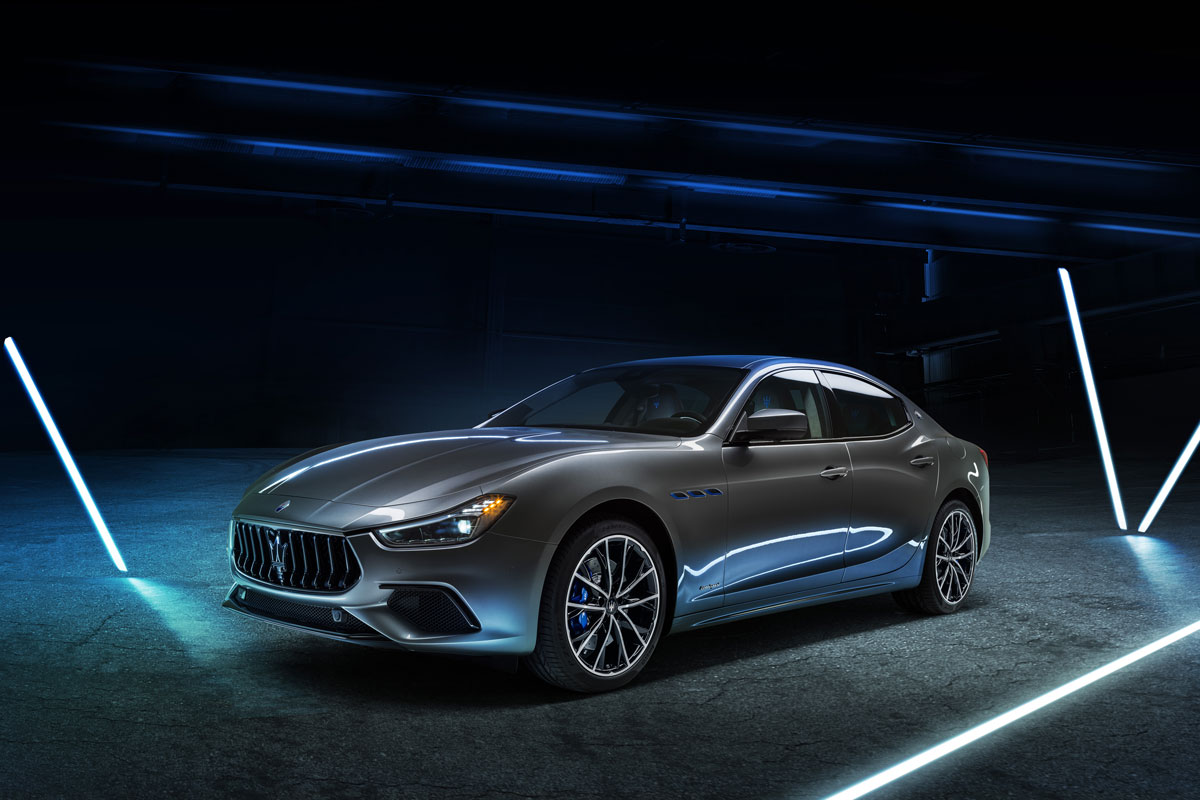 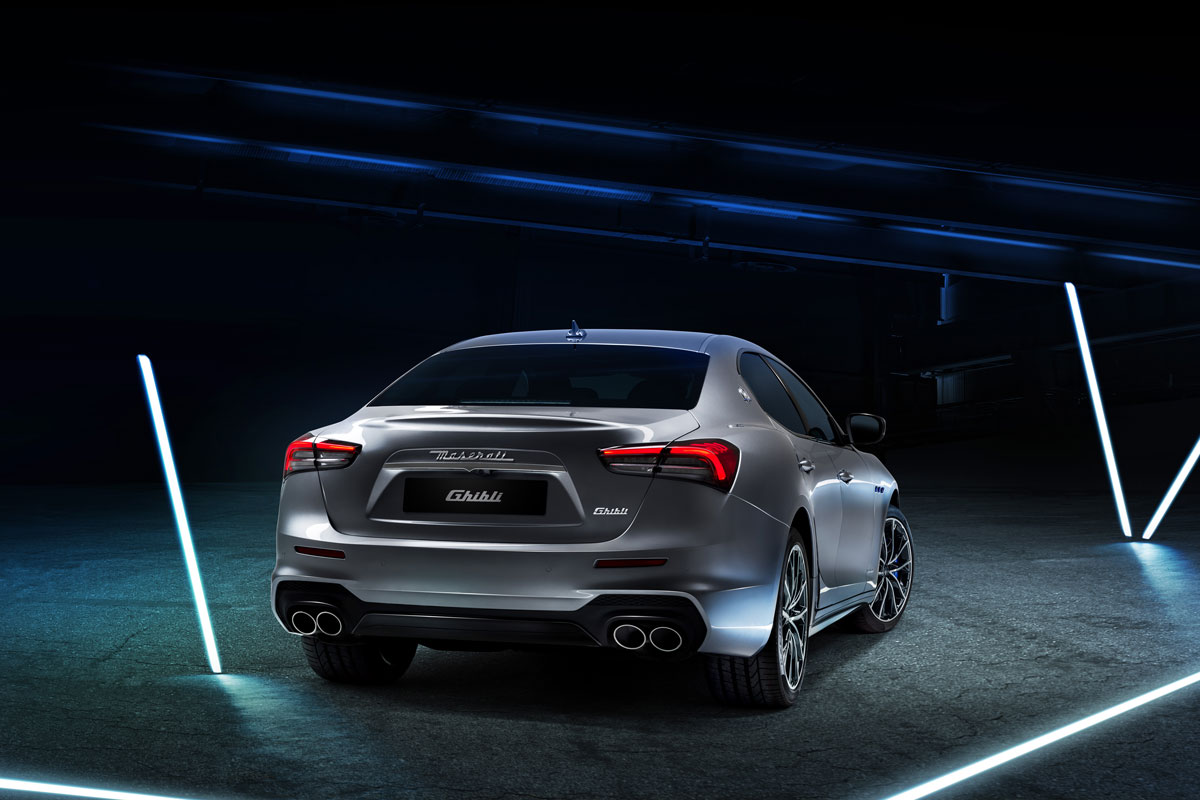 For starters, Maserati has ensured that the model retains the unmistakable sound that has been the signature engine and exhaust note of every Maserati vehicle. While the exterior and interior showcase a familiar silhouette, there are minor differences injected by the design team at Centro Stile Maserati.

A new blue colour has been chosen to identify Maserati’s hybrid models and this vivid hue can be seen on the side air ducts, the brake calipers and the thunderbolt in the oval Trident badging on the rear pillar of the Ghibli. On the inside, the blue finishing is applied to the embroidery on the seats. A more noticeable remodelling for the Ghibli Hybrid is the rear tail-lights, which have been given a fresh new profile inspired by the 3200GT and Alfieri concept car. 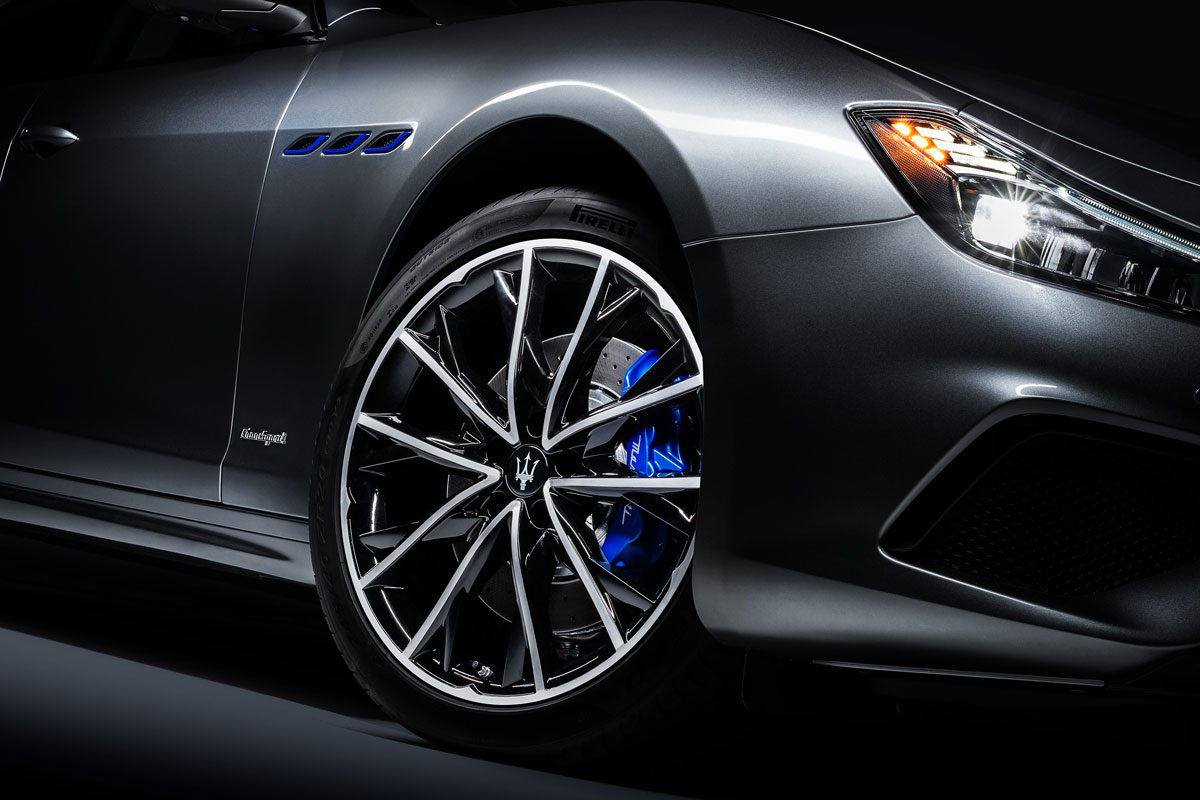 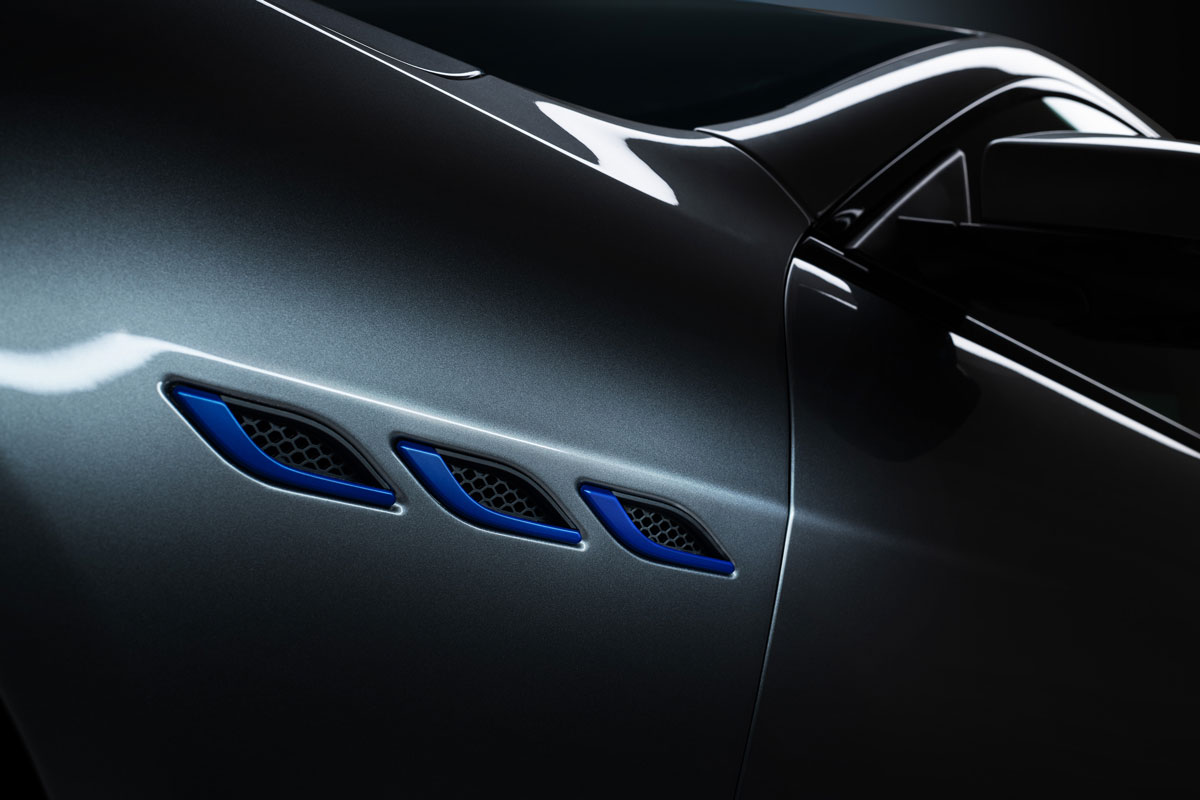 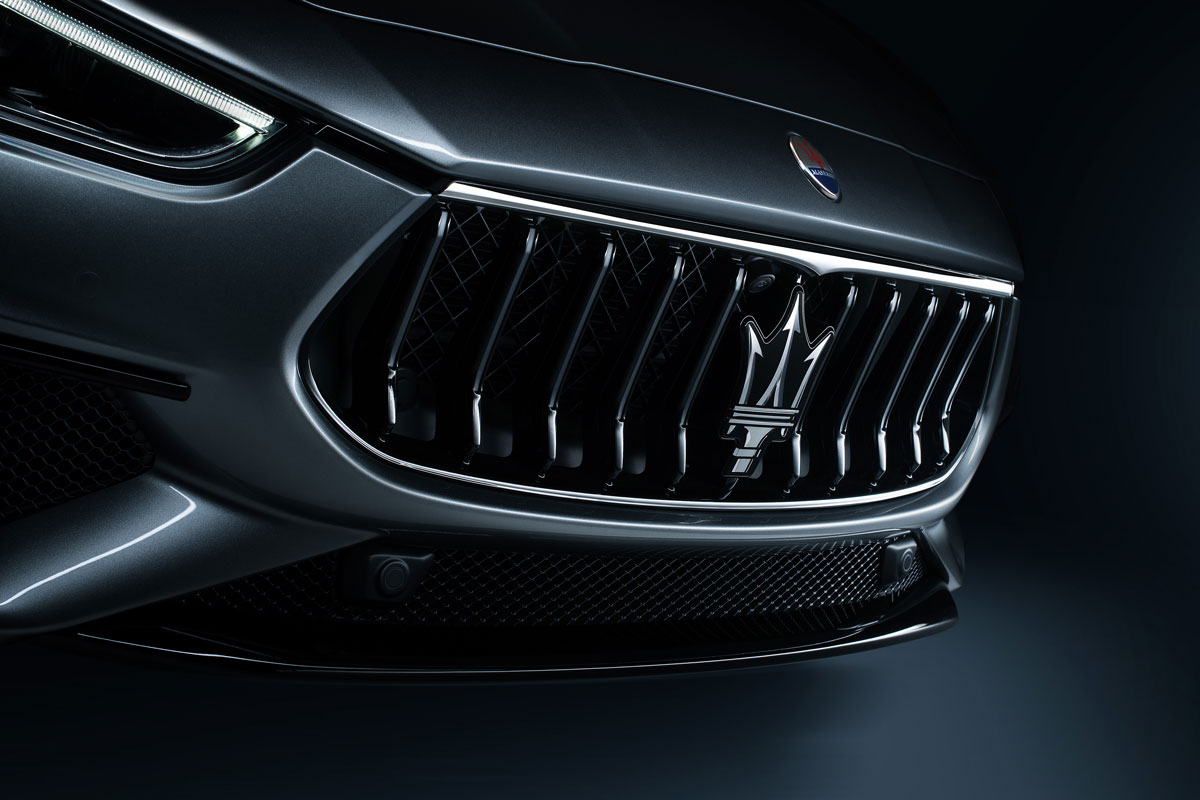 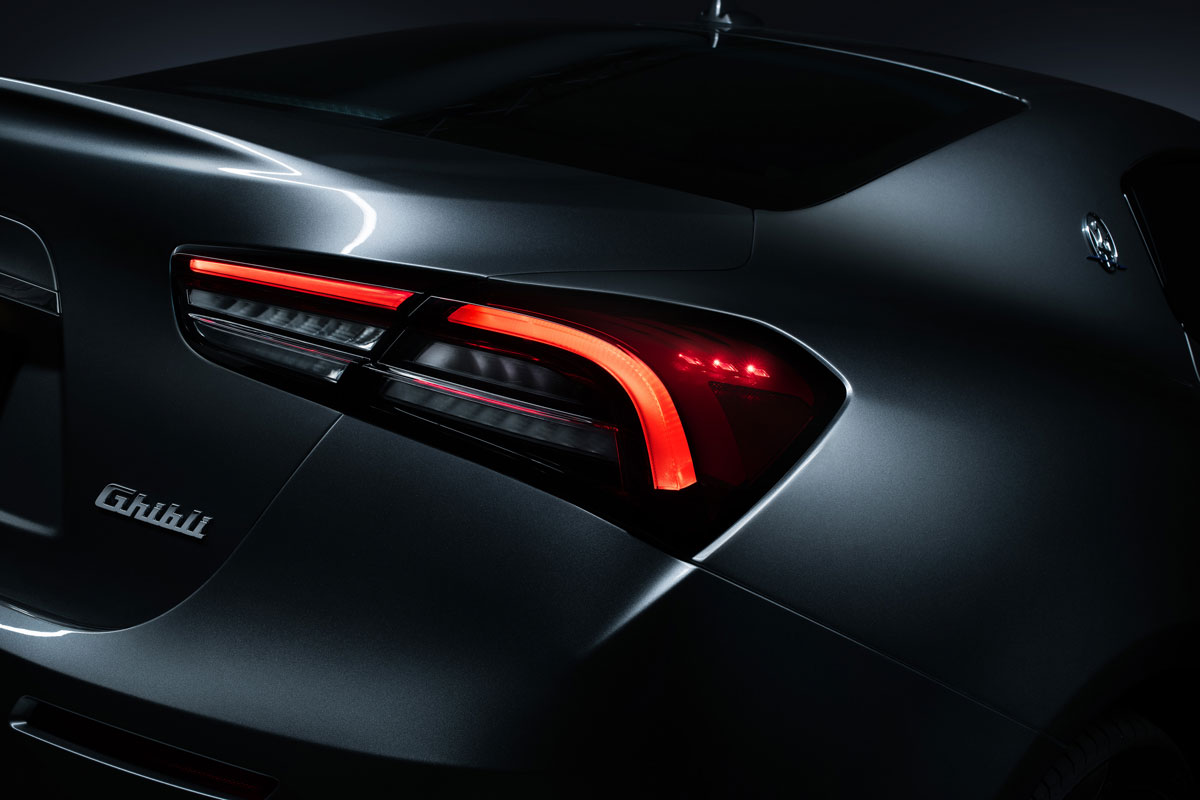 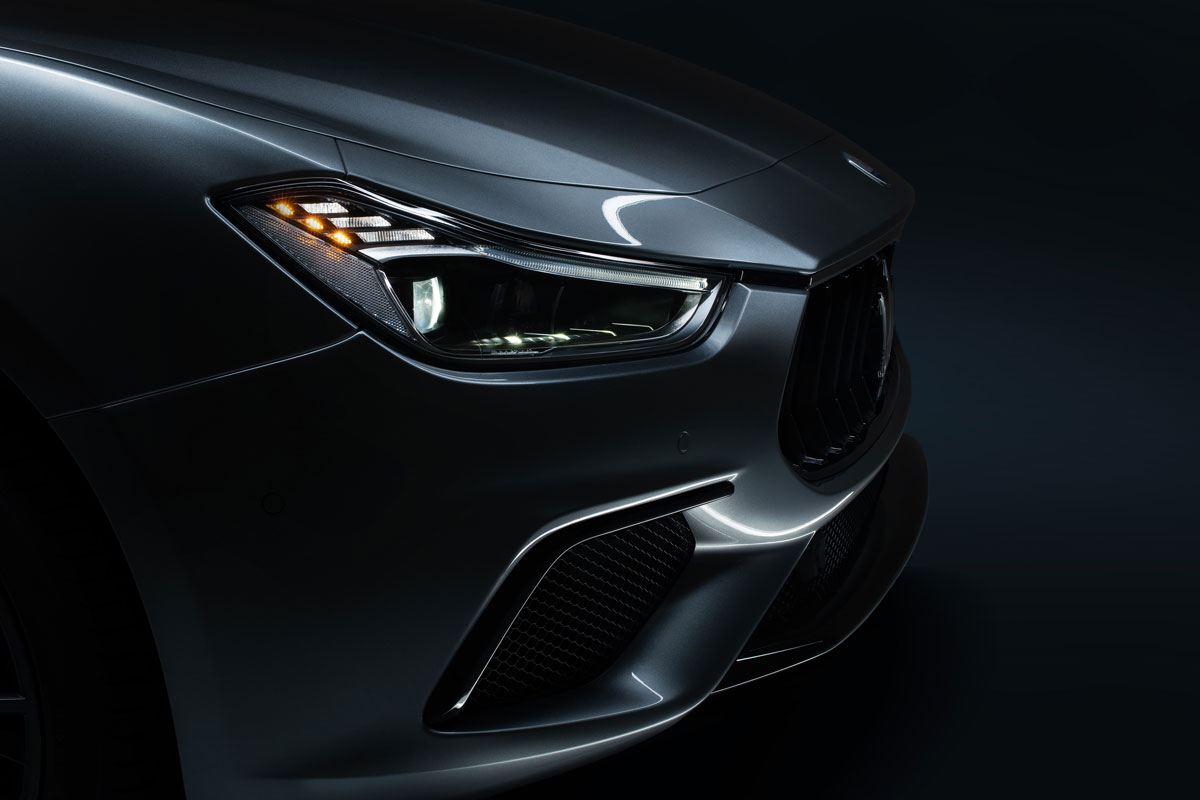 The drive, of course, is where most of the engineering expertise has been applied and Maserati has ensured that their first attempt at hybrid technology delivers both performance and impressive low emission figures.

As with most modern hybrids, the car’s braking energy is converted into electrical energy and stored in a battery for later use on demand. The engine itself is a combination of a 2.0-litre four-cylinder petrol engine combined with a 48-volt alternator and an additional electric supercharger (e-Booster) connected to a battery. This set-up is enough to give the Ghibli a power output of 246kW and 450Nm of torque. This solution is unique in its segment, and is the first in a new generation of powertrains, with the perfect trade-off between performance, efficiency and driving pleasure. A rear-mounted battery also ensures better weight distribution and handling dynamics.

Those concerned about the loss of performance due to electrification will also be glad to know that the Ghibli Hybrid can sprint from 0–100km/h in 5.7 seconds before reaching a top speed of 255km/h. 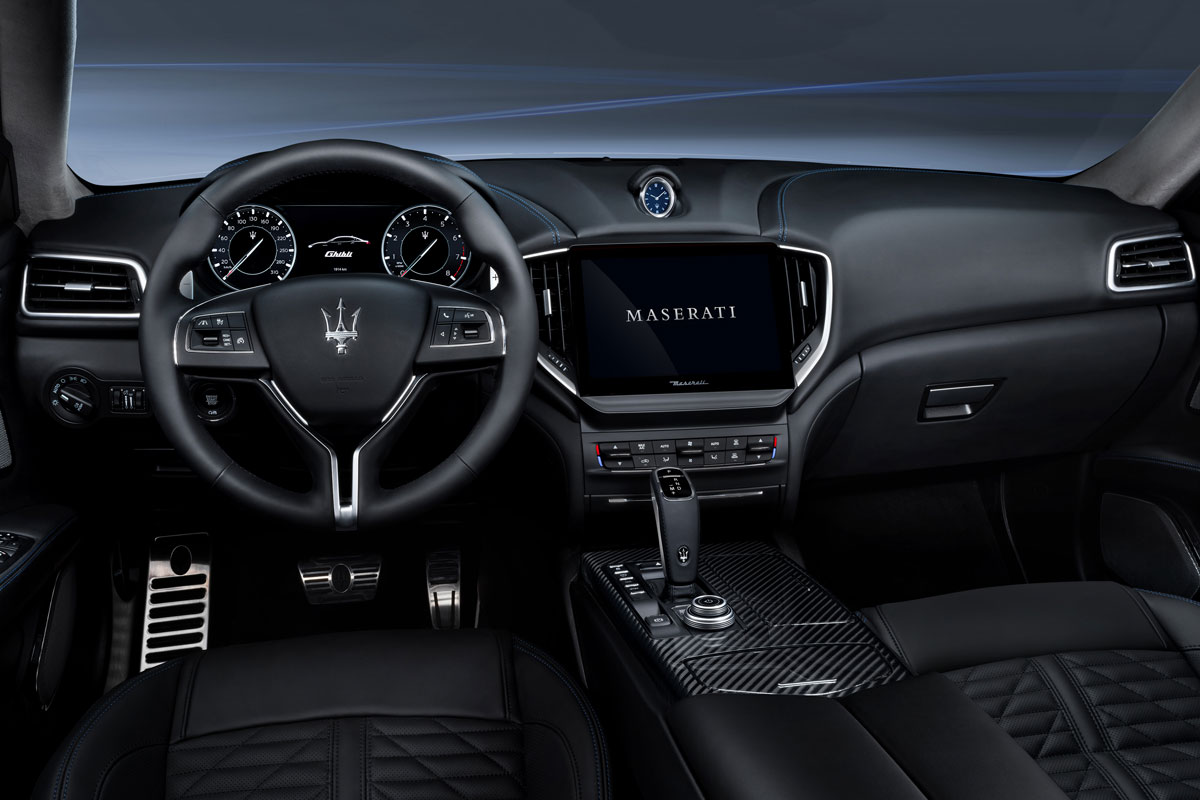 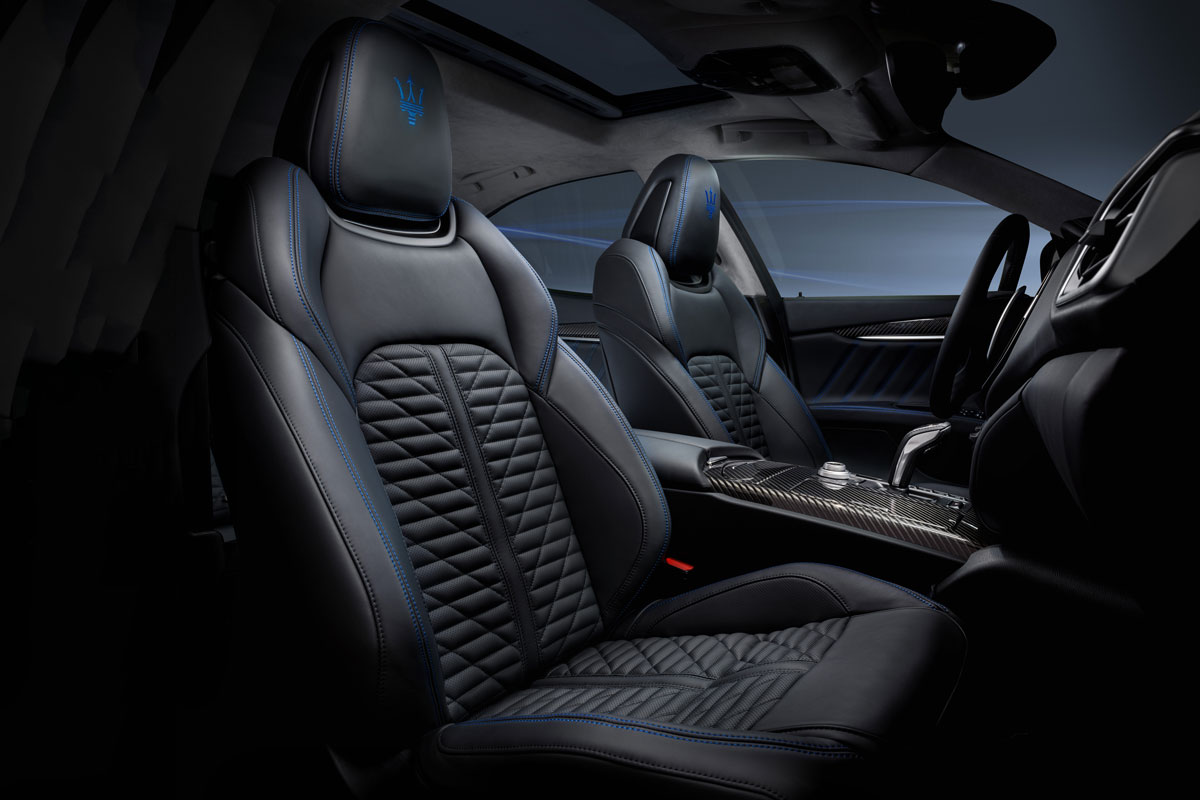 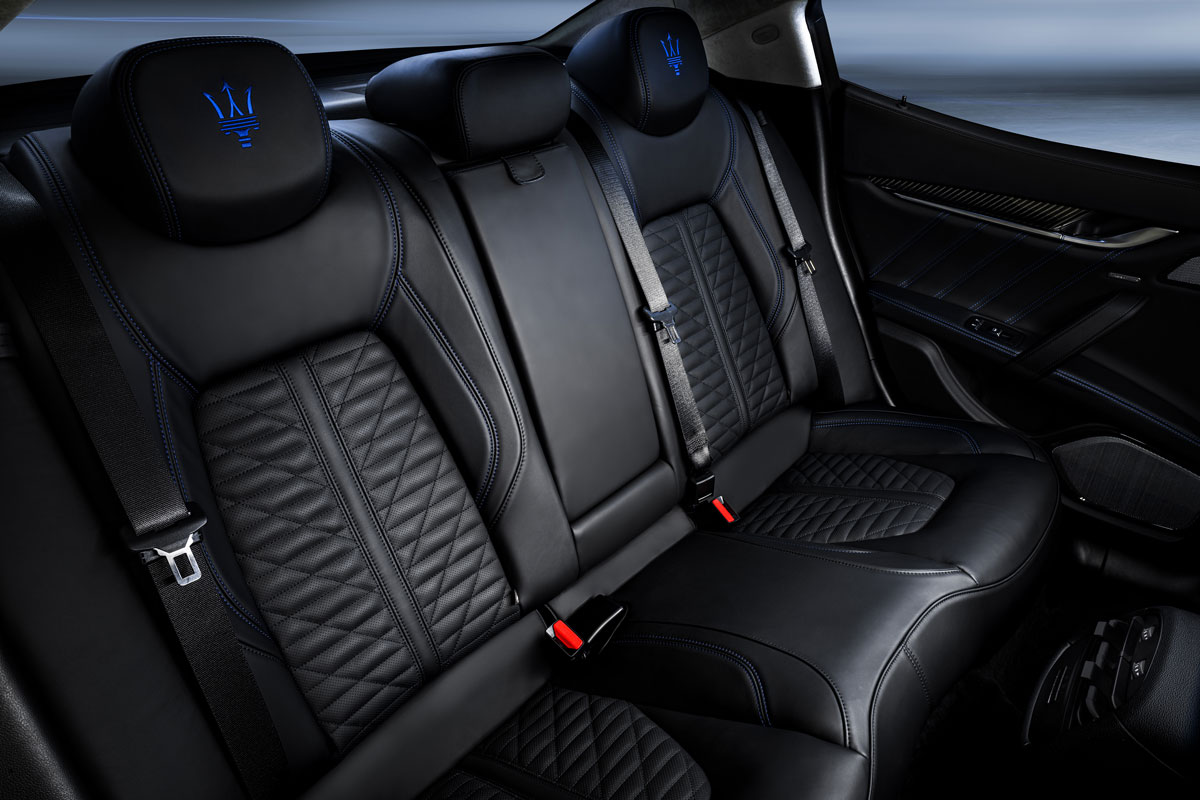 Entertainment and driver assistance features are handled by the latest generation Maserati Intelligent Assistant multimedia system. It can receive digital inputs from Android Automotive, which enhances user experience and is fully customisable to the driver’s personal preferences. All of this is displayed on a 10.1-inch HD screen featuring new graphics and intuitive controls.

Following the Maserati Ghibli Hybrid will be the marque’s first all-electric models arriving in the new GranTurismo and GranCabrio. These models are slated to debut in 2021.