A fitting tribute to an iconic sports car that made its very first local appearance back in 1965. 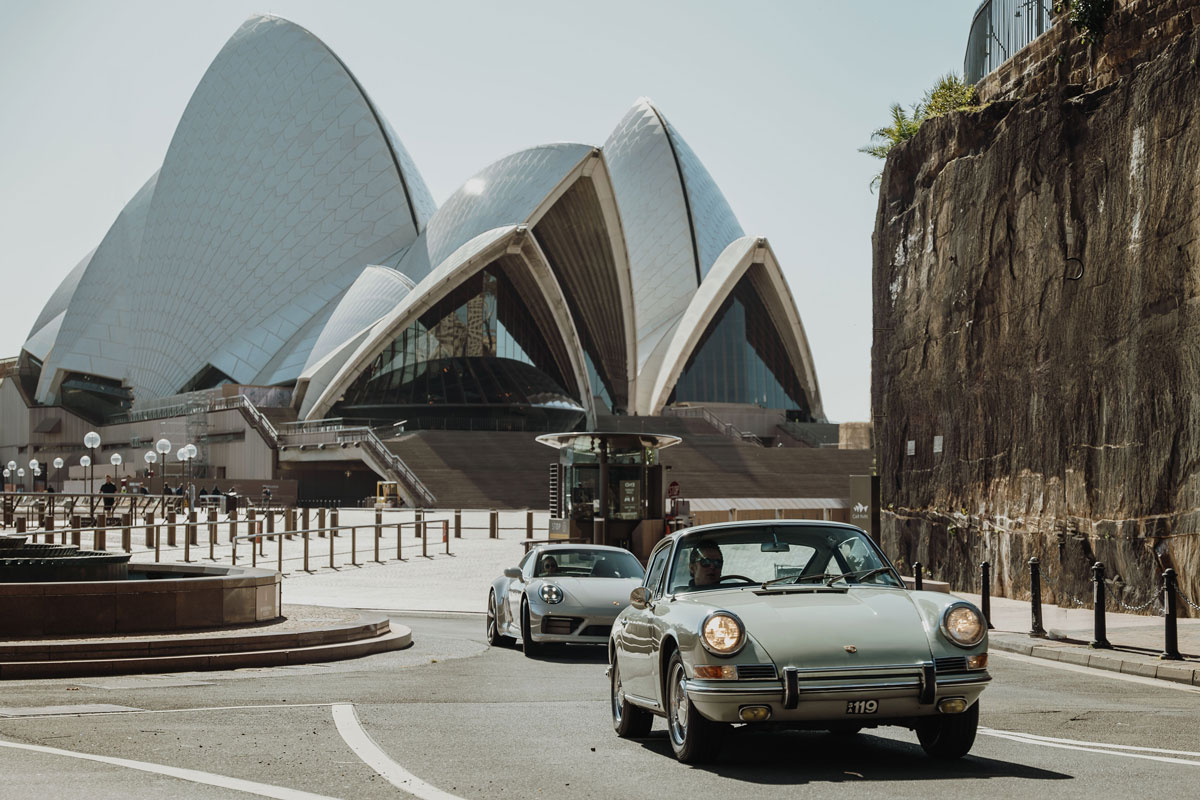 As the poster car to many kids’ walls growing up, it’s hard to imagine that the Porsche 911 name has now existed on Australian roads for more than half a century.

In 2020, the German marque marks exactly 55 years since the very first Porsche 911 was sold in Australia back in 1965. It’s no small feat, and to celebrate, Porsche Centre Melbourne and Porsche Centre Sydney South have partnered to create one of the most fitting local tributes to an icon.

With the help of the Porsche Exclusive Manufaktur customisation program, the local arm has faithfully recreated the 992 generation of the 911 Carrera S in the same visual spec as the original Australian-delivered 911.

What this means is that almost every signature detail of the vintage car has been carried over including the modern rendition of the striking 1965 ‘Steingrau’ (Stone Grey) paint job, which is now equivalent to ‘Crayon’ in the official 992-series colour palette. The optional five-speed manual transmission from the 1965 model has also been traded out for something a bit more refined in the carmaker’s current eight-speed Porsche Doppelkupplung (PDK) transmission.

Besides that, the rest is an aesthetic homage with matching paintwork on the rear engine cover slats and 20-/21-inch Carrera Exclusive Design wheels paired to contrasting black calipers, just like the 1965 model. There’s Porsche Exclusive Manufaktur SportDesign side skirts, painted exterior mirrors and trim strips in a high-gloss finish.

On the inside, the modern 911 features the Porsche crest embossed on the seat headrests before being wrapped in Agave Green club leather with contrasting Crayon stitching and matching Agave Green seat belts. This colour combination can also be found in the original 1965 911, which came with green leather that contrasted with the maple yellow timber dashboard trim and matching wood-rimmed steering wheel. In the 992 these wooden touches are recreated with the Paldao Dark finishing from the Porsche Exclusive Manufaktur portfolio.

Even modern design appointments hark back to the past with brushed aluminium door sill guards that have been custom illuminated with the ‘1965 Reimagined’ insignia. “The concept was to take the 1965 911 and reimagine that car and what we could do with it in 2020,” says Dean Williams, New Vehicle Sales Manager, Porsche Centre Melbourne.

Lee Hallett, General Sales Manager at Porsche Centre Sydney South, adds that the project showcases the timelessness of the 911: “It’s incredible that 55 years on from the original 911 delivery to Australia, we can now replicate some of the features in the modern vehicle.”

Porsche Centre Melbourne and Porsche Centre Sydney South are both Exclusive Manufaktur Partners meaning customers can replicate this very same 992 spec themselves.
The certification guarantees the highest possible level of competence in the area of customisation options for Porsche customers after more precision exclusivity.

Those keen on seeing both the 1965 911 and reimagined 911 can drop into Porsche Centre Sydney South and Porsche Centre Melbourne where both cars will be on display in the coming months.