Porsche has unveiled the new Panamera Turbo S E-Hybrid, and it is the most powerful variant in the completely revamped product line.

The Panamera has always appealed. It has the power of a Porsche but seats more than two comfortably – and it is not an SUV.

The Turbo S E-Hybrid, which is now the second most powerful Porsche available for sale, and the 4 E-Hybrid join the recently unveiled Panamera 4S E-Hybrid.

The plug-in Turbo S E-Hybrid sports a four-litre twin-turbo V8 engine that produces 420kW (compared to the 410kW in its previous version) combined with an electric 100kW motor, bringing the total to 514kW. Porsche states an additional Sport Chrono package on the sedan and Sport Turismo variants of the vehicle will allow it to hit 100km/h in three seconds. The Executive version will get to 100km/h in 3.1 seconds. All models have a top speed of 315km/h.

“At the heart of the drive architecture is the electric motor, which is integrated into the eight-speed dual-clutch transmission and still produces a power output of 100kW and maximum torque of 400Nm. Together with the different combustion engines offered, this makes for outstanding driving performance. In combination with its standard Sport Chrono package, and powered by a four-litre V8 twin-turbo engine that now delivers 420kW instead of 404kW, the new Panamera Turbo S E-Hybrid now completes the sprint from zero to 100km/h in 3.2 seconds – 0.2 seconds faster than its predecessor. It reaches a top speed of 315km/h, which represents an improvement of 5km/h,” Porsche said in its media release. 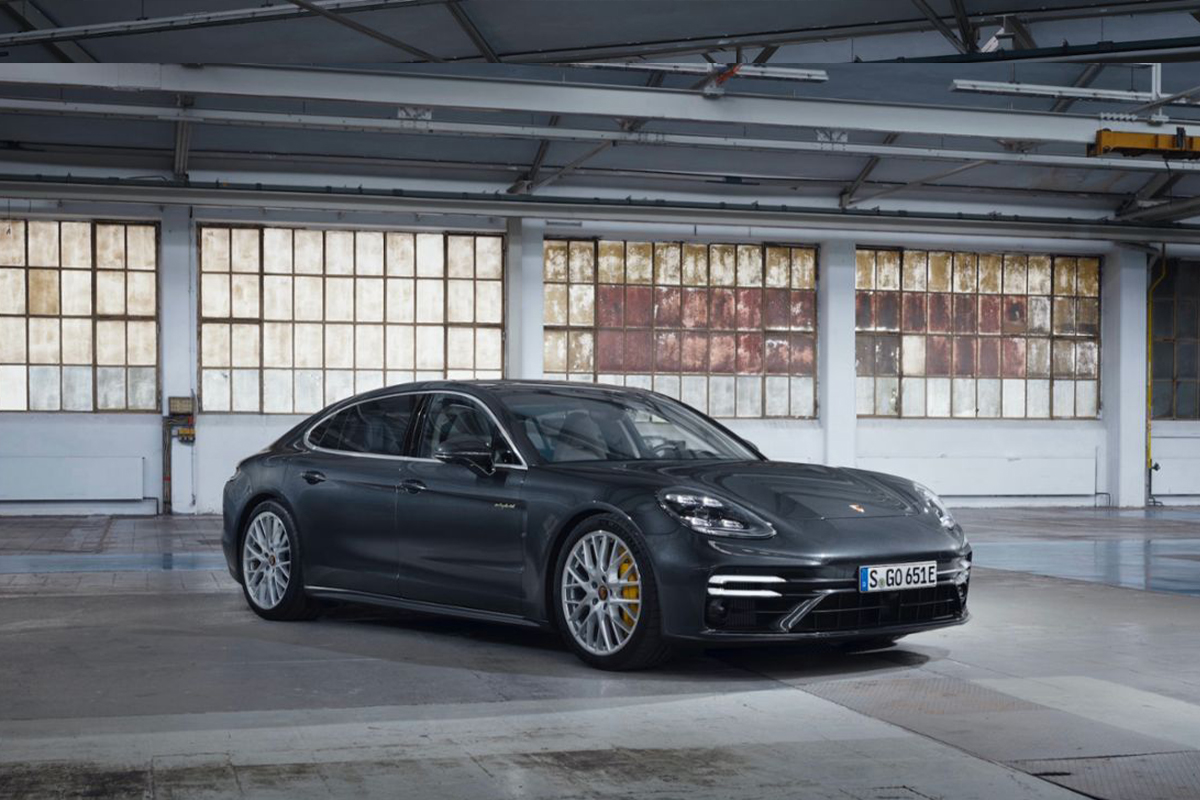 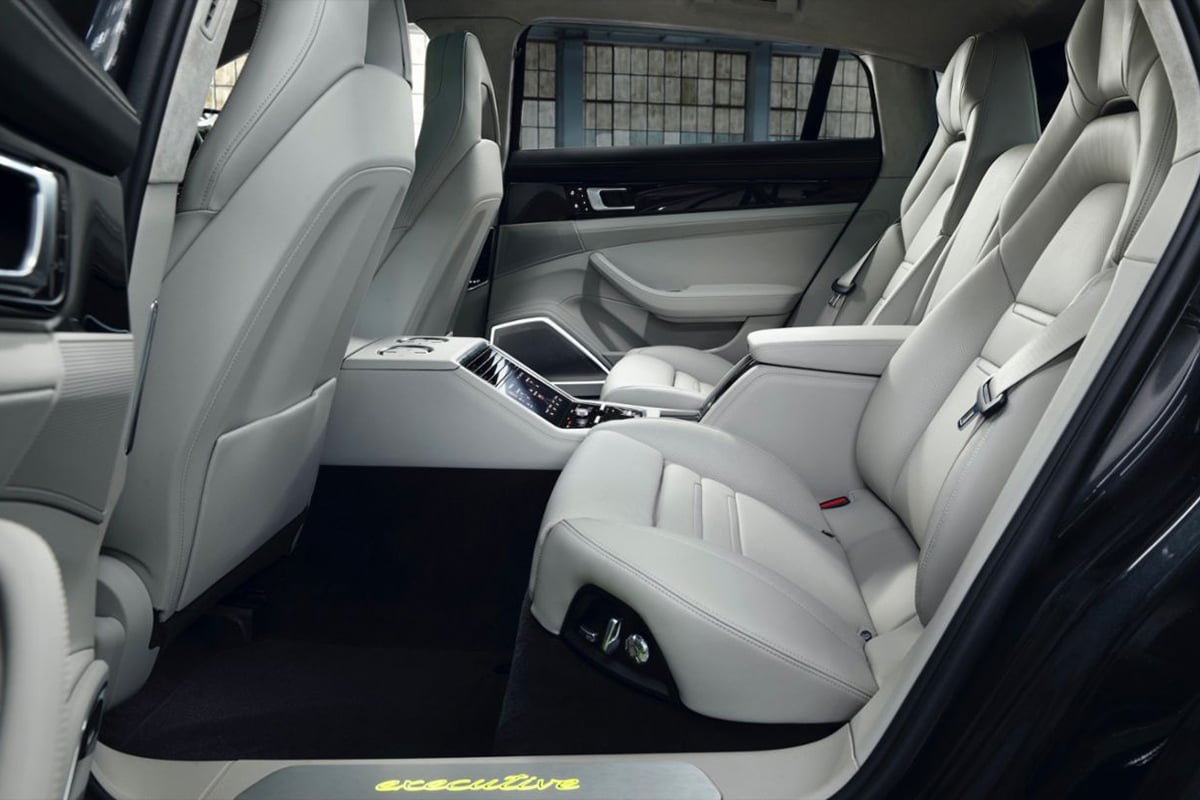 The Panamera offers everything a Porsche should have and two rear seats. Photo: Porsche AG 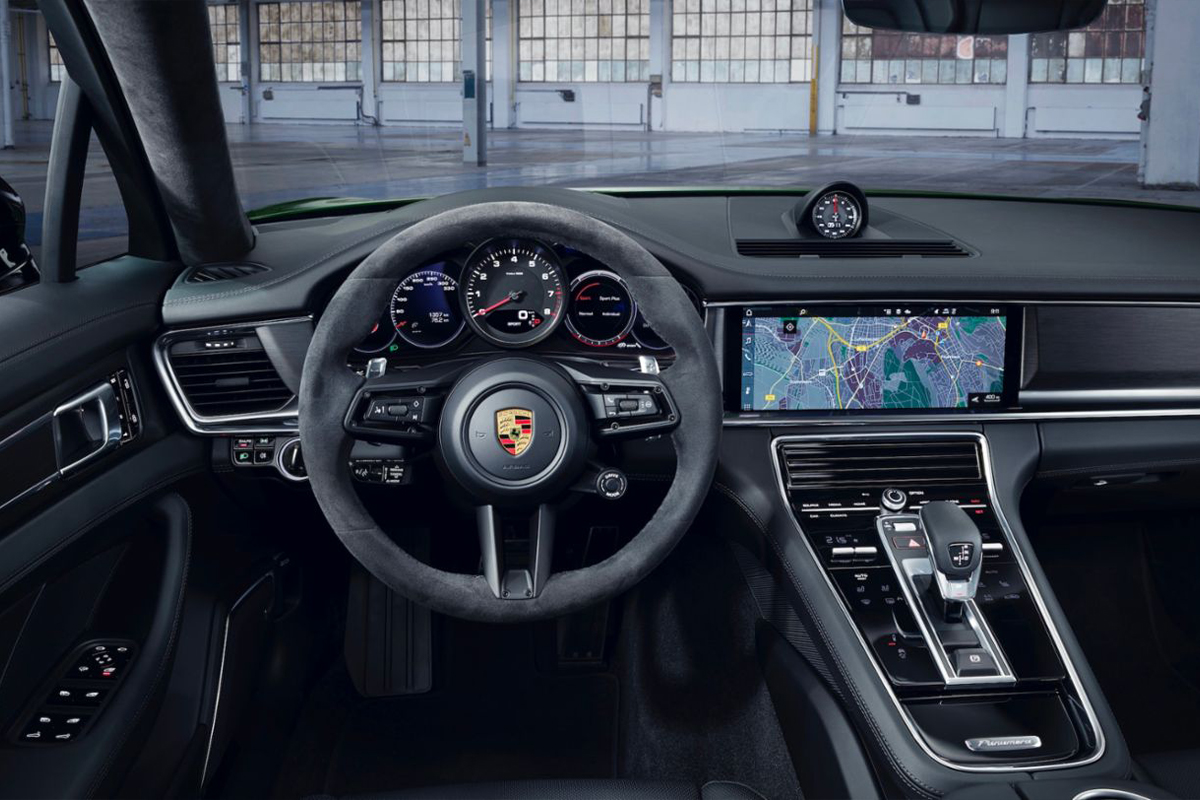 The dashboard of the Porsche Panamera 4S. Photo: Porsche AG 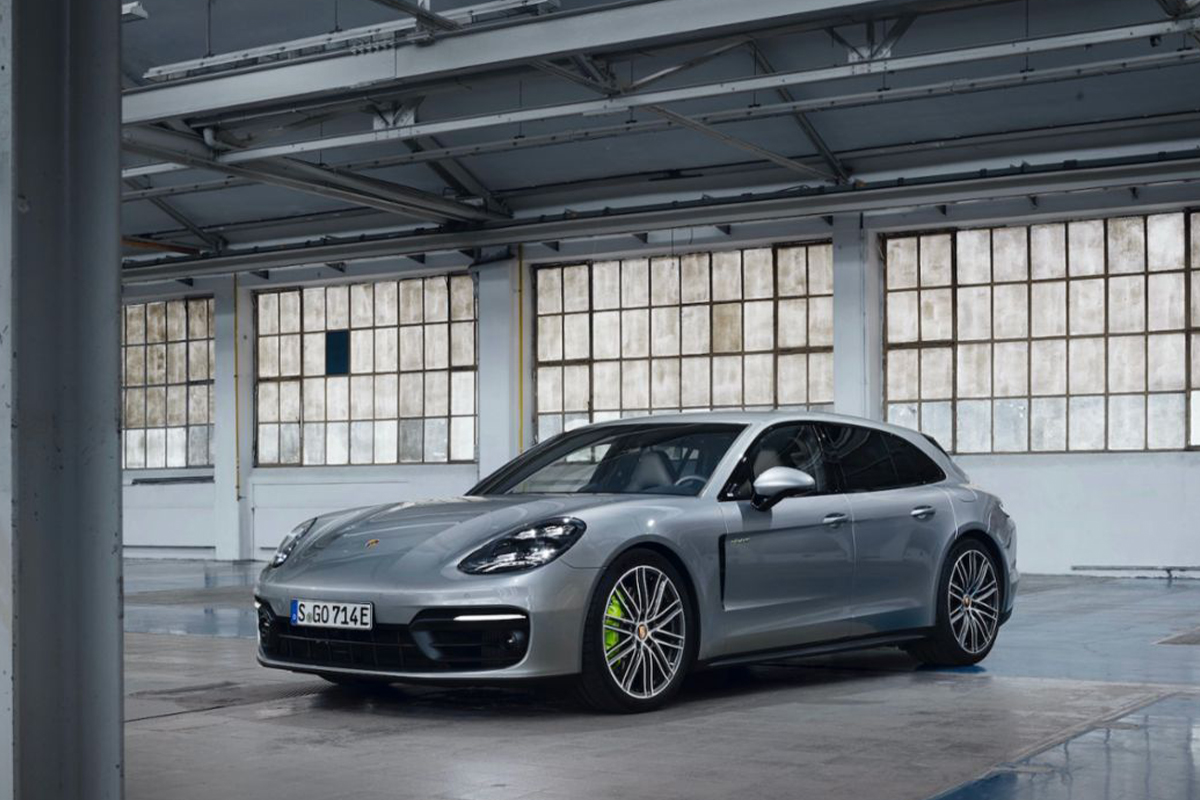 Porsche’s updated 2021 Panamera 4 E-Hybrid has a 2.9-litre twin-turbo V6 engine. It will also receive the 100kW electric motor. The 4 E-Hybrid with the Sport Chrono package can hit 100km/h in 4.2 seconds, beating the previous version of the car by 0.2 seconds.

“The chassis and control systems have been tuned for sportiness and comfort in all new Panamera models. In some cases, a completely new control strategy has been implemented. A new generation of steering control system and new tyres ensure improved lateral dynamics and greater precision. The flagship Panamera Turbo S E-Hybrid comes as standard with all currently available chassis and control systems such as the Porsche Dynamic Chassis Control Sport (PDCC Sport) electric roll stabilisation system, which includes Porsche Torque Vectoring Plus (PTV Plus), rear axle steering with Power Steering Plus as well as the Porsche Ceramic Composite Brake (PCCB) system,” said Porsche.

The latest releases bring Porsche’s Panamera plug-in hybrid count to three including the already unveiled Panamera 4S E-Hybrid. Each is available as a sedan, a long-wheel-base Executive model, or a wagonesque Sport Turismo. All versions have received an updated battery with a capacity increase from 14.1–17.9kWh.

The new Porsche Panamera models are available to order now and will be in dealerships from the beginning of December.