Tesla Model 3: The future is here, at last

Deposits were paid for the Tesla’s model 3 and the car is finally here. But does Musk’s new vehicle live up to hype? Here’s what you need to know. 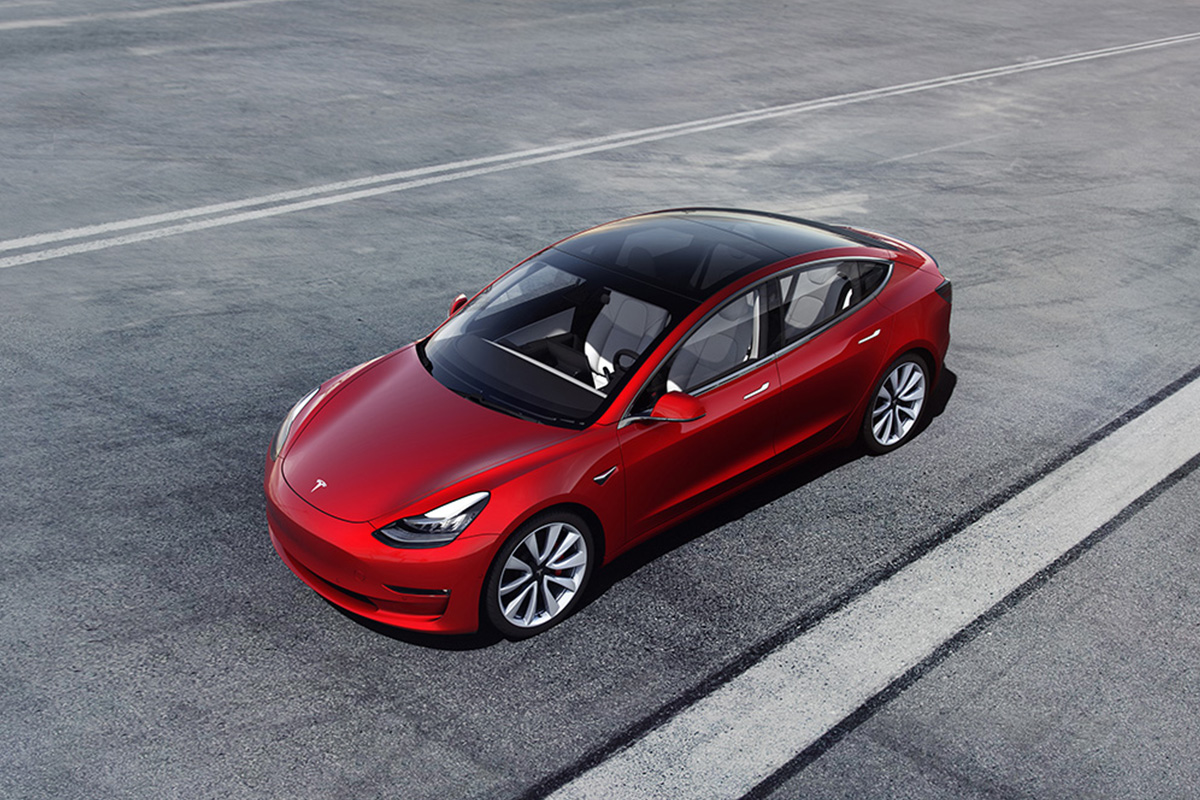 Does anyone actually need a car with an Emissions Testing Mode that consists of making random fart sounds, every time you use the indicators? Or a Romance Mode that provides an image of crackling open fire, which, when you touch the flames, bursts forth with cheesy music so awful it would get booed off, even at a ‘70s party?

Obviously, no, but there is a certain group of humans who will absolutely love that sort of thing, and be even more chuffed with the fact that, when your Tesla Model 3 is stopped, you can turn its 15-inch central screen into a video-game arcade.

They’re called children. And even the really spoilt ones, like mine, who’ve been in Ferraris, Porsches and Lamborghinis, love the Tesla brand more than any other, because not only is it super-cool, screen obsessed and tech-focused, like a tween on wheels, it seems to be aimed squarely at them.

I simply could not resist exploring the incredible, Space X-spec rocket-thrust acceleration of this car.

We all know that Elon Musk, the personification of the Tesla brand, is obsessed with the future, and making it arrive faster, but it’s only when you drive his incredible, game-changing new Model 3 – a car his company simply cannot build fast enough to meet global demand – that you realise how practical that focus is.

Musk is setting his electric-car brand up for success, not just now, but for the generations to come and has modestly claimed that the 3 “is really important for the future of the world”.

Of course there are plenty of adults, or seemingly grown men at least, who will also love all of the things the Tesla can do that have nothing to do with being an actual car. Sitting out the front of your house playing a driving game on the gorgeous screen by using the 3’s actual steering wheel (the wheels of your car turn while you’re doing this, which looks pretty weird) is obviously a unique experience. As is calling up an aerial view of Mars on your satnav.

And then there’s Tesla’s other infamous party trick, Autopilot, which doesn’t involve you actually driving the car, either.

Using the Model 3’s many cameras and radars, it will, on highways at least, keep you in your lane, speed up, slow down, and even change lanes for you, and all you have to do is rest your hands lightly but ineffectually on the wheel, while dribbling slightly into your lap and pondering your own redundancy (okay, dribbling is optional).

I tried this Autopilot in city traffic and I have to say I hated it. Not just because I love driving, and it felt wrong, but because it was jerky and unnatural, like hiring an L-plate driver as your chauffeur.

That software bugbear aside, however, I have to say I loved the long-awaited Model 3, even if it did give me a whole new kind of range anxiety. When you go to pick it up, you see, Tesla has already added the car to an app on your iPhone, which then becomes your key. The first night I had it I was watching my phone battery run flat when I suddenly realised that if it went all the way down, I might be locked out of the car (there is a separate, credit-card key, but I’d cleverly left that in the vehicle).

As for the more common kind of charging anxiety, I had the Tesla for four days, and used just 45 per cent of a full charge, which meant I didn’t have to engage with the unfortunate fact that I have neither a garage nor an outdoor power point.

The inside is far more special and modern, of course, with that mega screen hovering over a single piece of Scando-style timber.

You really would get away with charging this EV once a week, most weeks, although the claimed range of 500km-plus looked a bit optimistic, because I only managed 80km and used nearly half the charge.

I know exactly how I went through so much juice, of course, because I simply could not resist exploring the incredible, Space X-spec rocket-thrust acceleration of this car. All EVs have impressive initial acceleration, thanks to their ability to deliver 100% of torque from zero rpm, and the fact that they have only one gear, which means seamless forward motion.

But this particular Model 3 was the Performance edition, which means it gets the maximum amount of mumbo, which equates to a 0 to 100km/h time of a dizzying 3.4 seconds. Not bad for something that looks, from the outside at least, like a fairly ordinary family sedan.

The inside is far more special and modern, of course, with that mega screen hovering over a single piece of Scando-style timber. Running along the top of that is one single, vast air vent, which allows you to adjust the air conditioning however you like it, using that big screen, of course.

But back to that acceleration, which really is like no normal vehicle. Passengers kept coming back to the same words “rocket” and “video game”. As impressive as the initial zap of whoopee is, it’s the rolling acceleration that really boggles minds. From any speed, at any time, you can hurl scenery at yourself in a hugely scary fashion.

The Model 3 can also corner like a sports car and you can even set up the steering feel however you like it – super light for city driving and parking, or properly German, BMW M3 style chunky for your twisty-road driving.

Speaking of the M3, a fantastic and legendary sports car with years of heritage that Tesla still needs to build up, it was recently beaten in a Top Gear magazine comparison by the Model 3. You could tell they didn’t want it to win, but it did.

Personally, I still wouldn’t buy the Tesla, because I’d miss the sound of an engine too much. Future generations will no doubt prefer the whispering silence of EV driving, however, and there are plenty of people who are excited about this car now, including the untold number who paid a deposit to get on the waiting list in Australia a full three years ago now.

And, of course, it doesn’t matter what I want. My children desperately want a Tesla, and no doubt still will when they’re old enough to buy one.