A common sight on the street corners of the US, we put the Camaro SS (aka Chevrolet aka Bumblebee) through its paces on Australian soil. 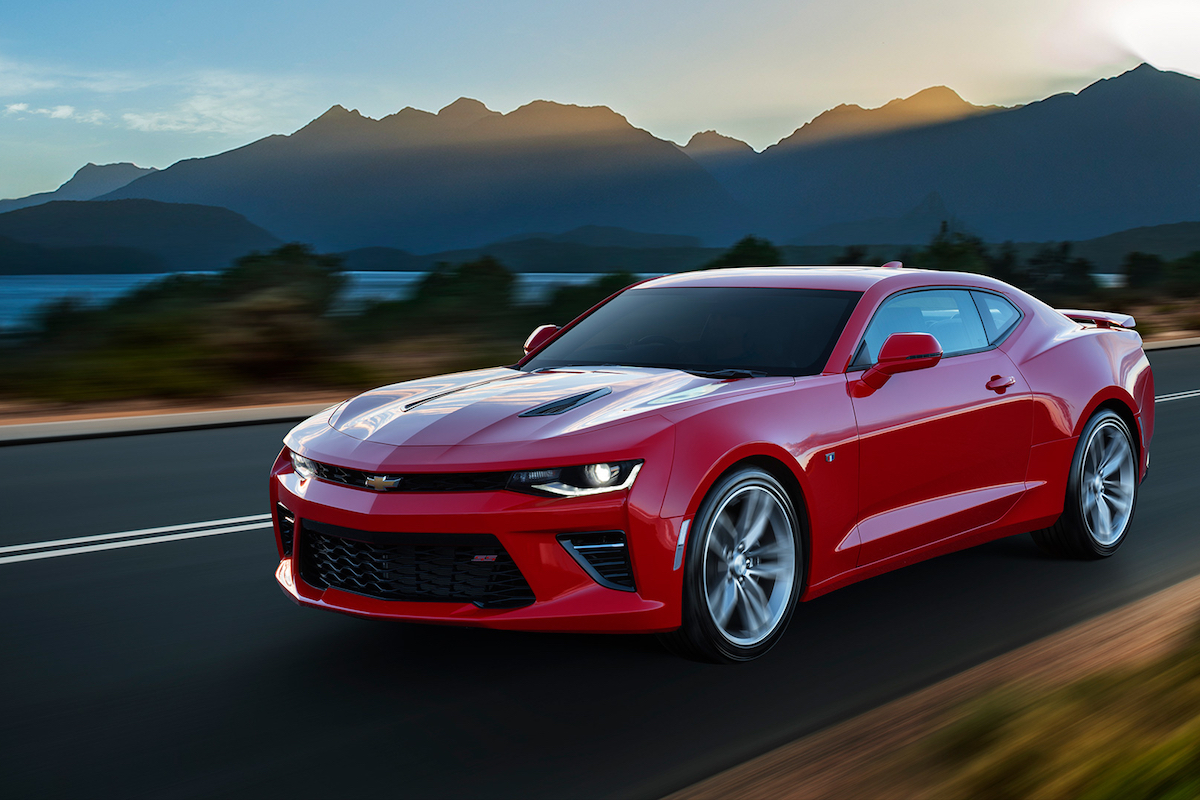 Remember how Australians used to chortle at the Americans, with the same hauteur the British like to apply to the Aussies? We sniggered at US billboards offering “no-win, no-fee” compensation lawyers with suspiciously large teeth, we shook our heads silently at how many of them looked like they’d eaten a swimming pool of KFC for breakfast and we gazed dumbstruck at the dumb-trucks they all loved driving.

Now a pick-up truck is regularly the biggest-selling vehicle in Australia, we’re one of the fattest nations on Earth and our lawyers do the same cringey ads.

As far as cars go, we’re destined to get more and more Coca-Colonised, as both Holden and Ford have become import-only companies (and we do seem to love the Ford Ranger). But perhaps nothing will make our roads look more Californian than the arrival of thrusting American muscle cars like the Camaro SS.

Famous for being very good at going fast in a straight line while making as much noise as possible, the Camaro (perhaps even more famous for its performance as Bumblebee in the Transformers movies and the recent eponymous offering) would be called a Chevrolet in America, and indeed it still wears the logo on its key here, but it has been transformed into that most Australian of muscle cars, an HSV, while having its steering wheel and pedals transferred from the wrong side to the right. 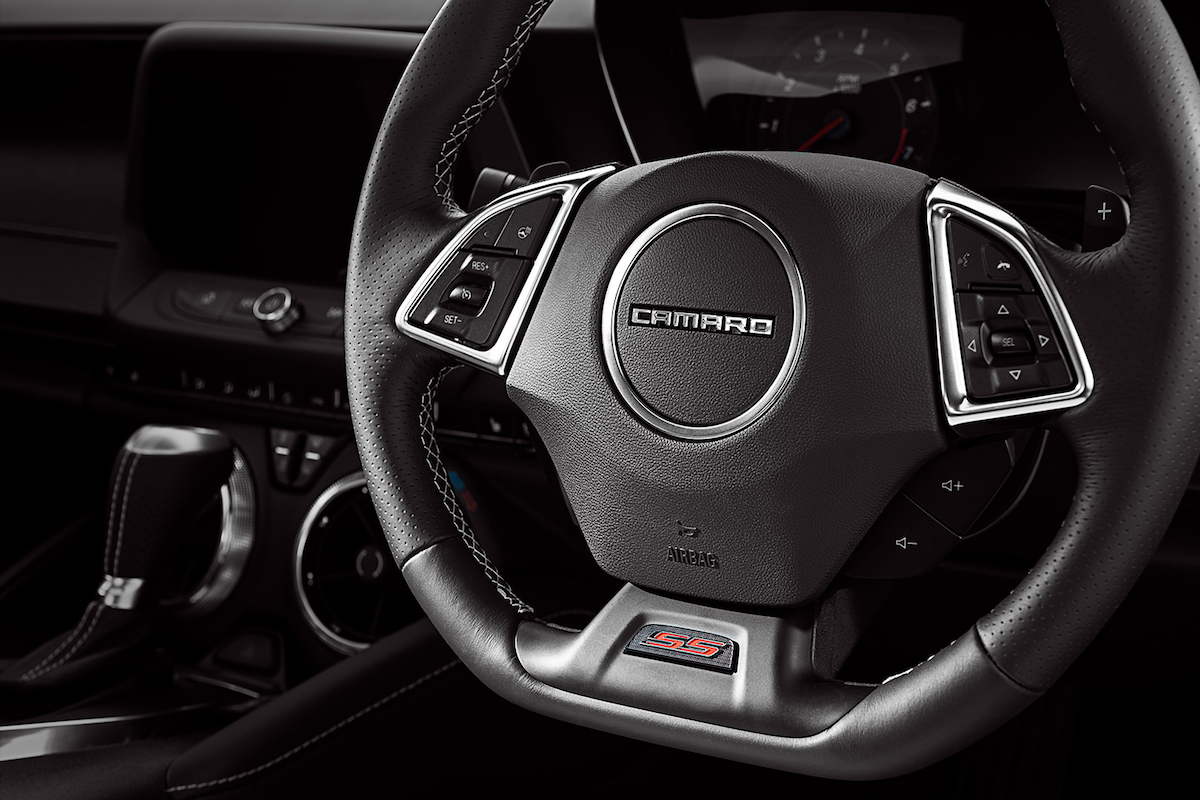 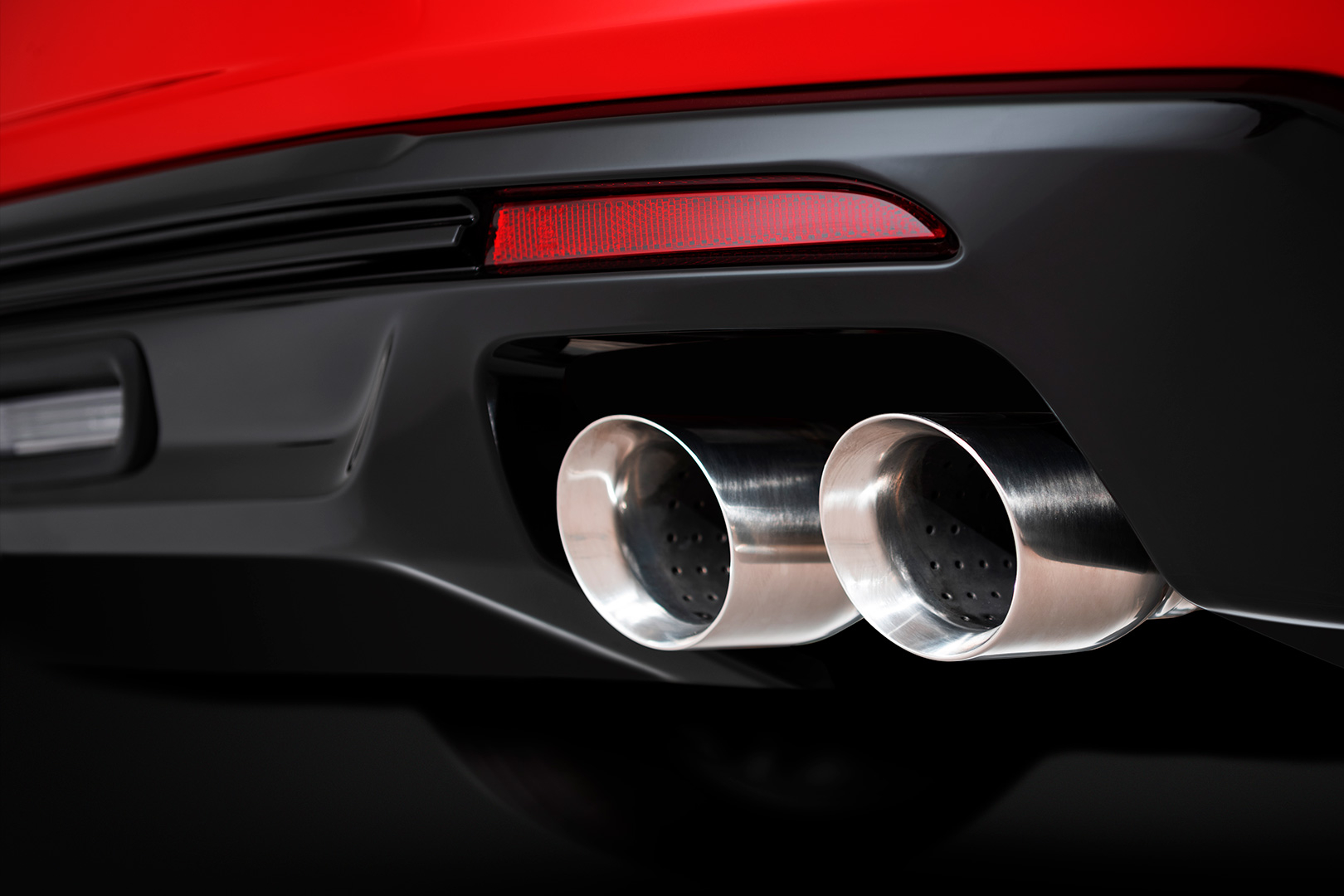 There are, of course, many people who’ve always wanted to drive one of these undeniably cool and mean-looking machines on Australian roads, and a small number of them have, in the past, paid large wads of cash to import them and do the conversion themselves, but HSV is making this possible on a mass-scale, and with proper engineering.

That’s not to say the right-hand-drive Camaro is without quirks. The centre screen seems to be pointing at some invisible midget driver who’s lying on the floor between the seats, which does make it hard to see, and the mirrors, obviously designed to work for someone sitting on the other side, sit flush of their casings.

And then there’s the inherent weirdness of a car that achieves some of its uniquely tank-turret-tough looks by having windows the size of ice trays and a windscreen like a helmet visor. Visibility from the driver’s seat is not poor; it’s much worse than that.

Throw in the fact that HSV wants A$85,990 for a car that costs as little as US$37,000 in the US, and it might seem like the Camaro makes little sense – aside from the fact that it looks so undeniably desirable and, at least for now, still sticks out on Australian roads like an alien space ship.

But then you drive it, and find yourself laughing like a lottery winner, or a lout at the top of Mount Panorama on Bathurst weekend. It’s such perfectly puerile fun that you can’t wipe the smile off your face, from the way the big, noisy and archaic 6.2-litre V8 rocks the car from side to side at idle to the way it erupts with a cacophonous exhaust roar, then peaks with what sounds like a very loud raspberry being blown by a giant.

And it doesn’t just feel and sound stupidly potent, because it actually offers you 339kW of power and 617Nm of torque, enough to hurl its missile shape to 100km/h in just under five seconds. 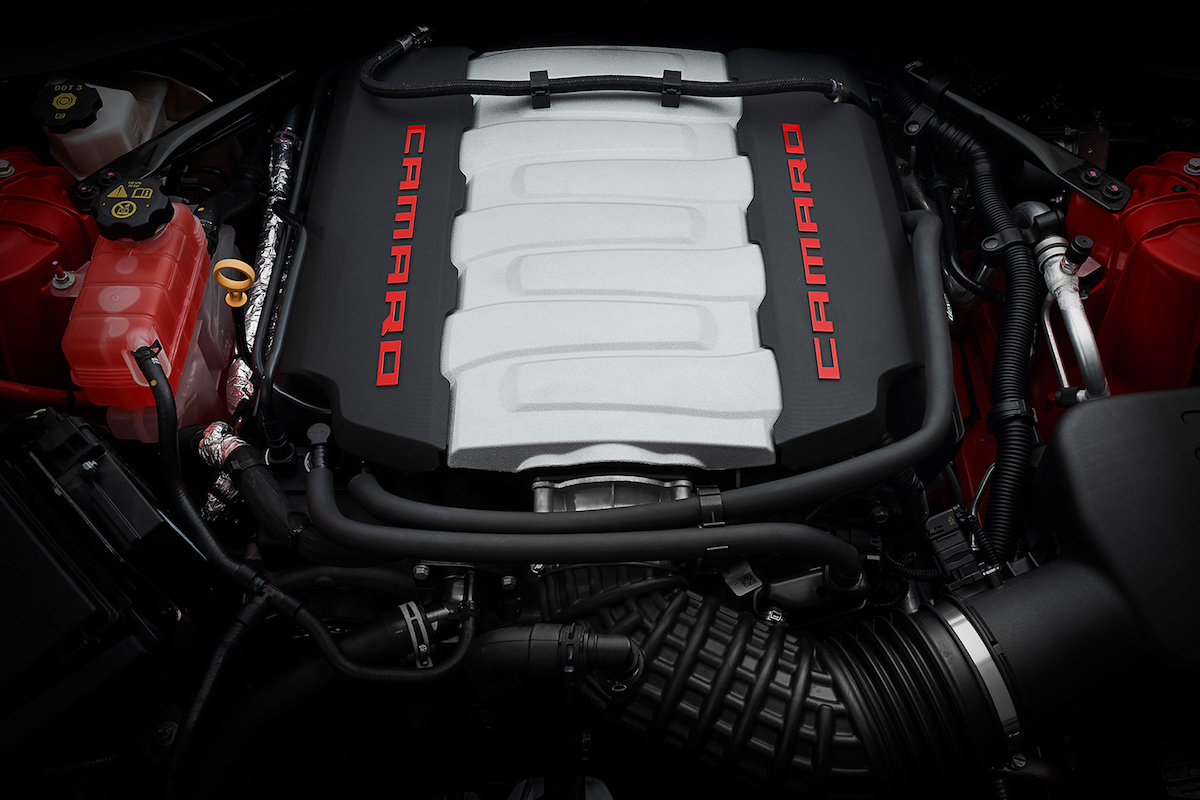 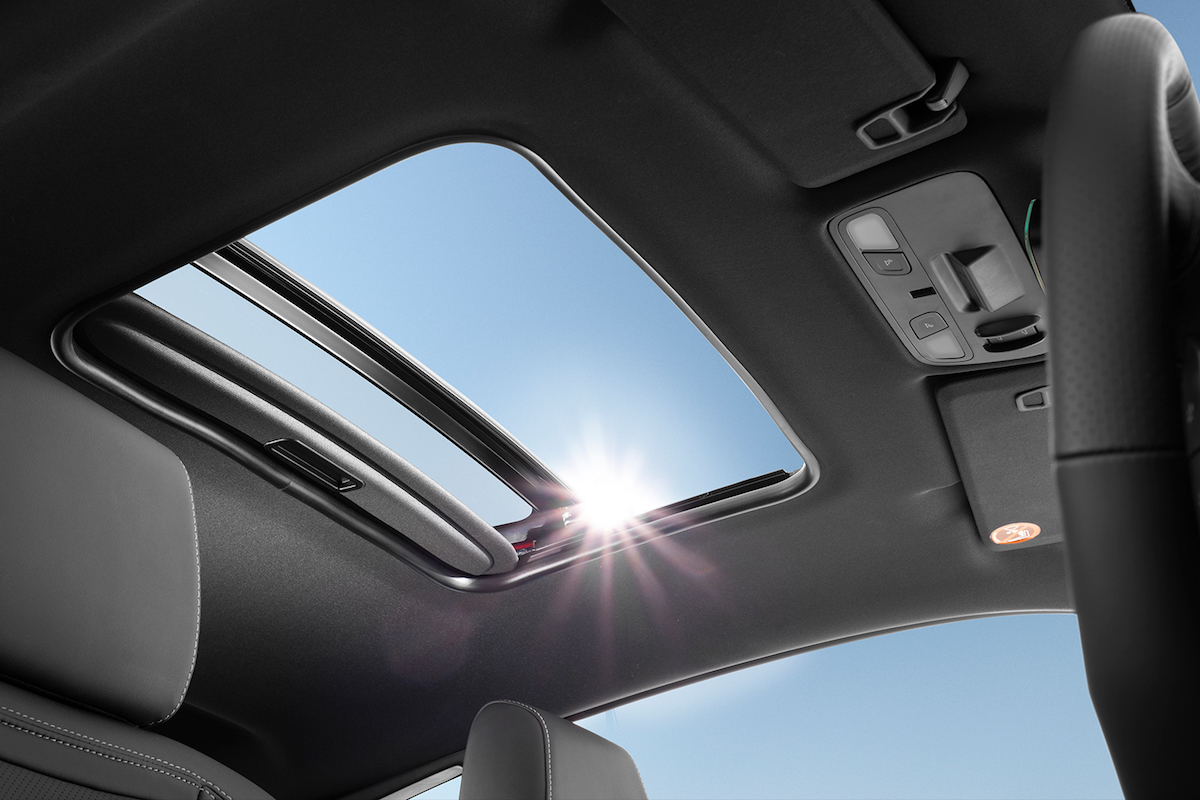 Yes, modern, turbocharged cars are faster, sharper and possibly better, but they just aren’t as hilarious as the Camaro. The way it accelerates brings to mind a carnival ride, because it’s all about maximum g-forces and face-bending fun.

American cars have never been noted for their pin-sharp handling or racy cornering skills, because, theoretically, they’ve always been designed for people who only care about racing from one traffic light to the next, but this version of the Camaro SS is surprisingly willing to attack bends without keeling over.

The steering is heavy and the wheel feels like a particularly classy door snake, but that’s all very much in keeping with the Muscle Beach, California, essence of this machine. It is a brute, but, much like Dwayne Johnson, it’s also multi-talented, and can attack a windy bit of road far more effectively than you might expect.

You do need to be careful with the throttle, though, because all that power is attempting to get to the road through the rear wheels alone, and that means the Camaro will happily snap sideways and get all Hollywood-car-chase on you without too much encouragement.

There’s enough here to satisfy an enthusiast driver, although the same money could buy you a much sharper, more polished and probably better-built German car.

What you get with the HSV Camaro SS that you can’t get anywhere else is that unique mix of American menace and boulevard cool. Those good old Yanks can still put a smile on our faces, with a little help from HSV.

If you’re looking for an exhilarating open-air drive, we check out the all-new McLaren 600LT Spider – the fifth model to boast the acclaimed Longtail name.