BMW Alpina B5 Bi-Turbo: what lies beneath

Based in Bavaria, just like BMW itself, Alpina may not be a well-known name in Australia, but it is seen as a serious competitor for Mercedes-Benz’s AMG brand in places like America. What if Coldplay let Metallica record its next album and, other than a few subtle hints that something was different, didn’t really let on until the first stadium-filling song was dropped on the radio (or, more likely, t’internet)?

This would be a shock, something akin to discovering that BMW has allowed another brand, Alpina, to take one of its cars – the bulky yet beautiful 5 Series – and turn it into a thrash-metal vehicle, albeit one that largely hides its mania beneath a thick, comfortable veneer of respectability.

The strange thing about the existence of the BMW Alpina B5 Bi-Turbo, aside from its unnecessarily long name, is that BMW has its own tuning house, the M Division, which has already made a very sporty, very serious version of the 5 Series called an M5.

Well, it seems strange to us, at least, because Alpina (based in Bavaria, just like BMW itself) is not a well-known name here, but it is seen as a serious competitor for Mercedes-Benz’s AMG brand in places like America.

All you really need to know is that Alpina doesn’t hold back when it tweaks a car, and this B5 has even more power – a whopping 447kW of it – and torque (800Nm) than the already malevolent M5.

What Alpina also wants people to know, however, is that it focuses just as much on refinement as raw craziness.

The B5 gets its own special wheels (with subtle Alpina wheel hubs) and tyres, its own suspension parts, beautifully soft seats (with a pillow-like head rest) and larger twin-scroll turbochargers for the existing BMW 4.4-litre V8 engine.

The Alpina badging tippy-toes the line between being subtle and flagrant, with decals on doors and front splitter, and even a unique badge punched into the BMW-supplied key. It is, in short, a big, bruiser of a thing. If you had to guess, you’d think it was a boxer in its spare time.

No detail is too small to be tweaked, either, and even the digital dash screens feature different, and very 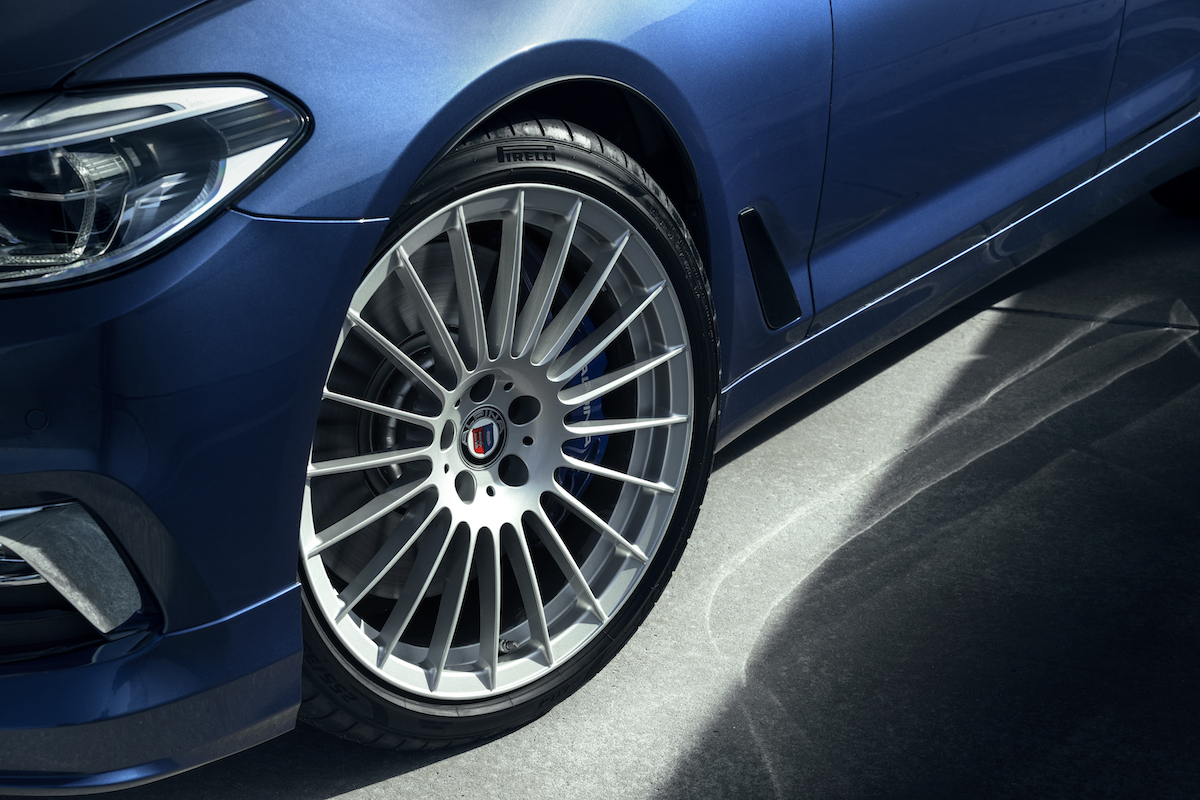 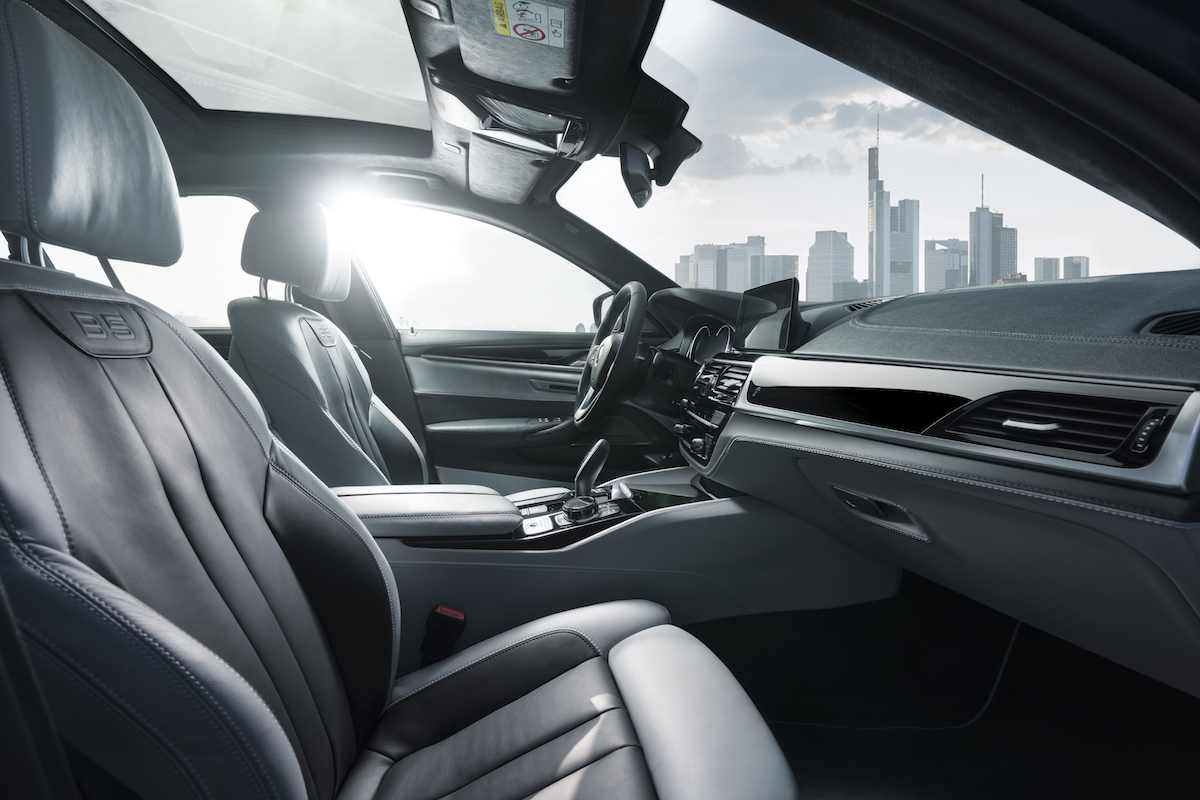 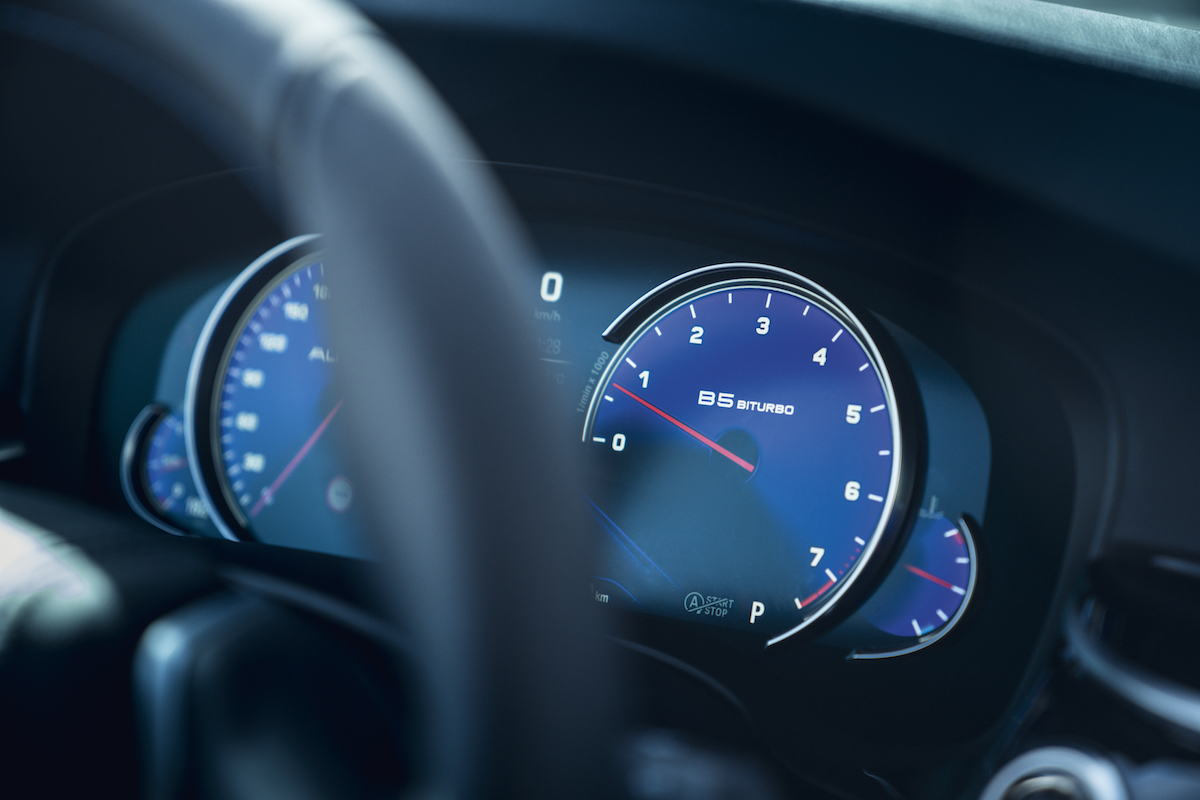 Just as in the case of the M5, the decision has been made to switch to all-wheel drive for this vehicle, rather than the company’s traditional rear-driven approach, simply because there is too much grunt to get to the ground through just two pieces of rubber.

Unfortunately, and somewhat dopily, we spent our first day driving around in the B5 entirely in Comfort mode and thinking that, yes, this is a very luxurious and smooth riding executive express. It feels roomy, quiet and suitably heavy on the road – to the point where you wouldn’t be surprised to find that it was wearing bulletproof glass (it’s not, I asked).

The power delivery feels ample and it’s the sort of car where you do ponder whether you’d be more comfortable in the back. But then you discover the Sport button, and the dash comes alive like a poker machine, a rude grumbling emits from the tailpipe and the B5 becomes BeelzebuBMW.

As your speed rises, in line with your revs, the sounds of heavy metal really do start to intrude into the cabin, but in an entirely pleasing fashion. There is something wonderfully old school about a shouting V8.

Suddenly, you’re leaving traffic lights as if the Devil himself is on your tail, the lightest prod of the throttle to overtake someone causes your passengers to make “ooooph” noises and you really want to stay in that driver’s seat, for as long as possible. 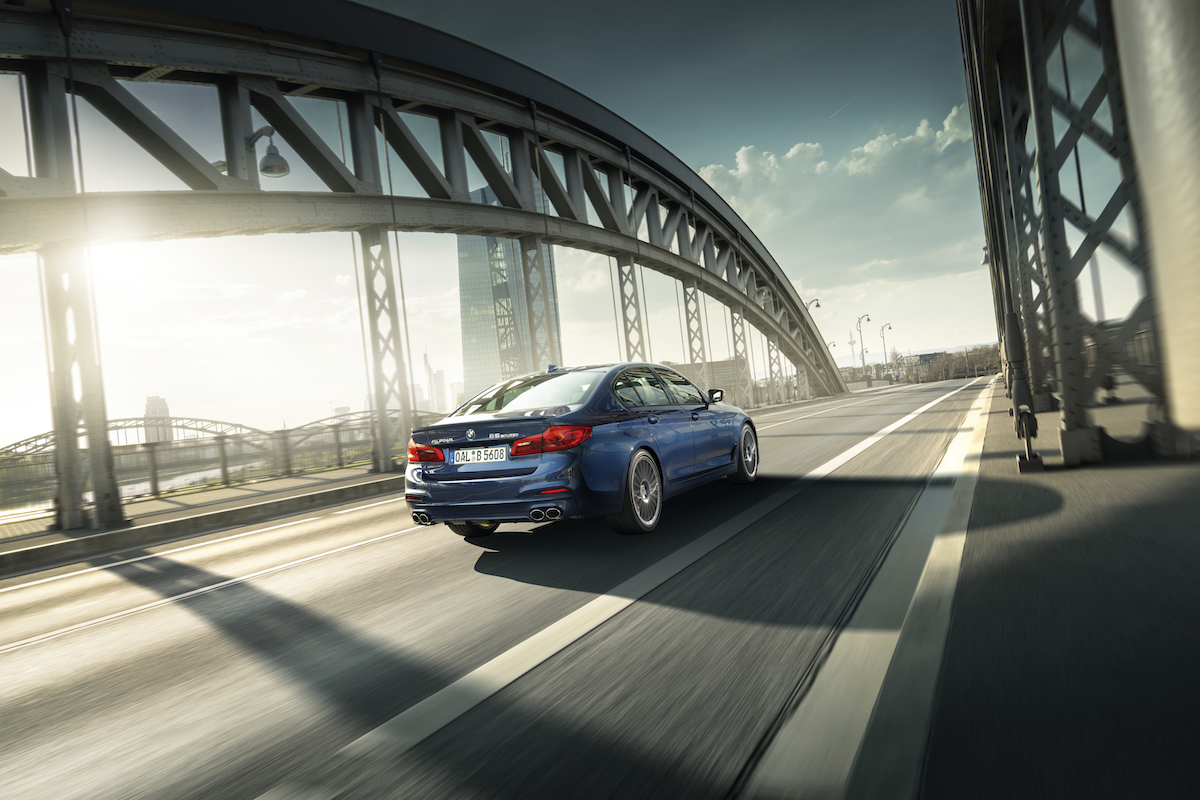 One of the most impressive parts of the car is the brakes, which somehow manage to pull up all of your sizeable mass, repeatedly, without dissolving into dust and smoke.

The steering feels more involving in Sport mode as well, but it’s definitely lighter and less beefy than cars tuned by BMW itself. This is one small failing, but the B5 is surprisingly nimble around bends and always makes the driver feel connected to the road.

Its tyres – Pirelli P Zeros that Alpina says were developed specially for this car – also provide prodigious amounts of grip.

At first we were a bit confused about this car, why you’d want something so left of centre when you could just buy an M5 instead, but if the M5 is special – and it really is – this is just a little bit more: it’s special with icing on top.

Alpina also offers B3, B4 and B7 models (also fettled BMWs, of different sizes), with price tags reaching right up into the stratosphere at A$389,955, but the B5 is at least slightly more reasonable, at A$210,000.
The Alpina B5 Bi-Turbo might hide some of its light under a pleasant-looking BMW bushel, but when you uncover it, it’s a hell of a show.

Find out Stephen Corby’s take on the Audi Q8.