Karah Son’s Cio-Cio-San dominates act two and your emotions suddenly spring to life and soar. Watching Son's performance you realise her voice is up there with the best in the world. 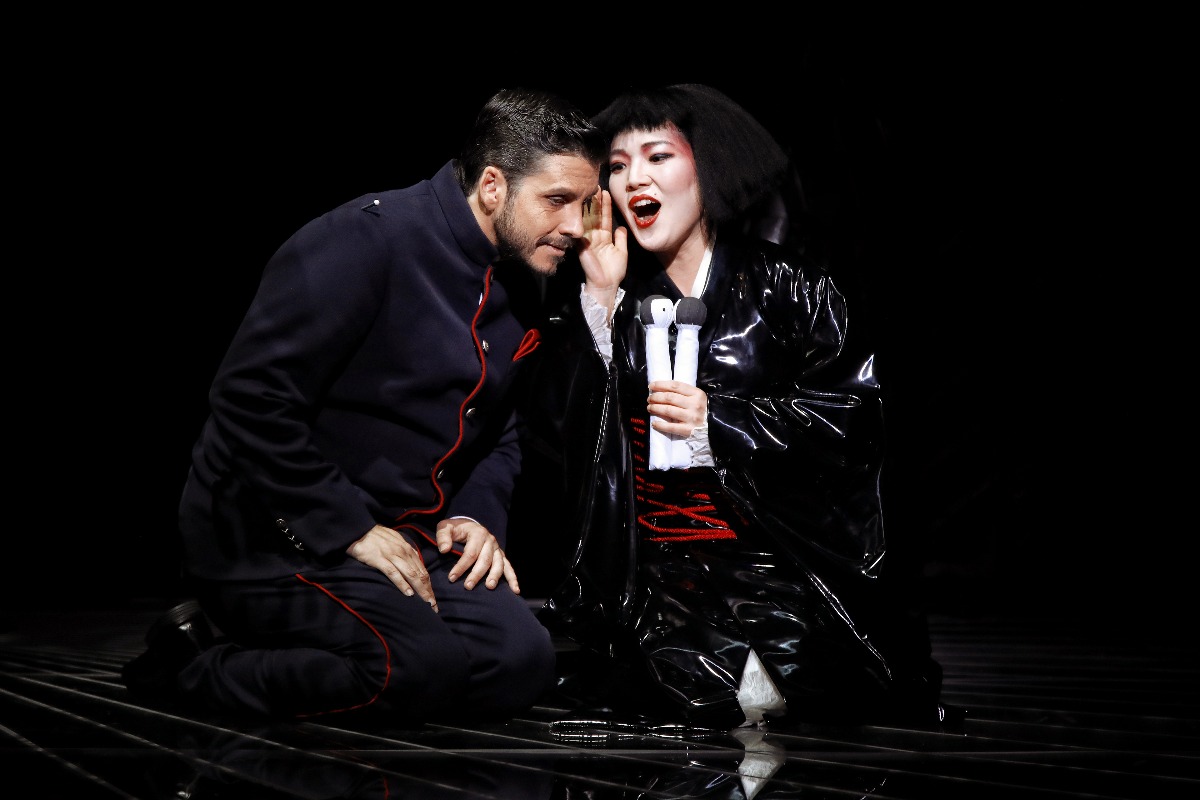 Opera Australia’s new production of Madama Butterfly is captivating and yet it is the performance of the renowned Karah Son, as Cio-Cio-San, that fills your soul with every emotion Giacomo Puccini’s tragedy sought to evoke. She is compelling and takes you with Cio-Cio-San’s every high and every low – and it does go very high and very low.

Madama Butterfly‘s story is relatively simple to understand,and while sung in Italian, there are English and simplified Chinese surtitles. Pinkerton, a US naval officer, is seeing the world in the name of war and pleasure. When ashore in Nagasaki, Japan, he seeks the best and fairest woman and is offered Cio-Cio-San.

Transfixed by her exotic beauty, Pinkerton marries her on sight and Cio-Cio-San, enthralled by his American ways and promise of a modern life in America, falls wholeheartedly in love with Pinkerton. However the dastardly Pinkerton is keenly anticipating the future when he will marry “a real wife, a wife from America”. 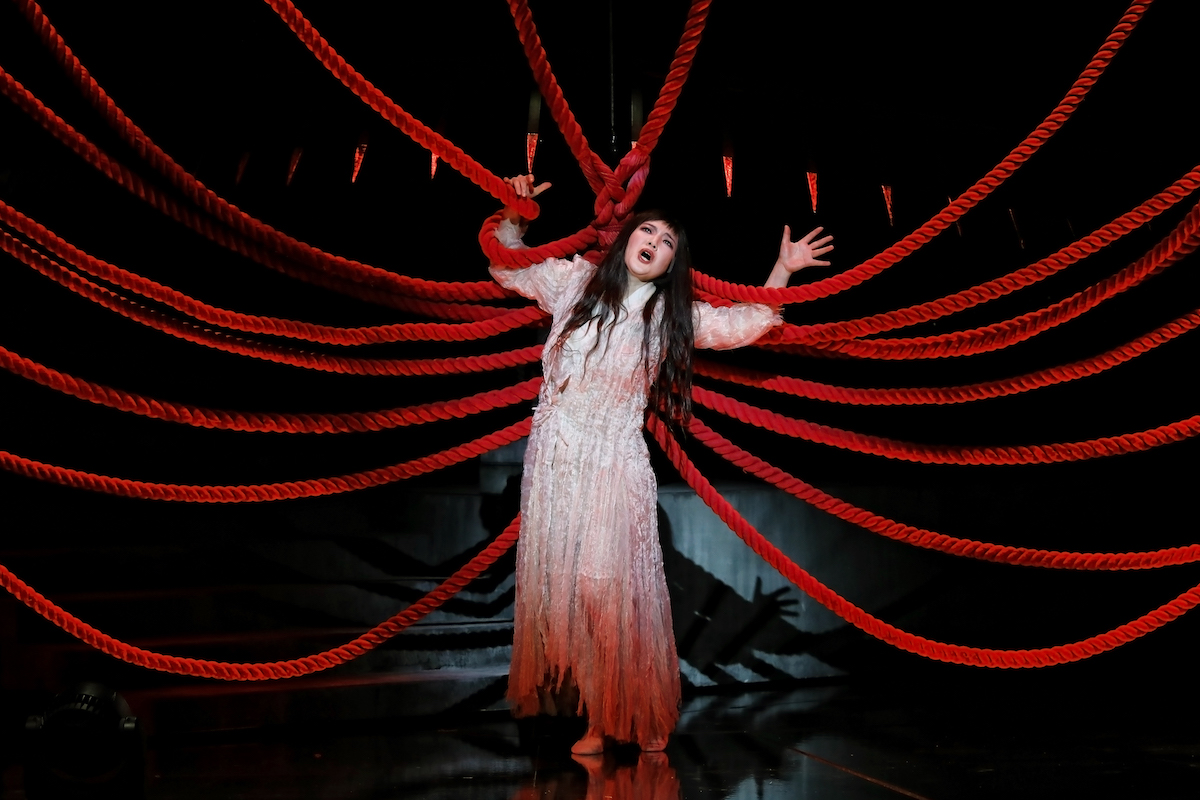 Karah Son is worth the price of admission on her own in Opera Australia's Madama Butterfly at Sydney Opera House. Photo: Prudence Upton.

Murphy’s production is a triumph that should bring in the crowds with most of the action taking place on a suspended stage, that moves and tilts in keeping with the feelings of joys and deep despair that Cio-Cio-San experiences. At times, it seems as if Son may fall off the suspended stage as her despair deepens.

The opening act is visually striking allowing the emotions to rest before a wringing in acts two and three. Cio-Cio-San descends from the ceiling, trapped at the centre of vivid red ropes that are like the wings of a butterfly, as women below fight to entangle themselves from the rope and prostrate businessmen writhe and reach for bodies suspended above the stage. 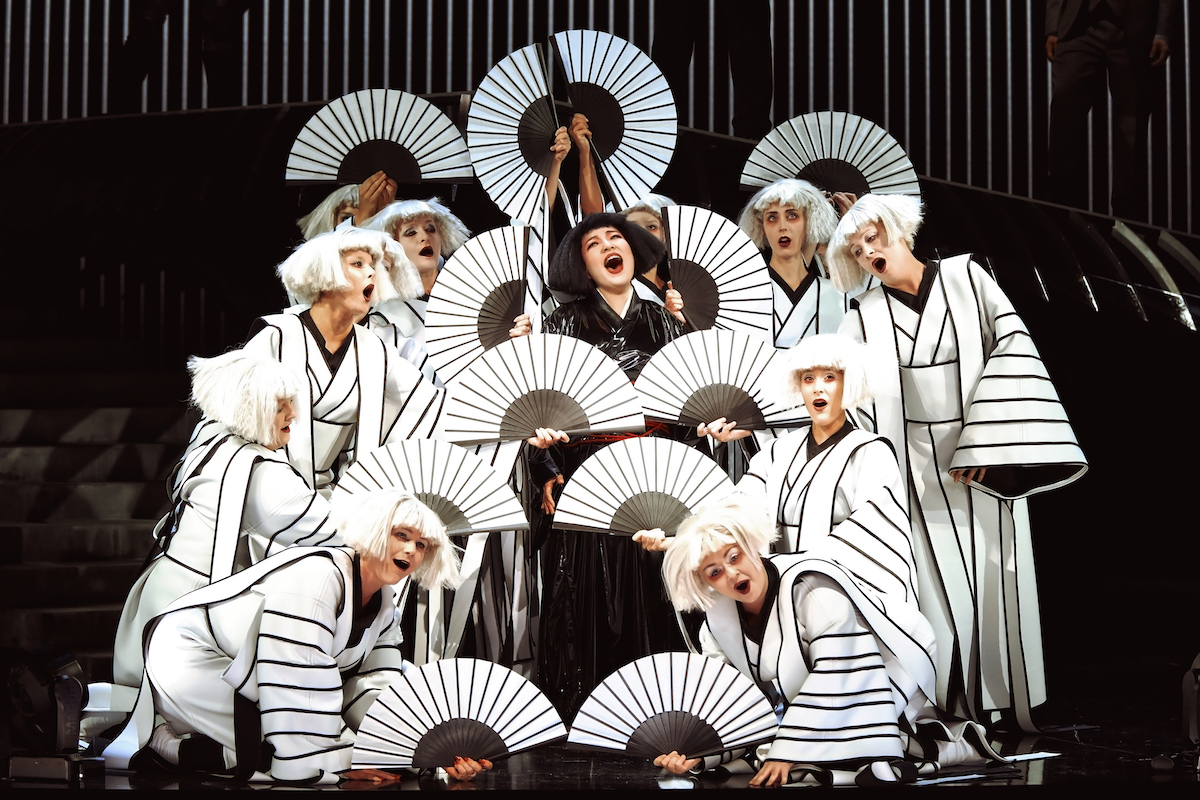 Soprano Karah Son as Cio-Cio-San in Opera Australia's <em>Madama Butterfly</em> in one of the productions's numerous highlights. Photo: Prudence Upton

It is Murphy’s statement to show this is nothing like Opera Australia buffs have seen before. When the sleazy matchmaker Goro (Virgilio Marino) enters the stage he is busy on his smartphone. Your eyes are darting everywhere, there is so much to take in.

Son’s Cio-Cio-San dominates act two and your emotions suddenly spring to life and soar. Watching Son’s performance you realise her voice is up there with the best in the world. She is captivating. Her Un bel dì vedremo reaches incredible heights as Japanese typography sprouting all around her collapses and piles up like bones as she reaches her hair-raising final high note.

The final act breaks your heart as your emotions descend into deep despair with Cio-Cio-San as she is treated abominably by Pinkerton who takes away their baby, the only thing she has left that she loves. When her child cries out to her it is excruciatingly painful, an emotional tear that Cio-Cio-San cannot bear. 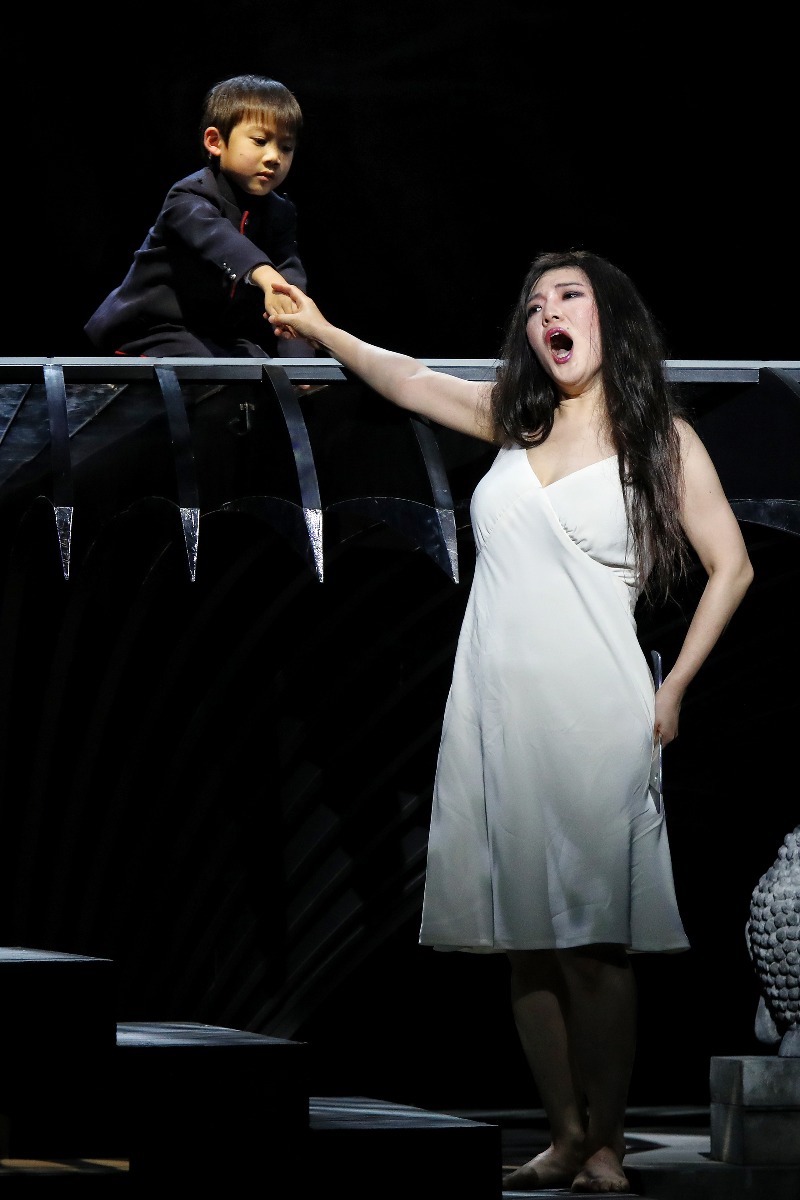 The backdrop was granite grey for the second and third acts and reflects the deepening hopelessness of Cio-Cio-San’s sorry plight.

South Korean soprano Son’s performance was reflected in the thundering applause she received at the end and special mention should be made of her loyal servant Suzuki, played on opening night by Sian Sharp. Her duet with Son, the pair spray-painting colour into their drab surroundings to await Pinkerton’s arrival, is a joy as it tightens and shines the emotional heartstrings about to shatter.

While Opera Australia’s new production of Madama Butterfly doesn’t break the mould entirely as it sets out to in acts and two – act three is more traditional – Murphy’s production does give it new life and meaning in today’s fast-paced world.

A showstopper without doubt.

Opera Australia’s Madama Butterfly is at the Sydney Opera House until August 10. For tickets.