With over 1,500 boats on display, including this year’s best new superyachts, the Fort Lauderdale International Boat Show (FLIBS) is the largest in-water boat show in the world. 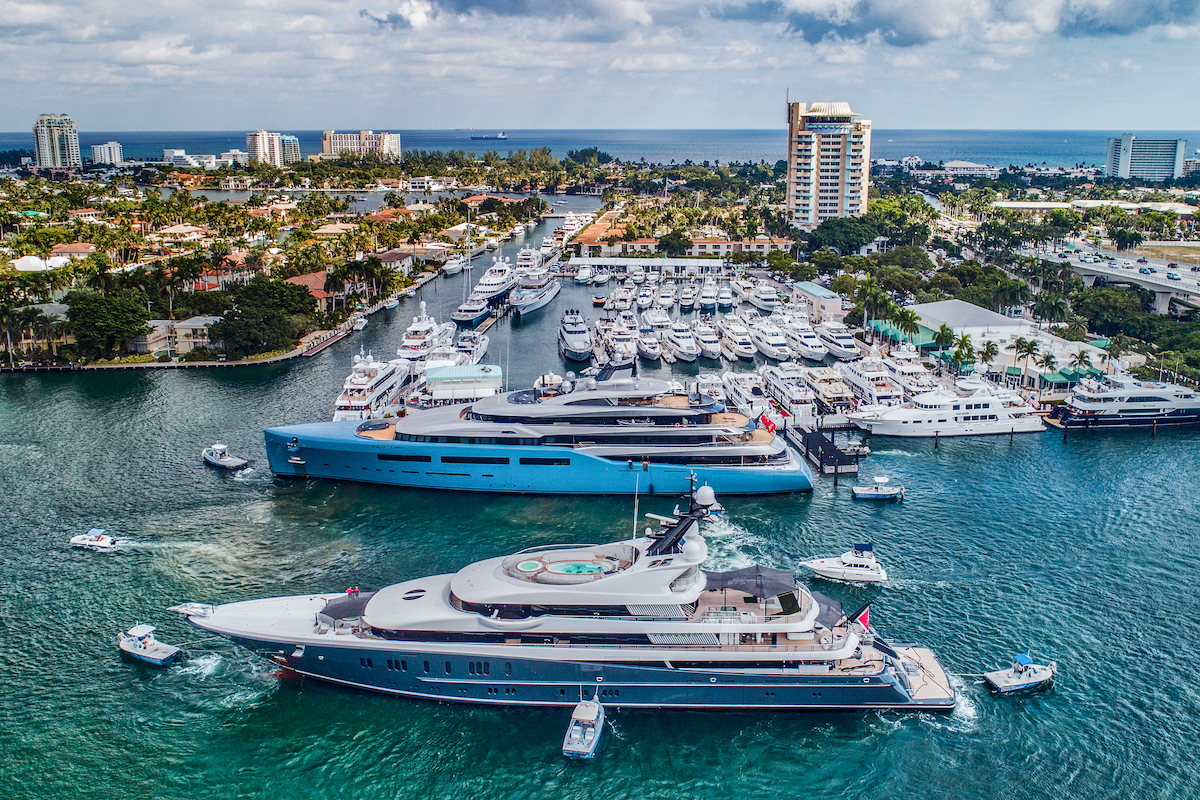 Move over Monaco. After a record-breaking Monaco Yacht Show, which saw the largest ever fleet gather in the principality’s Port Hercules in late September, it’s now America’s turn to host the finest new superyachts of 2019 – and everything else related to luxury lifestyle – at the Fort Lauderdale International Boat Show (FLIBS).

From its beginnings in 1959 as a forum for local dealers and manufacturers to showcase their wares (there were just 13 boats on display that year), FLIBS has grown to become the world’s largest in-water boat show. “FLIBS has evolved into the most elaborate and influential yachting industry event in the world with nearly US$4 billion in product,” commented Andrew Doole, President of US Boat Shows for Informa Markets, which produces the event.

This year’s edition, running from 30 October to 3 November, is set to make an even greater splash as it celebrates its 60th anniversary. To mark the occasion, 15 new build yachts will be on display, including the world premiere of Madsummer, built by Lürssen, the German shipyard with a record of delivering show-stopping yachts. At 95 metres long, she promises world cruising in absolute luxury; along with a helipad and diving facilities, her onboard features include a 12-metre swimming pool, spa and sauna, gym, movie theatre and upper deck skylight and fireplace. Her charter rate starts at a staggering US$1.4 million per week.

Other highly anticipated attendees include Amels’ HERE COMES THE SUN, for sale with Fraser for €155 million; Abeking & Rasmussen’s Excellence, winner of the Finest New Superyacht Award at the Monaco Yacht Show Superyacht Awards 2019; Tankoa Yacht’s ultra-elegant, Italian-designed Solo; and Kismet, the 95-metre classic delivered by Lürssen in 2014, who will fittingly be moored on the Hall of Fame Face dock.

One debut guaranteed to grab its fair share of headlines is the Marquis Lexus LY650, which marks the yachting debut for the Japanese luxury car manufacturer, in partnership with leading yacht design studio Nuvolari Lenard. The 2019 event also marks the premier of the Superyacht Village, a dedicated mooring and exhibition space at Pier Sixty-Six Hotel and Marina for the largest yachts on display, leading shipyards and a selection of yacht toys and prestige cars.

While across the five days of the show, over US$500 million (or US$100 million a day) changes hands in direct sales according to FLIBS organisers, the statewide economic impact of the show on Florida’s economy is valued at US$857 million, almost double that of Super Bowl LII in Minnesota.

FLIBS: A global stage for the yachting industry

Verifying Fort Lauderdale’s position as the “Yachting Capital of the World,” FLIBS attracts industry players from around the globe. Along with over 1,500 boats on display, 1,200 exhibitors from more than 50 countries will also be present.

“The United States remains one of the world’s most important markets when it comes to superyachts and this year we have worked to strengthen our presence at the show,” comments Paolo Casani, Camper & Nicholsons CEO. We look forward to connecting with our clients and also share with them a bit of intel and insights on the new build market.”

Along with motor yachts Qing and X, the brokerage will present De Vrouwe Christina, a classic Feadship sailing yacht, which will be harboured at the Superyacht Village. “We are also premiering our online app in the market, which we launched at the Monaco Yacht Show,” Paolo continues.

Called the C&N 2019 FLIBS WebApp, it will allow users to download specifications of yachts at the show, request appointments and check-in, all with just one click.

FLIBS at a glance