September’s annual showcase of the latest and greatest in the yachting world has come to a close for another year. Despite over 40 world premieres, and a combined fleet value of €4 billion, a legendary superyacht built in 2003 was the star of the show. 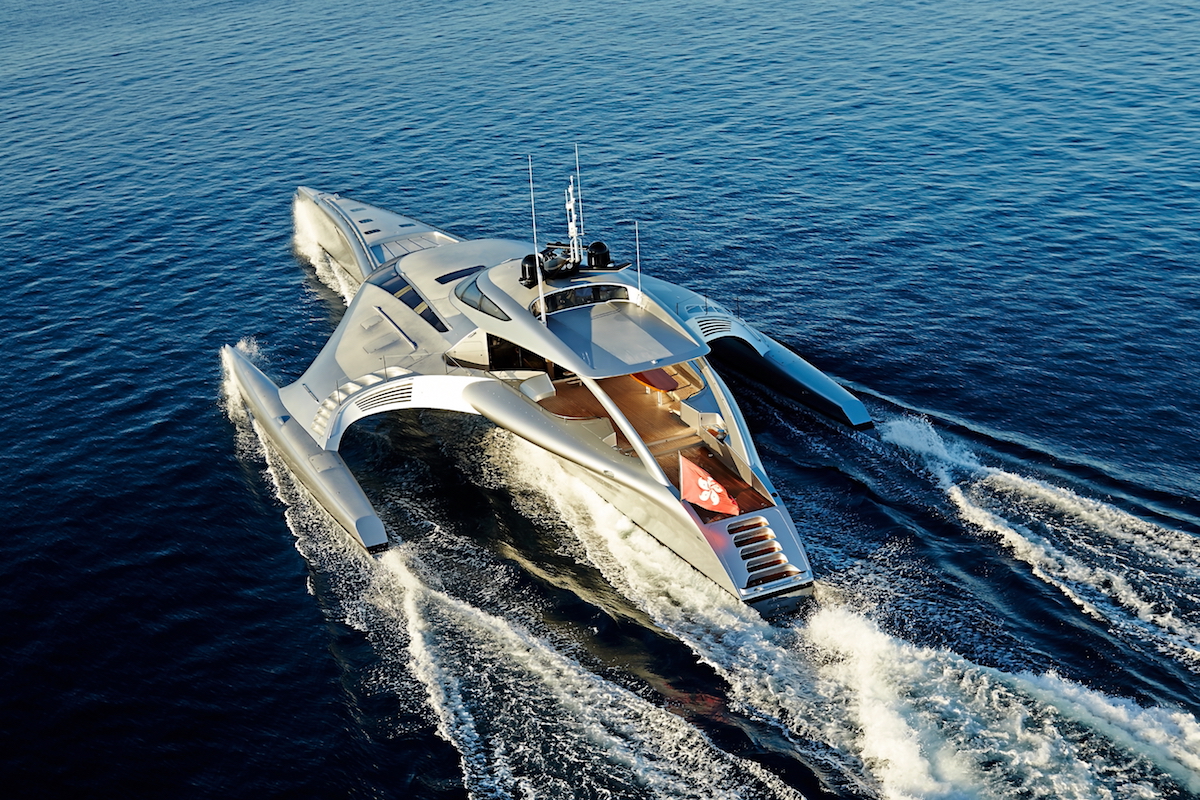 How do you stand out at the world’s leading superyacht event? That was the question asked by over 500 exhibitors at this year’s Monaco Yacht Show (MYS), held from 25–28 September in the principality’s Port Hercules.

Dutch yacht builders Heesen turned to a spot of magic to ignite its early-morning press conference and announcement of Project SkyFall, a 59-metre all-aluminium custom vessel that is truly fitting of 007. With 22,000 horsepower, four water jets and speeds of 37 knots, she is “the most powerful project Heesen has created to date”, according to the shipyard.

Airbus Corporate Helicopters landed an ACH145 on top of the Yacht Club de Monaco while, in the port below, an ACH135 sat onboard Tankoa’s 49.9-metre hybrid superyacht Bintador. ONLY WATCH 2019 unveiled 50 one-of-a-kind timepieces, including the Patek Philippe Grandmaster Chime 6300A expected to reach between US$1.5 and $2 million during a charity auction in Zurich on 9 November.

Some took the action route; there were police on jetskis, Michelin-star chef demonstrations, even early morning yoga aboard the Damen support vessel Joy Rider.

Others preferred to let words speak. Sunseeker launched its superyacht division in partnership with Pendennis and ICON Yachts. Ferretti Group announced both its upcoming IPO and the 165 Wallypower – a “result of the wonderful minds of Espen Øino and Luca Bassani”, commented Alberto Galassi, Group CEO.

There were big yachts, sailing yachts, classic yachts, expedition yachts and even one all-gold yacht: Khalilah, for sale with SuperYachtsMonaco. 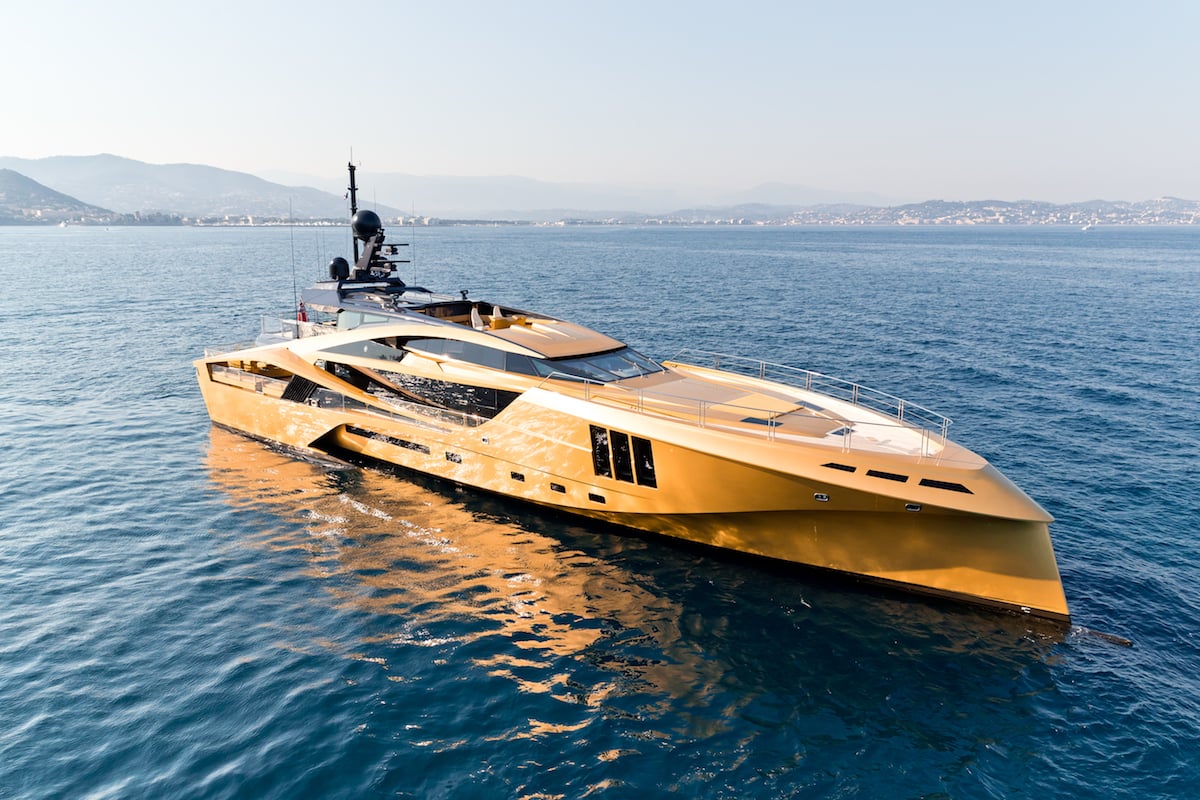 Lürssen presented the longest yacht to be ever shown at the event: the majestic Tis, 111 metres in length, with a jaw-dropping interior that evoked comparisons with Versailles. Not to be outdone, another delivery from the German shipyard, 2016’s Amadea, sat nearby – all 106.5 metres of her.

We all dreamt of owning a vessel like Oceanco’s 90 metre DreAMBoat, while Abeking & Rasmussen’s Excellence offered a masterclass in superyacht glass technology – and was crowned the Finest New Superyacht Award at the Monaco Yacht Show Superyacht Awards 2019.

Feadship’s latest delivery, Syzygy 818, was so fresh (she was launched in early September) that we inhaled the scent of new teak as we took in the view from her Portuguese bridge.

As a temple dedicated to all things yachting and luxury, the Monaco Yacht Show doesn’t disappoint and this year was no different. Of the 125 yachts on display, over 40 were world premieres. It was the largest fleet ever displayed, with an overall value estimated to be €4 billion.

“You have got not only all the industry here, but also the yachts that have been built in the last year.”

Sustainability a focus at the Monaco Yacht Show

Unsurprisingly, much of the buzz during this year’s edition focused on the green initiatives the industry is undertaking.

“The trends we are seeing are naturally around sustainability, about the practices of shipbuilders, as well as the big brokerage firms and crew onboard yachts,” says Ocean Alliance’s Joachim Howard, who has attended every MYS since he founded the luxury yacht agency a decade ago. If the Sydney-based Managing Director had one observation, it was that: “The industry needs to become more courageous and lead the clients as opposed to waiting for the clients to lead them.”

As if its ears were burning, Feadship revealed that it was indeed walking the talk, and that, going forward, electric drive will be a feature of every new build to come out of the yard. “Sustainability is the new status,” commented Marketing and Brand Director Farouk Nefzi.

Heesen and Feadship used the show to reaffirm their commitment to the Water Revolution Foundation, an industry-driven not-for-profit supported by many of the major shipyards with ambitions to “neutralise the footprint of the yachting industry”, as its website says.

As the Monaco Yacht Show approaches its 30th birthday, the principality’s Port Hercules is already at capacity, meaning that many of the scene stealers were found at anchor, a short tender ride out from the show.

Brokerage firm Burgess presented the futuristic trimaran Adastra, for sale for US$12 million, while nearby idled the 136-metre Flying Fox, the largest yacht on the charter market and Planet Nine, one of the new breed of explorer vessels.

Yet, despite the opulent yacht interiors and breathtaking tech advances on display, it was a 16-year old superyacht sitting out at anchor that set the most tongues wagging.

Built in 2003 by Lürssen for the late Paul Allen, the 126.2-metre Octopus is widely-regarded as the original explorer vessel. If boats could talk, she’d no doubt tell you about the many nautical expeditions that have taken her to the most far-flung corners of the world – and back again – as well as the legendary recording sessions with Mick Jagger and Bono that took place in her onboard sound studio. 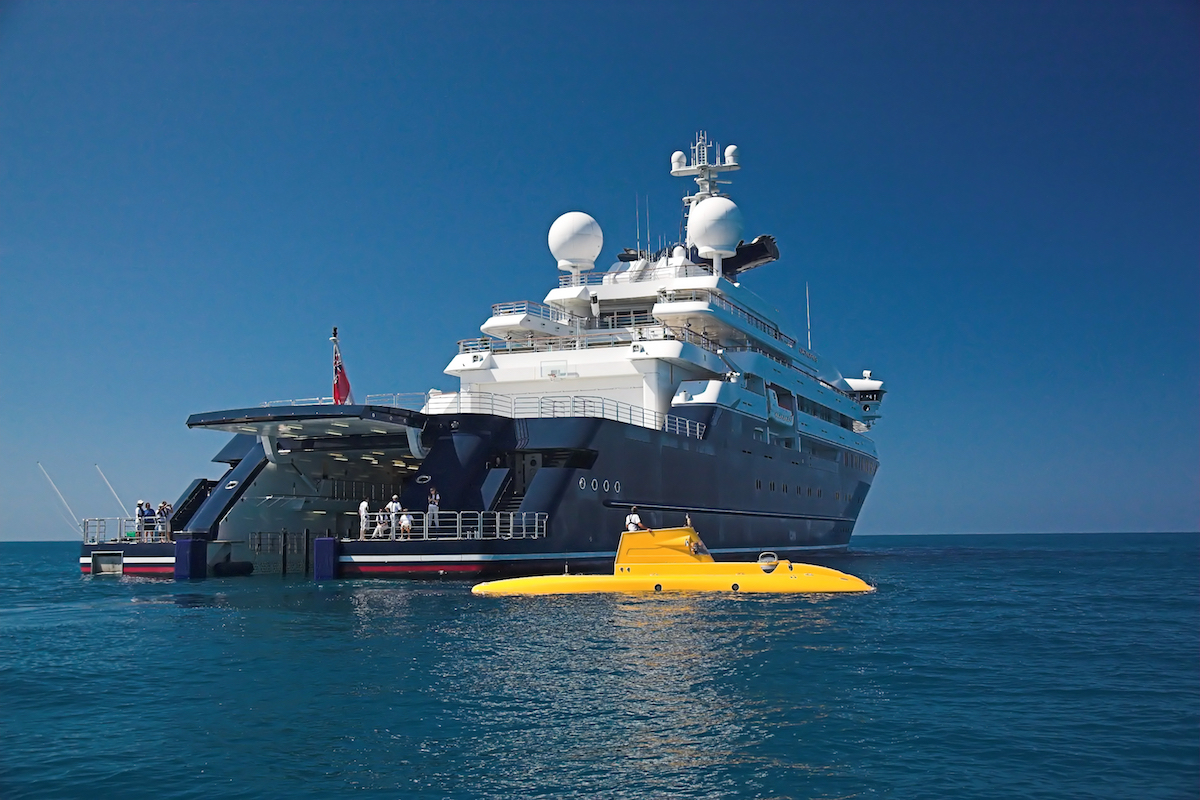 Her dive centre and hyperbaric chamber, yellow submarine, basketball court, glass-bottom underwater observation lounge and two helicopters just add to her myth. Recently put on the market by the Microsoft co-founder’s estate, when it comes to soul and stature, this yacht is in a league of its own.

Only a select few could say they had set foot upon her transom over the four days of the show. For sale with Burgess and Fraser, she could be yours for a staggering €295 million.